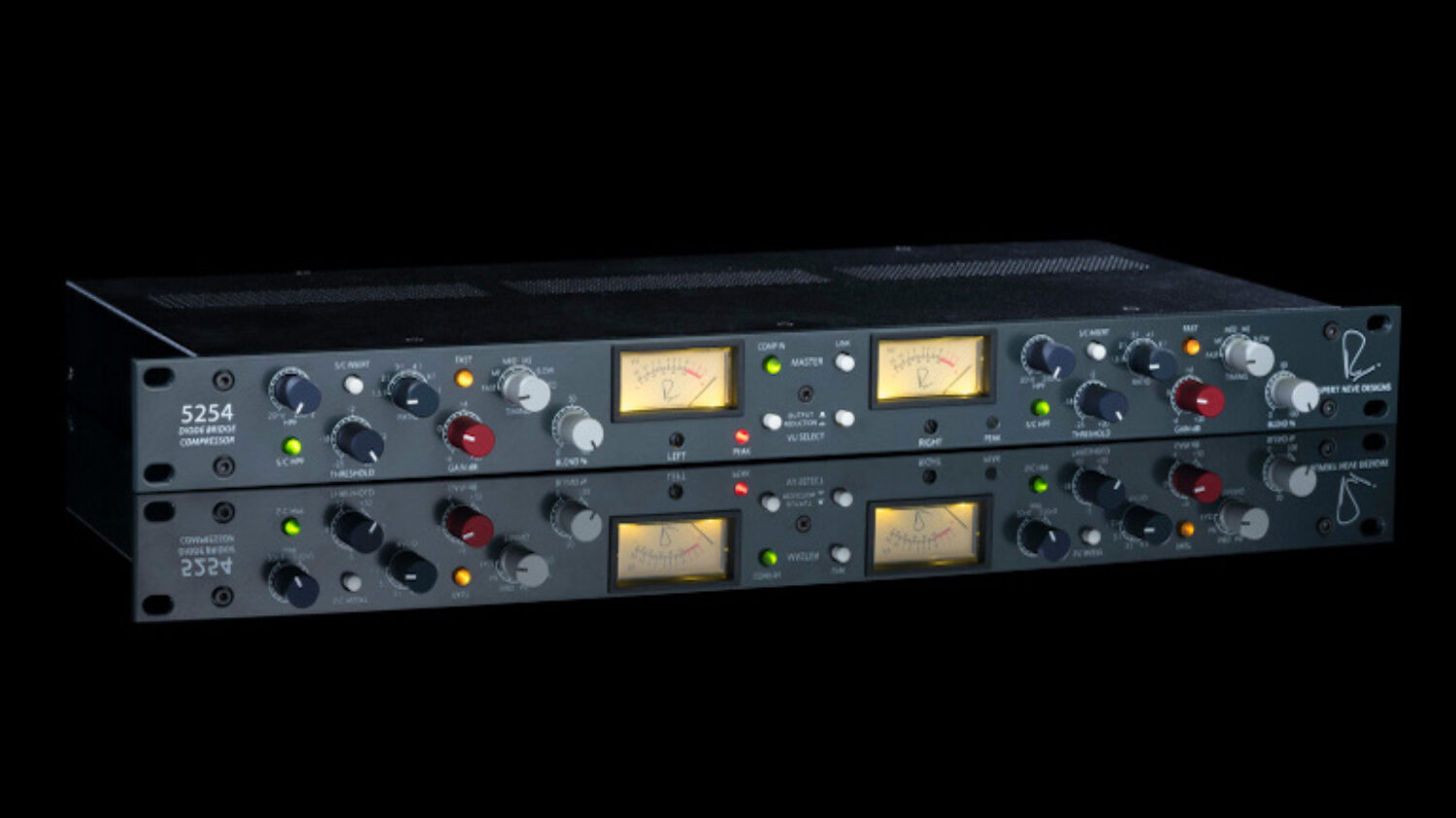 Back in the late 1960s, Rupert Neve developed the 2254 Lim-Comp diode bridge compressor that slowly made its way into recording studios worldwide. These compressors are still revered today as a quality piece of gear, and remain a staple in many studios old and new. Now, Rupert Neve and his new team at Rupert Neve Designs rebooted this compressor with a modern twist. Designed to provide high class compression that holds up in the modern era, while also retaining its vintage elements.

Much like its inspirator design, the 5254 offers two channels of compression that operate in stereo, or dual-mono modes. According to Mr. Neve himself, some of its circuit design was borrowed from the company’s Shelford Channel Strip. Internally, Rupert Neve Designs installed custom transformers, as well as Class-A line amplifiers in its new unit. One feature, that will stand out to many is the lack of attack and release knobs. Instead, the 5254 Dual Diode Bridge Compressor has a unified timing mode in each channel. Both offering six time settings to choose from. Alongside this is the incorporation of the ‘FAST’ button. When engaged, this increases the speed of both the attack and release times simultaneously. Finally, two VU meters sit front-and-center next to each channel. As typically found with other compressors, users can set this to display either gain reduction, or output volume.

We look forward to possibly hearing this compressor in action sometime soon. Especially paired up against that of a classic 2254 Lim-Com, to hear the differences. For now though, the 5254 Dual Diode Bridge Compressor will be shipping worldwide within the month. Rupert Neve Designs has set prices high once again for this compressor, asking $3,599 per unit. Those ready to buy can find their nearest Rupert Neve Designs dealer by visiting this page. Otherwise, for more information on the 5254 Dual Diode Bridge Compressor or other Rupert Neve Designs products, we encourage you to visit the company website.