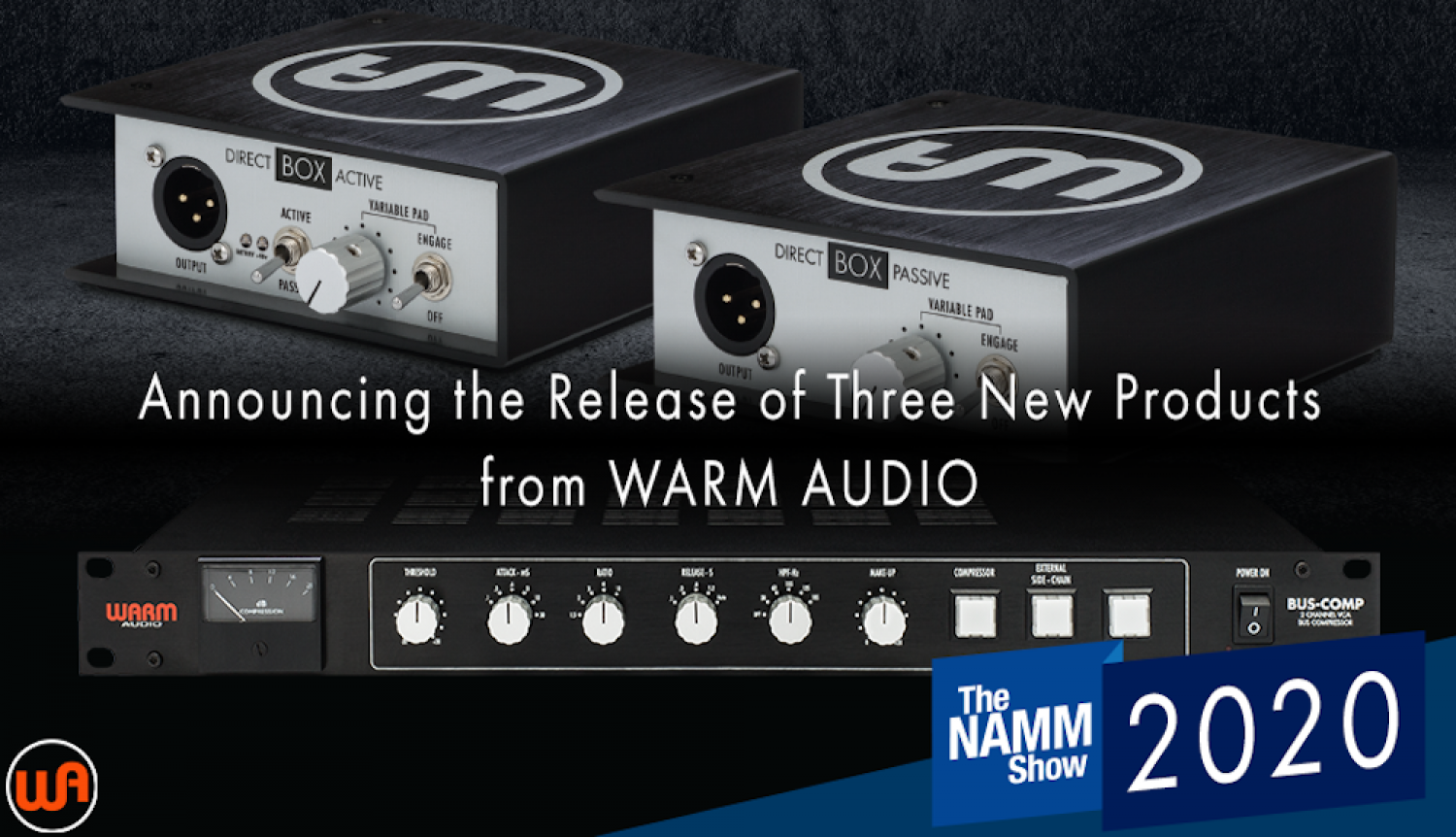 With just weeks to go before NAMM 2020, companies are already starting to unveil their big releases for the year. One of the first big releases comes from Warm Audio, a brand well known for producing high quality gear for people on a budget. This time, in lieu of microphones, the company has decided to dip into territory that it hasn’t touched before. The company has announced two new Warm Audio DI boxes as well as a “Bus-Comp” stereo compressor. Here’s what we know so far about the new pieces from Warm Audio so far.

The company’s new DI boxes come in two flavors, Direct Box Active, and Direct Box Passive. As the name suggests, one incorporates active DI technology, while the other remains a passive box without the need for external power. Both boxes come equipped with a variable pad knob ranging from -30dB to -3dB that can be engaged by a switch to the right. The Direct Box Active will also include a switch for users to choose to let the DI run in passive mode, which means you essentially get 2 DIs in one. Both of these units are packed with discrete technology that are meant to bring the most out of your tone, without losing any integrity. The Warm Audio Direct Box Active will hit the market at a price of $199, with the passive unit just under it at $149.

This exciting new compressor from Warm Audio was modeled after Solid Sate Logic’s G Series Compressor, and our bets are that while it may not sound exactly similar, it should get you pretty darn close. At the far left of the unit sits a small VU meter for monitoring your compression, along with buttons to the right that can be toggled to engage transformers, a bypass switch, and a side chain. Aside from that, a series of six knobs sit right front and center. Most of which will handle the parameters you would find on any typical compressor such as threshold, attack, and release. But the Warm Audio Bus-Comp also gives you the ability to apply a high-pass filter, and level the output volume with a makeup gain knob. The Warm Audio Bus-Comp will run for $699 when it is expected to hit shelves later this month.