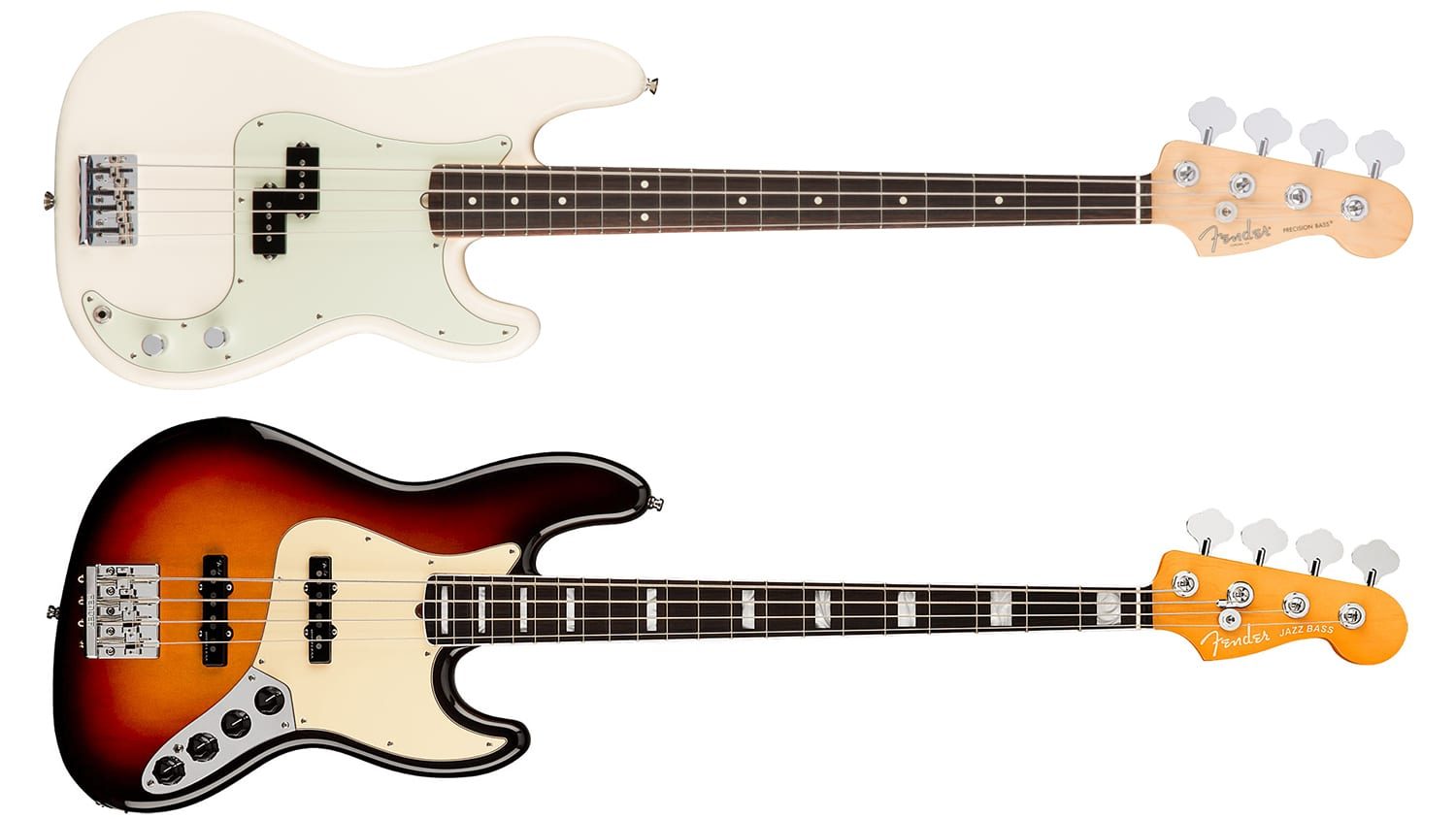 Across all styles of music, the iconic duo of bass guitars that Fender introduced in the early days of modern music are the gold standard for bass tones. Bass players are often faced with the dilemma over which model is the best for them. While they do have similarities, there are some key differences in features and tones in the Precision vs. Jazz bass debate.

This article breaks down the fundamental differences between the two so that you can choose the one that best fits you and your style.

Music History is Made

As the electric guitar became more and more popular, standup bass players were in need of something that could compete with them in volume. So, in 1951 Fender rolled out the Precision bass. It was so groundbreaking that the design really hasn’t changed much since its inception. The Precision moniker descended from the fact that the electric bass had frets, whereas the standup basses that it was meant to replace did not. Therefore, it made it easier to hit specific notes.

A little less than a decade later the Jazz bass was introduced. Released in 1960, it was designed in spirit and appearance to be a complement to the Jazzmaster guitars which came out two years earlier.

With these two trailblazing designs the music world would never be the same. Let’s get in to the differences between the two models. 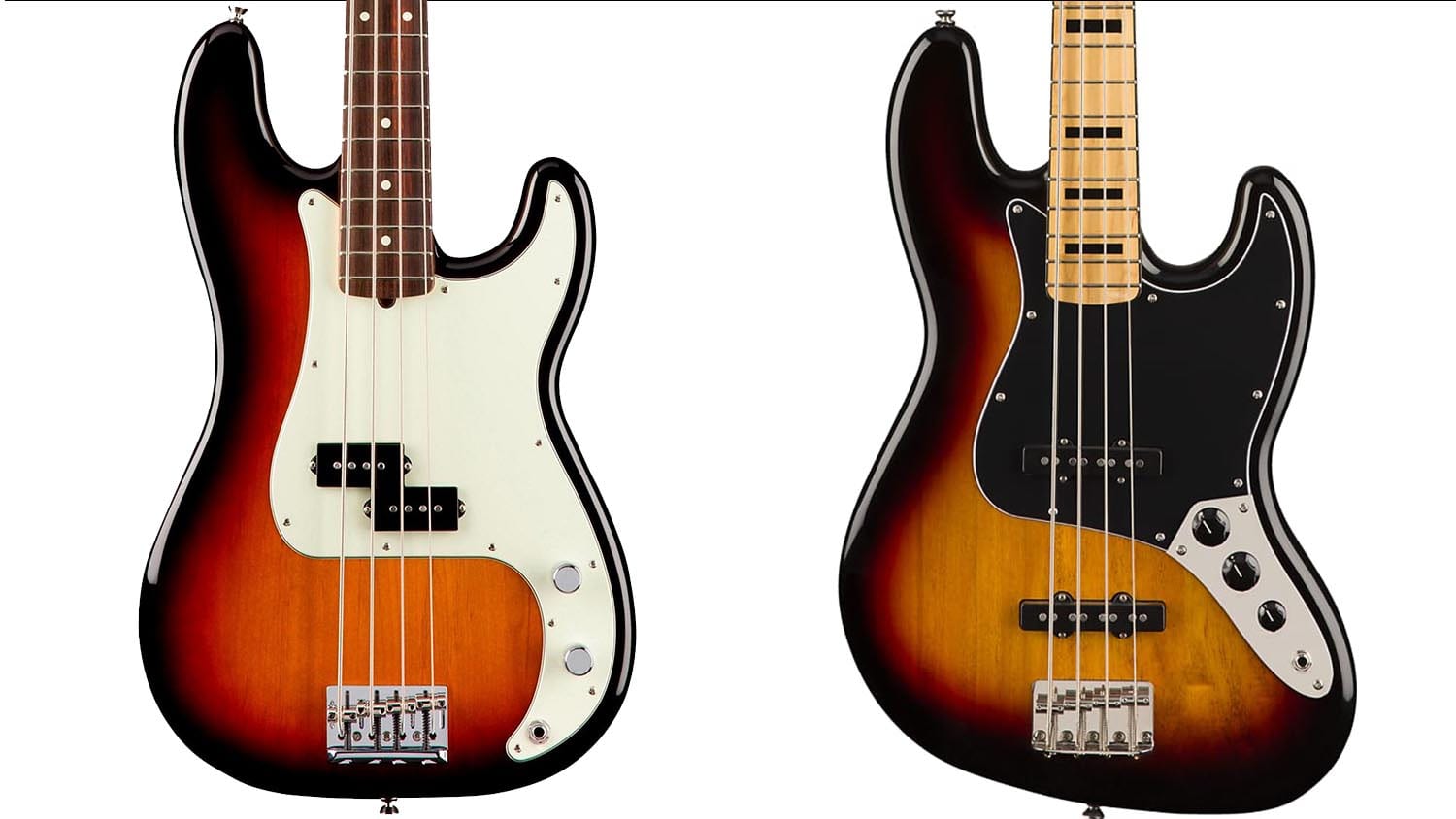 The body of the Precision bass is a double cut that resembles the Stratocaster, while the Jazz bass has an offset body more similar to the Jaguar and Jazzmaster lines. Precision bodies are thicker, while Jazz bodies are slimmer. Both bodies have contours that make them as comfortable as possible to play. 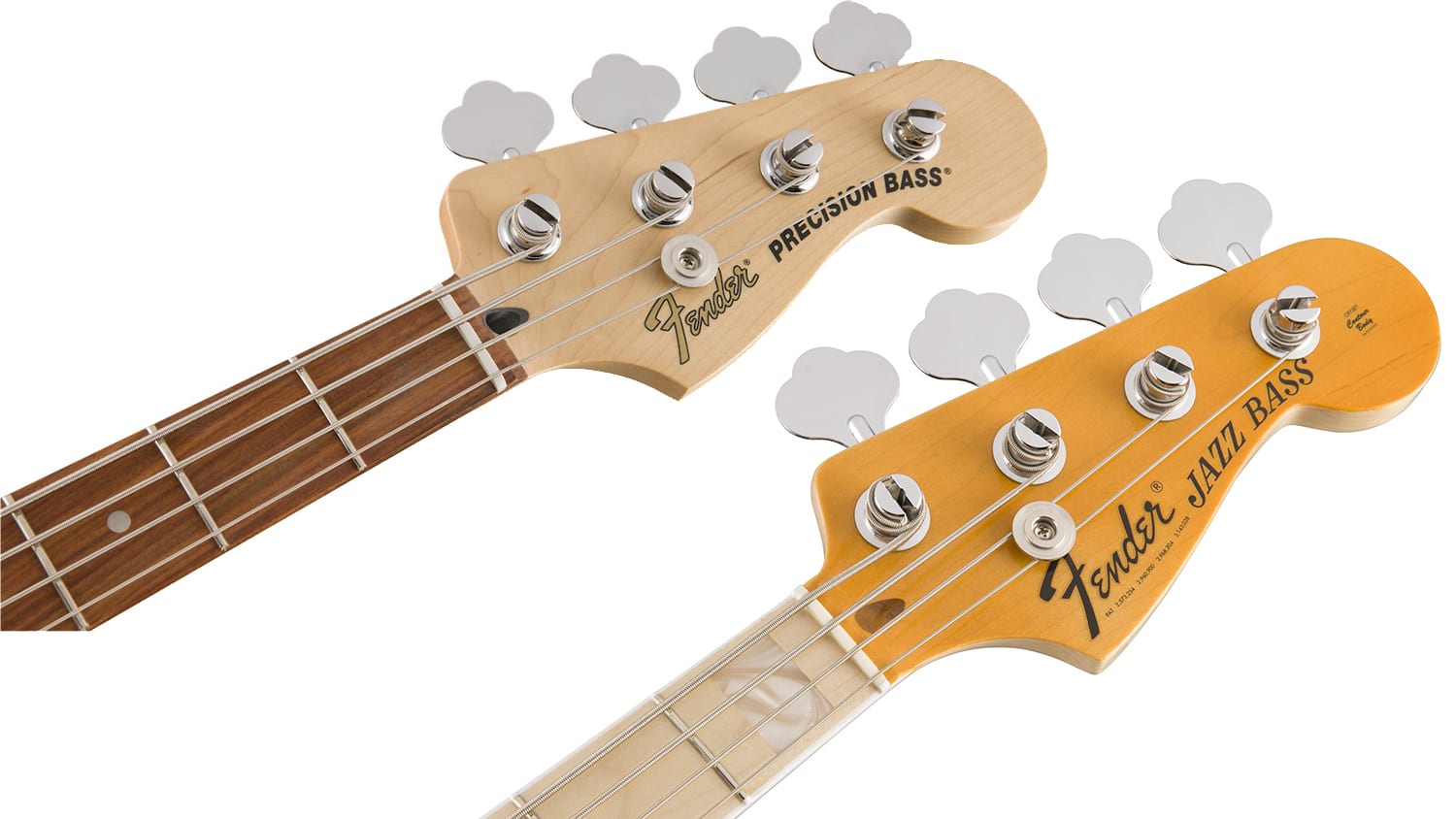 Most modern iterations for both models feature a “C” neck shape. But they differ in a crucial way – the neck differential. A Precision bass neck is thicker and generally maintains pretty much the same width along its length. But it has a subtle taper toward the headstock. The thicker Precision neck provides the characteristic rock tone that has made countless recordings.

On the other hand, the Jazz neck is a bit more ergonomic. It has a much more obvious taper toward the nut with the strings closer together. This is one of the reasons why Jazz basses are favored by funk, jazz, and reggae players that like to make fast changes. 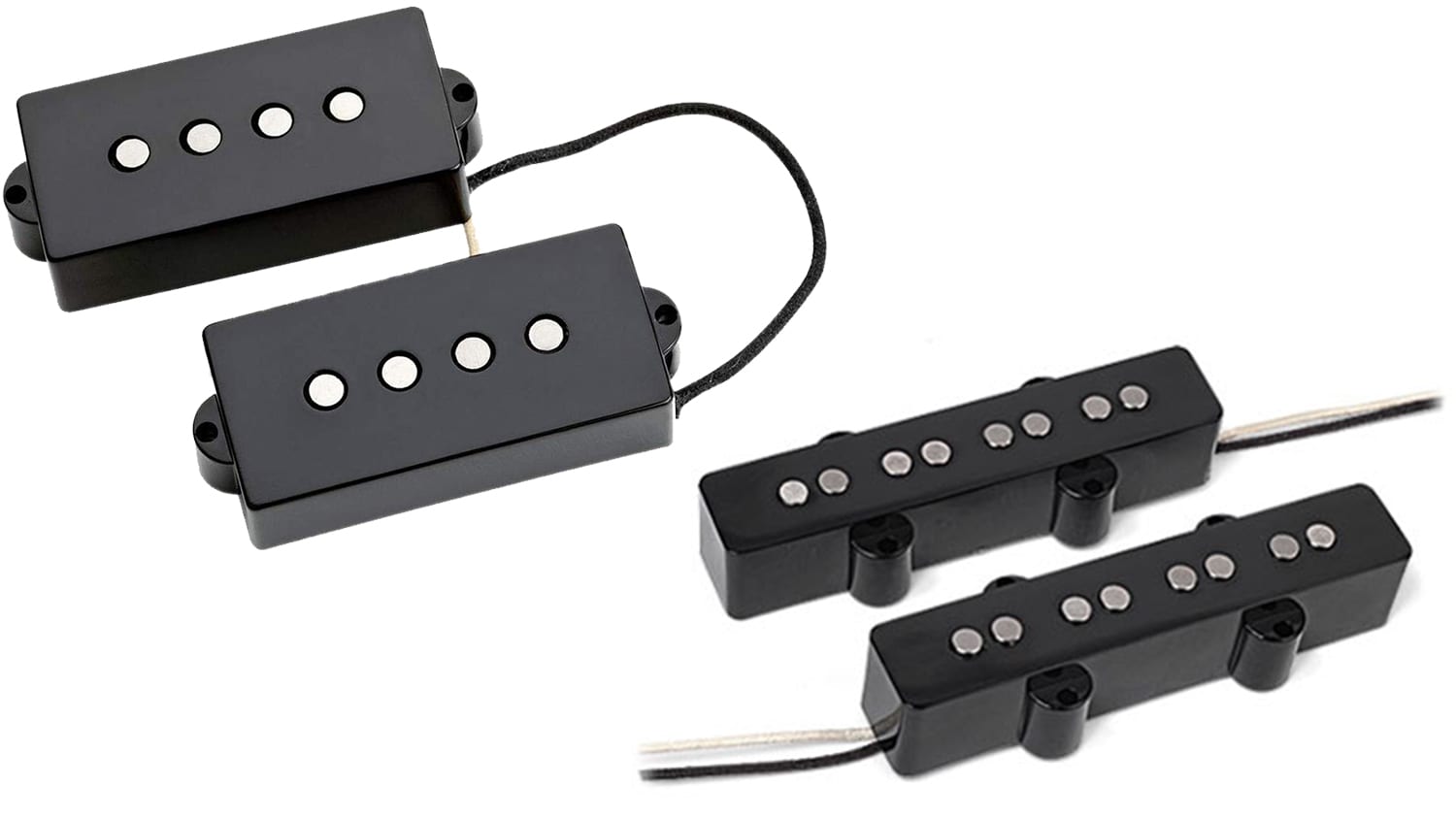 Another significant difference between the two designs is in the pickups. The traditional design for a Precision bass uses a split-coil pickup staggered to reproduce the meat of the midrange with the cut of the higher strings. For the best of both worlds there is a model of Precision bass called the “PJ” that has the split-coil in the middle position and a Jazz pickup at the bridge. With a volume control for each pickup you can blend the sound however you’d like to get the thump of the middle pickup with the top end of the bridge.

The Jazz design features dual single-coils with two polepieces for each string. Doubling up like this allows for a brighter and more pronounced midrange and high end. This configuration allows the sound to cut and provides further tonal flexibility with separate volume controls.

There are now many different variations of Precision and Jazz basses on the market to appeal to any preference. You can find P-basses with the hallmark Jazz pickups, J-basses with the split-coil design and everything in between.

Precision vs. Jazz Bass – Which is Right for You?

The difference between Precision and Jazz basses really comes down to your style. If you’re looking for a thick rock sound with plenty of low end then the P-bass is the best starting point. If you want a brighter sound with more cut and a slimmer neck then the Jazz bass is worth a shot.

With either choice you can’t go wrong. There’s a reason these basses set the standard from the very beginning.