Home > Companies > Behringer > Behringer is releasing a CS-80 clone after all, releases early images of the “Behringer DS-80” 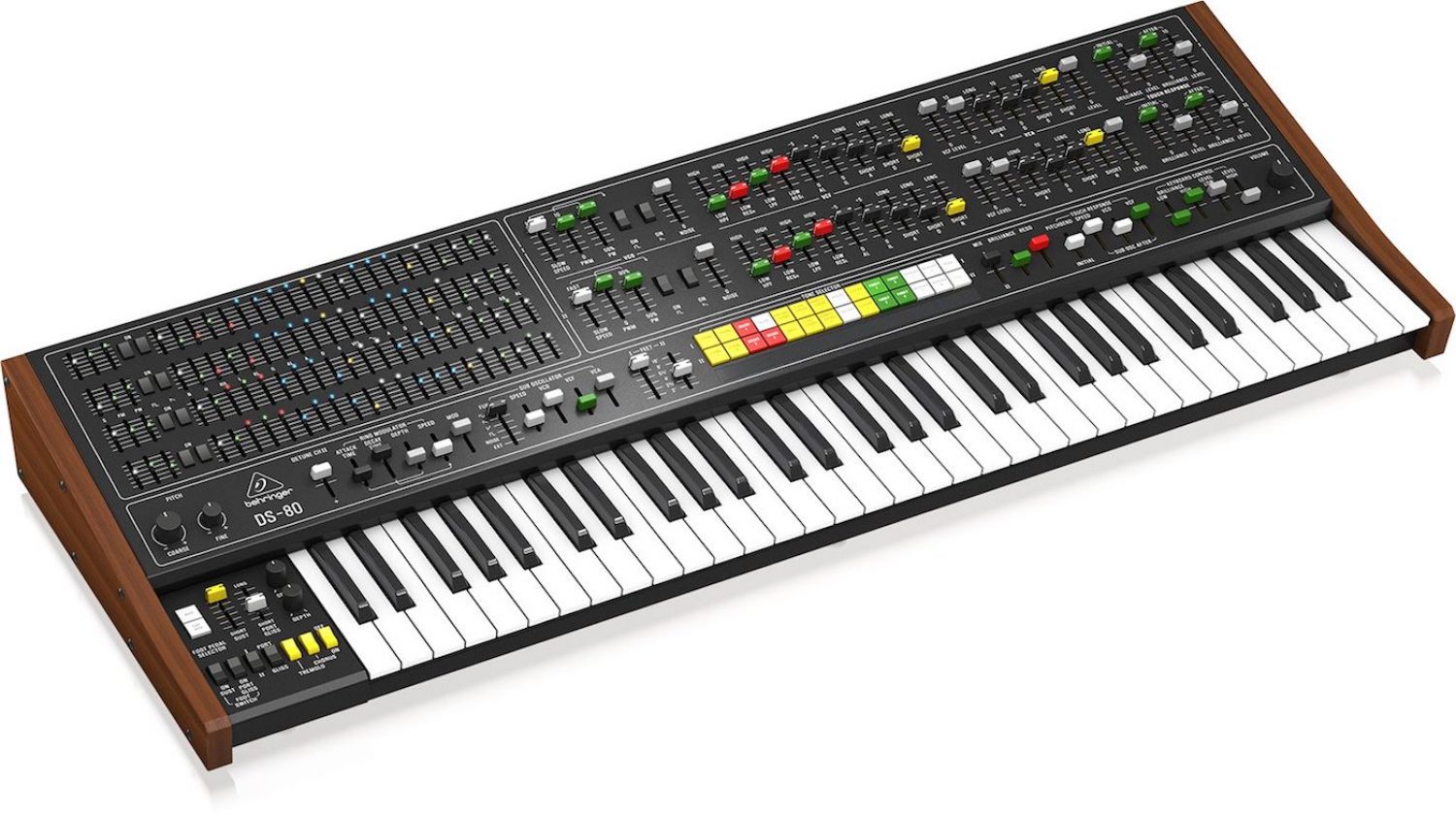 Not even a week after the news of Yamaha‘s potential interest in a modernizing re-design of its classic CS-80 synthesizer, Behringer has taken the idea among itself, and dropped speculation that it may be in the works of its own model as well. After fans quickly flocked towards their allegiances as the ‘race to the CS-80 modernization’ took form, Behringer took no time to gather its ducks in a row and be the first to announce, officially, that what has been named the “Behringer DS-80″ is officially in the works. Therefore, it appears as though the company may end up being the first ones after all to bring a ‘new’ clone of the popular synth to market.

Behringer took to its Facebook page to not only reveal a series of initial draft mock-up photos of what they hope the DS-80 will eventually look like, but even dropped a list of basic specs we can expect to come along with it. The company mentions that their re-imagining of the synthesizer will include a multi-timbral, eight voice polyphonic engine, dual analog synth channels per voice, polyphonic aftertouch, and a ribbon controller with patch memory. While it was not mentioned outright in the post, the other features do make it obvious that the DS-80 will come with MIDI capability, as any modern synth reimagining should.

With this post, Behringer has put to rest the question of whether or not it will be working on a CS-80 reissue, with a full confirmation that while it is in early development stages, the team is fully dedicated to bringing this unit to us in all of its glory. Finally, the company welcomed feedback from CS-80, and general synth fans across the globe to be a part of the design process to make the final design that hits market the best it can possibly be. And, perhaps now that Behringer has committed to the DS-80, Yamaha will feel the pressure and attempt to grease up the track of its own redesign — which in the end would likely become the go-to model at the end of the day, no matter who delivers first.