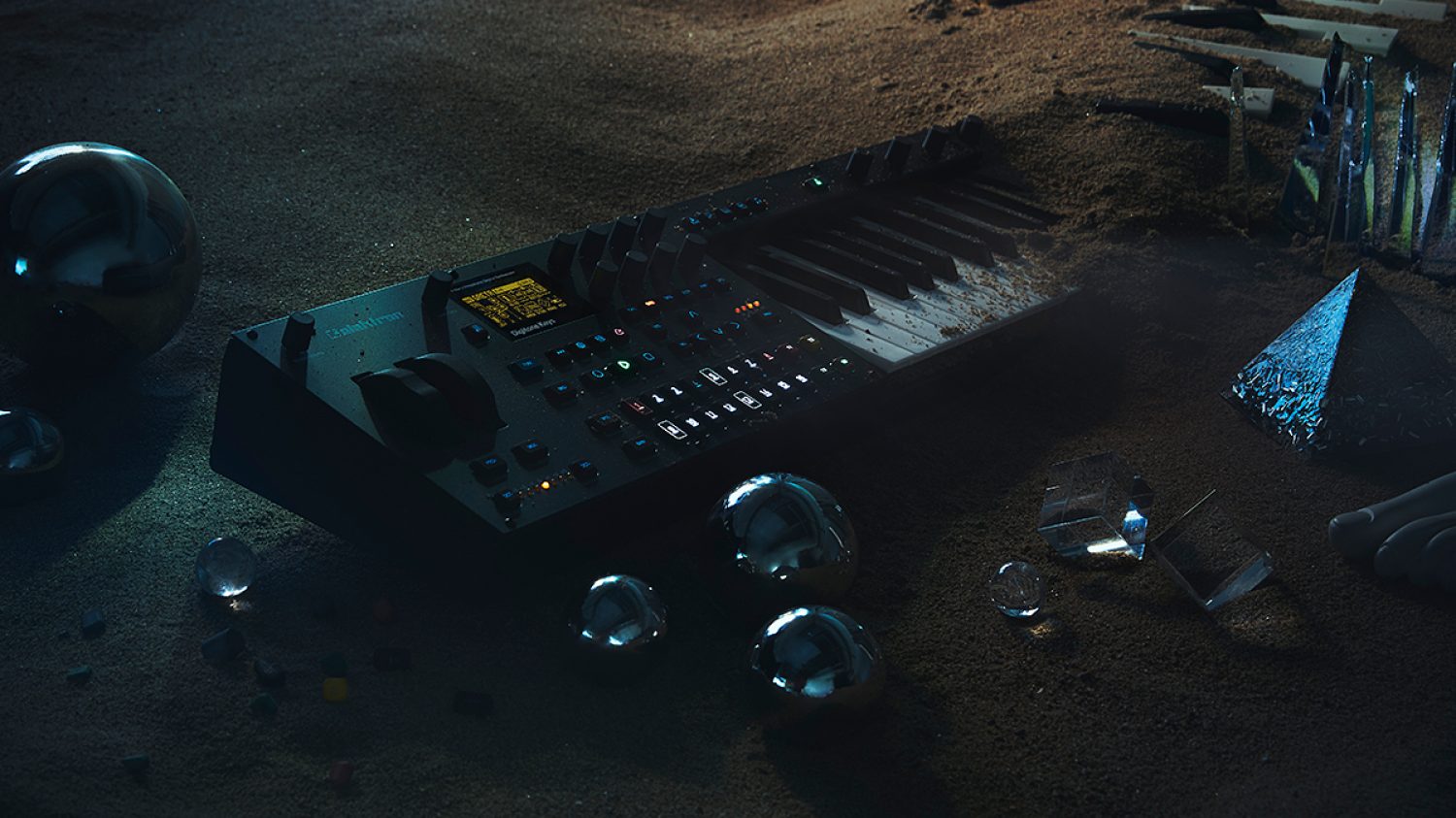 For many weeks now, speculations have been rising and falling among the music population about Elektron‘s long-awaited new synth model, Digitone Keys. Now, after waiting in the dark for a while, the company has finally come forward with its release, including a full list of specifications around this exciting new multi-functional keyboard.

The Elektron Digitone Keys is a 37-key synthesizer with velocity and pressure-sensitivity effectively built in to bring more control to the user when exploring the vast sound engine that comes with it. The unit is both polyphonic and multi-timbral, allowing for up to eight voices to flow through its engine. A ‘multimap’ feature is also included in the design, allowing users to adjust and assign individual sounds or patterns per region. Portamento and arpeggio tools are also included, and allow for up to three octaves of space.

A series of eight assignable knobs is also included in Digitone Keys, as well as flexibly modifiable modulation and pitch wheels which brings creative freedom to live performances for the first time. The synth also comes with a massive amount of storage for user created patches — up to 2,048 of them, to be exact. Its sequencer brings 8 banks, allowing up to 16 patterns per project, and the ability to store up to 128 projects on its drive as well. If you’re a fan of using effects on your voices, you’re in luck. There are three send effects on the Digitone Keys: panoramic chorus, saturator delay, and supervoid reverb. When you’re done with your sounds, there is also an optional overdrive effect that can be applied to the master output.

As a full package, Elektron‘s Digitone Keys comes in a sturdy steel casing, weighs approximately 6 kg (that’s just over 13 lbs. for those of us who haven’t yet embraced the metric system), and comes with a very generous 3 year warranty under the manufacturer. Digitone Keys is listed at $1,299, and if you’re looking to buy now, you can get it straight from the links below. Either way you go about it, this is a very powerful and exciting new release, and we can’t wait to see what comes next from Elektron.