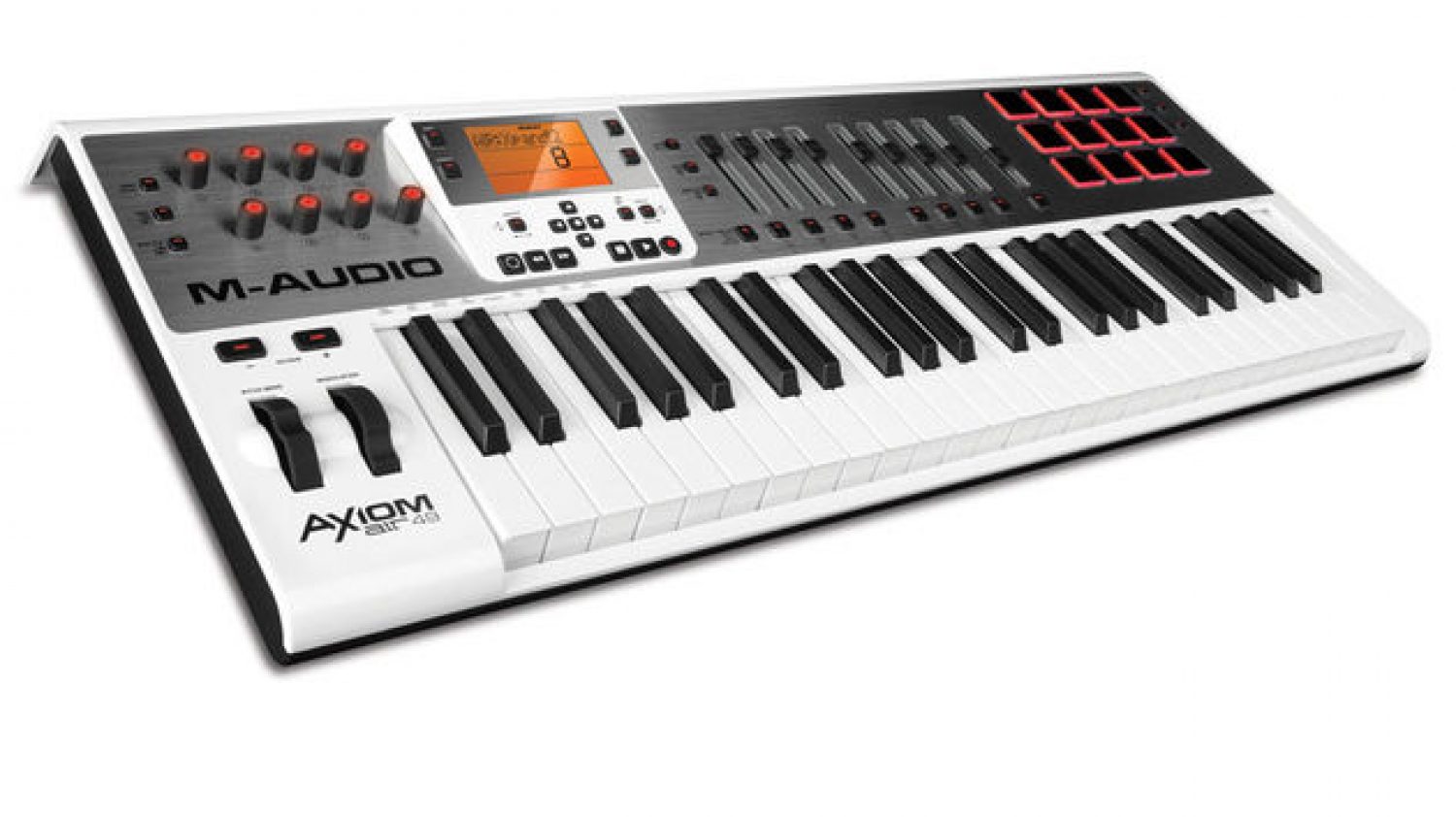 M-Audio has been leading the way in consumer level MIDI controllers for some time now, and with good reason. They offer something for everyone, ranging from the budget Oxygen line, to the not-so-budget Axiom Pro line. Now there’s a new series of controllers in the M-Audio lineup, and it’s called the Axiom Air line.

The 61 key version of the Axiom Air features the use of eight rotary dials, nine faders, and 12 pads. This is slightly better than the Axion Pro line, which features 8 pads instead of 12. All of the dials, faders and pads are backlit, which is sure to be a big help on those dark stages. All of these dials and buttons are encased in a classy brushed-aluminum face plate. Not bad at all! 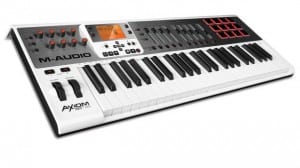 What really matters for the Axiom Air is what’s under the hood. Not only is the Axiom Air more responsive to touch, but as a control surface the Axiom Air is much more streamlined and easy to use than the Axiom Pro. And that says a lot – the Axiom Pro worked like a charm. A large portion of the fact that the Axiom Air works so well is due to M-Audio adding MIDI and HyperControl switches in different parts of the control panel – so you can use the faders for HyperControl of your mix, and at the same time use the dials to control MIDI CC’s.

Not only that, but you can also assign MIDI and HyperControl to the same faders and dials, and then toggle between them at the press of a button. This adds yet another layer of controllability to an already very controllable keyboard.

The Axiom Air comes in 25, 32, 49, and 61 key versions. It would be great if M-Audio once catered to the needs of those who prefer 88 keys, but for now the models available work beautifully. Not only that, but they controllers also look incredible!

Elektron’s Digitone Keys is everything we could have hoped for