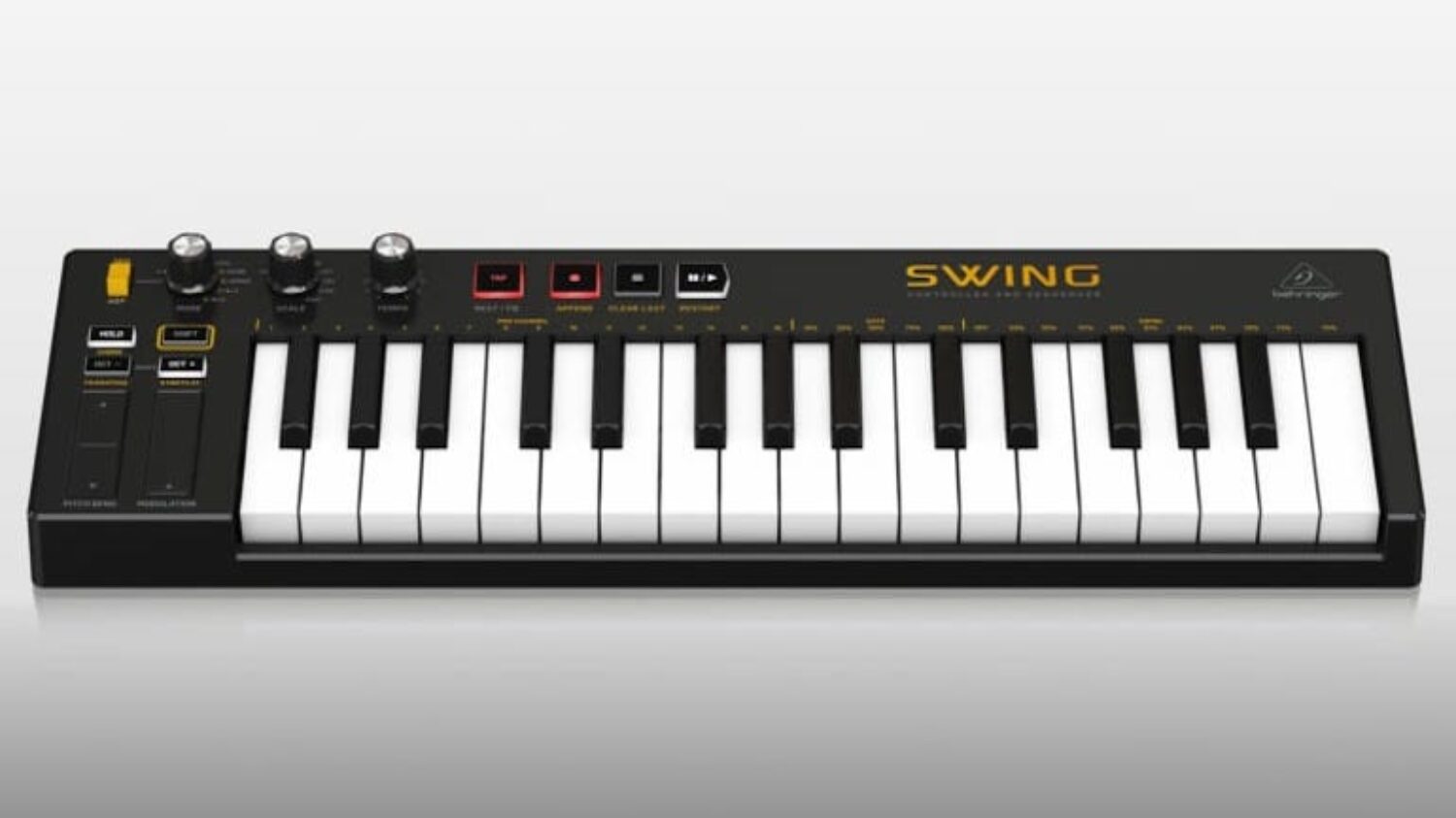 This year, we’ve seen Behringer shine with some of its brightest, unique new products in a while. After successful recreations of vintage sequencers, among other products out of production, Behringer seemed to have found some solid footing. Now, at the end of 2020, the company just released its latest piece, the Swing MIDI controller. With that said, if the Behringer Swing looks familiar, you’re not going crazy. Shortly after its release, many people noticed strong similarities to Arturia’s KeyStep controller sticking out like a sore thumb. Or, to put it bluntly, an essential exact copy of said thumb. 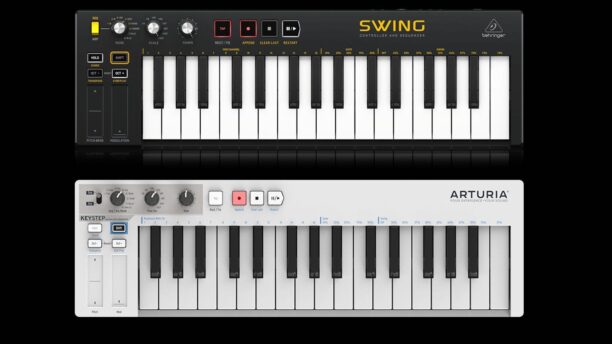 Design wise, the Behringer Swing sports an all black body with some white buttons, as well as sprinkling touches of yellow. Its differences from the Arturia KeyStep pretty much come down to one thing — feature labels. Under the knobs at the top-left of each, where Arturia labels its features “Seq/Arg Mode,” “Time Div,” and “Rate.” Behringer labels the same features simply as “Mode,” “Scale,” and “Tempo.” There are a few other instances of this in various areas, but for the most part everything else remains the same. Additionally, Arturia’s “Seq/Arg” switch utilizes a push-pull type switch, where Behringer adopted a more flip, or old-fashioned light-switch approach. Finally, in terms of price, where normally Behringer typically claims the upper-hand in its clones, the Swing controller costs just $99. This saves users $50 in comparison to the KeyStep’s MSRP of $149.

Although there is a substantial price difference here, the case in Arturia’s favor still remains pretty strong. Behringer created many clones this year, yet most have been recreations of dated, vintage pieces no longer around. Even in the instances of its SM57, or Blue Yeti mic clones, the designs and internal components had some uniqueness. In this instance, it seems Behringer didn’t even change the pitch or mod function looks, or slightly shift buttons around to make it more look its own. Of course, Arturia was quick to respond via Twitter, using a graphic of the Swing accompanied by the word “Seriously?” captioned below.

All in all, the Behringer team seems to have mis-judged the line it crossed with this new Swing release. Hopefully though, it will learn from its mistakes and have more exciting products as we enter the new year. To learn more about the Behringer Swing, and for a list of dealers, visit its website here. Additionally, those who wish to learn more about the KeyStep MIDI Controller from Arturia, can do so at its website right here.