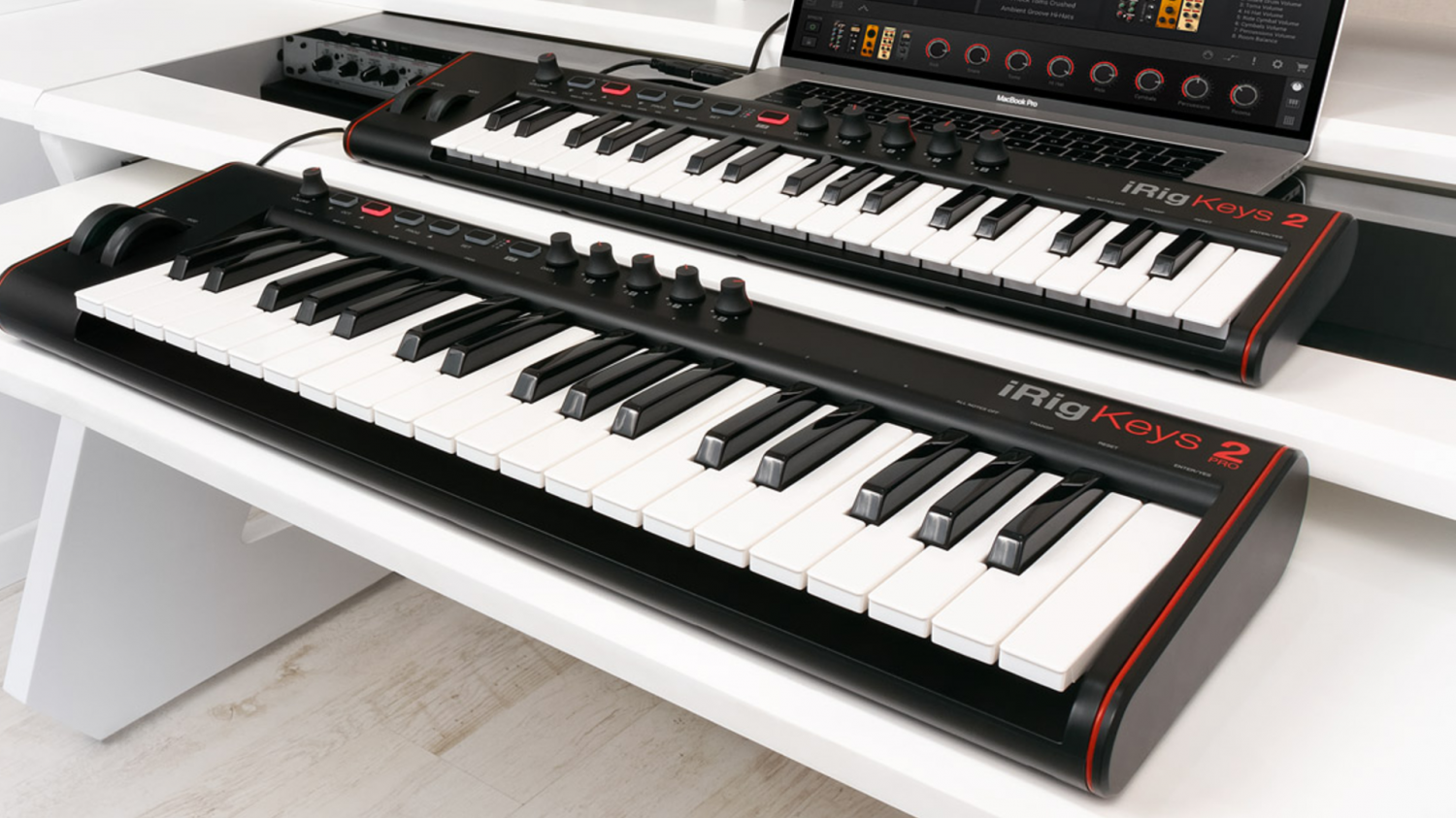 It is not often that a new MIDI controller really turns heads. Usually, it requires the inclusion of a milestone feature for such a device to make significant waves within the music community. USB connectivity and wireless connection were some of these major leaps forward in the world of MIDI. However, with the release of the IK Multimedia iRig Keys 2 and iRig Keys 2 Pro, a feature that is incredibly simple, yet wildly useful and superbly unique has been introduced. A headphone jack. That’s right, a MIDI device that has no built in sound engine, but includes an audio output. This feature will come in handy for the mobile device producer, those without an audio interface, and anyone who wants to track keys in silence.

IK Multimedia’s iRig Keys 2 keyboard controllers offer 37 keys for easy access to a wide pitch spectrum while maintaining a tight footprint. The keys are compact sized on the standard model, and full scale on the pro variant. Both offerings are velocity sensitive and allow for external foot pedal control. Each device includes an encoder, a few function buttons, four assignable control knobs, pitch and mod wheels, as well as octave up and down controls. MIDI in and out ports allow for control of external hardware, so your drum machines and synthesizers can have keyboard control too.

The iRig Keys 2 line is a clear update from the previous model. Both are intended for use across iOS, Mac, and PC platforms. However, the sleek updated design and inclusion of a sound card and headphone output in the new release puts the Keys 2 models leagues ahead of their predecessors and justifies the difference in pricing. IK’s updated keyboard controller still comes with the invaluable Sample Tank SE library, which includes over 30GB of instrument plugins, effects, loops, and samples that can be used with any DAW or in a standalone format.

Most retailers do not yet carry the new iRig Keys 2 and Keys 2 Pro, however, Guitar Center already has both the standard and pro models ready to ship for $129.99 and $149.99 respectively.