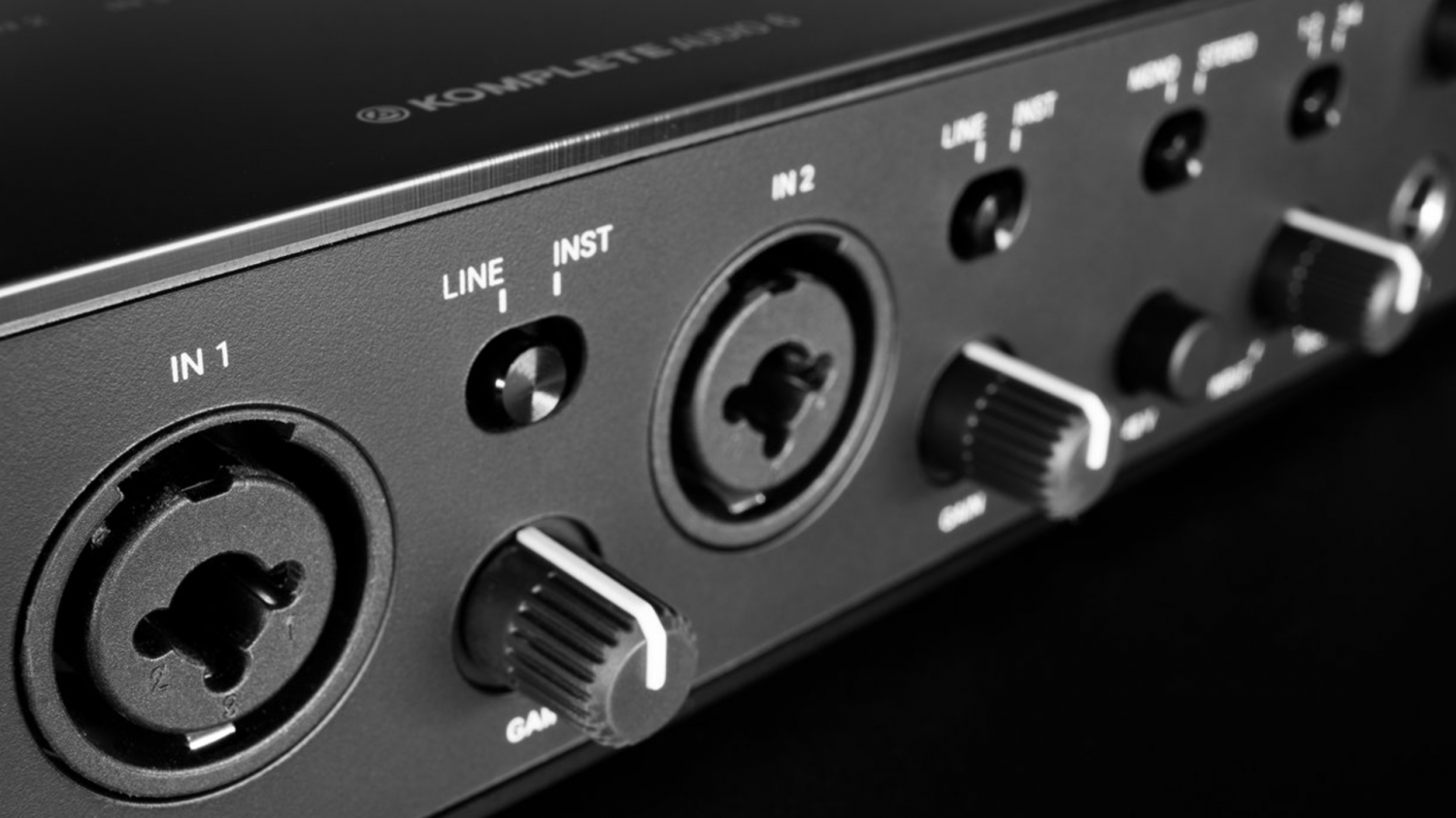 At first glance, the revised interface has taken on a sleeker, blacker, more minimalist look. But aesthetics are not the only improvement brought by the revised shell. With the sturdy new glass and aluminum housing, NI promises increased durability too.

But what about the audio improvements? The original Komplete Audio 6 had it’s limitations. With a simple clip light per input and a maximum sample rate of 96 kHz, Komplete Audio 6 was somewhat of a hobbyist, bedroom producer interface in the past. This year, Native Instruments has added digital VU meters to the top of the interface where they are easy to see. The built in mic preamps have been rethought and now achieve higher gain and a lower noise floor, allowing for a dramatically increased dynamic range. The A/D and D/A converters have also been updated. The new Komplete Audio 6 Mk2 supports a lower recording latency and an audiophile-friendly 192 kHz sample rate. The newest Native Instruments interface may be a serious competitor for on-the-go professionals, while still retaining it’s budget conscious and beginner friendly price.

Aside from these upgrades, the interface remains familiar. Just as before, Komplete Audio 6 delivers when it comes to control and I/O. Two front mounted combi jack inputs allow easy access for the first two mic, line, and instrument inputs. The front panel also includes two 1/4″ headphone outputs for convenience when monitoring input and playback are necessary in silence. The back panel completes the equation with two further 1/4″ line inputs, four 1/4″ line outs, five-pin MIDI in and out, S/PDIF in and out, as well as a USB type B connection for connecting to a computer.

There really is no trade-off for the 2019 improvements. After carefully scanning spec sheets on both the original Komplete Audio 6 and the new revised model, I am confident in saying there is no reason not to upgrade. You can get the new Native Instruments Complete Audio 6 straight from Guitar Center.