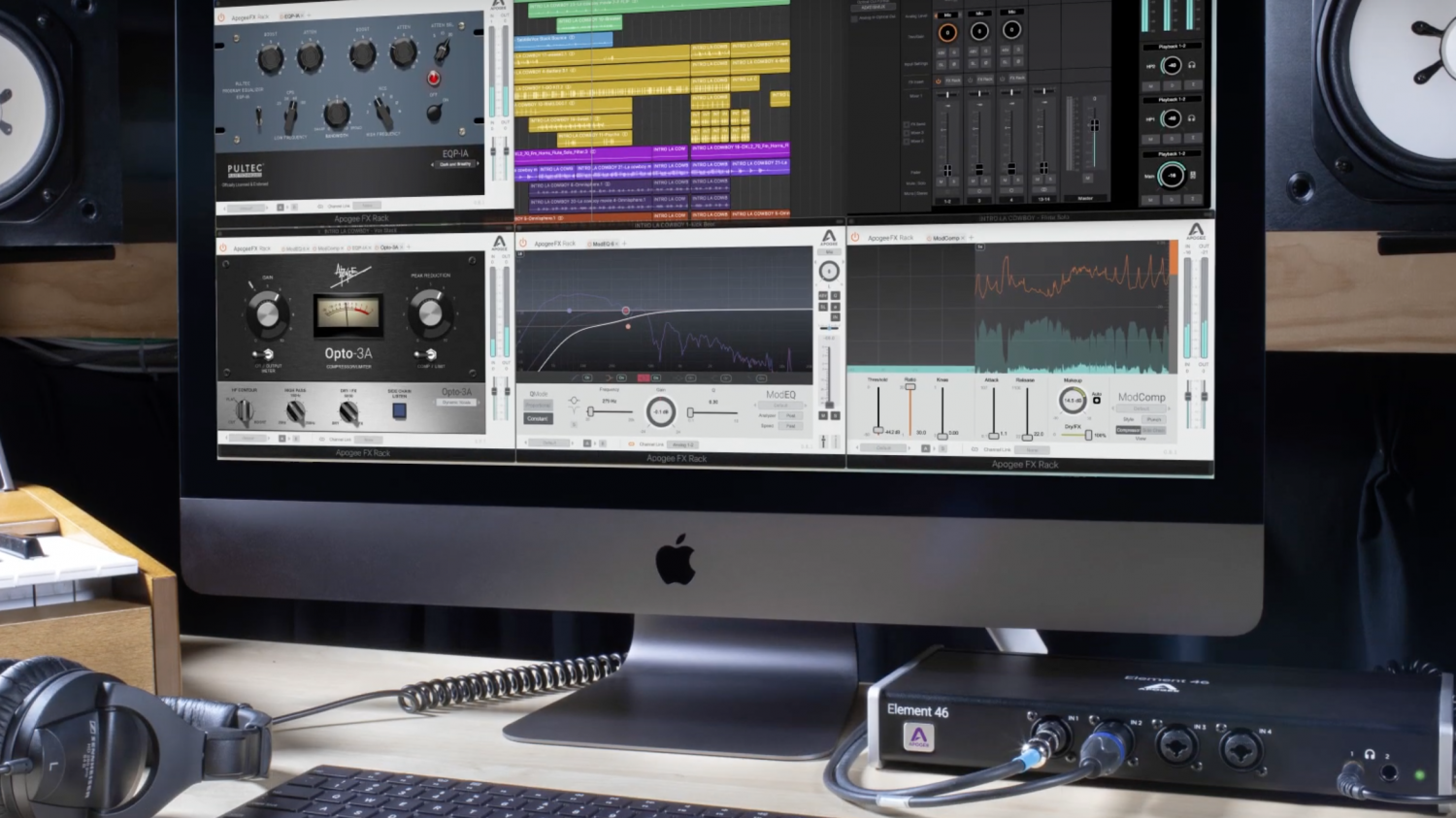 If you’re an engineer or general plug-in fanatic who loves Apogee software, but haven’t been able to run its FX Rack series due to its hardware exclusivity, you’re in luck. Until now, this batch of plug-ins was only available to users who were running and using the appropriate supported Apogee gear with their DAWs. But after many have voiced their outcries, it seems the company has finally answered our prayers. The Apogee FX Rack toolkit is now available in native format for Mac users.

The Apogee FX Rack pack comes with a total of five plugins that offer great versatility and boast extremely near-zero levels of latency:

We can’t say for sure, but we’ll make the general assumption that most don’t have the pocket change to afford a hardware model Pultec EQP. But now, no matter what processor you prefer using, DSP or Native, you can now have a software model from Apogee at-the-ready to throw on every single track in your session, if you want to. You can learn more about Apogee’s FX Rack plug-ins right at the company website. If you’re ready to take the step and buy, you have a couple of different options as well. The plug-ins are available as a full bundle for the price of $499, saving you $296 if you were to purchase all of them individually. Or, you can get the “Pultec Bundle” of EQP-1A and MEQ-5 for just $299, saving you $99 if you bought them separately.

In conclusion, if you’ve been waiting patiently to take the dive into Apogee’s pool of FX Rack plug-ins but didn’t have the processing power before, now is definitely the time to step off the plank. Either way you look at it, this is a super exciting new development in the world of Apogee, and we can’t wait to see what comes next from the company.

11 of the best free VST plugins we could find