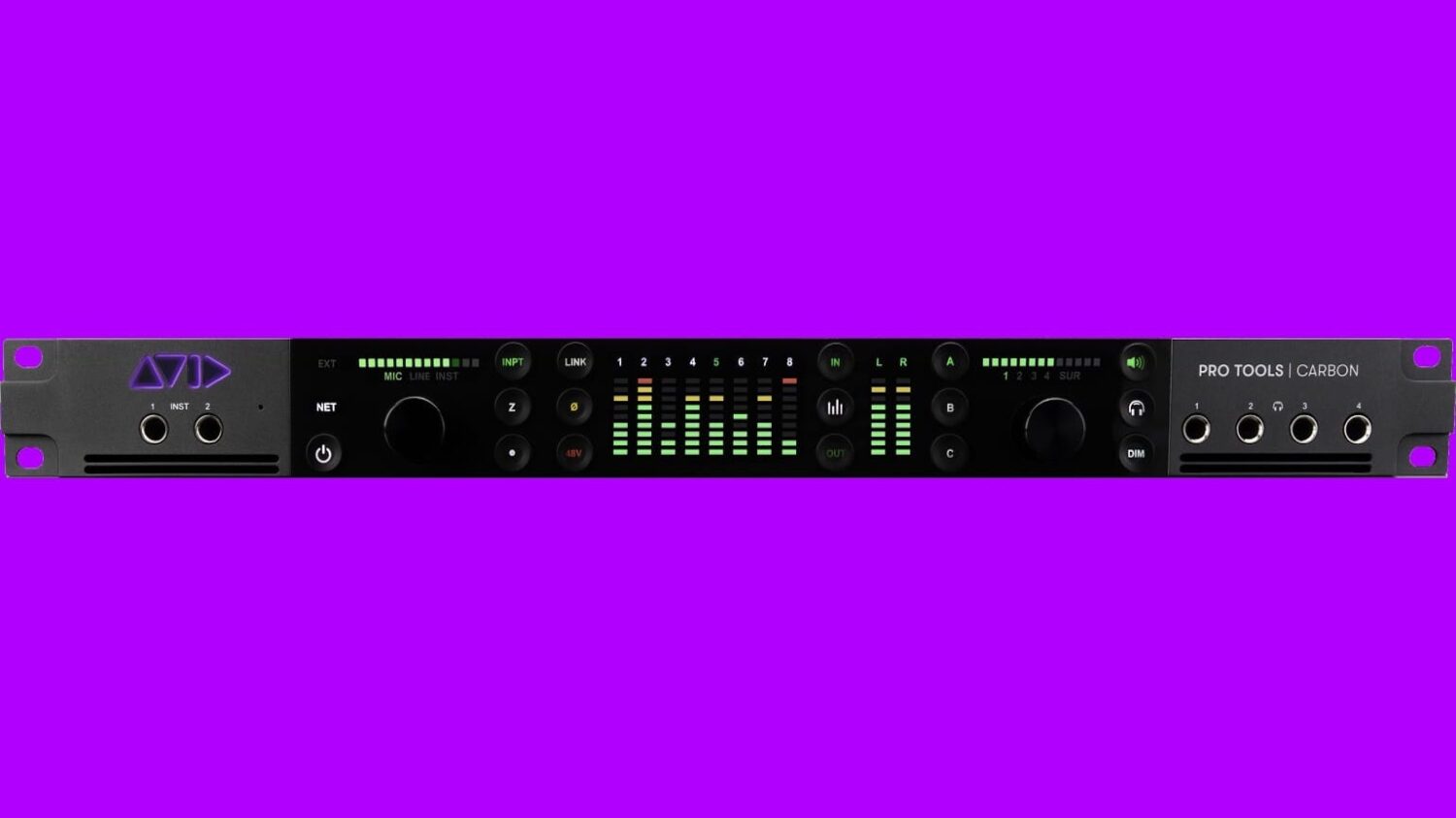 After speculation following a mini-teaser posted by the company, Avid is ready with its latest product. Much to the surprise of many, the newest member of the Avid family is a small-format, multi-input interface. It’s name is Pro Tools | Carbon, and unlike all of its other interfaces, this is a more portable-friendly option. However, engineers operating off PC systems shouldn’t get too excited, as Pro Tools | Carbon’s compatibility is exclusive to Apple computers. For everyone else though, let’s jump in and take a look at this exciting new piece from Avid.

As mentioned above, this is the first audio processor from Avid to accomodate home studios and remote recordists. Seemingly released as a harsh competitor to models from Universal Audio, Focusrite, MOTU, and many others. Pro Tools | Carbon offers up to eight analog inputs, through combo XLR or 1/4″ input jacks. Included additionally are two more line inputs with variable-Z adjustment, DB25 inputs, and up to 16 channels of ADAT. When summed up in use, these turn Avid’s latest box into a 25-input, 32-output powerhouse. Pro Tools | Carbon also provides a set of four headphone outputs, and a stereo monitor output as well. In action, users can engage a global +48v phantom power button as well.

In terms of clarity, anybody who currently operates using Avid’s other large-format processors can attest. Pro Tools | Carbon adopts the same technology as before. However, this time around the Pro Tools creators also installed built-in HDX DSP processing. This will now allow engineers to switch Native CPU processing, and offload it to the interface’s HDX. This is all done while lifting a hefty load of audio at up to 192kHz, 32-bit. On the back end, the interface connects via Ethernet cable, but can certainly be converted to Thunderbolt for users wishing to do so. Because of its AVB protocol, the interface is limited to Mac system use. Finally, those who purchase Pro Tools | Carbon will also get a bunch of plug-ins from Avid partners. Including McDSP 6050 Ultimate Channel Strip, four Brainworx plugins, Arturia Rev PLATE 140, Embody Immerse Virtual Studio, NI Vintage Organs, and UVI Model D.

Avid Pro Tools | Carbon is available now for preorder from a variety of worldwide dealers. The market suggested price is $3,999 — which is quite an ask, but for the power this puts out, is fairly understandable. To learn more about Pro Tools | Carbon, we’d encourage everyone to visit its page on Avid’s website.