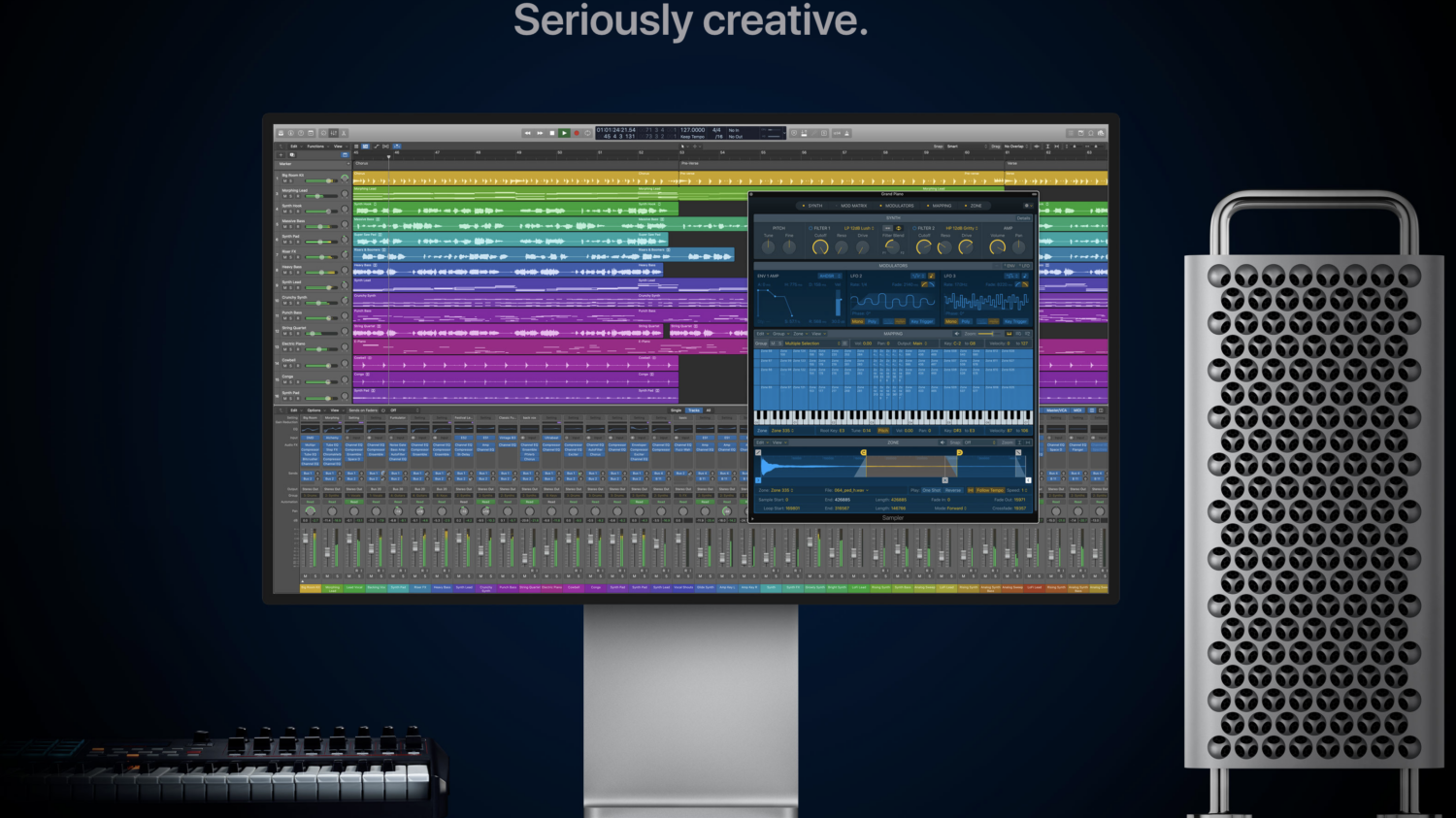 After its recent announcement of the newest M1 powered computers, Apple has been upgrading its best software for compatibility. Of course, being the company’s flagship DAW, Logic Pro was due for a quick makeover. The result, of course is its latest version, Logic Pro 10.6. While the support of Apple Silicon chips was at the forefront of its upgrade, there’s not the only improvement this latest update has to offer its users. Here is everything Logic users can expect to find after installing and firing up Logic Pro 10.6.

First and foremost in these new renovations is a slight name change. Since its complete overhaul in 2013, Apple’s flagship professional DAW went by the name “Logic Pro X,” primarily as a natural progression from its predecessor, Logic Pro 9. Now, it seems Apple decided to drop its numerical system altogether, they removed the X, leaving only Logic Pro. It’s definitely an interesting move, and one many might not expect in the middle of its tenth version. But is certainly welcome in our books, as “Logic Pro” does well on its own, without numbers. This move likens itself to the now-famous decision to transform “The Facebook” into simply “Facebook.”

Aside from the name, Logic Pro 10.6 brings overall improvements and bug fixes to its system. According to Apple, it brings “improved performance and efficiency on Mac computers with Apple silicon,” which will primarily affect those looking to purchase a computer with the company’s latest in-house chips. Intel-core Mac owners need not worry, however, since Logic Pro 10.6 will continue to work just as smoothly for them. The 10.6 update also brings the enhanced ability to control its step-sequencer using an iOS device using Logic Remote. Finally, owners of Novation Launchpad controllers will now find that Logic can detect and connect to their units seamlessly.

Of course, given the fact that Logic Pro now supports ARM-based computers, it’s possible that Apple will soon bring it to another major platform — the iPad. iPhones and iPads use the same overall chip architecture as the new M1 processor, and as a result it wouldn’t be difficult for Apple to port it over. We don’t necessarily expect a version of Logic Pro for the iPhone, but as the iPad gets increasingly productive, it wouldn’t be surprising to see versions of Logic, and other Apple pro apps like Final Cut Pro, to the platform.

As always, current owners of Logic Pro (X) will find the Logic Pro 10.6 update available from their system’s App store for free. Otherwise, anybody else can purchase Logic Pro for themselves, in the same place, for $199.99. For more information on Logic Pro, the latest update, and some demo animations, check out its landing page on Apple’s website.