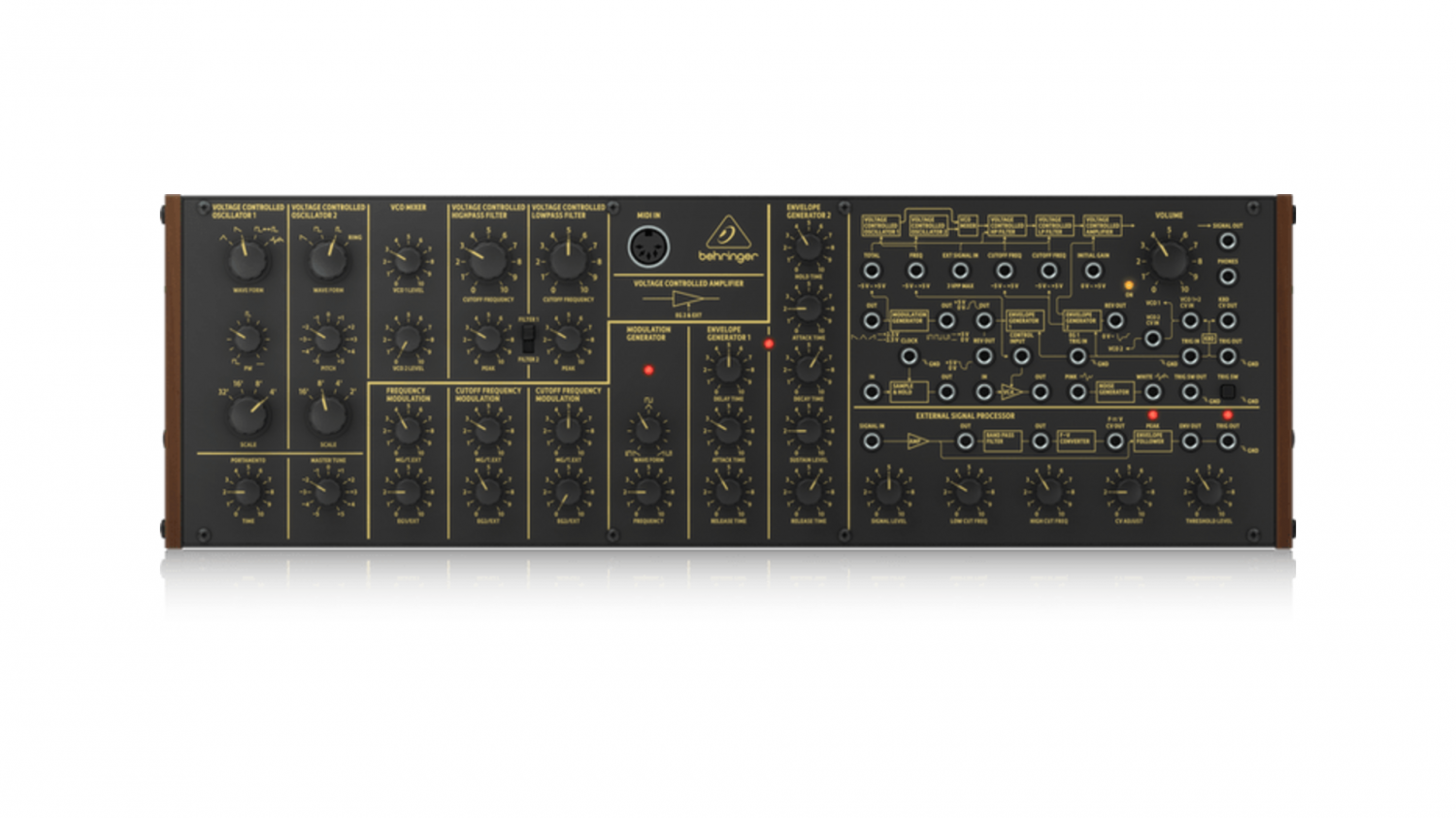 When the news that Behringer would be cloning the classic MS-20 broke last month, synth heads everywhere welcomed the news. The MS-20 and MS-20 Mini are revered semi-modular mono synths that have been used by everyone from Daft Punk to Look Mum No Computer. The most notable difference between the original Korg units and the Behringer clone are the lack of a built in keyboard controller, eurorack integration, and use of volts per octave instead of hertz per volt control on Behringer’s K-2.

For the most part, the K-2 is a direct copy of the original MS-20 circuitry, with a few notable changes under the hood. For starters, the filters are switchable between two styles. Both styles are still distinctively Korg, and function at 24 dB/oct. The first filter option is a recreation of the classic, original MS-20 style filter. The second choice is a clone of the more modern MS-20 Mini’s filter. The other notable circuitry difference between Korg’s MS-20 and Behringer’s K-2 lies in the patch bay. An addition of a trigger switch to the front panel has been added to the already powerful machine.

The MS-20 has long been a favorite synth of mine, and this new Behringer clone allowing direct eurorack integration opens a wide variety of new signal flow possibilities. Thus, a vast world of new tonal exploration can be exploited while still maintaining the easy to use layout and awesome sound of Korg’s classic machine. Behringer has cloned many great synths in small, eurorack friendly formats lately, and they show no signs of stopping soon. Behringer’s prolific synth cloning is welcomed by the music community, as it brings affordable, easy to integrate options to classic, well known sounds.

At last count, Behringer plans to ship around two thousand K-2s in their first batch. You can can pre order your own Behringer K-2 from Guitar Center for $329.99. It is expected to start shipping out in late October.