Home > News > Behringer surprises everyone with the Behringer K-2, an MS-20 clone 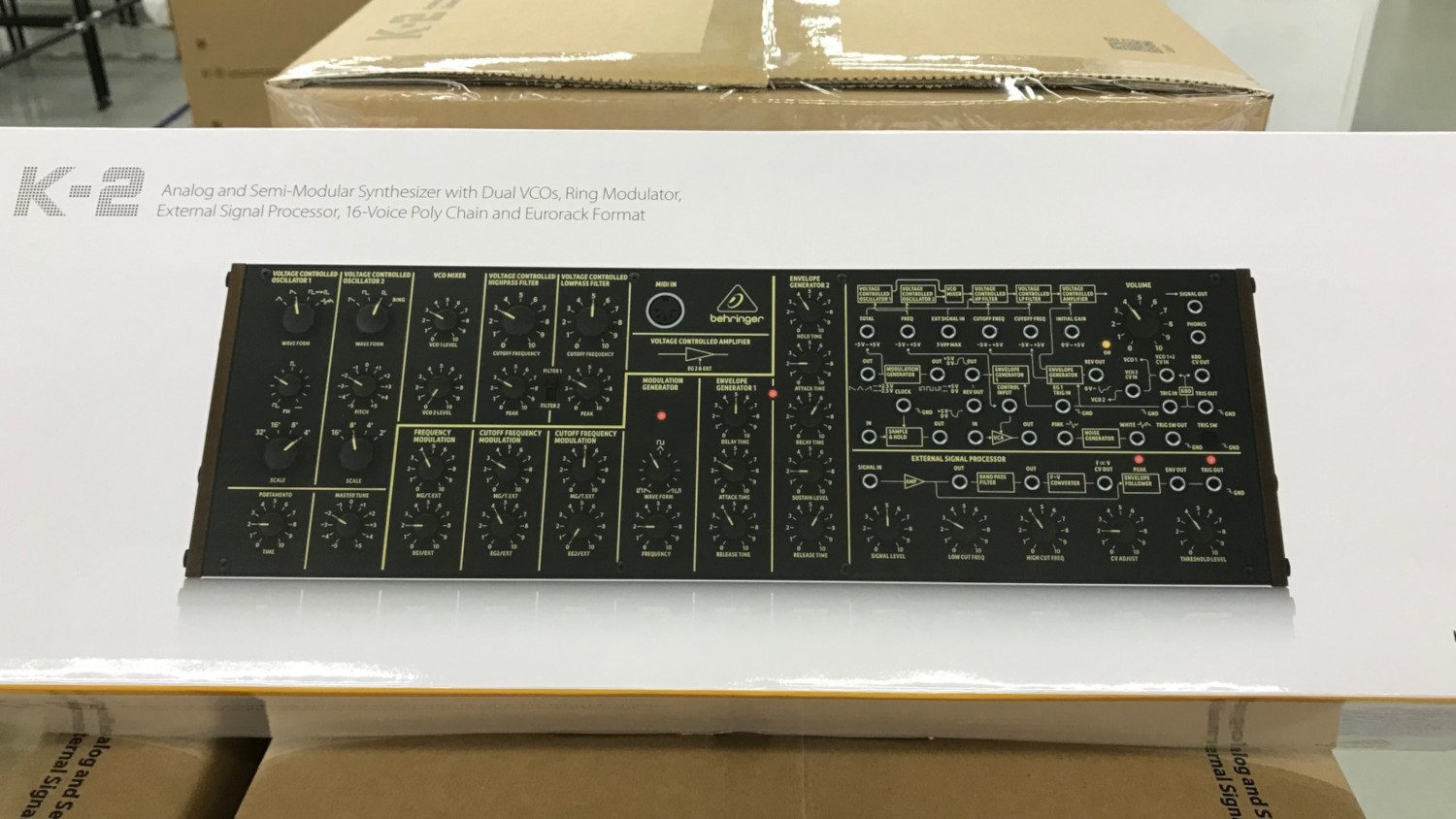 In 1978, Korg created and released what has since become the famous MS-20 mono-synthesizer. Now, decades later, synth heads from all over are still gushing over this classic piece of equipment and its unique tone. Since then, it has taken on other forms, from miniature versions, to clones made by different manufacturers in music. And now, Behringer has informed the public that it has created an MS-20 synth clone of its own, named the K-2. The announcement was made through the company’s Facebook account, and makes it clear that the device isn’t just designed — but it will be shipping soon.

In the post in question, Behringer noted that 2000 models of the K-2 synthesizer are “ready to ship,” and that in response to constant complaints the company receives about making product announcements too early, this one has been a well-kept secret. Which is a very smart move on their end, and surely one that will cease any future complaints.

Currently, there is no other information about the specifications of Behringer‘s K-2 synthesizer, other than the pictures provided within the tweet. But from the looks of it, the company has almost completely replicated the design and look of its inspirator synth, with some modernization included. The chassis seems to have been downsized significantly into a more desktop-style synth, while maintaining all of the same bells and whistles that one would get out of an MS-20.

Of course, being so close to shipment, we will surely receive plenty of new information about the Behringer K-2, likely including a more detailed layout of its specifications, and other included features that may have been added in its attempt to modernize the beloved synthesizer throughout the 80s and beyond. We will be sure to keep you in the loop and up to date when that news does drop, so be sure to keep checking back in with us frequently.