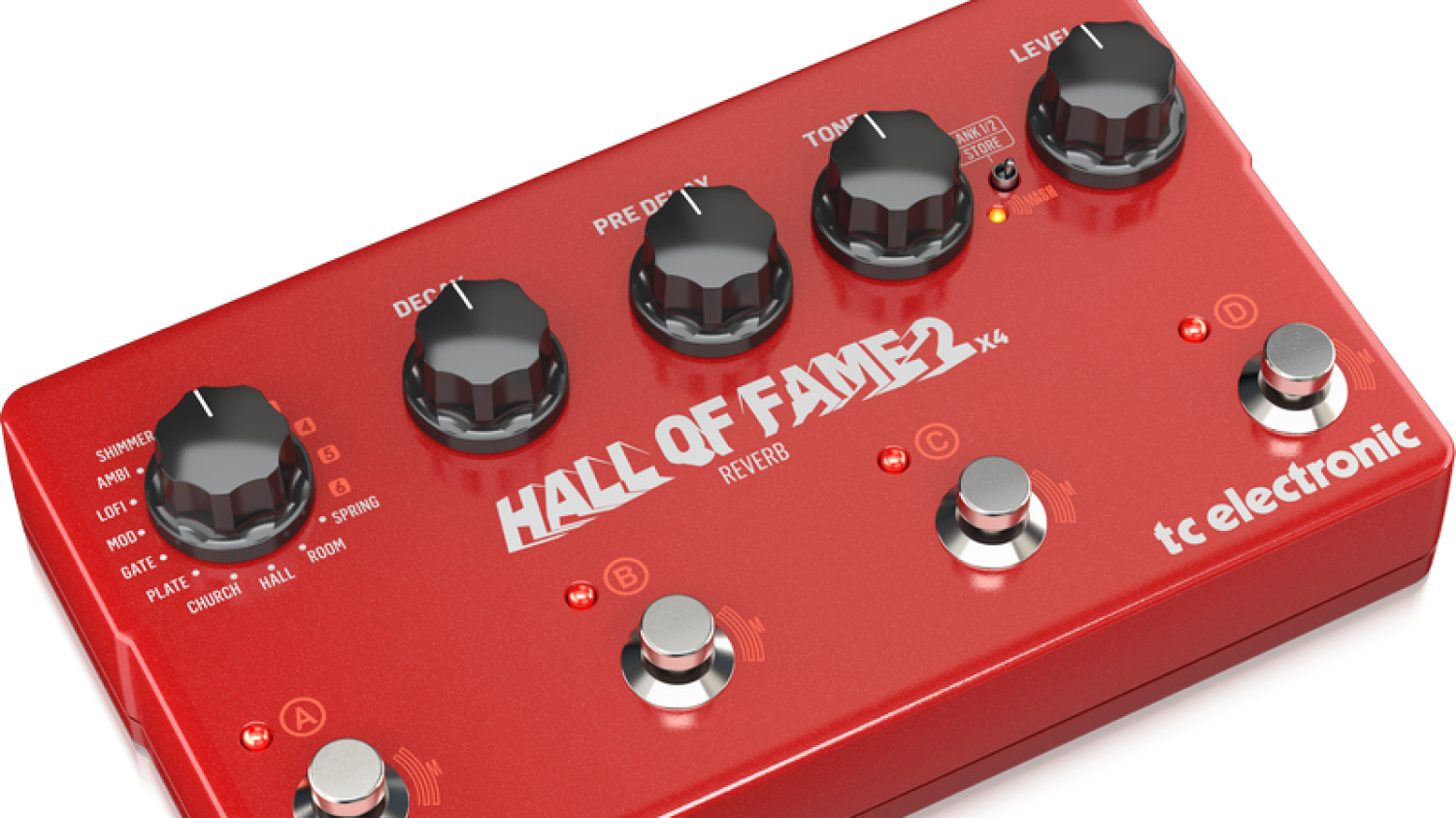 TC Electronic has become known for its amazing-sounding software and hardware reverbs, and it rarely commands the same high price tags that you might find elsewhere. Now, thanks to a brand new release from the company, guitar players have an expanded version of another top notch reverb pedal from the company. When the Hall of Fame 2 reverb pedal dropped back in the spring of 2017, it excited guitar players everywhere with a compact design that delivered a strong and realistic sounding reverb tail. Now, the guitar pedal has been given an upgrade with a new expanded model, called the TC Electronic Hall of Fame 2 x4.

The upgraded guitar pedal now offers a series of four pressure sensitive MASH footswitches rather than the original one offered from its predecessor. That way, guitar players can now store a few different custom settings, and switch between them with total ease. The Hall of Fame 2 x4 has ten different reverb options including “plate, spring, hall, plate, and lo-fi,” as well as six slots to store presets as well as TonePrints, presets custom picked from a lineup of various famous guitarists.

The pedal gives you two MIDI ports at the back end for “in” and “thru,” and both inputs and outputs are set up for either mono or stereo situations. An additional 1/4″ input is included for expression pedals to plug into if needed, and its bypass option can be switched between either a buffer, or true bypass. TC Electronic‘s Hall of Fame 2 x4 was manufactured in Denmark, and is available now for just $249.99, just $100 more than the original Hall of Fame 2. For 3 additional footswitches and some enhanced features, we believe that it is well worth the price. It is available across dealers both online and in stores, and as always, if you want to learn more about the pedal before you buy, head over to its page on the TC Electronic website to find out some more information.