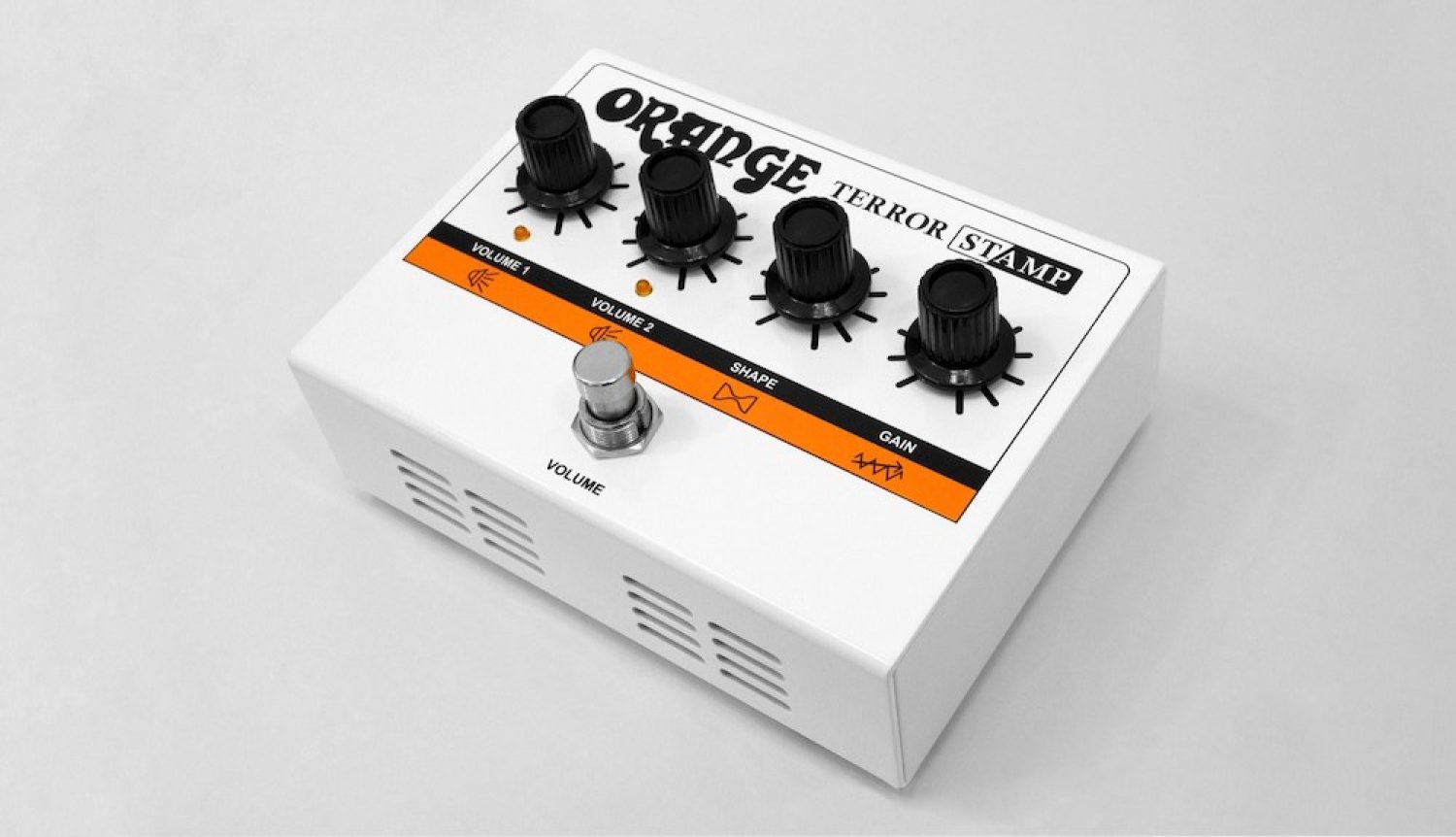 Orange has announced a brand new amplifier unlike any other at NAMM 2020. Over the past few years, Orange has been making headlines by creating powerful amps in smaller packages. And now, they’ve taken it a step even further with the new Orange Terror Stamp — a miniature foot-switchable amplifier.

Orange’s Terror Stamp looks a lot like a typical guitar effects pedal, however it packs a much bigger bite. On the back end, it’s powered by a 15v regulated DC cable to support the strong output for its size. The amp can produce a gritty sound of up to 20W thanks to a 12AX7 tube preamp, and connects to any standard 8-ohm or 16-ohm speaker cabinet. An additional 1/4″ jack next to the speaker output can be used to send a line of signal to a digital cab simulator or headphones, as well as a pair of jacks for a send/return system.

Moving around to the Terror Stamp’s face, it has a set of four knobs laid out: Volume 1, Volume 2, Shape, and Gain. The two independent volume knobs allow its player to set two tone volume levels for quick changes in songs while on stage. These are switched between, using the singular foot-switcher located front and center of the amp.

Out of the box, the Terror Stamp’s dimensions fall at 2.4″ x 5.4″ x 3.9″, and weighs in at just under one pound. Everyone who is interested can preorder the Orange Terror Stamp now at a shocking price of just $199. We’d highly suggest putting your name down quickly, though, as orders are sure to skyrocket throughout the weekend. As these amp companies continue to innovate and deliver amplifiers with more power in smaller builds, we very much look forward to seeing where standard amplifier sizes could end up a few years down the line.

You can keep up with all of our NAMM 2020 coverage here.

Guitar Speakers: Everything You Need to Know