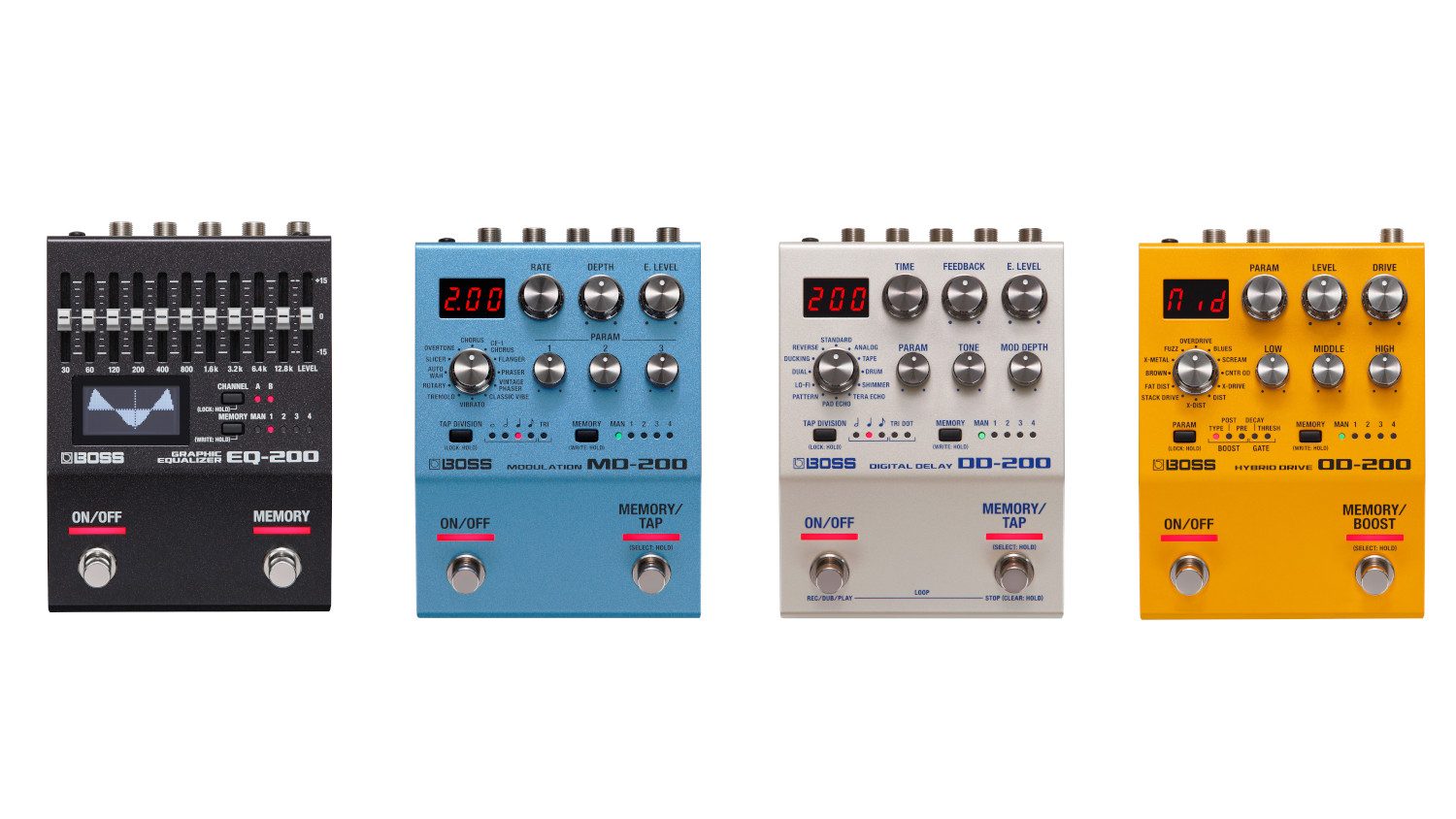 Boss has announced an overhaul of its classic pedals, in the form of the new Boss 200 series. The newly announced 200 series effects pedals promise powerful signal processing with a compact footprint. From a functionality standpoint, this new line closely resembles the larger 500 series pedals, such as the DD-500 digital delay. The 200 series will take much of the versatility and functionality of the 500 line while consuming less pedalboard real estate. Stompboxes in this line will feature MIDI control, expression pedal input, unparalleled 32-bit dynamic range, and insane 96 kHz A/D and D/A converters. Unfortunately, there’s no word yet on pricing.

Here’s everything you need to know about the four pedals on offer in the new Boss 200 series. 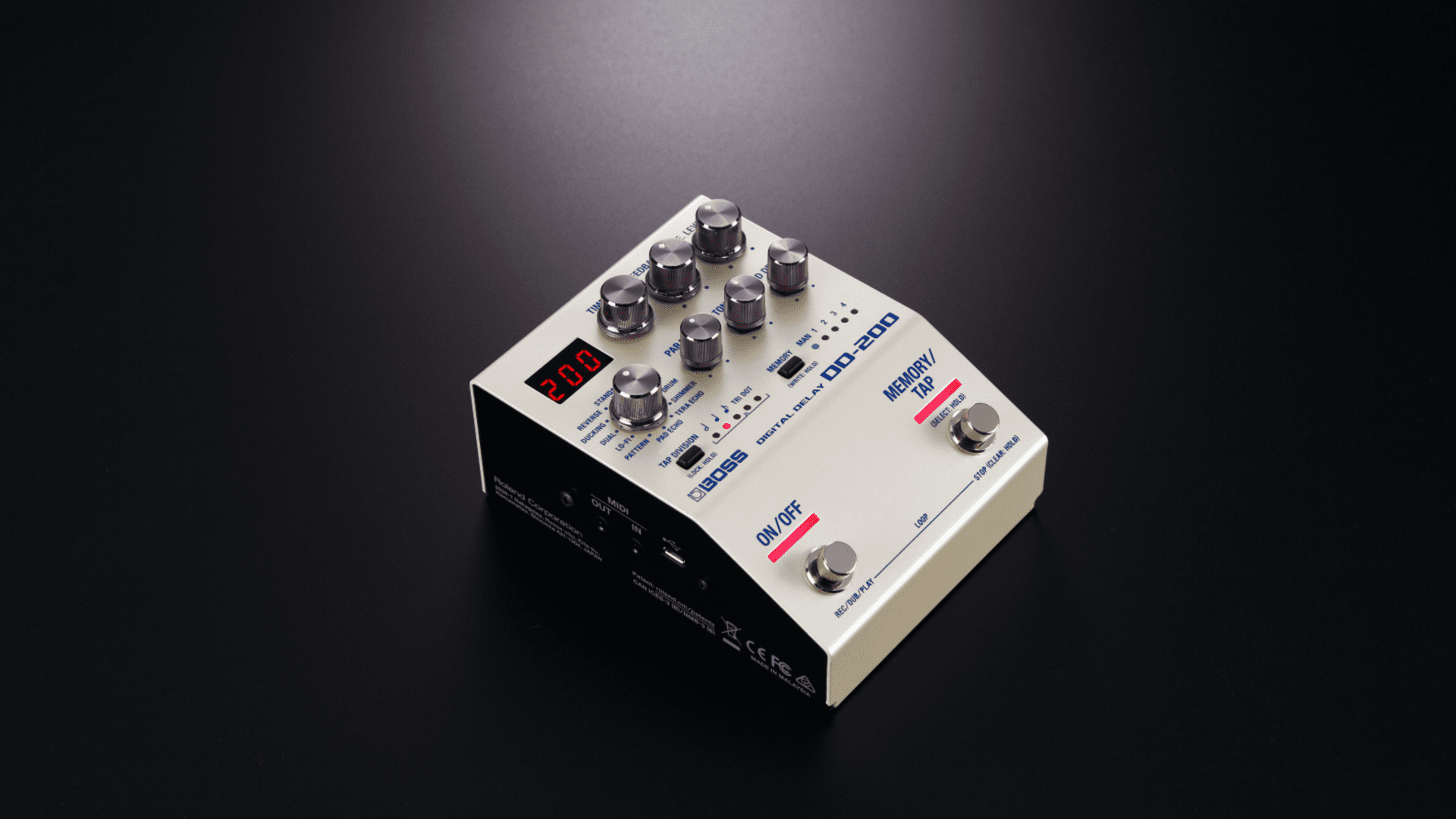 The Boss DD-200 brings the sound and functionality of the venerable DD-500 into a much smaller format. The DD-200 makes use of 12 different stereo reverb engines ranging from a tape and bucket brigade emulation to modern digital delays like reverse, pad, and pattern. The DD-200 also enlists the use of four programmable memory banks for easy switching between user defined presets. These can easily be switched using the memory/tap tempo switch.

The DD-200 makes use of tap tempo and on board controls, but also features control over 3.5mm MIDI. This allows for external control, seamless automation, tempo matching, and even DAW integration.

For added functionality, the DD-200 will also feature a built in looper that can be used in tandem with the delay. The Boss DD-200 will be available 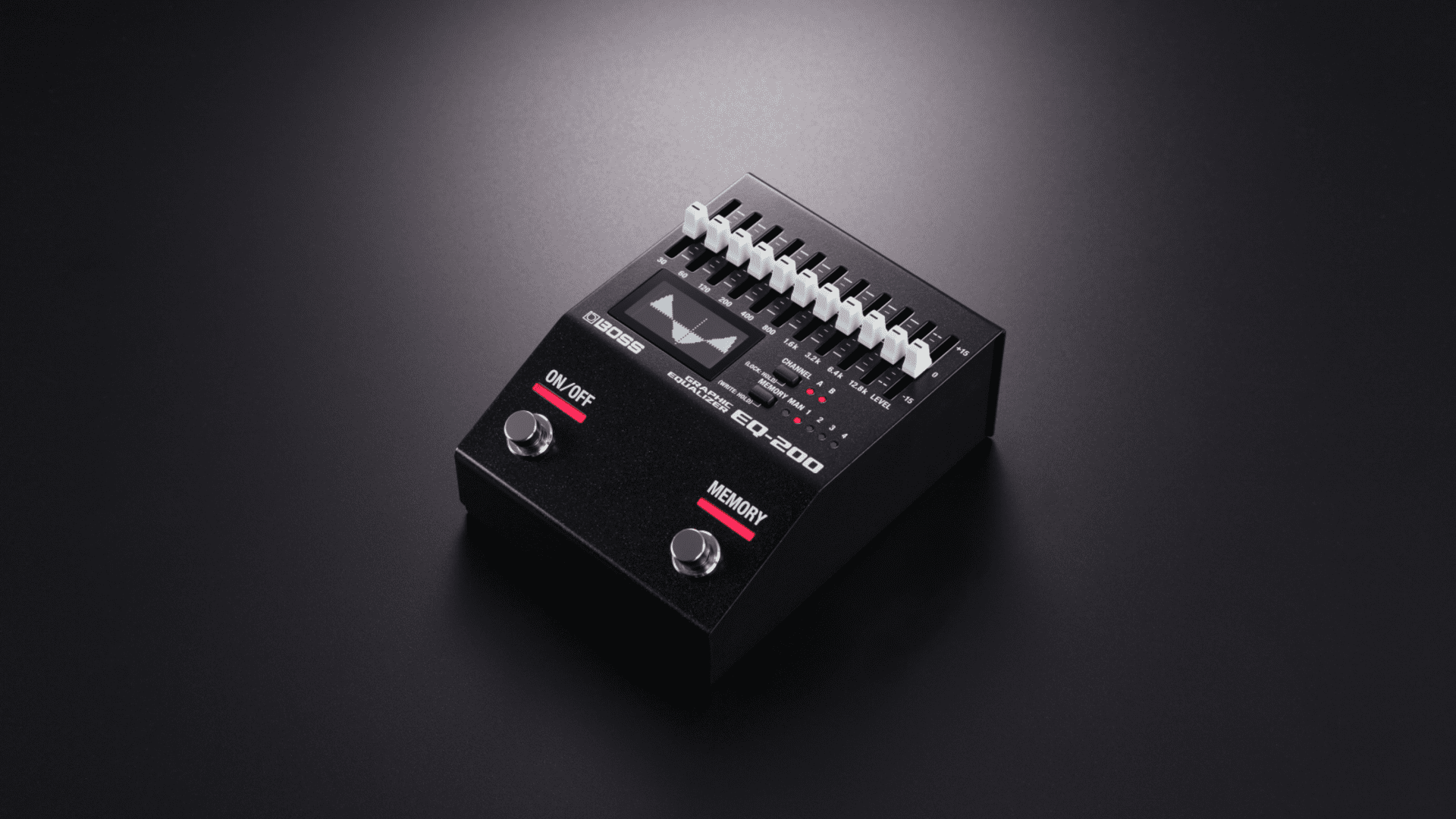 The Boss EQ-200 is a two channel, 10 band graphic equalizer perfect for detailed tone shaping. The EQ-200 will provide 15 dB of gain or attenuation per frequency, as well as a master volume with the same dynamic abilities. An on board display conveniently shows the current EQ curve.

The two channels of the pedal can be used in stereo, series, or parallel. Four switchable memory banks are provided as well. 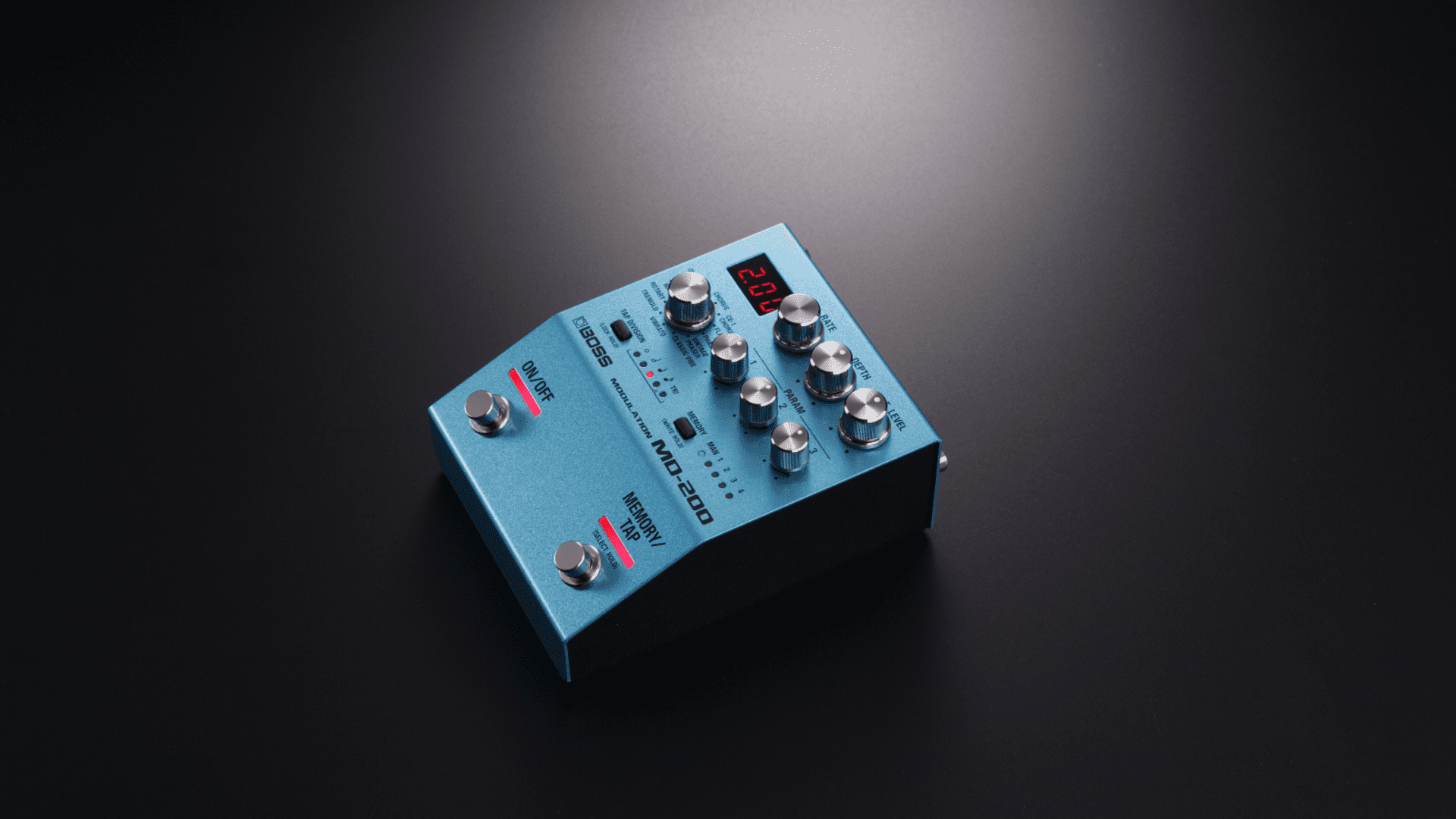 The Boss MD-200 brings twelve modulation effects into the same unit. Among others, the pedal will contain engines for chors, flanger, phaser, vibrato, tremolo, rotary speaker, and auto-wah effects. The controls on the pedal itself include depth, speed, and level as well as 3 parameters that control various aspects of the different effects.

The MD-200 features stereo inputs and outputs making it perfect for guitarists using multiple speaker cabs, studio work, and even keyboard players. The four memory banks allow for fast switching in between tunes. 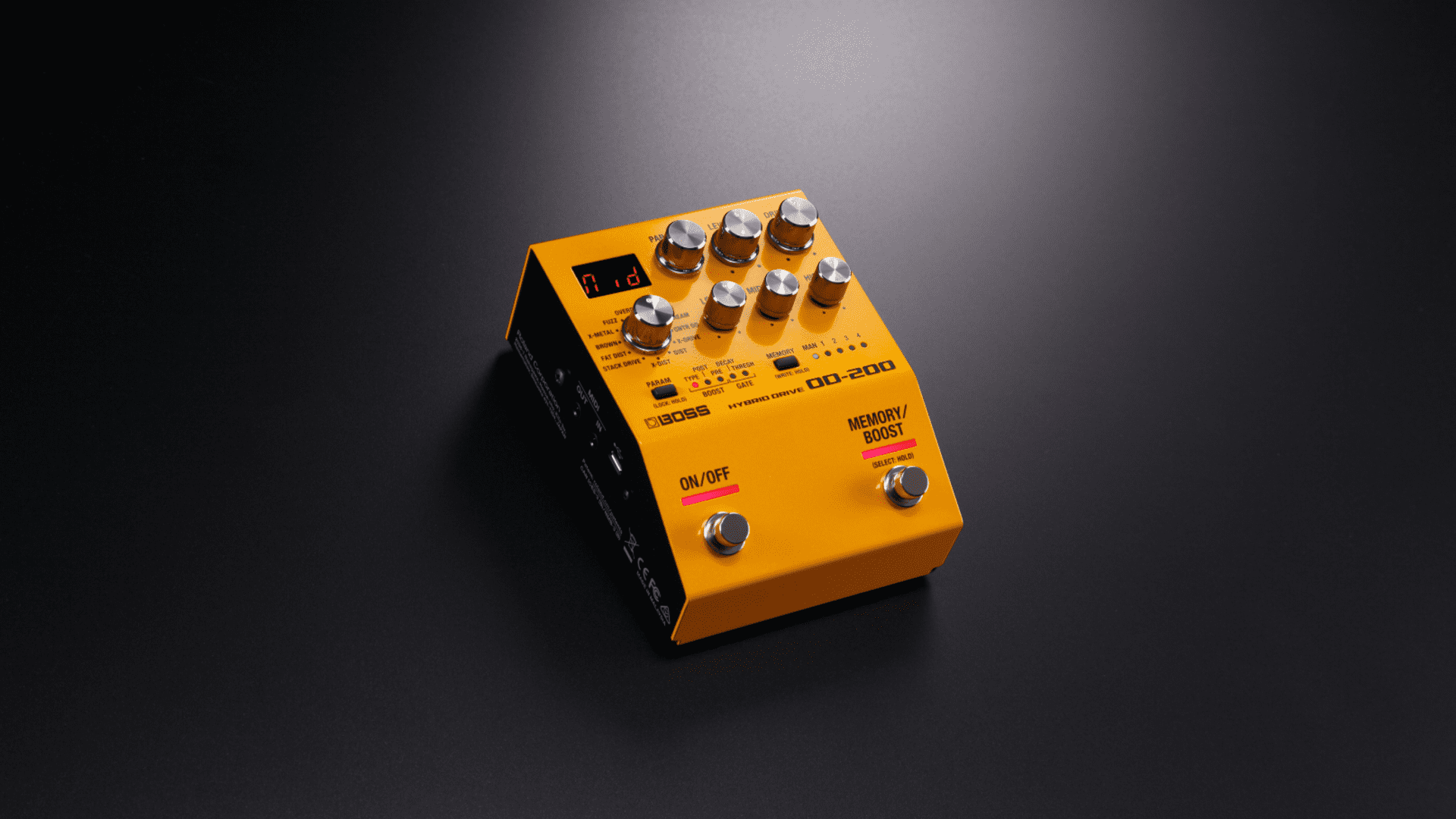 The Boss OD-200 is a workhorse overdrive/distortion pedal. The circuitry blends analog and digital components to bring you the absolute best of Boss’ decades of overdrive experience. 12 separate voicings will bring about unmatched overdrive versatility. Pre and post gain, an on board three band EQ, and built-in noise gate tone shaping to a new level. The OD-200 is the only pedal in Boss’ new 200 series lineup that does not run in stereo. It does, however, still feature memory banks and an expression control input. This pedal will serve as the ultimate weapon for the guitarist that needs to jump between different eras or genres within the same set list, as it includes iconic sounds from different decades and makes switching between those sounds easy.

Ibanez will release over 70 new guitar models in 2019, many expected at NAMM