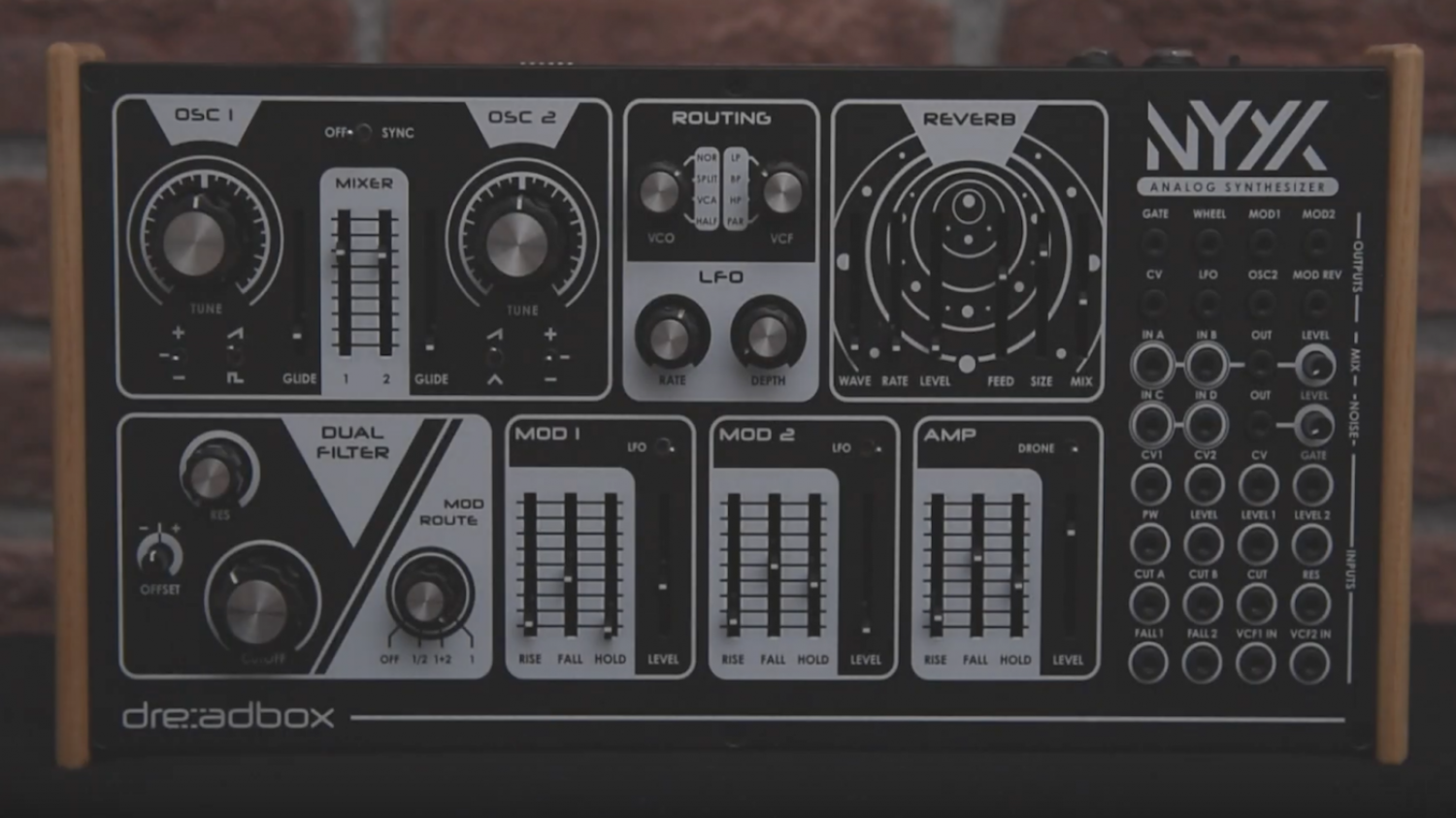 When Dreadbox, a Greek synth designing and manufacturing company quickly gaining traction revealed the Nyx Synthesizer to the world back in 2016, lovers of analog synths quickly flooded into dealerships to get their hands on it, and spread the word. Now, Dreadbox is back yet again with the next member of the Nyx synth family, bringing improvements and added abilities to the synthesizer that so many have come to love over the years. That new model comes in the form of the Dreadbox Nyx V2 — bringing so much more to love.

The original Dreadbox Nyx came with cool features that made it super fun to use, including a dual oscillator, a three-knob reverb section, and a 15-point patch bay. Now, with the Nyx V2, users get all of that and more. Dreadbox has expanded the patch bay by 100%, adding another 15 patch points to the system to bring your sound designing even further. On the original model, the two oscillators included each came with its own set of glide faders and waveform switches, with a single tune knob that was applied to both oscillators at once. On the newest model however, each oscillator is given its own dedicated section, and individualized tune knobs to really drive in your tone in a more specific way.

The reverb section has been expanded from three knobs for ‘time,’ ‘decay,’ and ‘mix,’ to a section of six faders to adjust more parameters of your desired reverb effect. The two modulation sections, for the most part, have remained the same, all except for the ‘hold’ switch, which on the new model has now been spread out along a fader to adjust hold time and sensitivity, rather than having it be a simple on/off effect.

The Dreadbox Nyx V2 was recently announced by the company, and more of its specs can be found on the official website. It also has the price for this new unit set at 539€, which converts exactly to just over $600, so we can likely expect to pay around that price for the unit eventually. We might have to wait for it to land inside the many Dreadbox dealerships across the country for now, but until then, we can all rest easy knowing that it is very real, and very exciting for analog synth lovers everywhere.