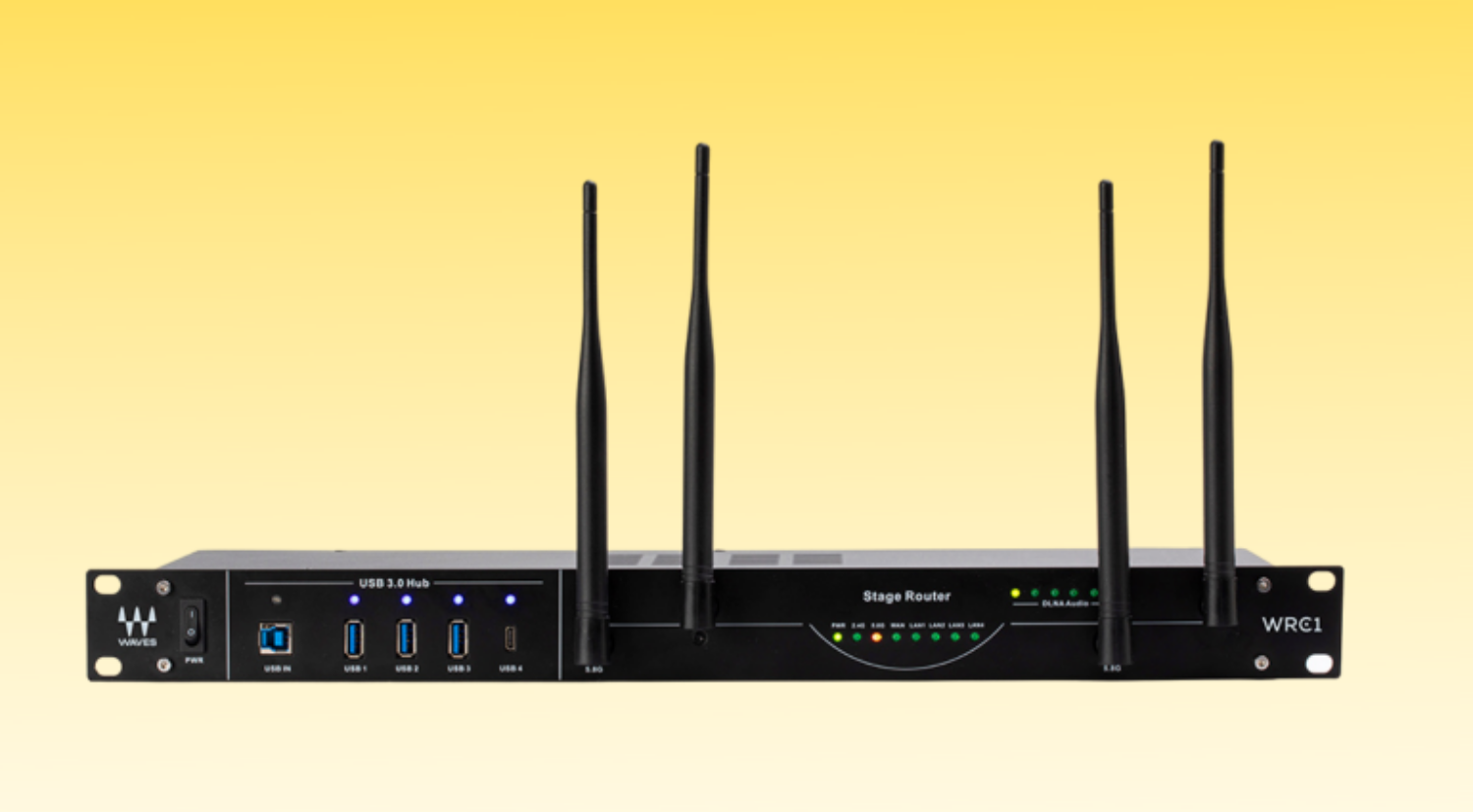 We all know Waves Audio very well for its long line of impressive audio plugins. But it appears as though now, the company has entered a new niche of specialization. As the rest of us are slowly returning to the steady pace of releases, riding the flow following what would have been summer NAMM, Waves has now delivered what no one asked for — a Wi-Fi router. While extremely unexpected, and quite shocking, the unit in question, WRC-1, does serve a solid purpose.

Waves Audio‘s WRC-1 is a rack-mountable wireless router, designed for specific use with its ‘MyMon’ personal stage monitor app. This app, released by the company late last year, lets performers adjust their individual mixes while on stage. So, when a performance contains multiple people consecutively using this system, this would require quite a strong and nearby connection. With dual-band diversity on board, this issue is child’s play to the WRC-1. On the front is a power switch, and a multi-USB port hub. This contains one USB-B, three USB-A, and one microUSB port to use. Next to this is a section is a signal strength indicator row of LED lights, and a DLNA player with balanced analog outputs. Finally, four separate antennae can be found pointing upwards from the front.

While these specifications are definitely noteworthy, the overall necessity of a name-brand router from Waves is debate worthy. Users in need could easily find a comparable router with similar abilities, and spend significantly less money. However to some others, this might become a clear necessity for operations, especially with its rack ears for simple portability.

However you look at this new hardware piece from Waves, perhaps the biggest deciding factor is its price. Waves has set its WRC-1 Wi-Fi router at a market price of $500. Which, is an extremely bold ask to anybody in the world, for a router, however powerful it may be. For more information on Waves’s new WRC-1 router system, or if you’re ready to buy, check out the company website.