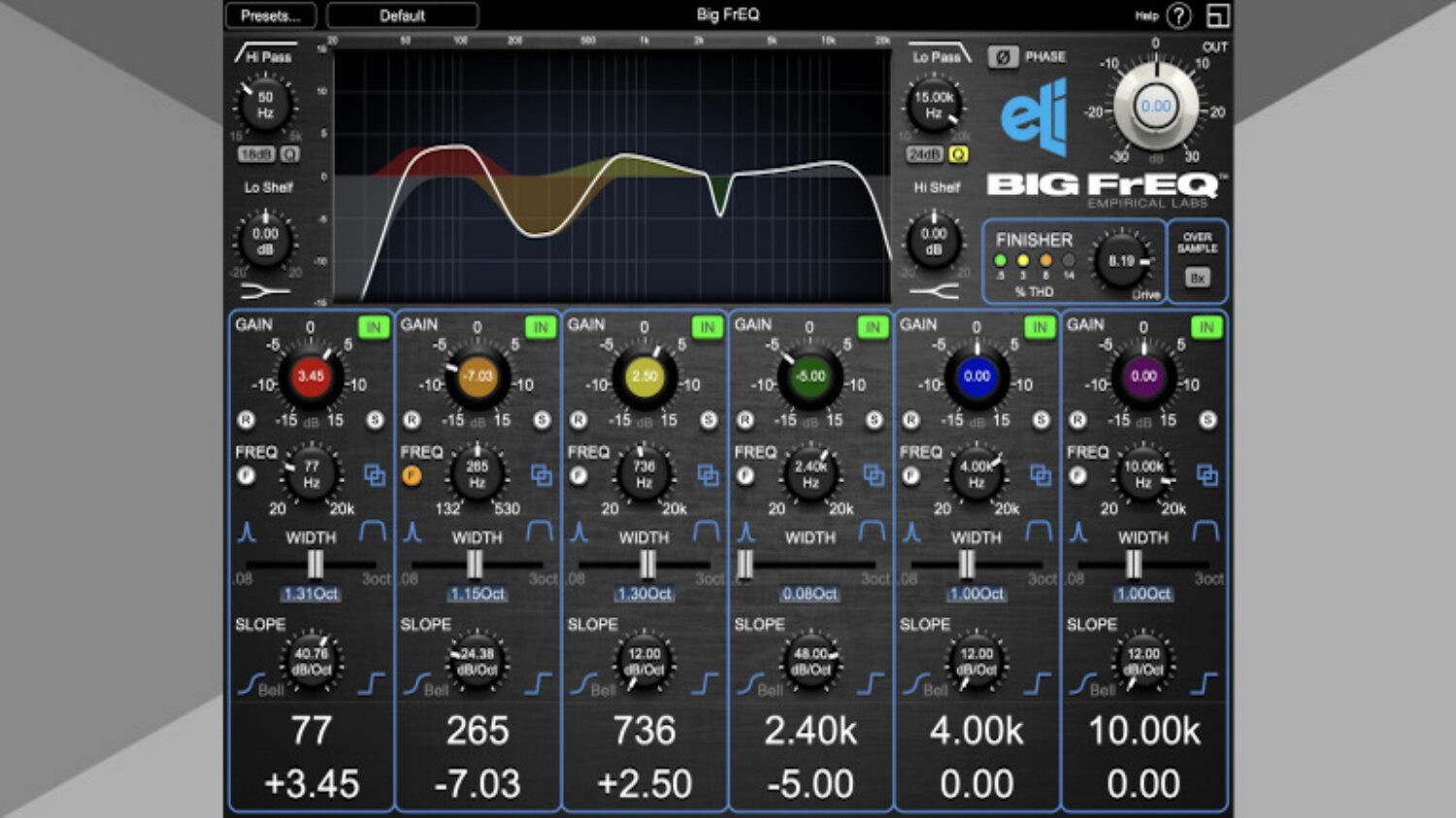 Anybody who has fired up a Distressor in their signal chain before, can attest to the genius of Empirical Labs. Now, after some long radio silence, it seems as though they are ready to release a brand new plugin. The name of this software is Big FrEQ, which is a play on Lil’ FrEQ, an existing hardware piece from EL. However, because plugins aren’t confined to a certain amount of real estate, Big FrEQ was taken to the next level.

Big FrEQ from Empirical Labs is a six-band parametric EQ, in fact, the company’s first ever equalizer plugin. When loaded, up to six bands can be engaged for a truly full-spectrum experience. Each band is color coded, very similarly to what we might find on Pro Tools’s stock EQ-7. At the top of each band’s section is a gain knob, with a range of +/-15dB each. Underneath this is a frequency control, and width (or ‘Q’) in a horizontal long-throw style layout. Sitting at the very bottom are the band’s slope control, and two number identifiers, which display the specific frequency and gain amount.

Outlining the visualizer are four knobs controlling hi-pass, lo-pass, hi-shelf, or lo-shelf functions. Finally, to the right are the plugin’s master controls: an overall gain knob, and phase switch, which will certainly come in handy to many. Similar to Empirical Labs’s “Arouser,” a section labeled ‘Finisher’ lets the engineer dial in the perfect amount of drive to give it some edge.

Empirical Labs just announced the FrEQ plugin, so for now, this is all the information we have. But we definitely look forward to trying the company’s first-of-its kind EQ for itself. Because of such overwhelming support from fans, EL is offering FrEQ at a limited time price of just $99. After which, the price will spike back up to the standard of $149. Which, on its own is not at all a bad ask for such a powerful plugin. To learn more, try it, or buy it, head over to the official Empirical Labs website.