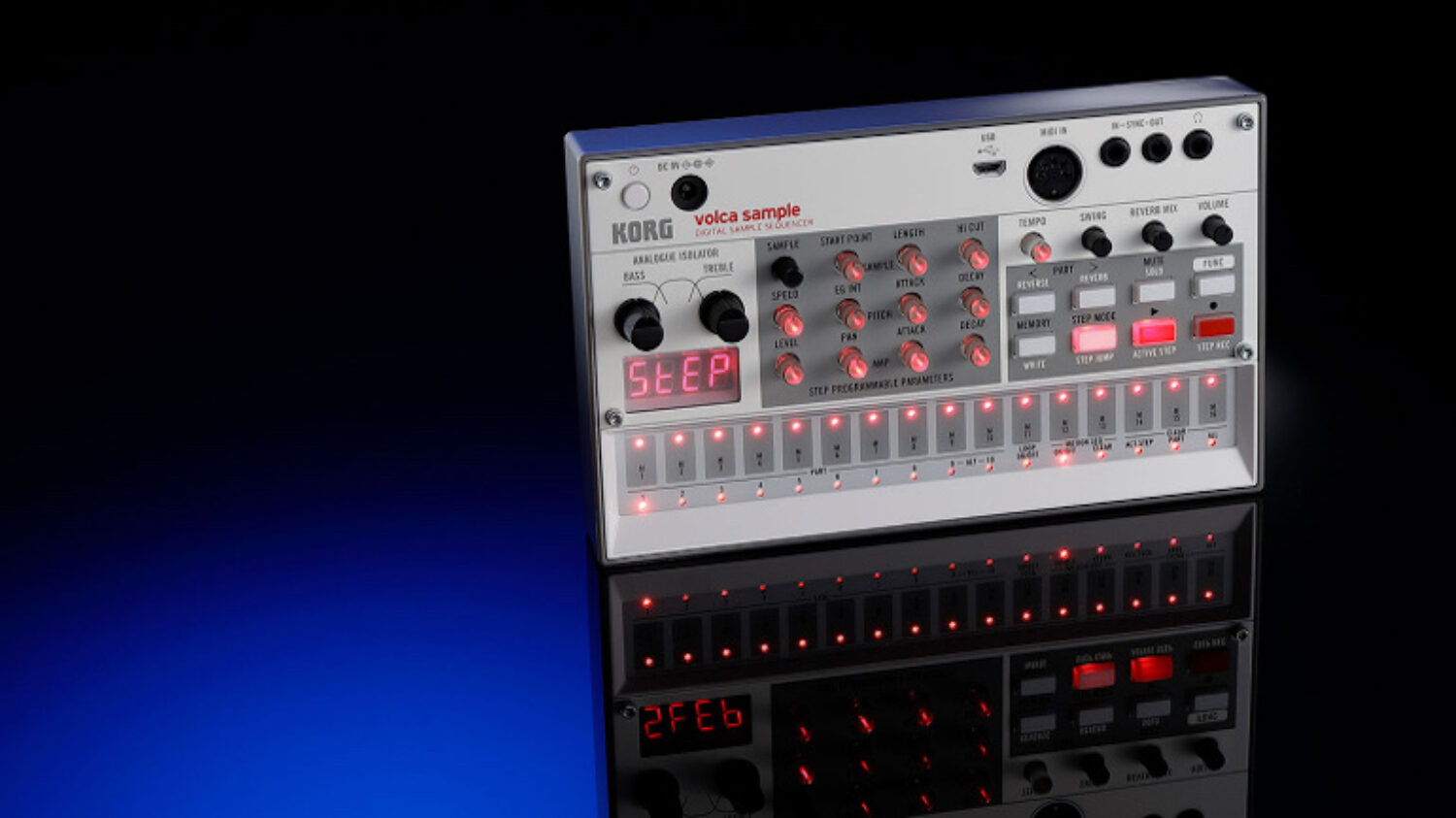 For six long years, Korg’s Volca Sample sequencer has become the go-to box for many music makers. Its extremely portable housing, packed with lots of unique features has continuously drawn attention over the years, maintaining its relevance. Now that sequencers, synths, and tech in general have grown over the years, Korg decided to update its beloved box. The new Korg Volca Sample 2 is brand new, and certainly brings some significant goodies to the table.

Now that it is into its second edition, Korg made Volca Sample’s memory its prime point of updates. The newly improved Volca Sample box, in fact, holds twice as much memory as its previous version. This provides up to now 200 slots for samples to be used, which is a major update on its own. Additionally, an extra 150 new sounds are onboard, which also leaves users 50 slots to use their own samples. Korg also included a new MicroUSB port for even easier connectivity, and use of USB MIDI. More prominently, in the sequencer, users will now see a total of 16 memory slots for patterns to be stored. With that said, users can also now chain together patterns with a newly included function, and two different step jump modes can be used within those.

Luckily, those itching to get their hands on the new Korg Volca Sample 2 won’t have to wait very long at all. It appears we can all expect the new boxes to begin shipping worldwide in September, 2020. At the moment, the majority of online retailers have its price set at just $149 in the US, and some do currently have it listed for preorder. So, if you can’t wait, be sure to hop on that now before they’re all swooped up in September. We certainly can’t wait to try it out for ourselves, either. Finally, those looking for more information, or their nearest dealer to run to upon release, can head over to its page on Korg’s website.