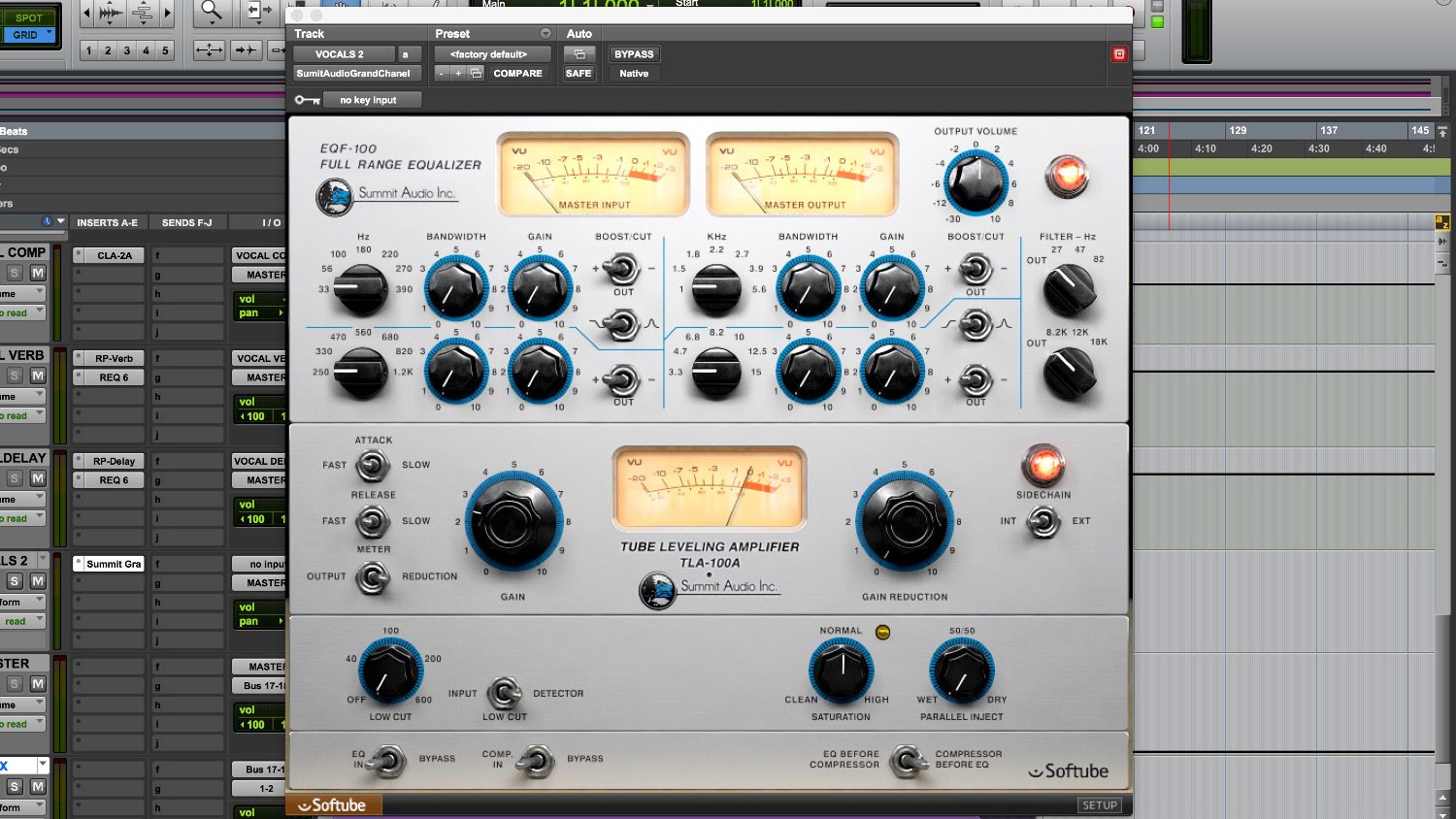 Since we’ve already reviewed both halves of the Grand Channel, you can find our reviews copy-pasted below into one easy-to-view review. 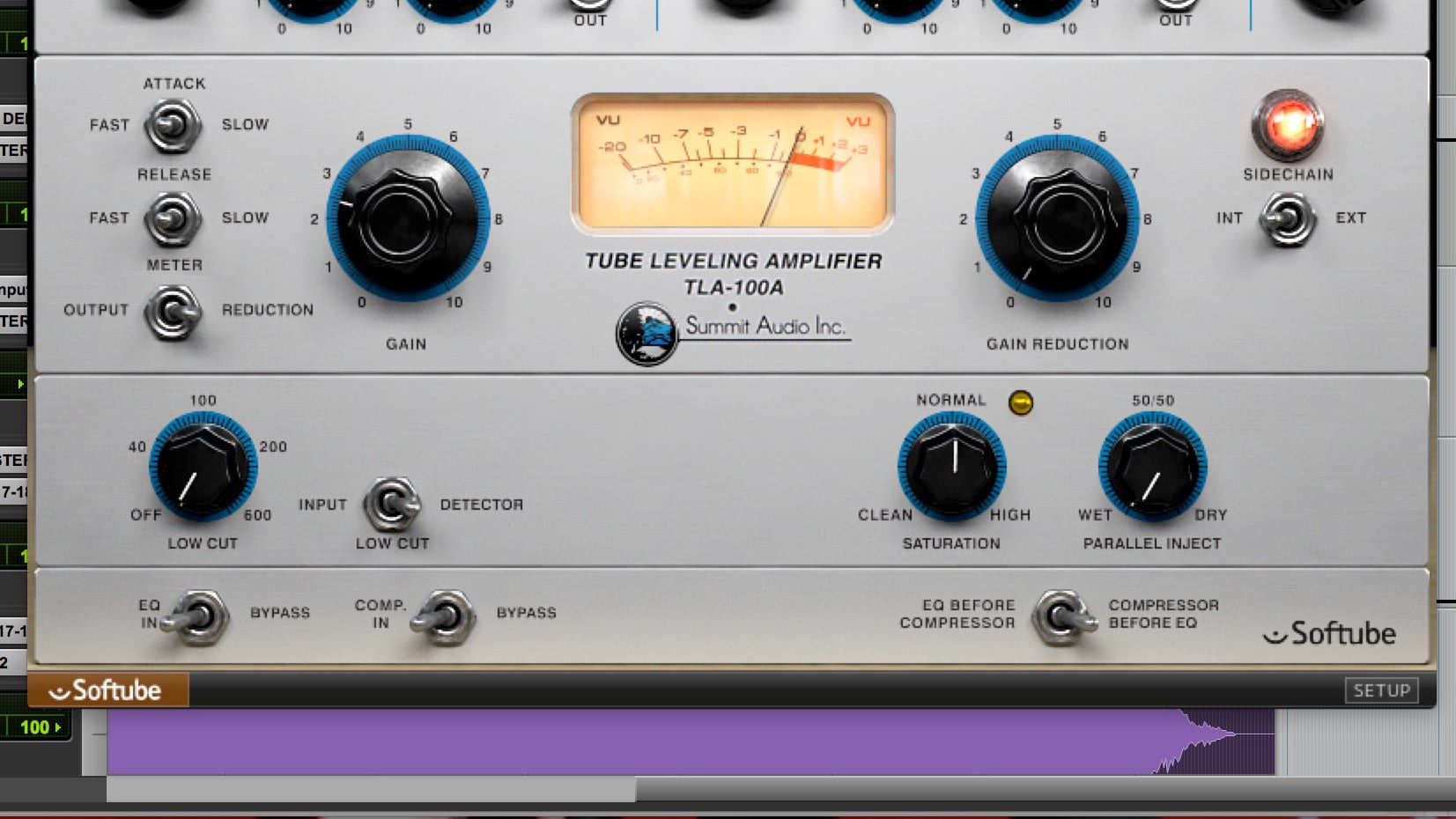 The TLA-100A plugin offers a pretty photorealistic look of the original TLA-100A — a trend the company has followed with other plugins too. That can either be good or bad, depending on where you sit — while it’s helpful for those already familiar with the TLA-100A, some might prefer an updated look. In any case, look is only part of the equation — the interface doesn’t just look good, it also navigates pretty well. On the top left you have switches to control attack, release, and whether the meter is output or gain reduction. Directly next to those controls you’ll find a gain knob, which is opposite a gain reduction knob that sits on the right hand side of the plugin.

Here’s where the virtual version of the TLA-100A diverts from the original. At the bottom of the interface, you’ll find a low cut filter, allowing you to control the bass response to either the internal or external sidechain. That’s a pretty nice addition, especially if you’re controlling something that has a lot of lower frequencies. On the other side, you also get a saturation control, giving your track that classic-sounding warmth without needing to push the input too hard.

Last but not least, you’ll get a parallel inject knob, which lets you control the wet/dry levels and is perfect if you want to use the plugin for parallel compression.

While that Parallel Inject button is a nice addition, you may not find yourself using it — that’s because the plugin is pretty gentle, and if you’re parallel compressing, you’re probably going to reach for something a little heavier.

That gentleness, however, is exactly what we want to hear from a TLA-100A emulator. You can most certainly hear the compressor working, but it never sounds overdone. Slap it onto a vocal and you’ll get a lot more presence. Run it through a bass, and everything sounds a lot smoother. Acoustic guitar troubles? The TLA-100A will caress that guitar into submission and get rid of some of those low booms along the way.

The saturation knob is particularly welcome, giving especially vocals that classic distortion that many know and love so much. That’s not to say you need it — you can still drive the compressor the same way you would any other compressor, but the saturation knob means you don’t necessarily have to. 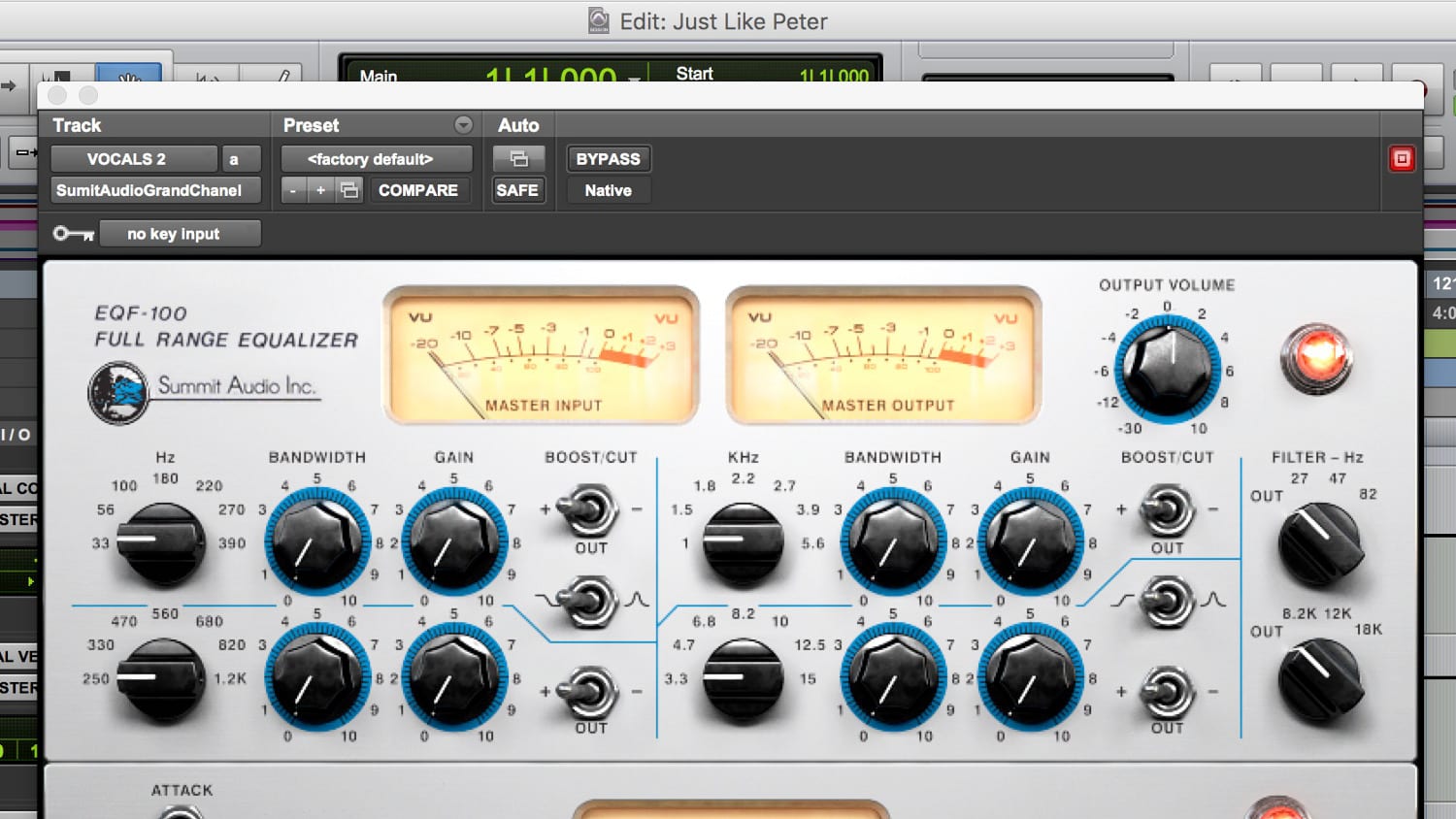 The interface for the Softube Summit Audio EQF-100 looks exactly as you would expect. It doesn’t really deviate much from the look of the rack-mounted EQ, and you’ll even see light reflecting off of the VU meter covers. That’s good news for those used to the EQ, as you’ll be able to quickly and easily navigate through the interface to get the sound that you want.

Each of the four bands on the EQ offers a selection of seven center frequencies, with the first band going as low as 33Hz and the fourth band as high as 15kHz. That’s perhaps not as low or high as some might want, but it should offer plenty for most circumstances. Each band also has a switch to let you change between a cut or a boost, a bandwidth knob that’s labelled between 1 and 10, and a gain knob that’s labelled in the same way. It’s important to note that, at least with the gain knob, the changes between 1 and 10 aren’t linear — that’s to say that the change between 9 and 10 seems to be a lot more than the change between 1 and 2. You’ll, as always, want to use your ears in your mix rather than the numbers on the screen.

On top of the controls for each band, you’ll also get a gain knob, and a high and low-pass filter, each of which offers three frequency choices.

In general, the Softube Summit Audio EQF-100 is very smooth sounding EQ. It’s known particularly for it’s warm-sounding bottom end. You won’t, however, use this EQ for as an ultra-precise tool, nor is it the best for adding a lot of presence. It’s better as a sculpting tool than a surgical tool, and if you buy it as an EQ to be precise with, you may be disappointed.

That, however, isn’t necessarily a bad thing — different EQs carry different purposes, and this one’s purpose is to sculpt. We found that it sounded particularly nice on a vocal, but it could really be used on anything — it’s very flexible.

Softube has released an excellent channel strip at a great price. While $329 may be a little pricey for some of the bedroom producers out there, its a great go-to channel strip. You can get it for yourself below, or as part of the Softube Volume 1 bundle.