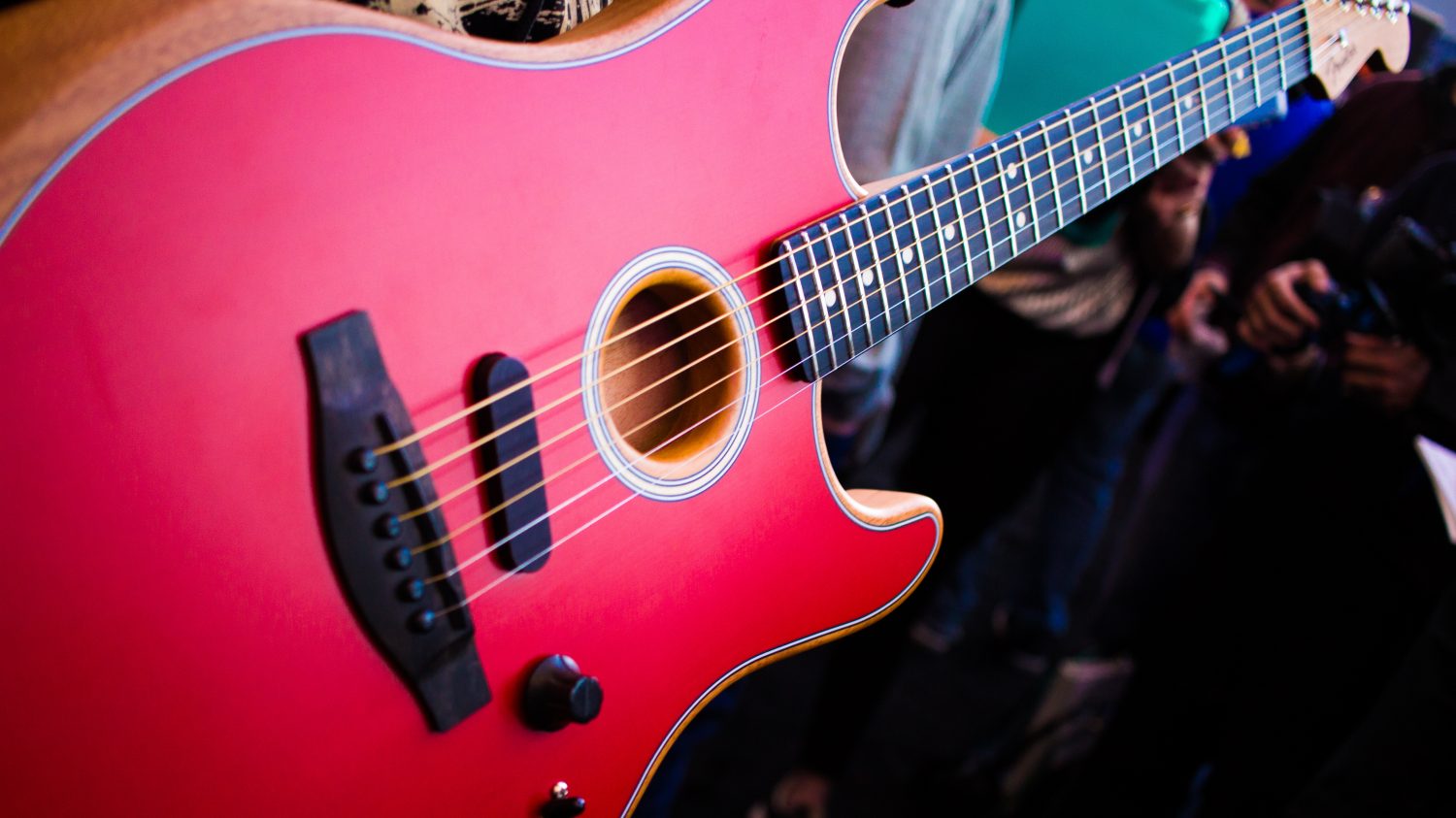 As we are well underway with news from NAMM 2020, we have a bunch of manufacturers coming forward with new announcements. And Fender is certainly proving to be no exception to that rule. A year ago, at NAMM 2019, the company introduced a brand new acoustic-electric guitar style that combined the best tones of both, seamlessly into one instrument with the American Acoustasonic Telecaster. Now, exactly one year later, Fender just announced a new addition to that series, with the new Fender American Acoustasonic Stratocaster.

The new guitar from Fender is being made in five different color finishes to choose from: Dakota Red (pictured above), Natural, Three-Tone Sunburst, Black, and Transparent Sonic Blue. All of which deliver a very earthy tone that maintains both its acoustic and electric energies. Much like last year’s Telecaster model, the Fender American Acoustasonic Stratocaster includes electronics made by the Fender Stringed Instruments Resonance System, and collaboratively designed pickups by Fishman and Fender. The pickup also incorporates Fender’s Noiseless magnetic technology, allowing the player to blend its tone with the Acoustic signal to achieve a sound like never before.

Additionally, the American Acoustasonic Stratocaster brings new tone-woods into the mix, as well as a classic mahogany Stratocaster neck, so it really feels like the user is strumming on a Strat. This model is going to become available starting in March of 2020, and Fender is expecting a lot of success with this model, based on the continued growth in sales of last year’s Acoustasonic Tele. For now, that’s all the info we have on this brand new guitar announcement from the team at Fender, but we look forward to seeing what else the company will uncover over the next weekend. Either way, this is a welcomed and thrilling next move from the company for 2020, and we certainly hope to see more growth in its Acoustasonic series in the years to come.

This isn’t the only acoustic-electric announcement out of NAMM 2020. Martin also introduced the SC-13E, which blends characteristics of acoustic and electric guitars. You can follow all of our NAMM 2020 coverage here.