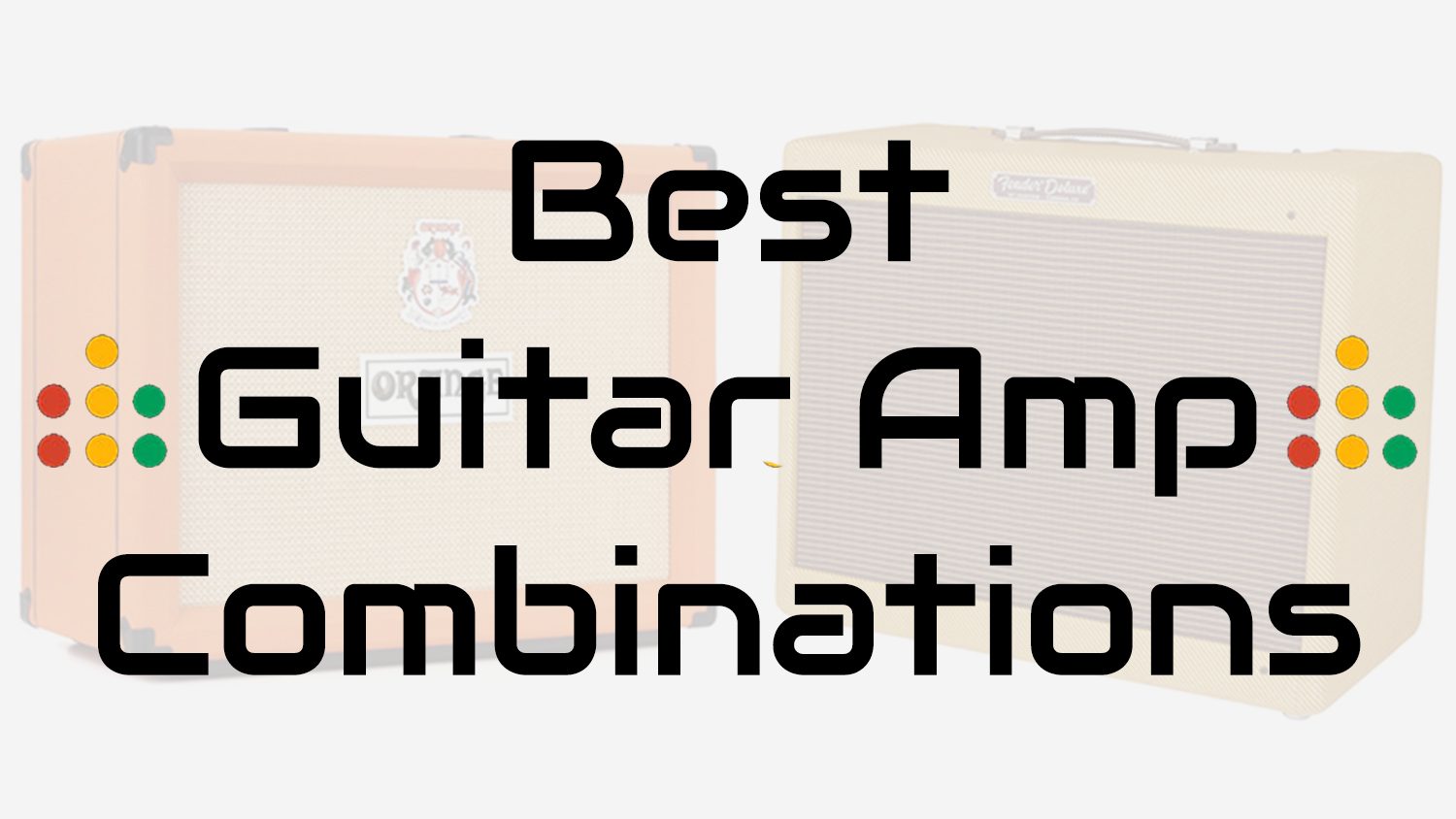 Sometimes you just can’t get everything you need from one amp. If you’re at the point where you’d like to experiment with a dual amp setup, there are a lot of reasons why you might want to go this route. For starters, no matter what (except for maybe digital or modeling amps), no single amp can do everything sonically.  If you’d like to try out some of your dual amp ideas but want to do a test run first, consider experimenting with the idea with amp sims before investing in the real thing. It’s not quite the same, but will give you an idea of where to focus your budget.

This is by no means an exhaustive list, but these suggestions give you an understanding of the idea at play here. Looking for a match made in heaven? Here are seven great ideas for guitar amp combinations.

One of the biggest reasons players use guitar amp combinations is for capitalizing on the stereo effects on their pedalboards. When used with a single amp, stereo guitar effects aren’t used to their full potential. But when you introduce the second amp with these types of effects the sound instantly becomes much more than the sum of the parts. Things are more spacious and lush, with added depth and dimension. This is especially perfect if you’re the only guitar player in the band.

When using two amps you’re going to need to decide on how you want to split the signal. There are a few methods you can use. The first would be with an A/B or A/B/Y pedal. To be clear, the difference is the Y routing lets you send it to both amps, while a simple A/B pedal means you can only use one or the other. A secondary option would be to use a stereo pedal as the last thing in the chain before the signal goes out to the amps. This is not a true stereo send though. Keep in mind that if you want a true stereo signal you’ll need to maintain the stereo send throughout your entire effects rig. To achieve this you could put an A/B/Y pedal first in line and keep it set to Y, but you’ll also need to make sure that every pedal in the chain is stereo – which might not be plausible depending on your setup.

Many guitar players opt for a “wet/dry” rig. This means that they have one amp they keep dry (no effects at all), while the other amp gets all of the effects signals. This can add some unique depth and dimension to the sound. There is even a wet/dry/wet configuration, used famously by Eddie Van Halen, among others. This means there are three amps. On a stage this means that the wet amps are located on stage left and right with the dry amp located center stage. Some good examples of this setup would be something like a Marshall as the dry amp and a model that takes pedals really well like a Roland Jazz Chorus or Fender Twin.

You want loud? Try matching these beasts with each other. This matchup was all over Blink 182’s self-titled record as their sound evolved, after sole guitarist Tom DeLonge had been using a Marshall and Mesa Boogie combination for years. Generally the AC30 would be set to that fab British crunch, with the Fender being clean or very slightly dirty. It’s a cool combination and both amps take pedals famously well. And if you don’t have the space for amps of this size or volume concerns are an issue, a smaller Vox like the AC15 and a Fender Deluxe is a great alternative.

Talk about dirt! This has been a favorite combination of hard rock and metal guitarists for decades. It’s a great marriage, with the strong midrange of the Marshall filling in the gap of the solid lows and high end of the Mesa Boogie. This is especially true if the midrange is scooped, which Mesa amps like the Dual Rectifier do really well.

The sound of Orange amps is not unlike those of other popular British manufacturers like Marshall. They’re known to be fairly mid-heavy, with plenty of available gain and volume that sound great for everything from blues to metal. But they lack a certain chime in the high-mids and high end, and this is where a Fender (or Fender-style) amp can be a great complement. They both take pedals well, but Fender tends to always win in that matchup.

British growl marries with British charm in this fab amp configuration. They both offer a strong midrange, but they do it in very different ways. One of the cool aspects of this matchup is that you could use the Marshall as the dirty amp and the Vox as a clean platform. Or, you could use them both for overdrive! As for the Marshall amp selection, you have some wiggle room. A JMP is a great choice. This amp was the precursor to the JCM800, which is also a great option. And you can never go wrong with a Plexi or Silver Jubilee. However you choose to dial them in you’ll get some fantastic across-the-pond color.

Talk about heavy! This matchup is probably best for players in the metal and heavy rock realms, but there is no denying the amazing distortion sounds you’ll be able to get when you match a Peavey with a Mesa. They both take pedals fairly well too, so you can add some interesting routing ideas to what you have on the floor or in the rack.

This one is more conceptual than about certain products. There can be some really cool benefits to combining an analog amp (tube or solid-state) and something digital like a modeling amp. Going this route, the amp matchup might need to be a deliberate decision.

There is certain irony in the dichotomy here. We all know not all modeling amps are created equal, so this setup would probably be best with something high-end like a Fractal, Axe-FX, or Helix.