Home > Tutorials > What to look for in a music production laptop: Everything you need to know 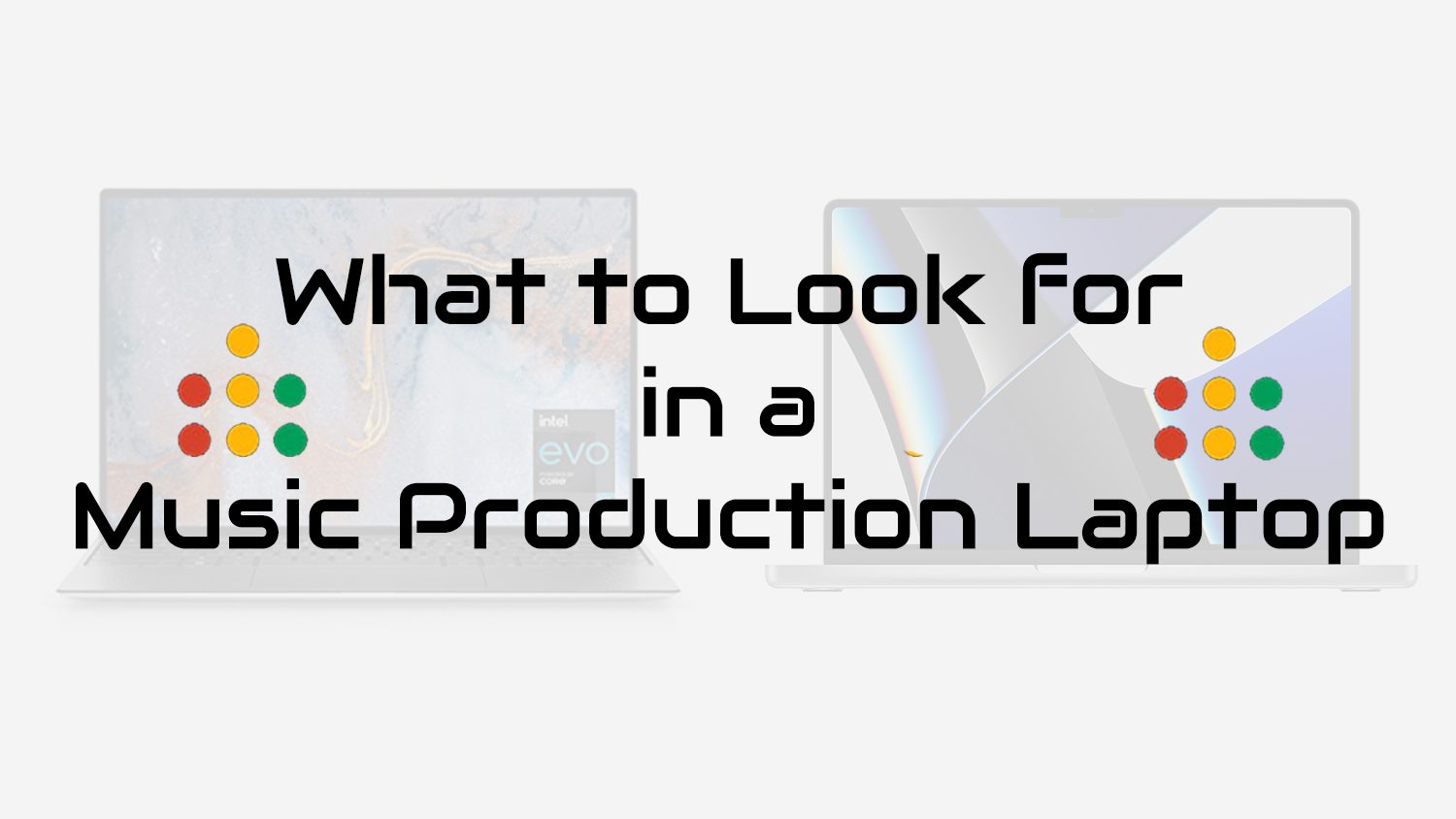 It wasn’t that long ago that laptops were not the ideal workstation for professional audio. They were a bit underpowered to handle the processing required to operate sessions stacked with tracks and plugins. This was especially true when it came to mixing. But as technology has improved, a laptop is actually the preferred type of computer by many engineers and producers. Earlier in the year we ran down the best computers for recording. So let’s examine what to look for when shopping around for a music production laptop. 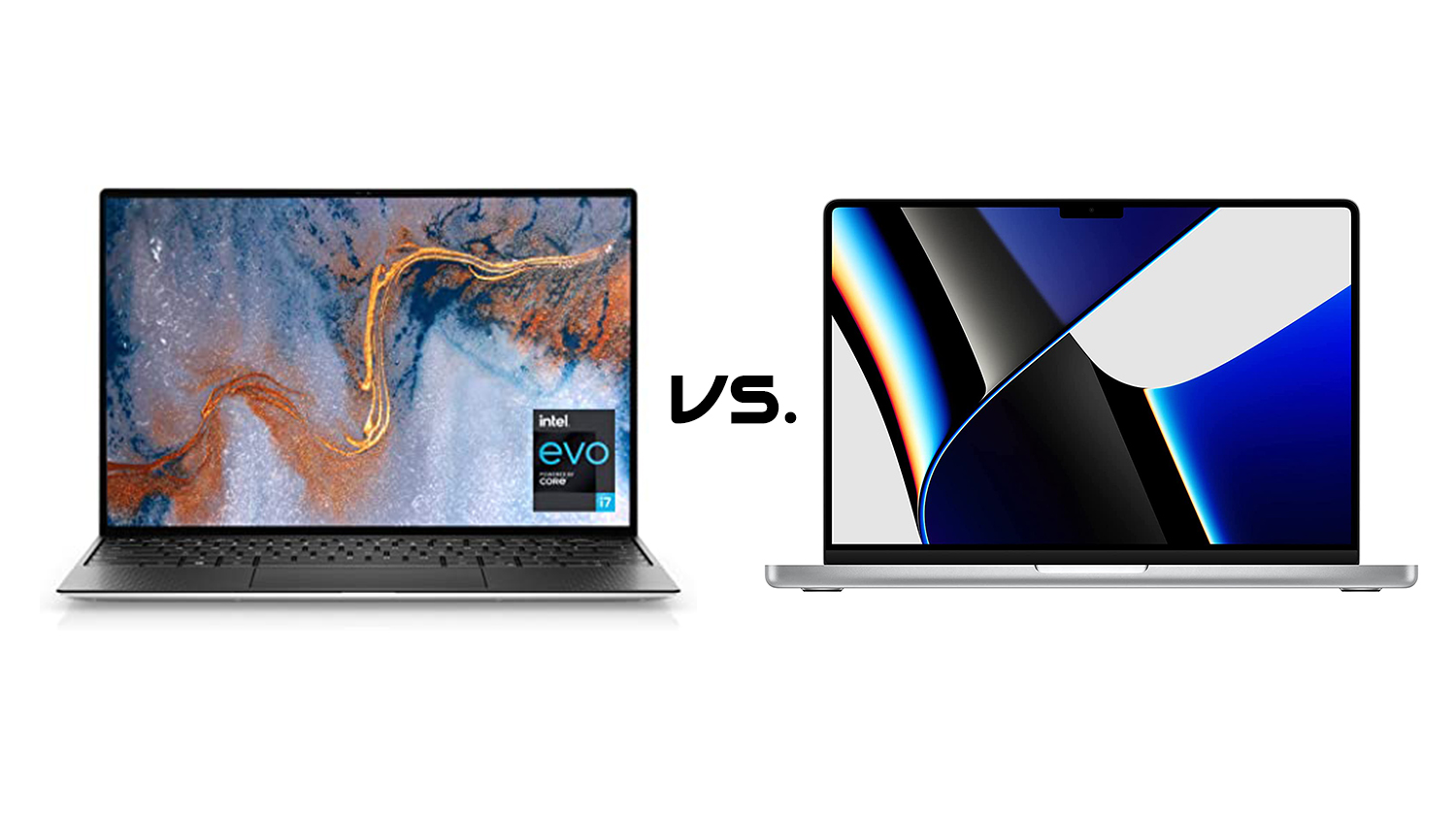 Oh, the endless debate! Everyone has their favorite and no one wants to switch over. So which is best for you? Windows machines are versatile, and there are a lot of options. They can also be upgraded with things like additional RAM. Macs, on the other hand are not easily upgraded. Macs are well-built, reliable, generally powerful. But they are expensive. And unless you’re tied to the OS, you can get an equally powerful, if not more powerful, Windows machine. Your plugin library and preferred DAW should also be taken into consideration. As not all plugins run on Macs. Windows wins the plugin fight hands down, but more manufacturers are supporting Macs these days. 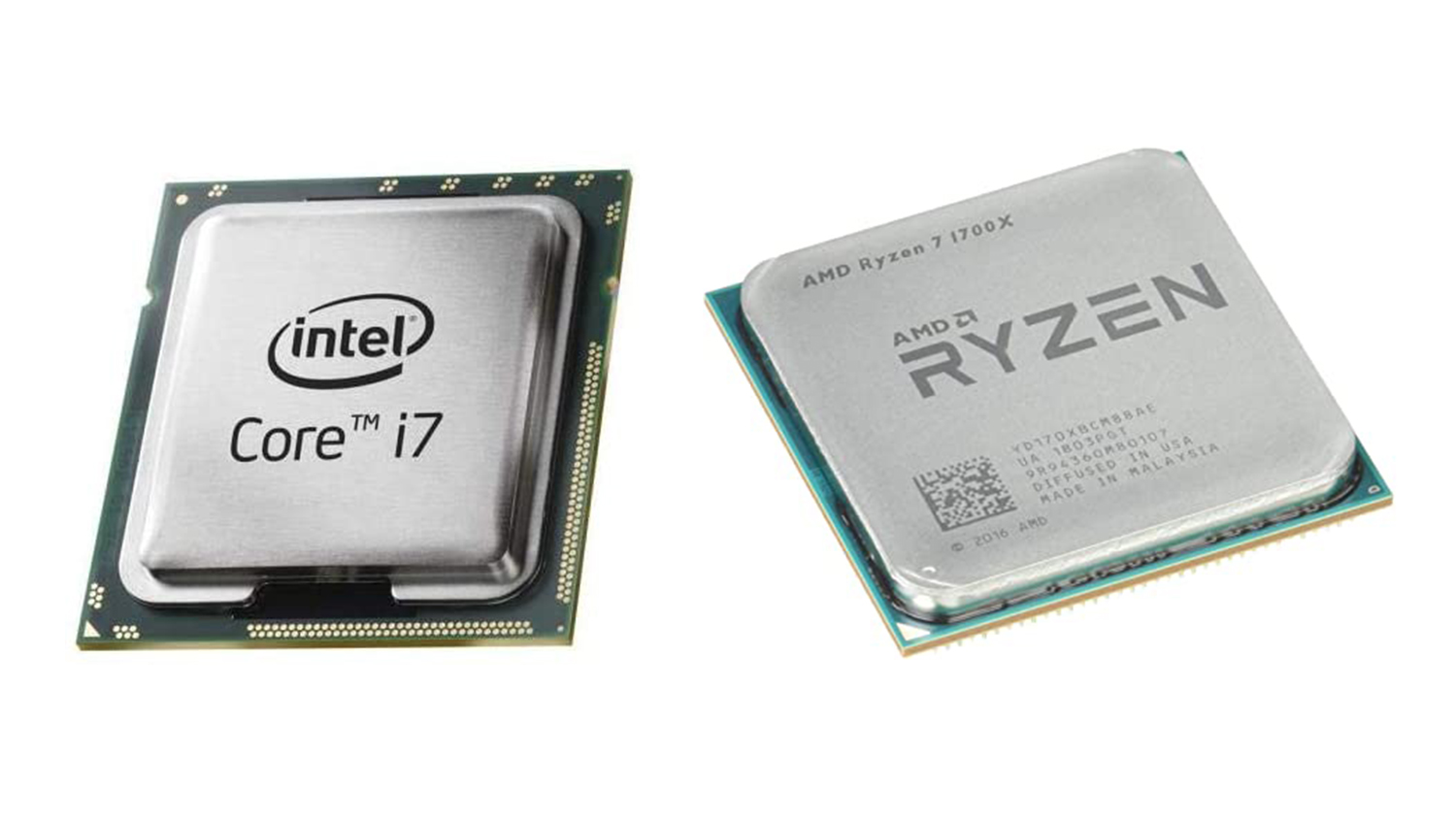 Music software in general is very resource heavy. To ensure the smoothest session flow you want to have a processor that won’t let you down. Who wants to have to stop a take because the computer is “thinking”? For computer and music technology geeks alike, processors are one of the favorite topics to discuss. It can simply be reduced to “the faster the better”, but you can also go overkill and end up paying more for your music production laptop than you rightfully should. But consider that some software has certain CPU requirements. For example, Pro Tools requires an i5 level, and an i7 is recommended. Music production laptops are different than desktops, in that the CPU is integrated with the motherboard. This means you can’t retrofit a new one, so you have to get it right the first time.

In tandem with RAM, the type of processor is crucial to whether or not a certain laptop works well for audio -as well as video – production. Intel and AMD are the big players in the processor space, and both are solid choices. I tend to favor Intel, but as long as it’s powerful enough which you choose is a bit negligible. Because for the longest time Intel’s i7 and AMD’s Ryzen 7 were the gold standards. The i9 from Intel is out now, but in its fledgling phase.

It’s also important to point out that Apple is now building its own computer chips too. Apple’s chips have proven to be incredibly powerful, and while the base model, the M1, is capable of basic tasks, it’s worth considering a machine with an M1 Pro, if you have the funds.

Most recommend at least a quad-core processor for resource-heavy work like music production. Each core of the CPU can independently process data, so adding more increases the processing capability. Threads and cores are different. Most music technology professionals will recommend a processor with solid single thread performance. But core count still matters. Clock speed is yet another small but significant detail. The general range is 2.4-4.2GHz. Again, the faster the better. 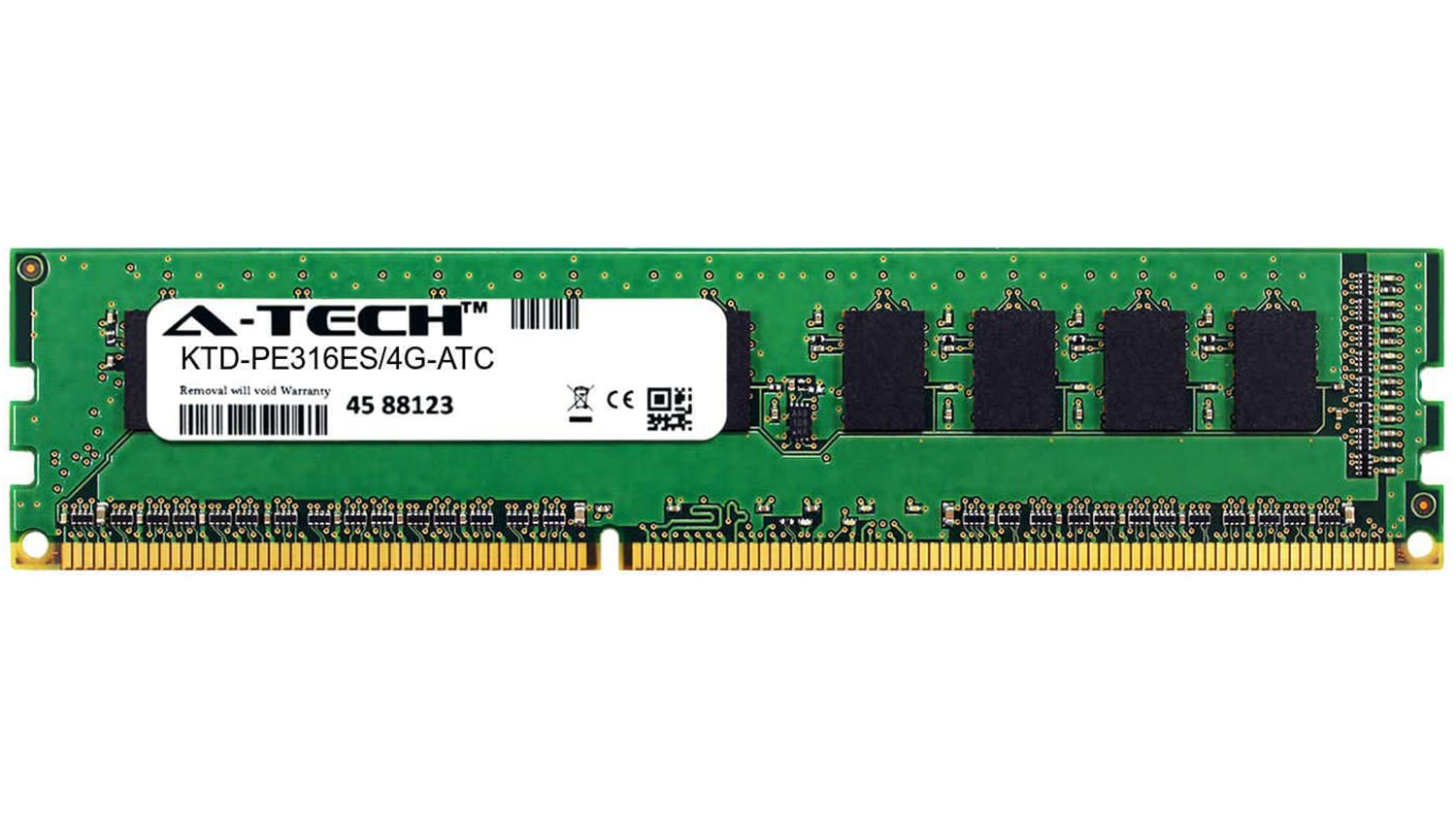 RAM is storage that operates at a very fast speed. It works in tandem with the processor to access data that is being used constantly. It’s then stored temporarily for quick access. In music production there any number of tasks that your machine is computing. Access to the hard drive or storage to pull audio files into your session, running plugins, rendering files. And some plugins take up a lot of resources. Pitch correction and soundbank virtual instruments are notorious for this. Latency isn’t as big a problem as it used to be, helps with that too. And what if you have multiple sessions open? Or you are running other types of software as well as your DAW?

It’s no lie – more RAM is always better. For modern music production at least 16GB is recommended, but 32GB is becoming the standard. If you don’t have enough that your session needs to access it could glitch or freeze the deeper you get and the more tracks and plugins you add. You can always additional RAM and it’s not that expensive. But check the spec sheet that comes with your computer to make sure it has extra slots. Most laptops do now. It really depends on what you need out of it. 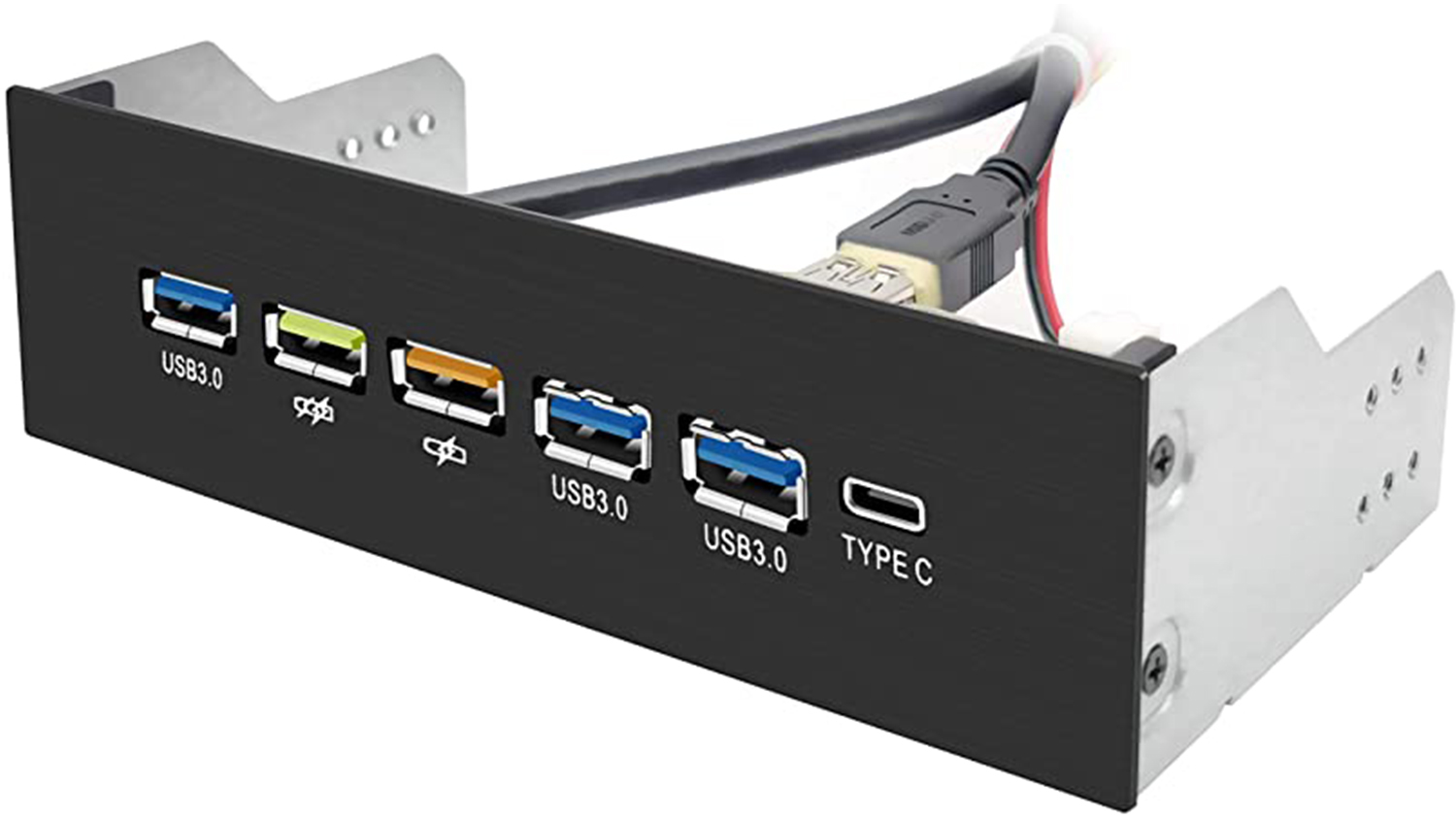 This aspect is critical when shopping for a music production laptop. Let’s start with your interface of choice. Most interfaces run on USB 3.0 or 2.0 or Thunderbolt, which is now in its fourth generation. For producing music on a laptop, interfaces that require a motherboard card won’t be an option. But the point of producing on a laptop is portability, which those interfaces generally aren’t. You also have to think about peripherals like MIDI keyboards, control surfaces, and sample libraries. If you’re running a Mac you’ll likely need to decide between USB or Thunderbolt, since modern Macs don’t really offer other ports. But the ports on Windows computers vary widely and you’ll want to make sure the one you choose offers what you need. There are also hubs and docking stations if you want more to gear to carry around. 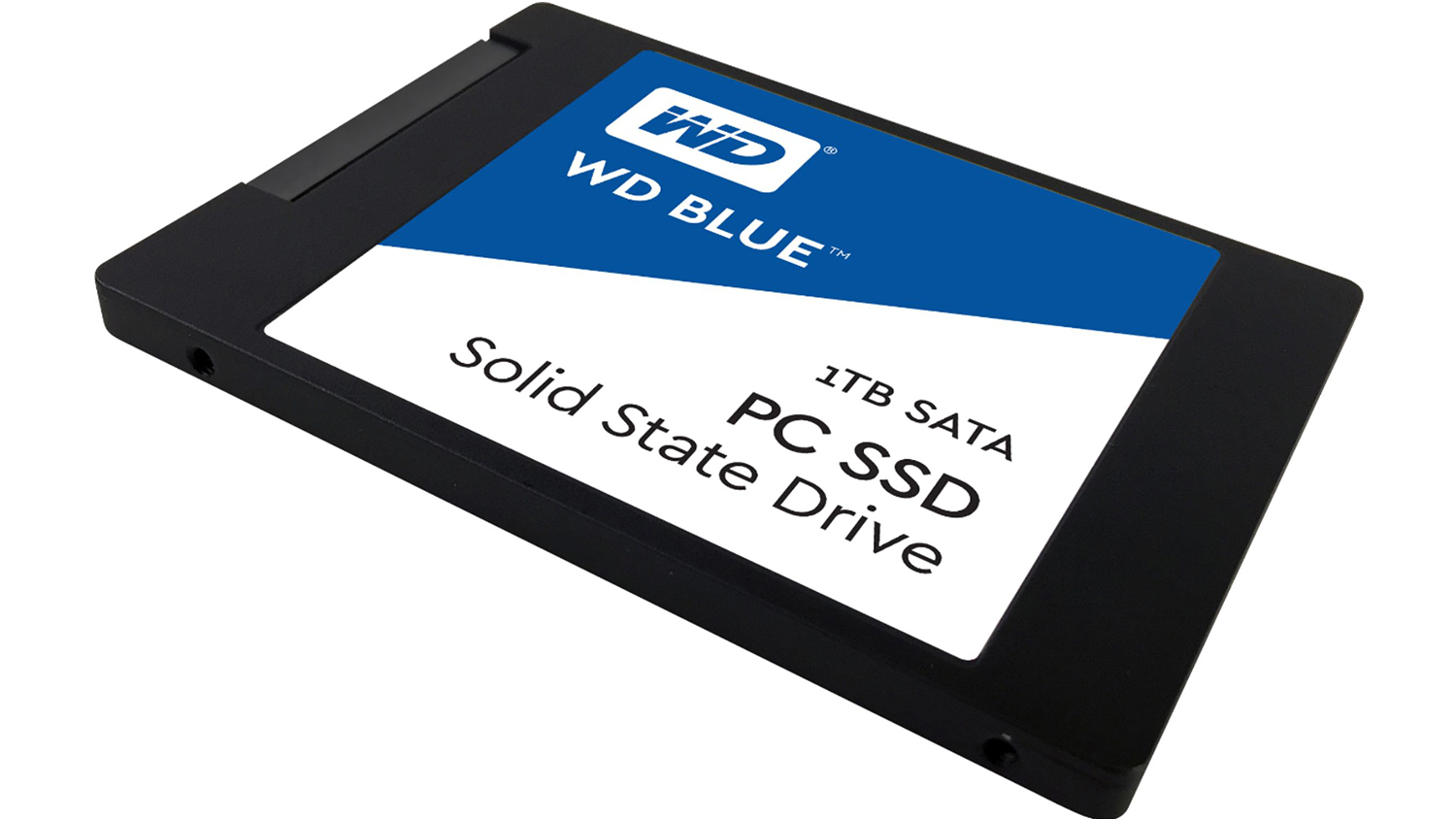 Whether you’re shopping around for a music production laptop with the internal hard drive you want or you’re looking to add an external to your setup the type matters. For the longest time mechanical hard drives were the norm. They operate on a design that is very similar in concept to a compact disc. Their disc spins and the data is then read and transferred. They are fairly reliable, but are prone to fail under certain circumstances. They are also pretty fragile. Not ideal for use in a music production laptop that is meant to be on-the-go. Is there a better option?

We’re all familiar with thumb/flash drives and USB stick hard drives. These have always operated on what’s called solid-state “flash memory”. For the longest time they were pretty expensive and only available in the previously mentioned form. But for a while they have been available in standard drive form and outfitted consistently in new model computers. They are now the standard and the recommended way to go, as mechanical HDD hard drives are being phased out. SSD drives are especially great when working with large, resource heavy sample libraries.

SSD drives have higher write and transfer speeds, are more reliable, and less fragile. But this comes at a price – they have a much lower overall storage capacity. Something to keep in mind is that the closer to maximum capacity a hard drive gets the more likely it is to fail. This is especially consistent with HDD drives, but still rings true with the newer SSD models. If you’re going SSD (and you should) don’t forget they generally have drastically lower storage available. This means the likelihood that you’ll need a backup or secondary increases significantly.

This is one of the areas where there is no argument. SSD is the way of the future and the recommended way to go when selecting a hard drive. 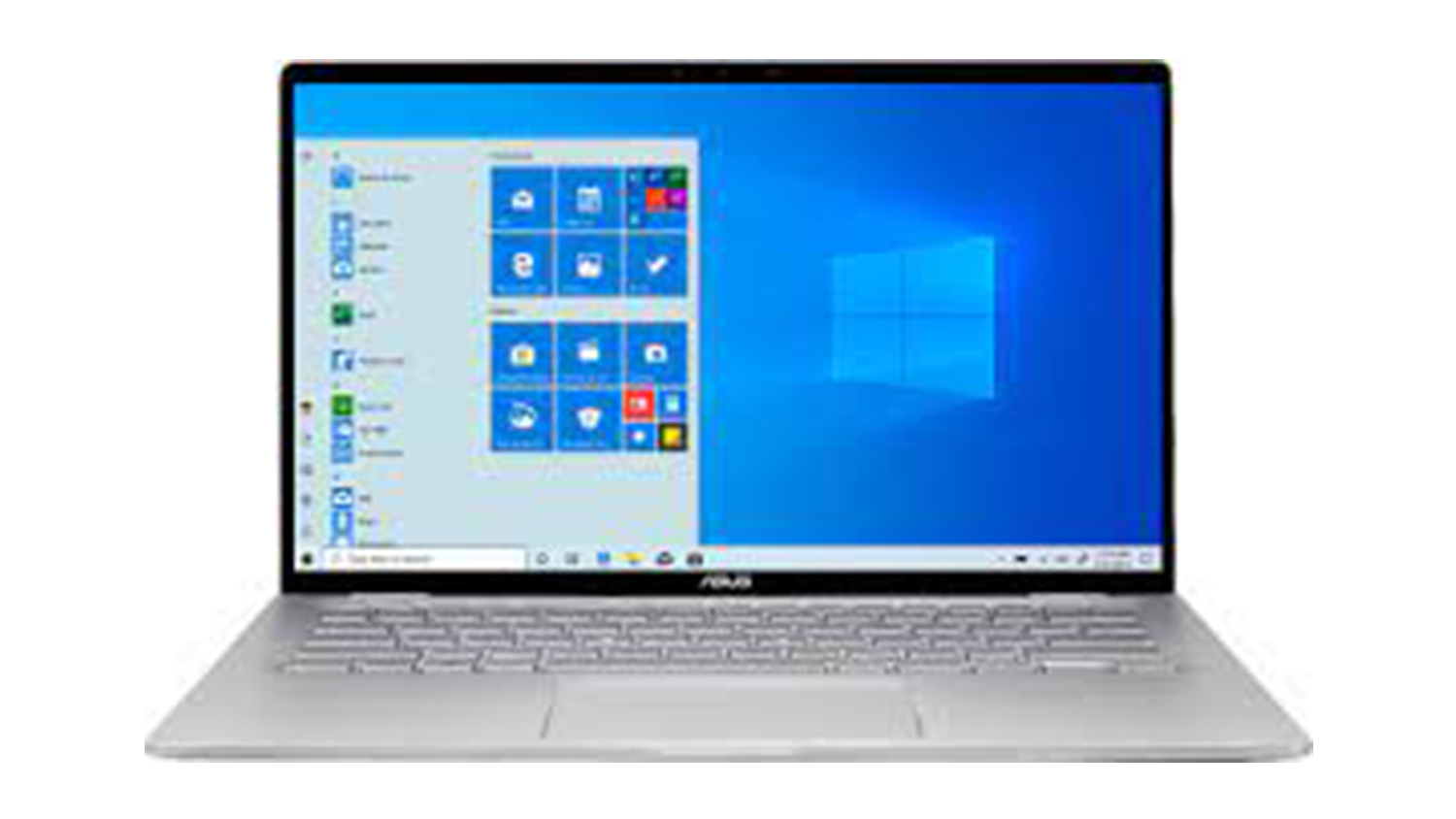 This is one of the most overlooked specs when shopping for a music production laptop. Usually due to the fact that engineers and musicians don’t usually realize how much screen space they’ll need at first. What size of workspace do you like to use? How many tracks do you want to be able to see without scrolling or minimizing? Portability is also a factor. The bigger the screen, the bigger the machine. This might depend on how much you need to move around.

Graphics cards might be the least important aspect of a music production laptop. The onboard card that comes with your laptop should be more than enough. If you decide to go high end, you can also easily do video production. A lot of laptop graphics cards are now integrated onto the motherboard (UHD), which makes them process things even faster than they used to.