Home > Guides > Guitar Speakers: Everything You Need to Know 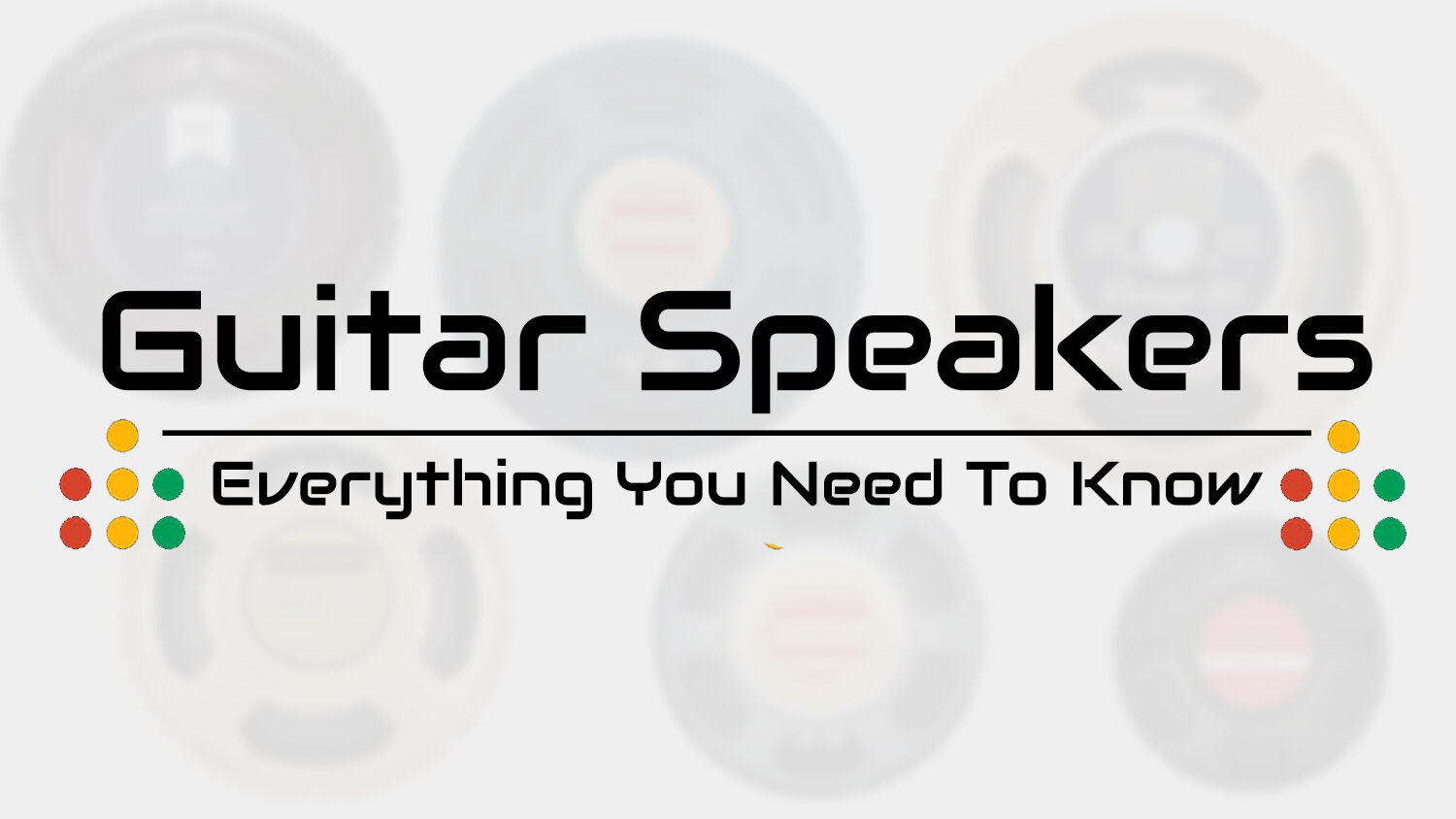 Let’s get one thing straight – speakers are a huge element of a guitar player’s overall tone. They are so much more than the last stage of the signal chain. They are responsible for translating all of the combined elements of the overall sound – guitar, cabling, pedals, and amp choice into what we perceive as guitar tone.

But they are also one of the last considerations when upgrading a rig. Why is this? It might be because there is a lot of confusion about what they do, how they do it, and the differences between the different types. Some of it can be very technical, but the point of this article is to explain things in simple terms that even the least technical guitarist can understand.

Guitar speakers come in many sizes and vary in power-handling capability. Resonance is also a consideration, as is the construction. 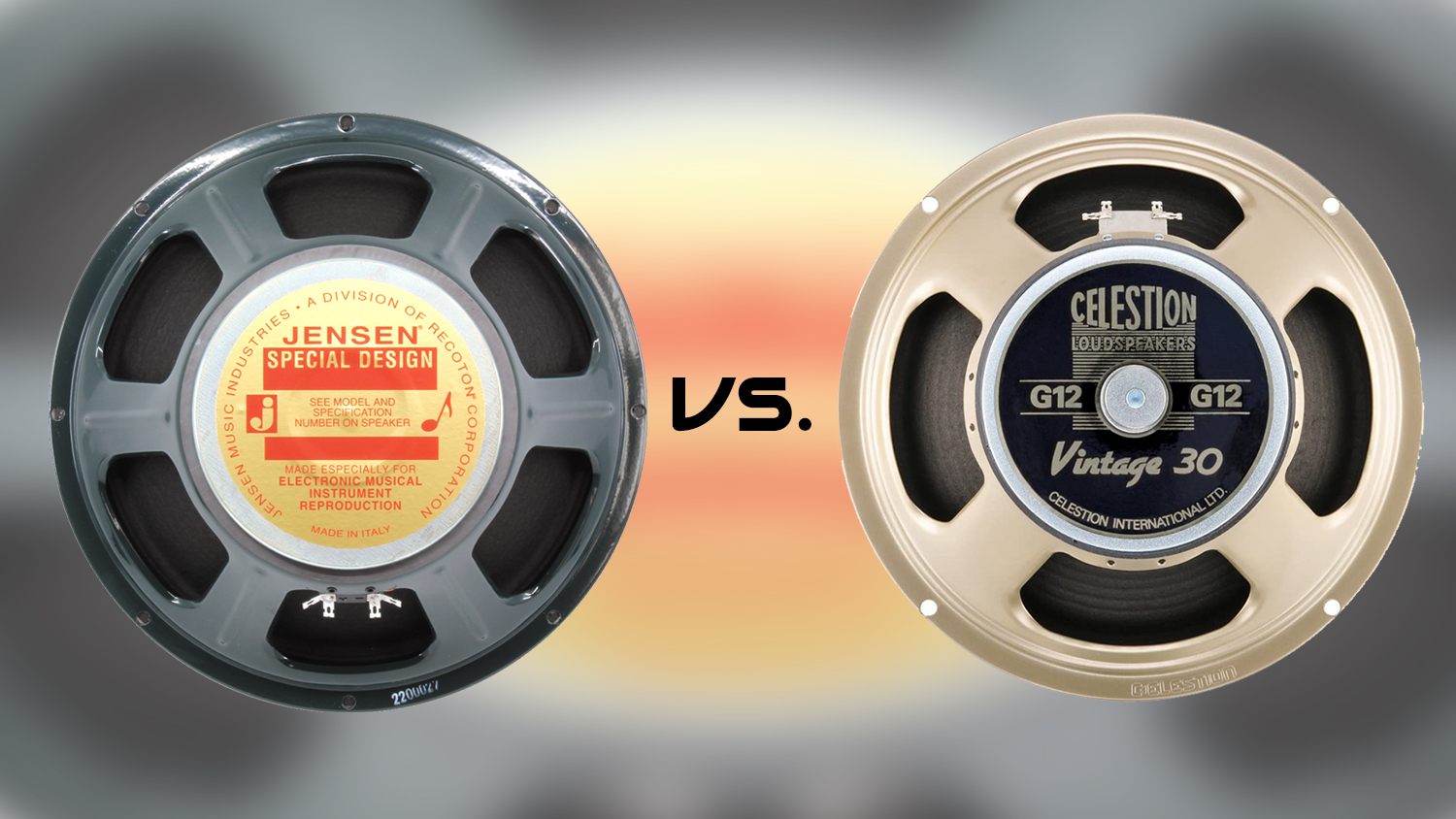 There are generally two types of speaker designs – American and British. Within those two categories are two subdivisions for each, modern and vintage. To best understand the differences, let’s start with a little history.

At the beginning of the modern music era in the early 1950s, American amplifier manufacturers were making the best products around. Classic models by companies like Fender, Gibson, and Ampeg were known for their bright sounds that were beloved by rock, country, surf, and blues players. Their amplifiers were outfitted with American-made guitar speakers from companies like Jensen, Eminence, and JBL.

Jensen was the favored American manufacturer in the 1950s and 60s and are still popular today. Their alnico speaker designs were pretty much standardized in the classic American-made amplifiers of the era. When ceramic speaker designs became popular in the 60s, guitarists everywhere loved them for their chiming highs, slightly compressed but airy midrange, and thick low end.

But with the invasion of British music in the 60s came a desire for a different type of sound. Everyone was seeking more harmonically rich sounds like those provided by British amps from Vox, Marshall, and Hiwatt, who used British-made Celestion speakers in their designs. Celestions had a lower power rating which allowed them to break up more quickly, and in tandem with driving the amps themselves produced highly desirable overdriven tones.

Celestion was making a lot of noise in England creating speakers that had similarities to American designs, but with their own tonal signature. They were being paired with classic British amps from the likes of Vox and Marshall. 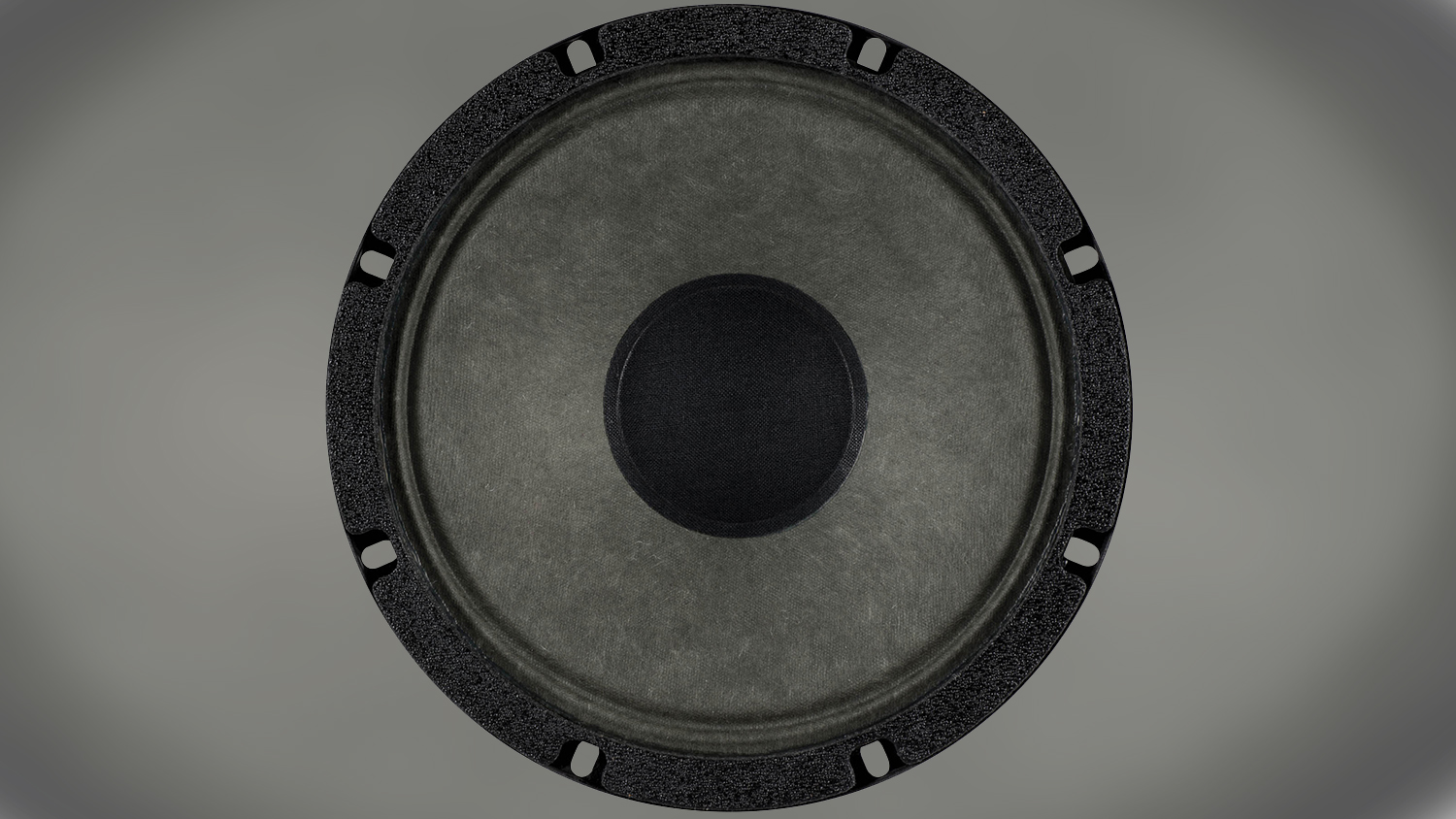 Size is a huge determining factor in how a speaker sounds. The 12” speakers found in many combo amps and cabinets are renowned for their ability to reproduce bass and low-mid frequencies accurately. 10” speakers are beloved for the way they punch and shine in the midrange.

Bass players generally go with a speaker size that suits their technique. If they need thunderous low end 12”, 15” or even 18” speakers are usually preferable. If they are looking for more midrange then a 10” might be a better choice. Bass rigs can also include a subwoofer to best reproduce the lowest end of the frequency spectrum of the instrument.

Smaller combo and practice amps generally use 10” or 8” speakers, but the really small ones can come with a 6” or even less than that. Smaller speakers don’t have the weight in the low end but can still produce great midrange.

This essentially equates to at what volume level the speaker starts to break up. Lower wattage means a breakup at lower volumes, which can be ideal for a studio or small venue environment. A higher wattage rating might be preferable if you’re going after a really clean sound. Speaker wattage is determined by the weight of the magnet as well as the diameter of the voice coil.

There are three main types of magnets used in guitar speakers – alnico, ceramic, and neodymium.  Alnico was used in the original types of speakers but was phased out due to its scarcity and cost. The tones it produces are expressive and have a harmonic sweetness that many players love, and there are vintage speaker models available that still use it today. Ceramic magnets came into popularity when alnico was no longer feasible. They provide more versatility and a wider spectrum of tones. They can also take higher power and volume levels. Neodymium magnets are the newest type. They are a bit more costly than ceramic but have great articulation and frequency response not unlike alnicos.

A large portion of guitar speaker tonality comes from the cone. The sound moving throughout the cone is what creates the coloration, character, and overall tonal output. The cone is attached to the voice coil, surrounded by a magnet (alnico, ceramic, or neodymium). As current passes through said coil, the magnet either repels or moves toward the magnet, influencing the cone to move back and forth. Finally, as the cone moves back and forth it creates the sound.

Which Speaker is Right for You?

With all of these things considered, how do you know which speaker is right for your specific setup? You have to take into account the sound you’re looking for, and what type of cabinet you have. Your amplifier will also dictate what your options are, but with so many models available today it shouldn’t be difficult to find the perfect speaker to meet your exact needs.

If you’re looking to shop around for new speakers, check out some of the best of what these manufacturers have to offer: 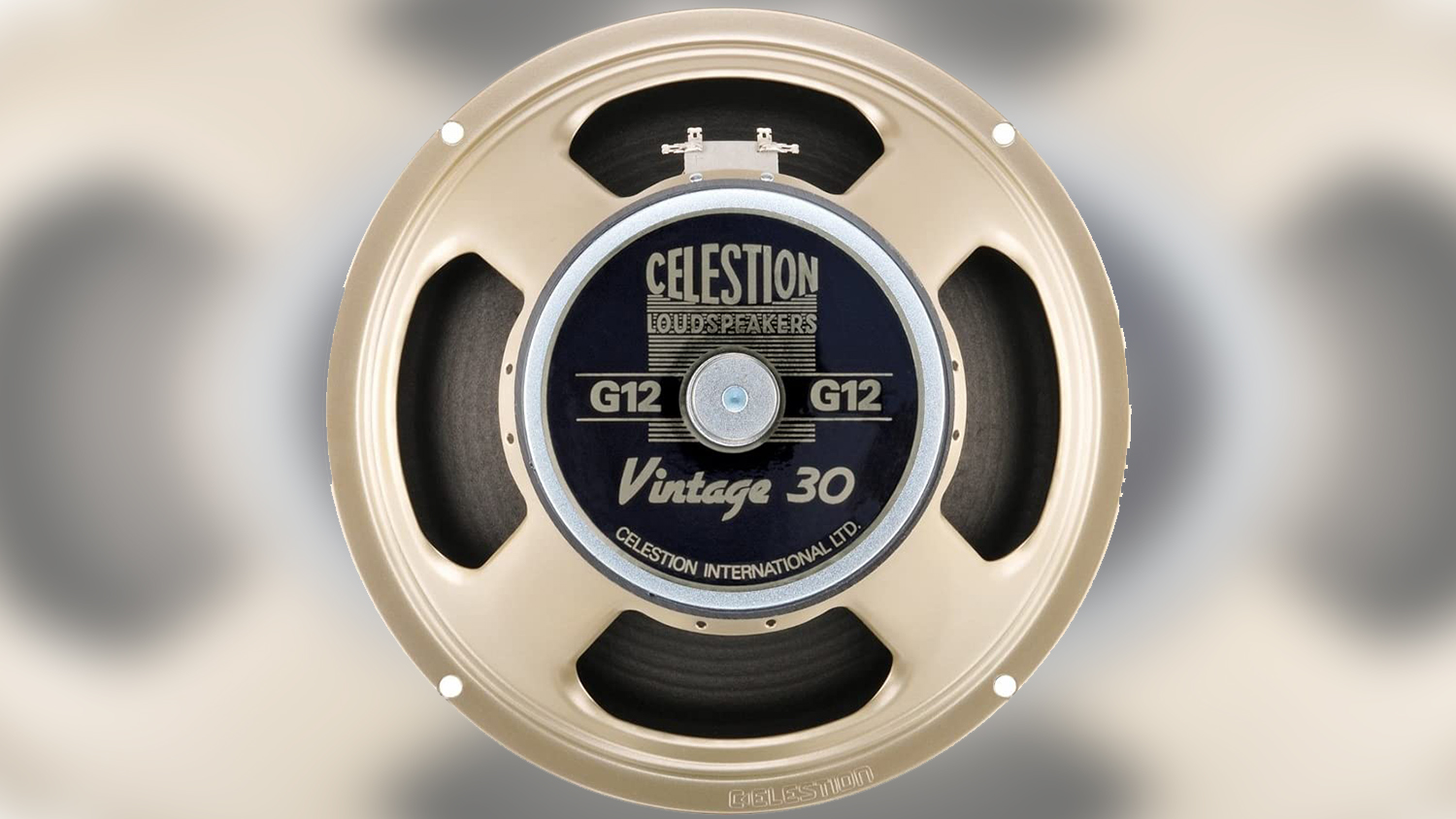 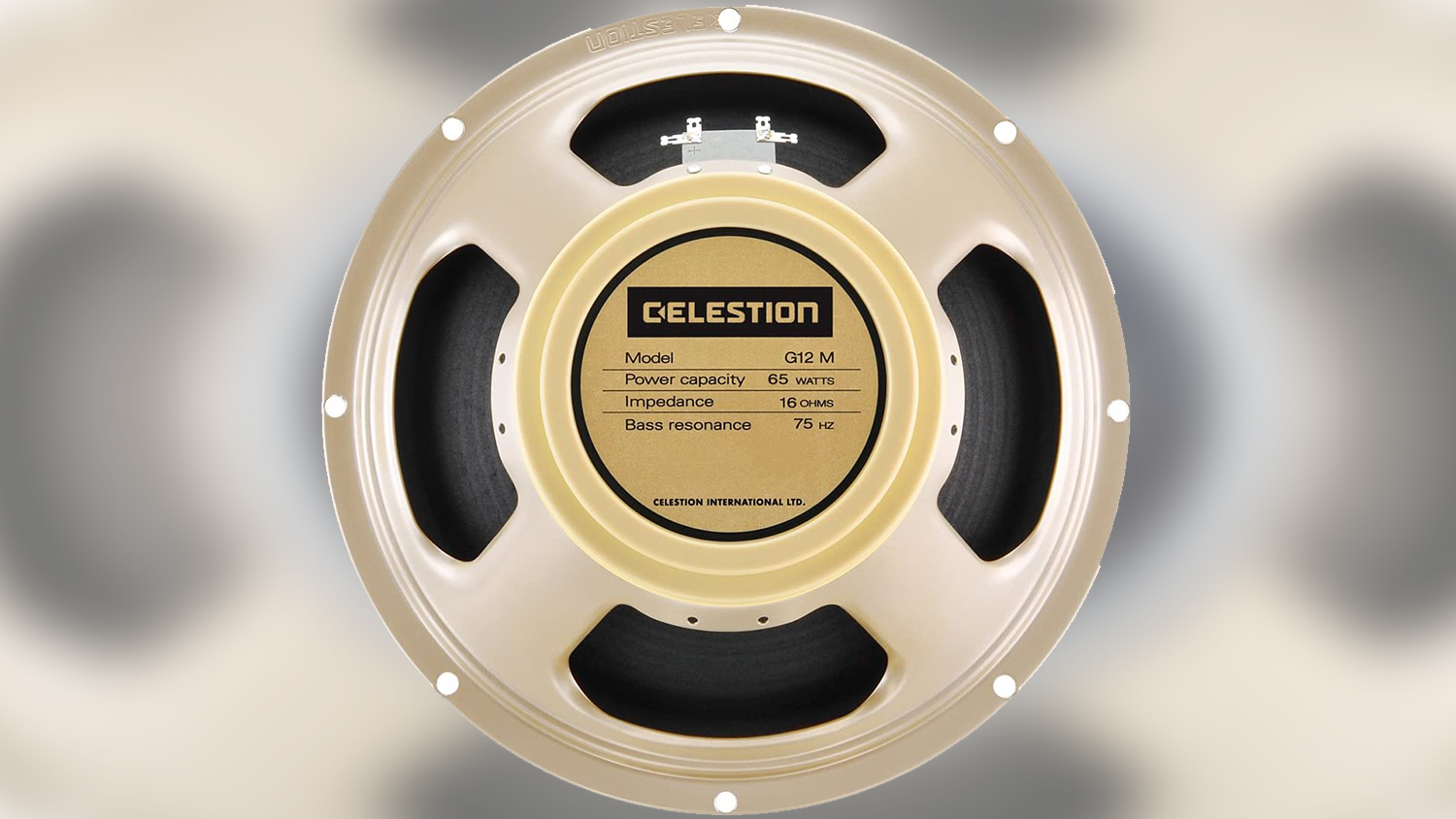 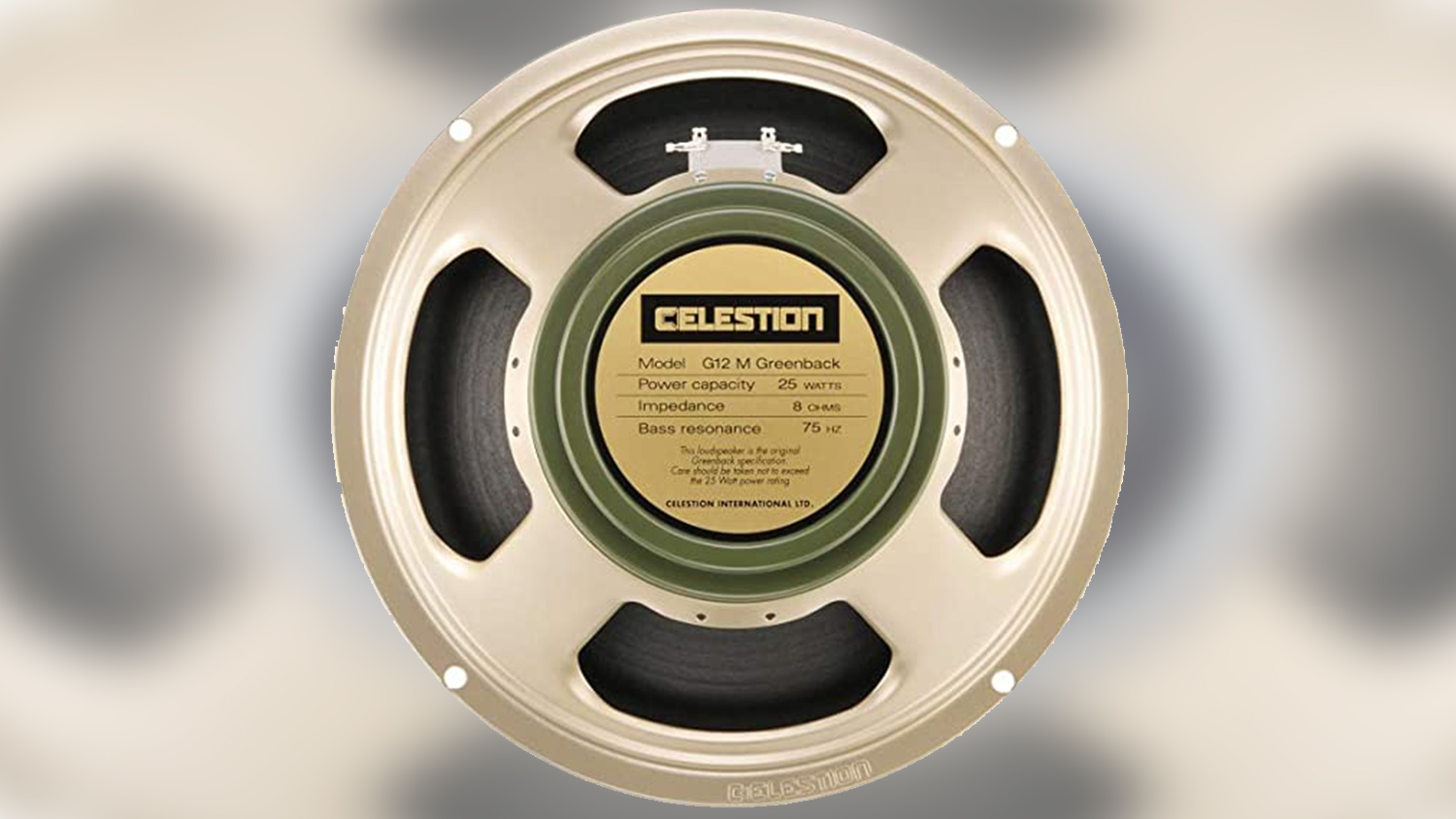 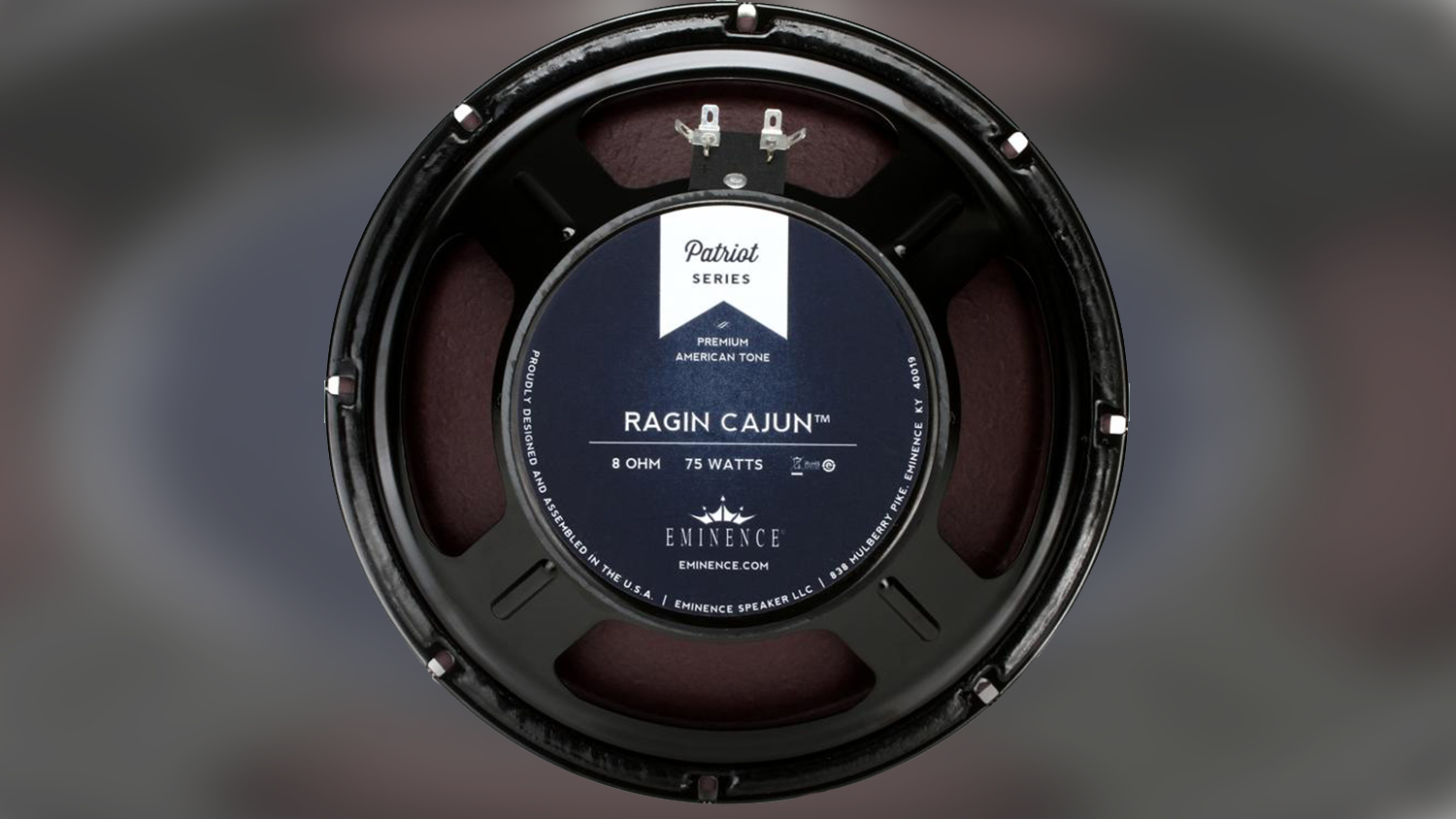 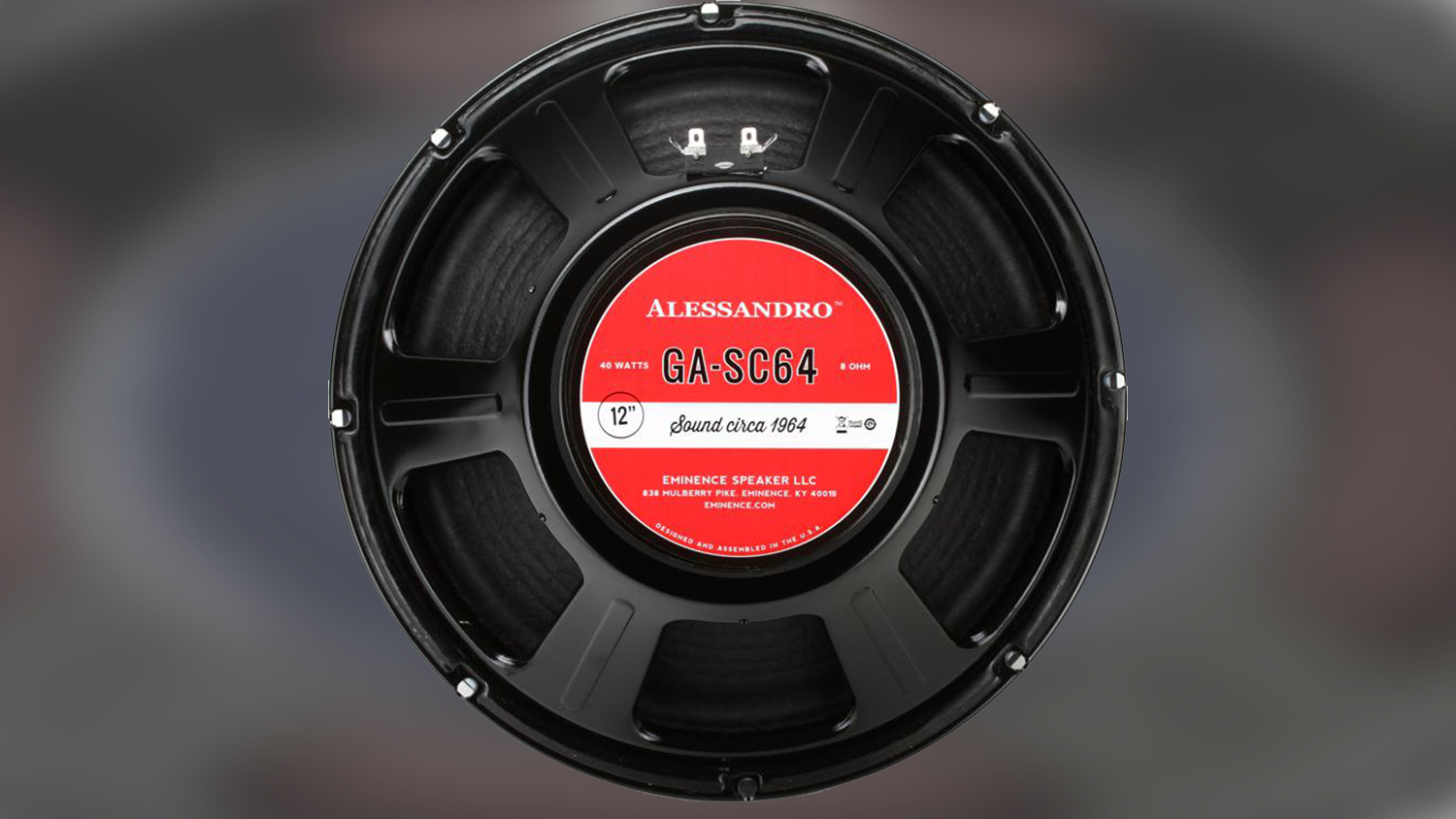 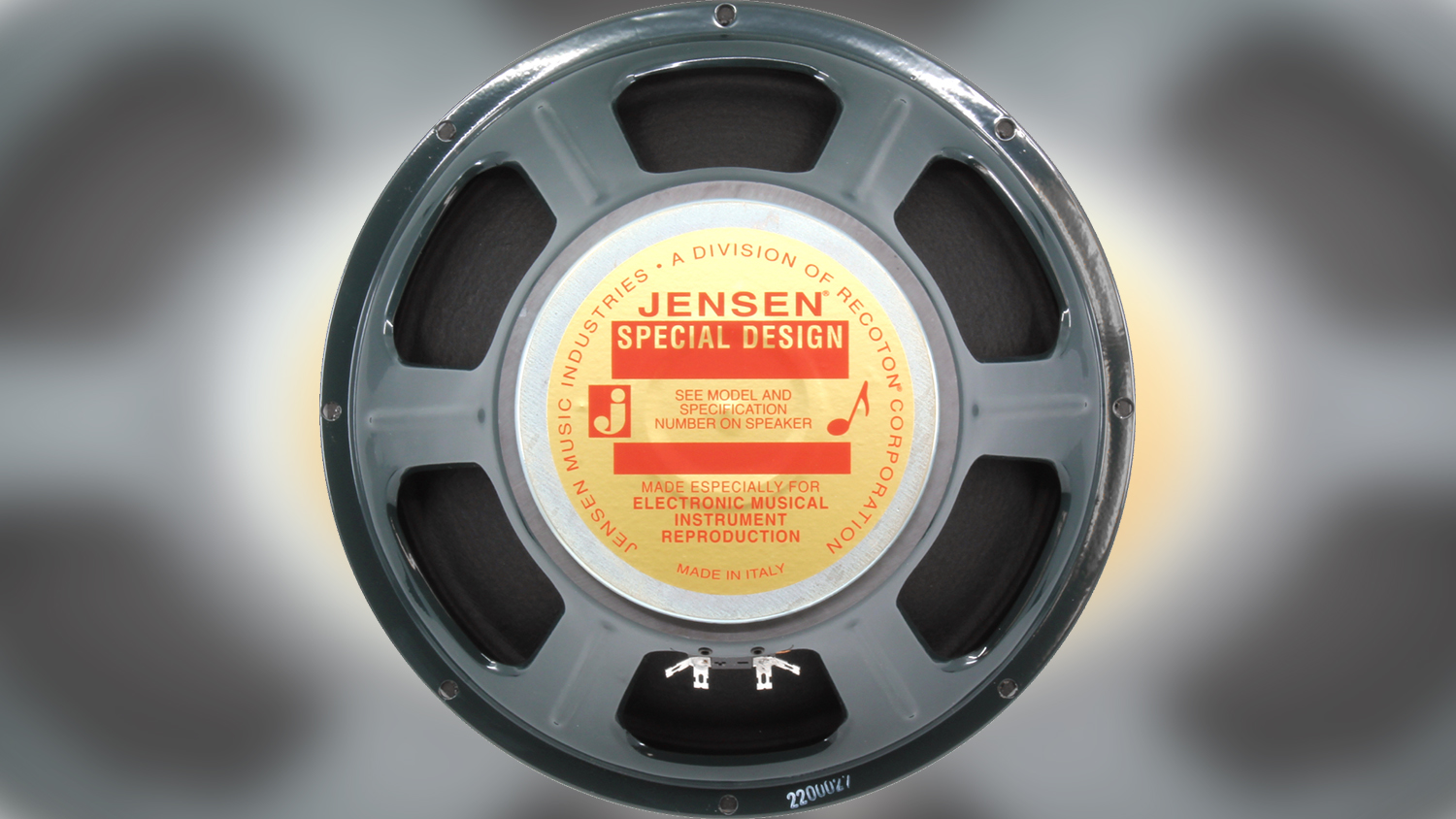 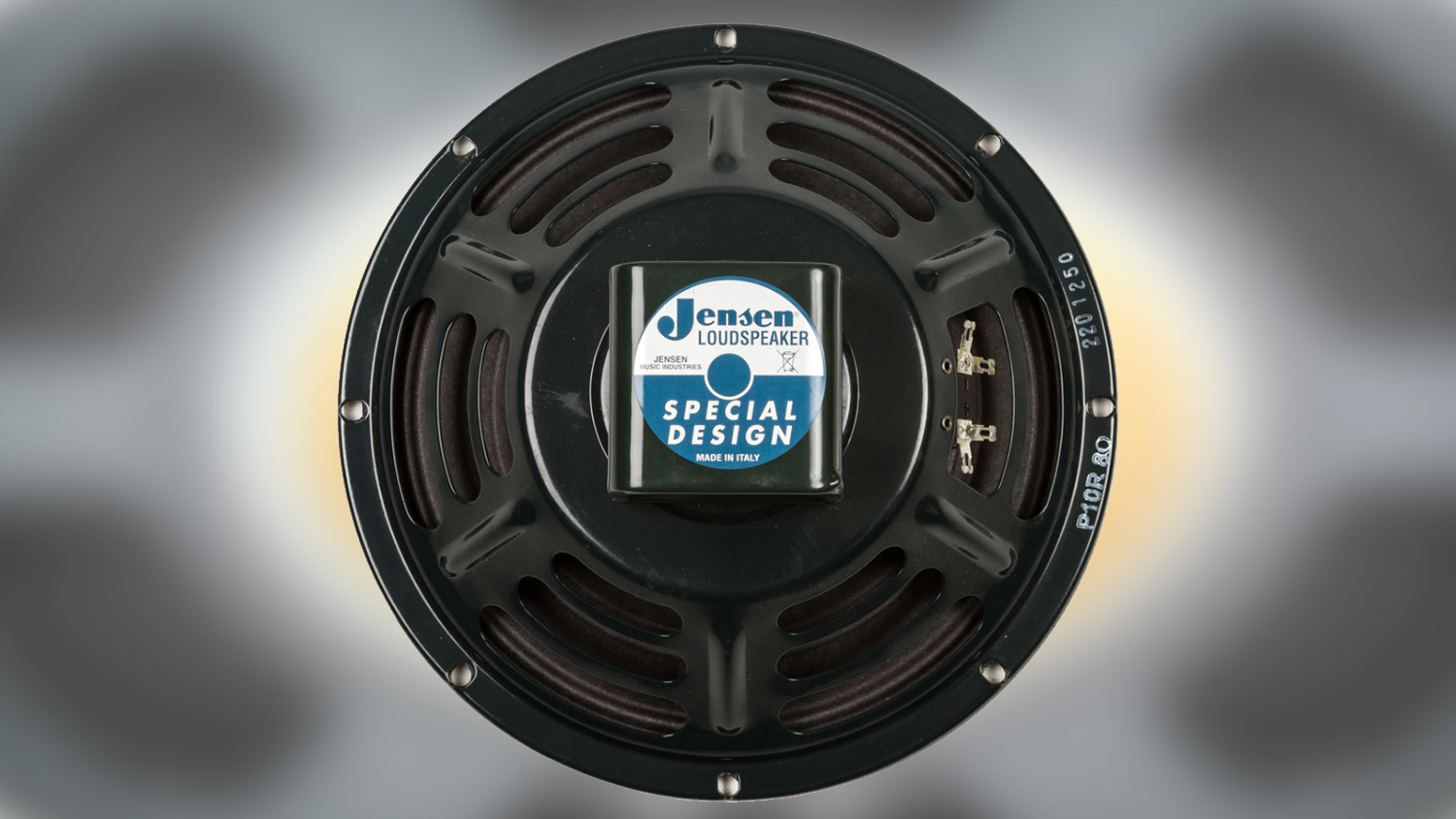 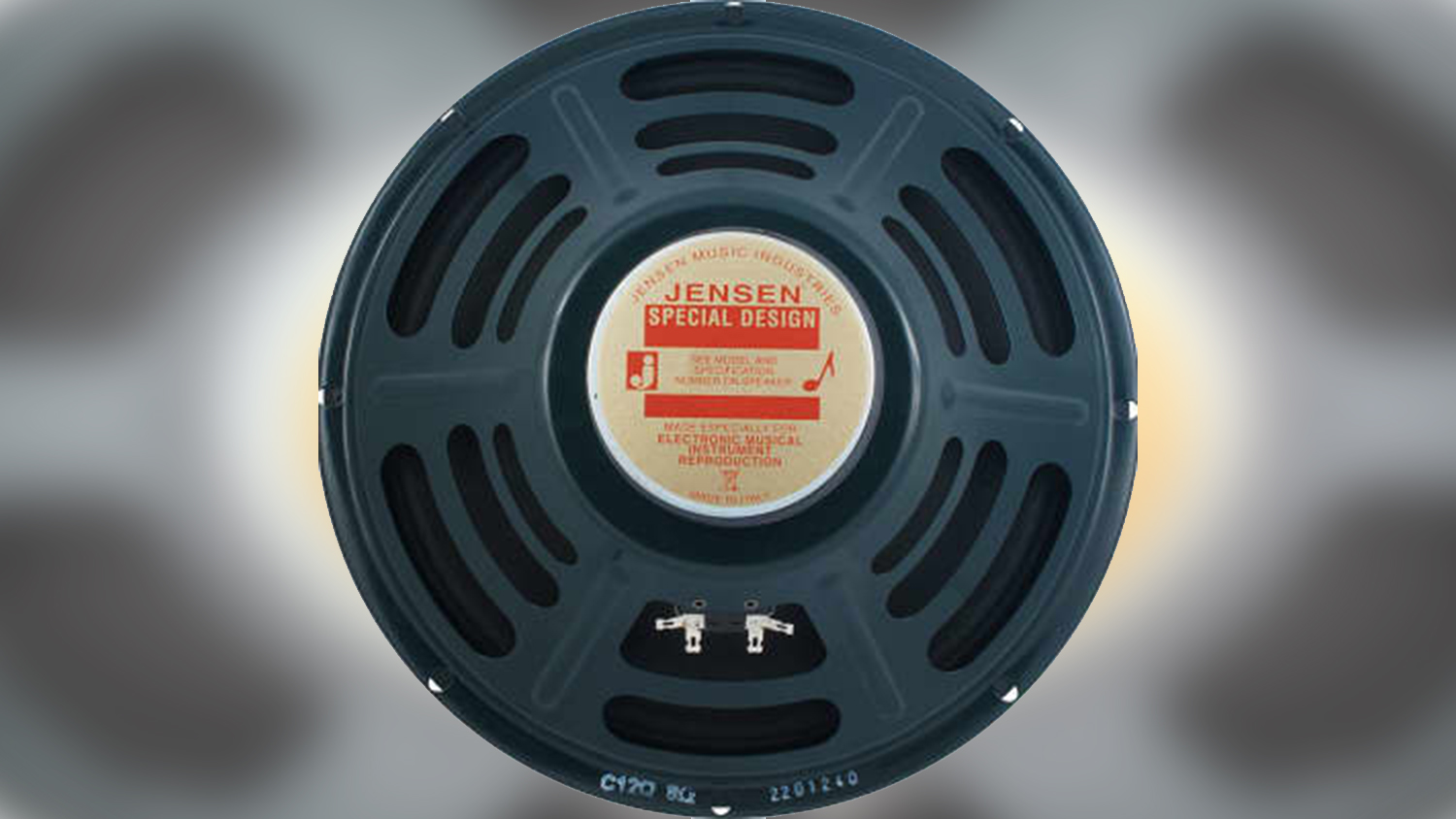 Slash’s Guitar Rig: The Gear of a Guitar Hero