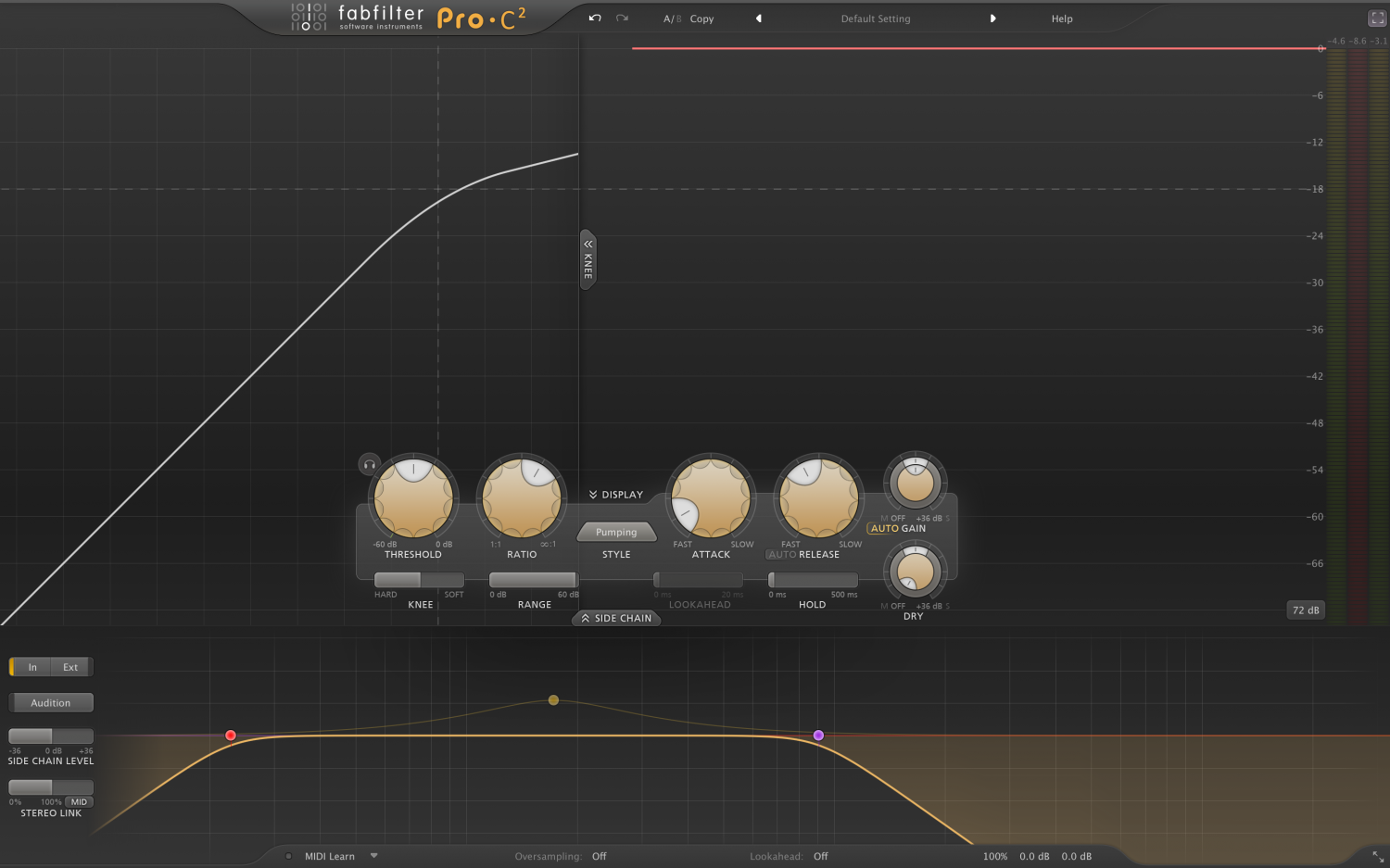 FabFilter is at it again. The company has released the next plugin in its lineup, called the Pro-C 2. The compressor is, as the name suggests, is a follow-up to the original Pro-C.

FabFilter itself is becoming extremely well-loved in the audio production world, releasing plugins that are in-depth, easy to use, and sound great. But does the Pro-C 2 live up to the FabFilter name?

While sound is obviously the most important thing when it comes to production equipment and software, the usability of a plugin is also very important. FabFilter has built a reputation for plugins that not only sound great, but that also look great The Pro-C 2 is no exception. The interface is absolutely stunning. The central area of the plugin window shows waveform analysis, allowing users to see the volume of the audio coming in to the compressor as well as just how much the plugin in compressing, represented by a dipping red line along the top of the plugin.

From the side of the plugin, users can pull a visualization of the knee of the compressor. Along the bottom can be found controls for the compressor, including large knobs for the threshold, ratio, attack and release, as well as a number of other controls for things like knee, range, and hold.

From the button of the window, users can pull up controls for a sidechain, which includes a 3-band EQ and other controls that would be expected from a sidechain.

What sets FabFilter plugins apart from others is not just the sound, but the little controls in the plugin. These really allow users to take control of the sound of the plugin. For example, in Pro-C 2, there is a small headphone button, that essentially allows users to hear what parts of their audio is being compressed and by how much.

It’s important to note that users really should know what they’re doing in order to best use the Pro-C 2. While beginners could potentially get a decent sound through using the compressor, the plugin is aimed at offering users the most versatile plugin available.

Of Course, none of this would mean very much if the plugin didn’t sound very good. Thankfully, however, it does. The controls on the Pro-C 2 are versatile enough to really apply to anything, including being used on a master buss if that’s what the user wants.

While I would encourage users to incorporate different sounds and flavors into their mix, I also wouldn’t be surprised if someone used uniquely the Pro-C 2 as a compression plugin. Over the course of reviewing the plugin it has fast become a go-to for me.

FabFilter has once again hit a home run. The FabFilter Pro-C 2 is an extremely versatile plugin that offers a range of great sounds and maximum control over the user’s compression sound.