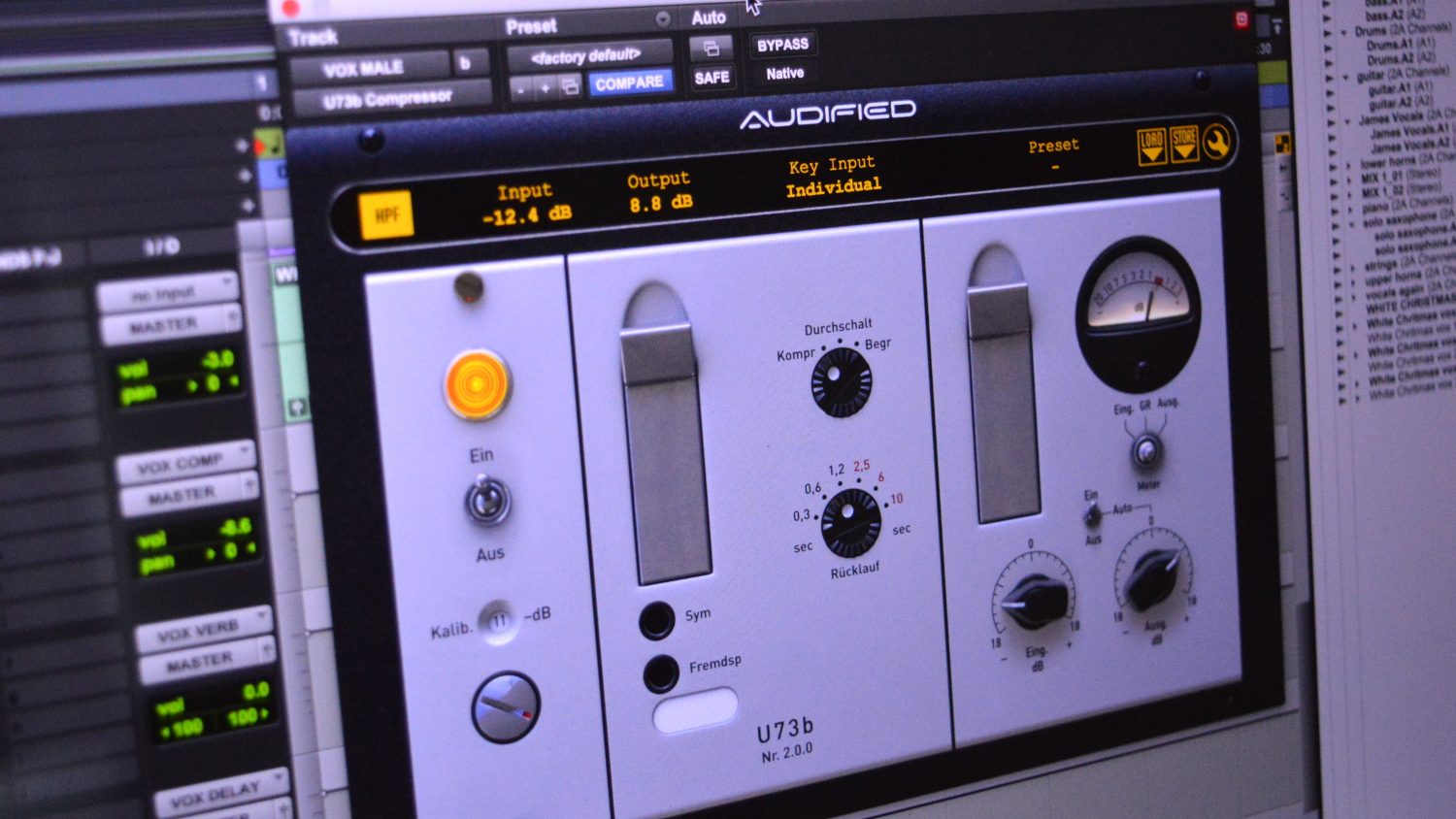 The new Audified U73b plugin not only looks great, but it sounds great too. The compressor may not sound its best when it's pushed, but as a plugin you can use when you want a more mild effect, it's a very effective compressor.

The Telefunken U73b may not be as well known of a compressor as the likes of the Fairchild 660, but that doesn’t mean it’s any less of a versatile and incredibly-sounding compressor. In fact, it’s a pretty amazing one, and one that Audified is out to emulate so that we can take the classic sound of the U73b on the road with us without having to lug around a full rack-mounted compressor. Introducing the Audified U73b V2.

That’s right, this is the second version of Audified’s emulation of the classic compressor. You may remember that we actually reviewed the first one last year when it was first introduced. In the end we found it to be a pretty nice piece of software. So has anything changed? We put the new version to the test to find out.

The first thing you’ll notice about the compressor is its user interface. If you used the first version of the compressor, you’ll find that the new version is far cleaner. While the Audified U73b V1 was nicely designed, it looked a little dated. Not so with the V2. 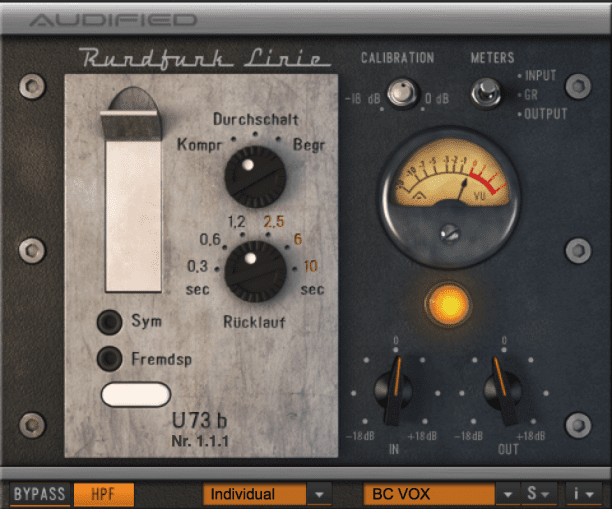 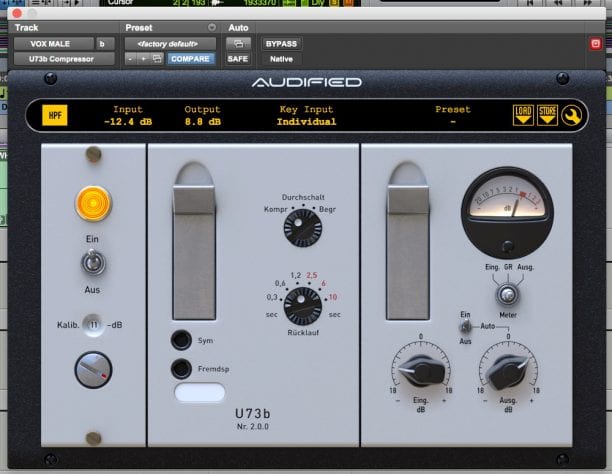 At the top of the plugin, you’ll find a high pass filter, which you can engage or disengage, as well as an option for saving and recalling presets, and a few settings.

The rest of the new plugin is divided into three main sections — the first of which you can tweak the calibration and whether the compressor is active or in bypass. The second section lets you choose the mode, and the compression speed, while the third section gives you the other main compressor controls you would expect — input level, output, and meter controls. One cool feature about the compressor’s interface is that you can set it to automatically tweak output level when you tweak input level — meaning that when you change how much compression you want, the compressor will still send out the same overall volume. Not groundbreaking by any means, but it’s a cool feature that makes life a little easier.

The main grippe we had with the interface on the Audified U73b V1 is that it was all in German, and that’s changed in the new version, which is a very nice addition. While some will want to keep the compressor in its native German, heading to the settings menu allows you to change to English, which is perfect for those not used to compressors and how they work, or who just want to quicken their workflow a little and cut out having to play around with the compressor to get used to its controls.

The settings menu also reveals a new oversampling setting, however you’ll want to keep in mind that using that settings is pretty taxing on your processing power, so you may want to keep it off most of the time. It’s off by default.

None of this really matters if the plugin doesn’t sound good. Thankfully, it does.

It’s important to note that the U73b was originally designed as a bus compressor, but it sounds pretty slick on individual tracks too. As a bus compressor, the Audified U73b is a little invisible, but that’s exactly what you’ll want out of a compressor of this nature. In other words, you may not get that pumping sound you would get from other compressors unless you really push it.

The compressor sounded excellent on vocals, as well as on things like a drum bus or even a master bus. It added some serious sheen to a vocal track, while keeping that track dynamic, so if you’re mixing a more natural sounding song, this might be an excellent choice for you.

This isn’t necessarily a compressor that you’ll want to push too hard. As you get into the serious compression it begins to sound choppy rather than distorted. Your results will vary depending on the track you’re compressing and your compression speed, but this is far more useful as a transparent compressor rather than a full-on pumper.

As mentioned, there’s a high pass filter at the top of the plugin interface, and while quite mild at 6dB per octave at 100Hz, it’s a helpful feature, especially for tracks like a vocal where you may not want to change the sound too much.

The new Audified U73b plugin not only looks great, but it sounds great too. The compressor may not sound its best when it’s pushed, but as a plugin you can use when you want a more mild effect, it’s a very effective compressor.