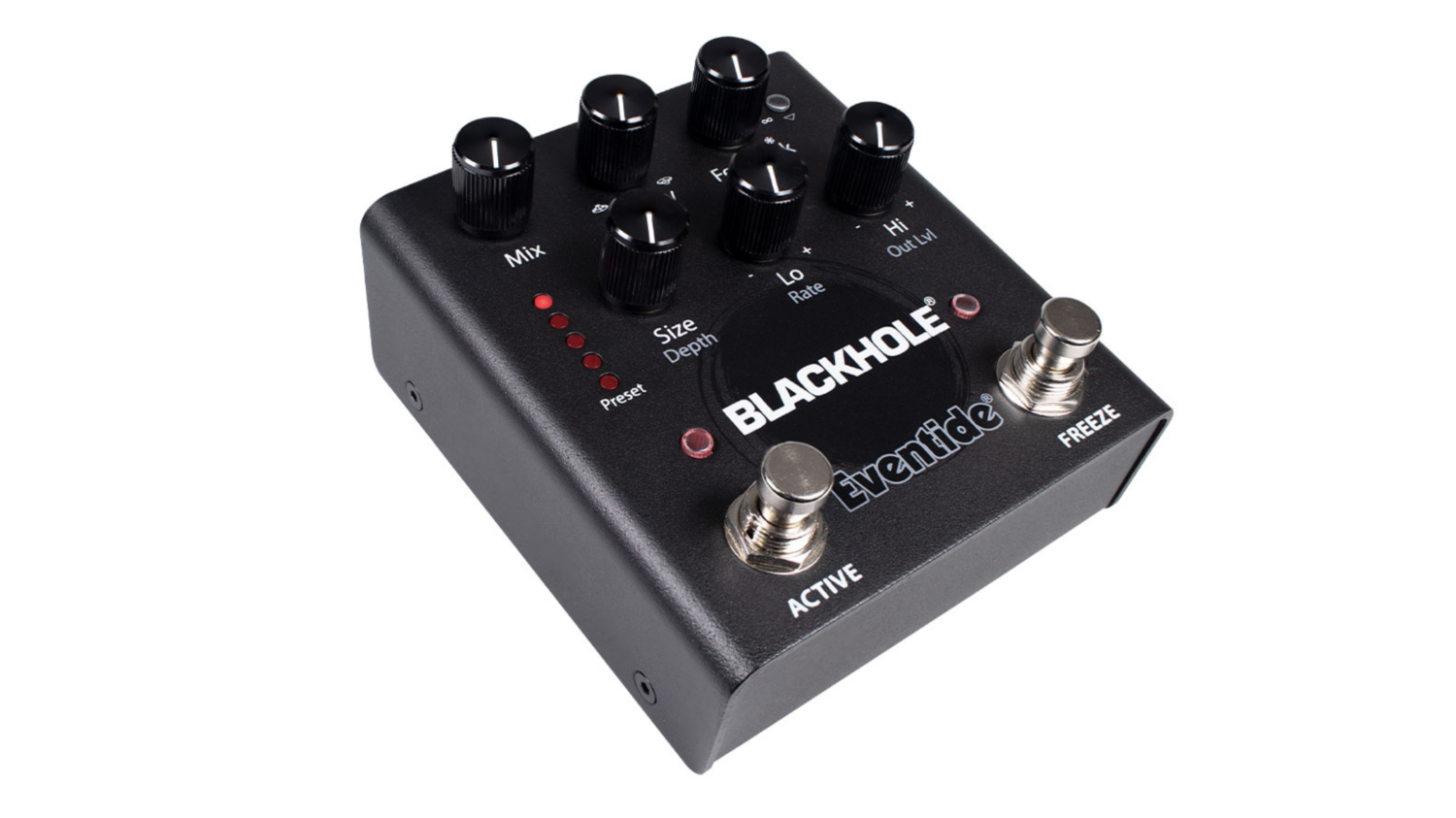 Lately, it seems to most as though time has been at a constant stand still. With the entertainment world on hold, it’s been hard for many to see an end to this pandemic, and a safe return of some gigs and events. With everyone cooped up inside these past six months, Eventide has just released a new stomp box that might help transport you into some newer, larger environments. Blackhole is a reimagined, expansive reverb pedal from Eventide, ensuring safe travels through time and space.

Eventide‘s Blackhole pedal certainly has no shortage of features to love. Unlike most traditional reverb pedals, Blackhole focuses its sounds on more ambient reverb types. This box does include most of the parameters one might find on other effect pedals — delay, depth, rate, etc. However, Blackhole’s true colors show when you step beyond the simple functions. Most of this unit’s knobs have a dual-function. For instance, one of these, ‘gravity,’ lets users choose between a normal, or inverse decay reverb tail. Of course, with a reverb box with a high unpredictability level such as this, one’s tone is sure to actively change in real time. Eventide foresaw this issue, and included a ‘freeze’ function, when, if tapped, will capture the tone as it stands and disallow it from bending itself any further.

As far as presets go, internally, Blackhole packs room on board for up to five presets. But of course, with the help of Eventide’s Device Manager (EDM) software, up to a whopping 127 presets can be stored using MIDI. On the back, users can plug instruments into the standard mono input jack, and use a switch below to decide between mono or stereo outputs. Another switch will tell Blackhole whether its input device is a passive or active instrument. These are labeled as ‘guitar’ and ‘line-level’. Stereo 1/4″ output jacks sit just beside the input, and another input for an expression pedal. Eventide has placed a USB-B port for connecting the Blackhole device to a computer, likely for installing software updates. And of course, a 9V power adapter port to the very right.

In conclusion, while one can certainly use Blackhole in the traditional sense, Eventide created it for so much more. Creativity and expression sit at the clear forefront of how this pedal is meant to function. For those interested in picking up Eventide’s Blackhole reverb pedal, you can do so using the link below. Otherwise for more information, be sure to check out its dedicated page on the Eventide website.