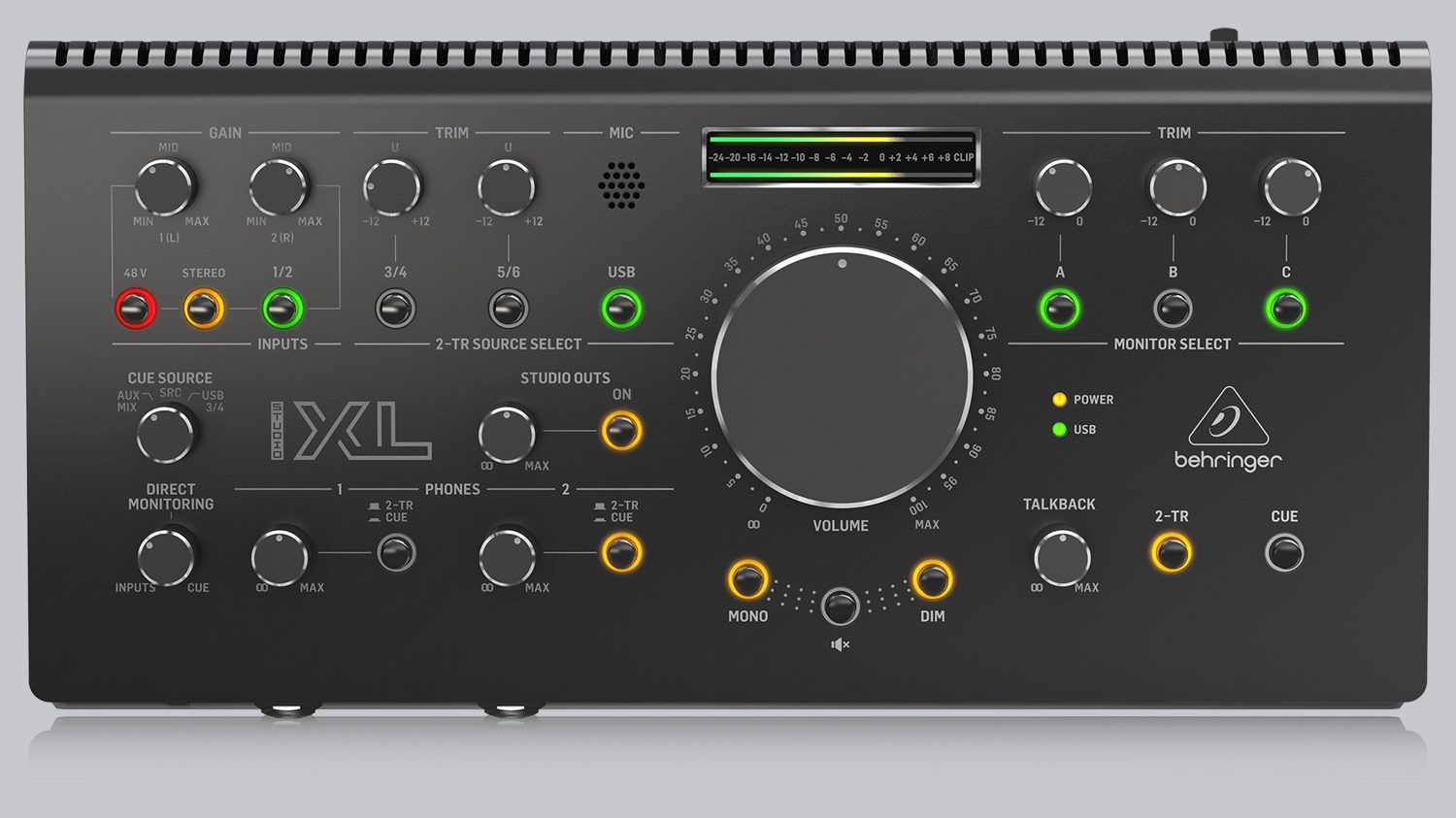 Over the past several months, Behringer has been on a roll with project announcements, mostly synth related. Now, the company introduced yet another project for 2021, yet this time it’s a new interface. The Behringer Studio XL is a desktop-style interface packed with features typically found across professional home-studios. With on-board talkback, cue control, and some high-quality Mackie preamps, this interface will surely offer plenty to love to many home recordists. Here’s the full Behringer Studio XL features rundown, and of course, how much it will cost.

First things first, one of the Behringer Studio XL’s key components is its dual input system, powered by Midas preamps. Phantom power can energize both pre’s simultaneously, also offering the availability of stereo linking both inputs for single-knob gain structuring. The box also has a built-in talkback microphone, with an option for an external mic, assignable to both the 2-track as well as its cue system. Borrowing inspiration from its competitor Mackie, (something Behringer has become quite known for), the Studio XL monitor volume is controlled by a large knob front and center of the interface. The knob is labeled incrementally from 0-100, possibly allowing more finite ability for some users to achieve ideal volume levels.

In addition to its combo XLR/instrument inputs, the Studio XL also offers two pairs of stereo instrument “source” inputs. Both of these pairs include trim knobs across the top of the interface, with an additional attenuation at the back. Output wise, this new Behringer unit provides a basic 2-track output, a headphone/cue out, as well as three additional monitor outputs provided on board. Falling in line with other desktop-style interfaces, users can dim, mute, or merge the main monitor signal into mono.

With everything this interface offers users, it easily competes with other desktop interfaces from the likes of Mackie and PreSonus. Best of all, Behringer’s new Studio XL interface and monitoring system comes in at around $249. While Behringer has not yet confirmed a release date of its latest product, we are sure one is coming soon. To learn more, or find a list of dealers, head over to Behringer’s website.

Behringer surprises everyone with the Behringer K-2, an MS-20 clone