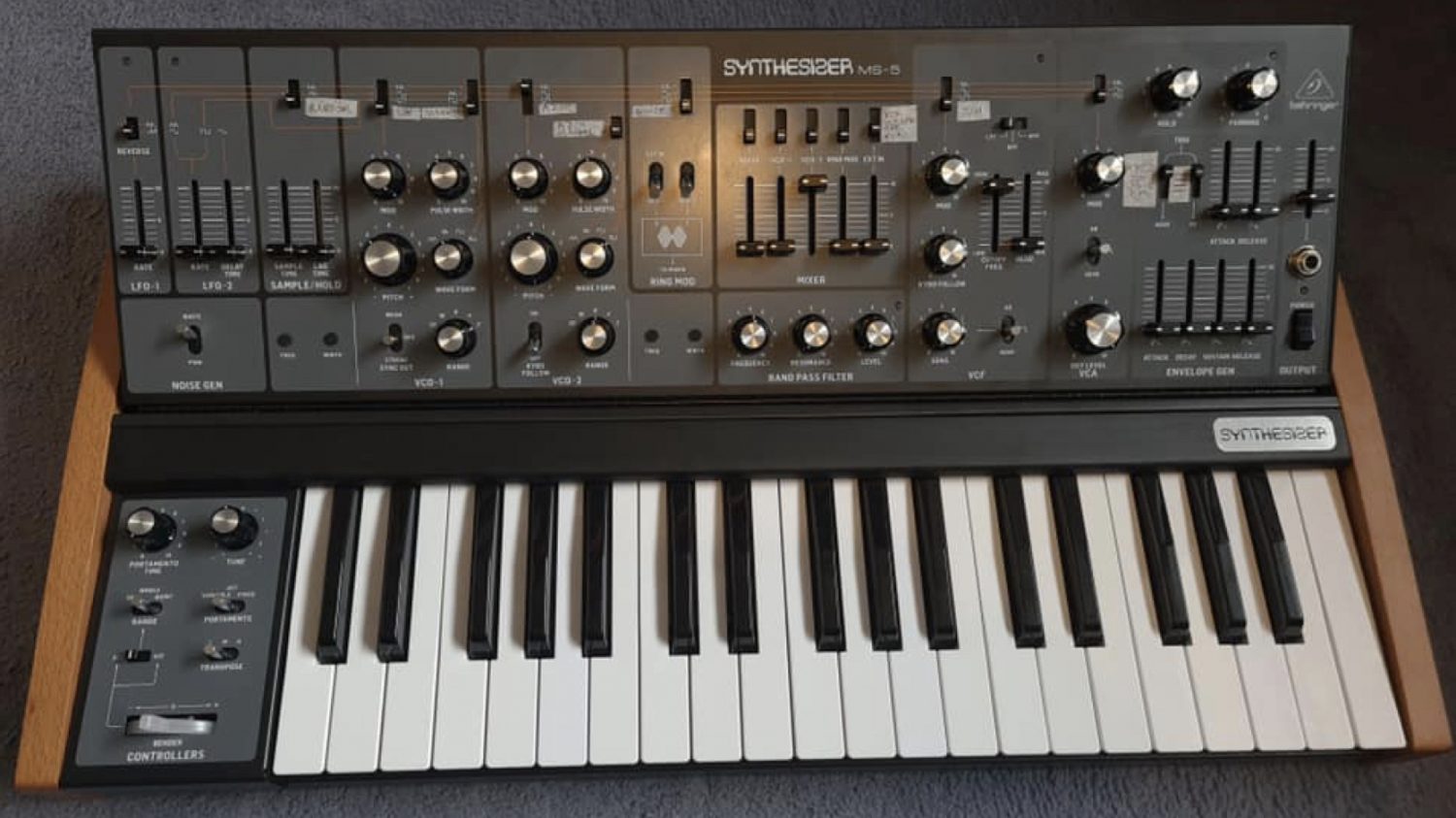 Of all the major companies releasing new instruments and products this summer, Behringer seemingly has no plans for stopping. The company just announced news and photographs of its latest MS-5 synth via Facebook. The project is still in its prototype phase, but Behringer seems to be confident enough to publicize its efforts. This specific unit comes as yet another vintage synth clone, this time drawing inspiration from the Roland SH-5. The MS-5 synth adds to an already strong list of product announcements from Behringer within the past 60 days or so. Here is all the info we know about this new synth clone so far, and what to expect moving forward.

In Behringer’s Facebook post teaser, it posted the above photo, adding “What would you think if we made an MS-5 synth?” as its caption. While at first this seemed more speculative in nature, there are many qualities that lead one to believe the unit is already in progress. Firstly, Behringer added its decided name, “MS-5,” rather than something like “Roland SH-5 clone” to the post. Additionally, the photos with Behringer’s logo added served more proof that this model is already in the initial prototyping stages.

From the photos, one can easily gather that, the MS-5 will visually be quite similar to its vintage inspirator. This is apparent even down to mimicking the knobs and vintage-style switches the SH-5 sported. Behringer already has a long history of mirroring designs as closely as possible. In fact, it has even recently done so when controversially cloning existing products, so that’s certainly no surprise. The MS-5 keybed will seemingnly consist of 37 keys, ranging from C to C, also falling in line with Roland’s SH-5.

As of now, we don’t have any other news to share about Behringer’s MS-5 plans. But just knowing it is on the horizon, and apparently even being prototyped is enough to make many synth fans smile. Until more news around this drops, we’ll have to wait patiently. However, if its past 2 months of activity serve as precedent, Behringer may have even more excitement on the way.