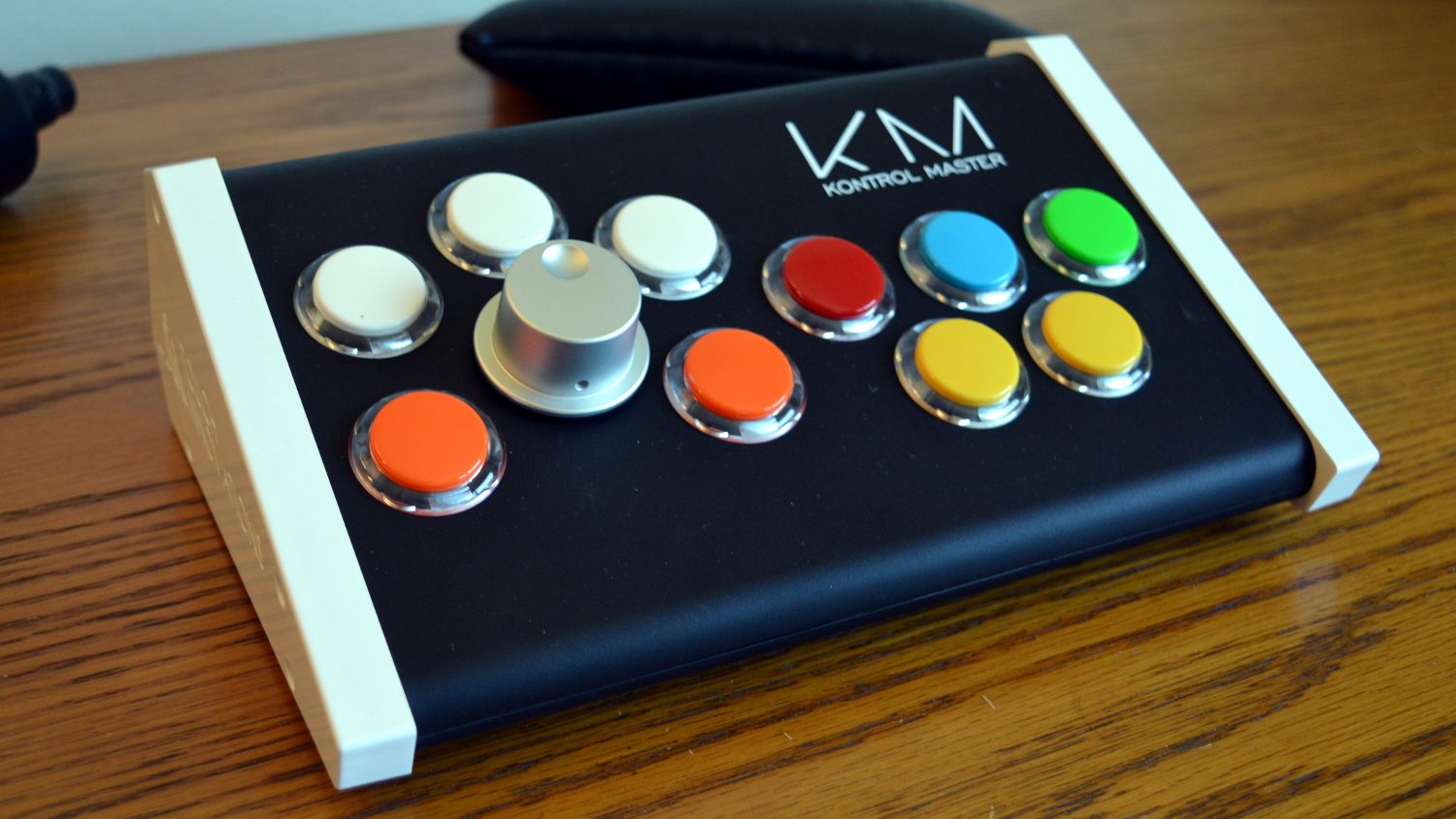 As we head into an increasingly in-the-box world, more and more companies are coming out with touch-based control surfaces for your DAW. The latest of these companies is Touch Innovations, which has launched the Touch Innovations Kontrol Master — a simple, nice-looking device aimed at helping you control your DAW no matter what DAW you use.

But does it live up to that claim? Do you really need it? Sometimes it’s nice to get a new toy, but if it won’t actually save you any time, it may not be worth buying. We put it to the test to see how it performed in the studio.

The first thing you’ll notice about the Touch Innovations Kontrol Master is its design, and it doesn’t look bad. It features a host of colorful buttons placed around the front of the surface, along with a silver knob on the left hand side. Placed on a desk among dark-colored and classy-looking audio equipment, it’ll immediately draw attention thanks to the colors used in the design process. 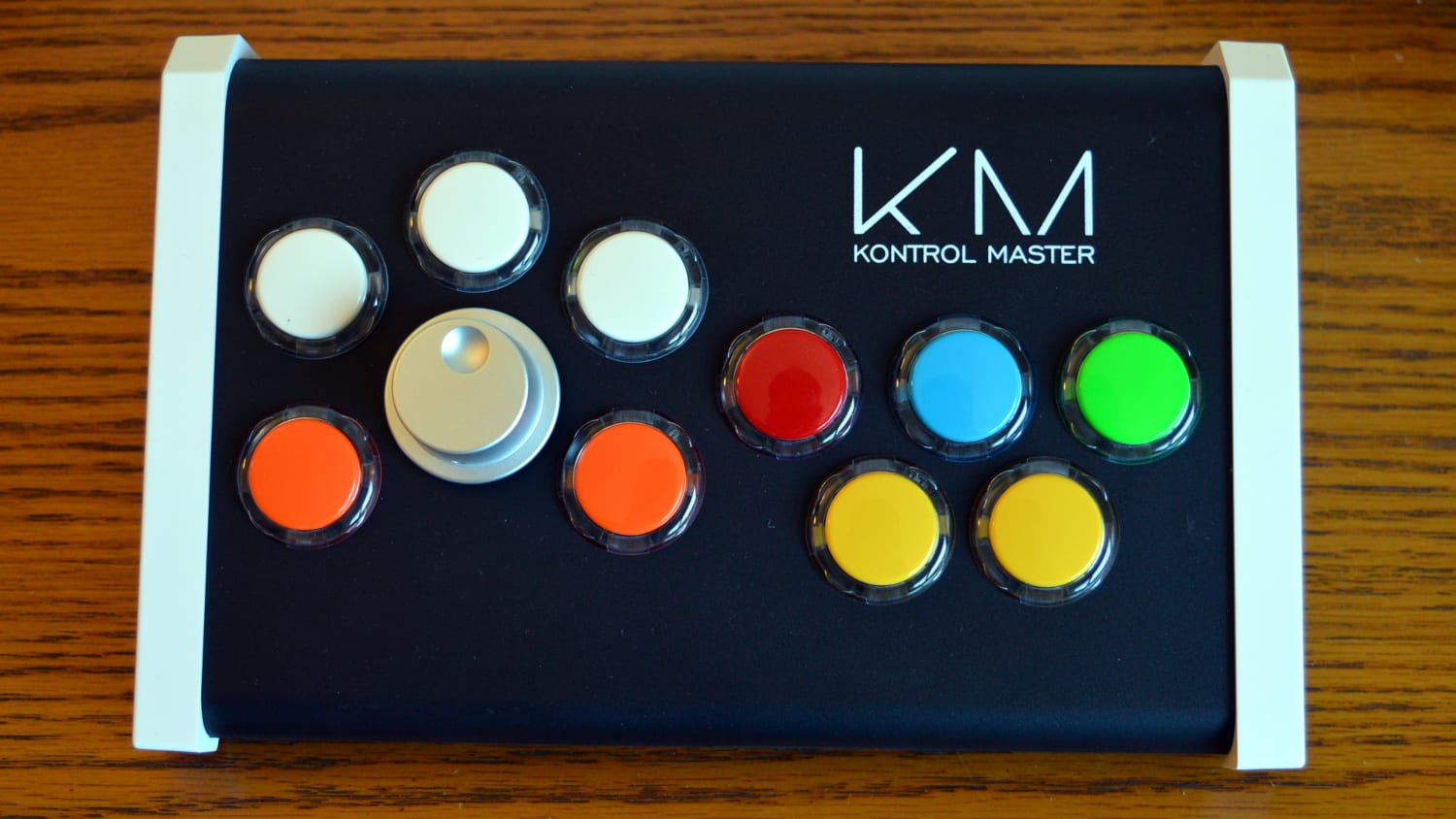 The device is largely built out of plastic, which isn’t necessarily a bad thing, but seems to give the Kontrol Master a somewhat cheaply-built feel. That’s not necessarily a problem for the buttons themselves, but the silver knob feels like it could be broken pretty easily, and it all leads to a very light device. Not only that, but on our review unit we found that one of the feet was missing — so the device ended up angled on our desk like a chair with one short leg. That wasn’t great news for our initial impressions.

On the back of the Touch Innovations Kontrol Master, you’ll find a single USB port — no other ports to be found. Of course, you really only need a USB port. This is a basic control surface, not an audio interface. 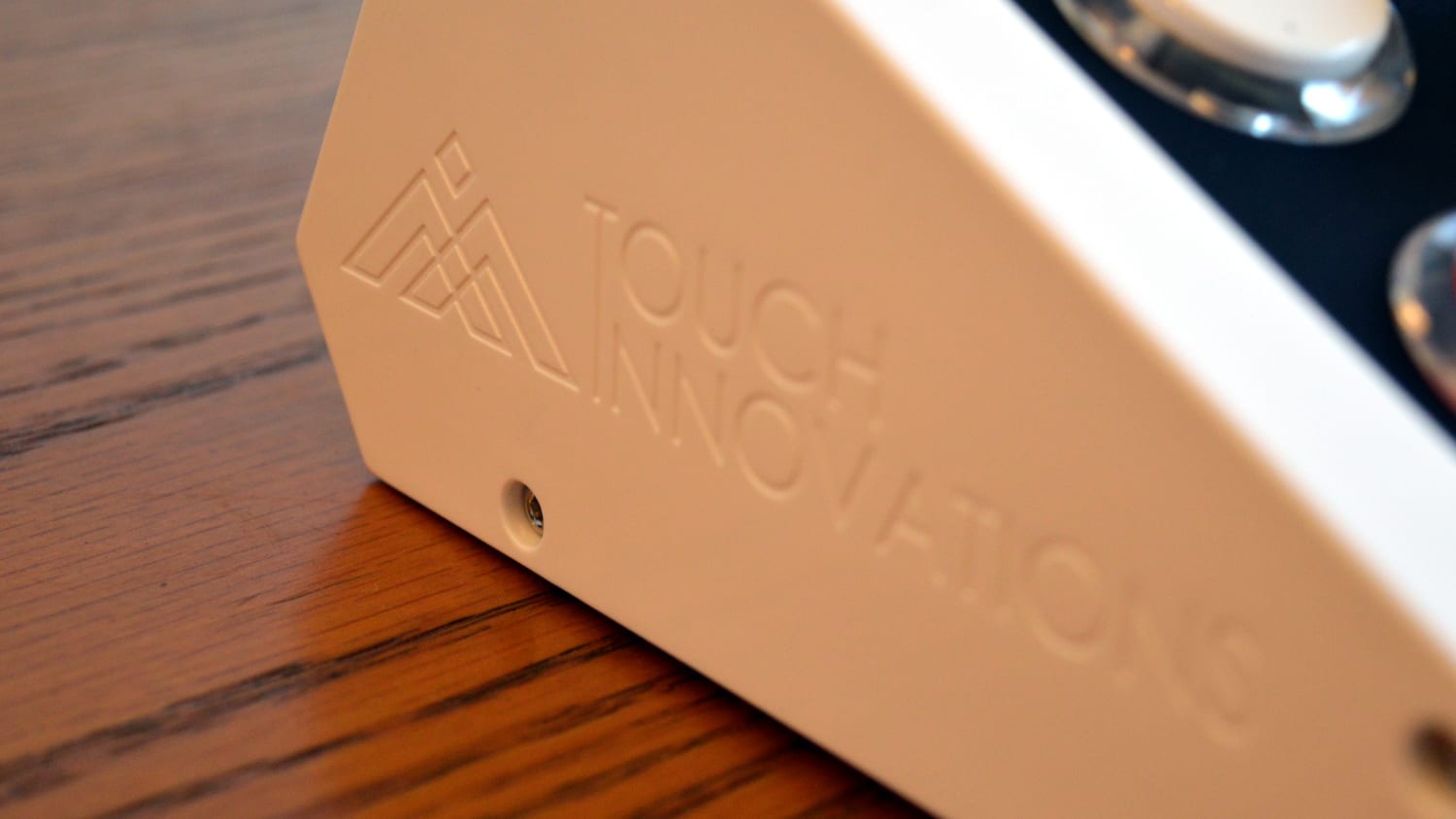 In general, the Touch Innovations Kontrol Master looks good, and while its full-plastic build does make it feel a little cheap, ultimately its functionality is much more important. And, of course, when it’s sitting on your desk it’s not really at much risk of breaking.

This is going to be a relatively short section, but that’s a good thing. Setting up the Touch Innovations Kontrol Master is a total breeze — simply follow the instructions in the box by downloading the software, plug in the device, and select the DAW that you’re using. Then, you can open up your DAW and it should be good to go. Using the Touch Innovations Kontrol Master software is extremely easy. 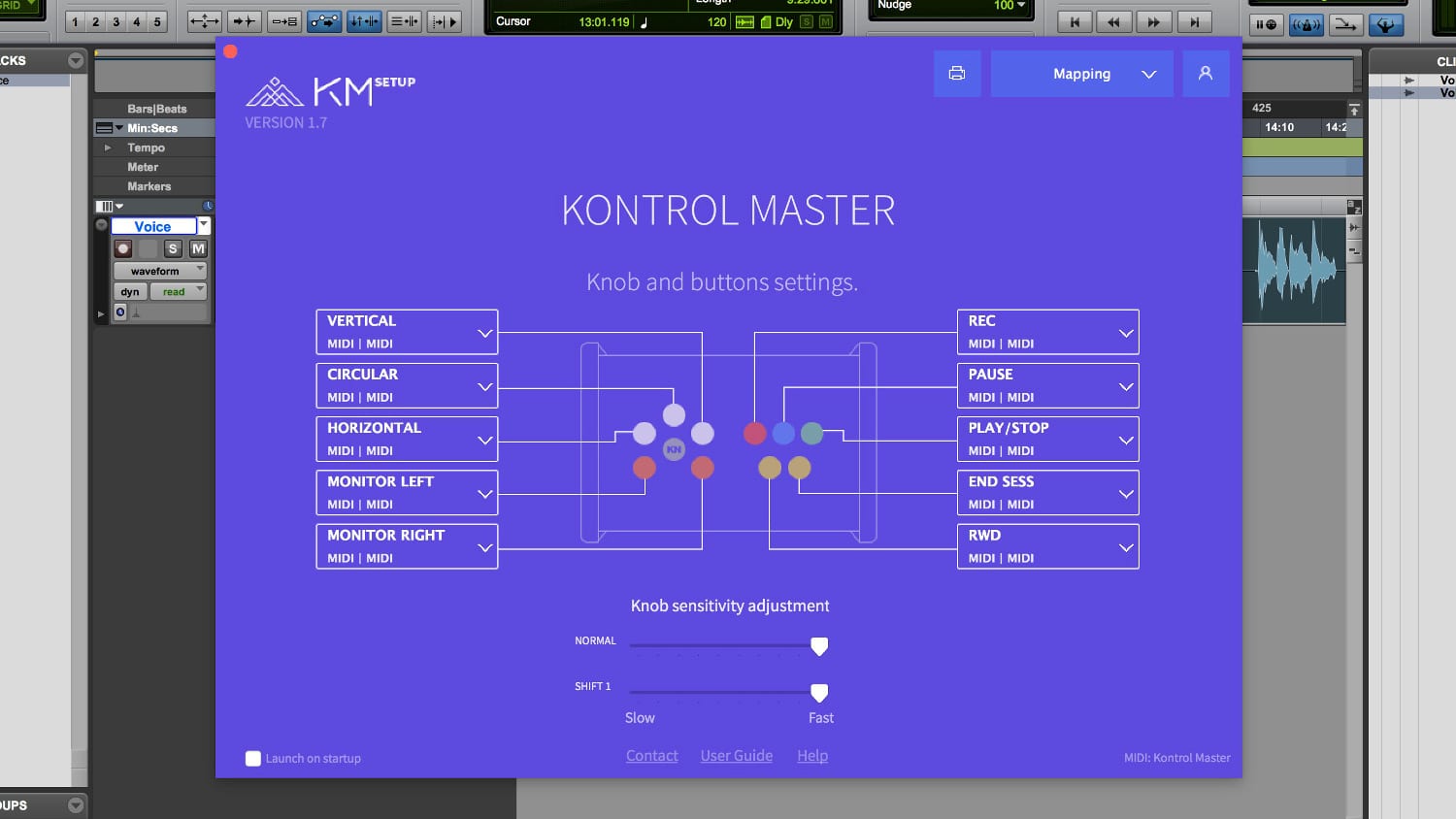 Once we set up the device, we simply opened up Pro Tools — our DAW of choice — and the Kontrol Master worked exactly as advertised.

As mentioned, setting up the Touch Innovations Kontrol Master was pretty easy, and using it in day-to-day life is just as easy. Perhaps the hardest thing about using the Kontrol Master is memorizing what the different buttons do, but once you’ve got a sense of things, it gets easier and easier. 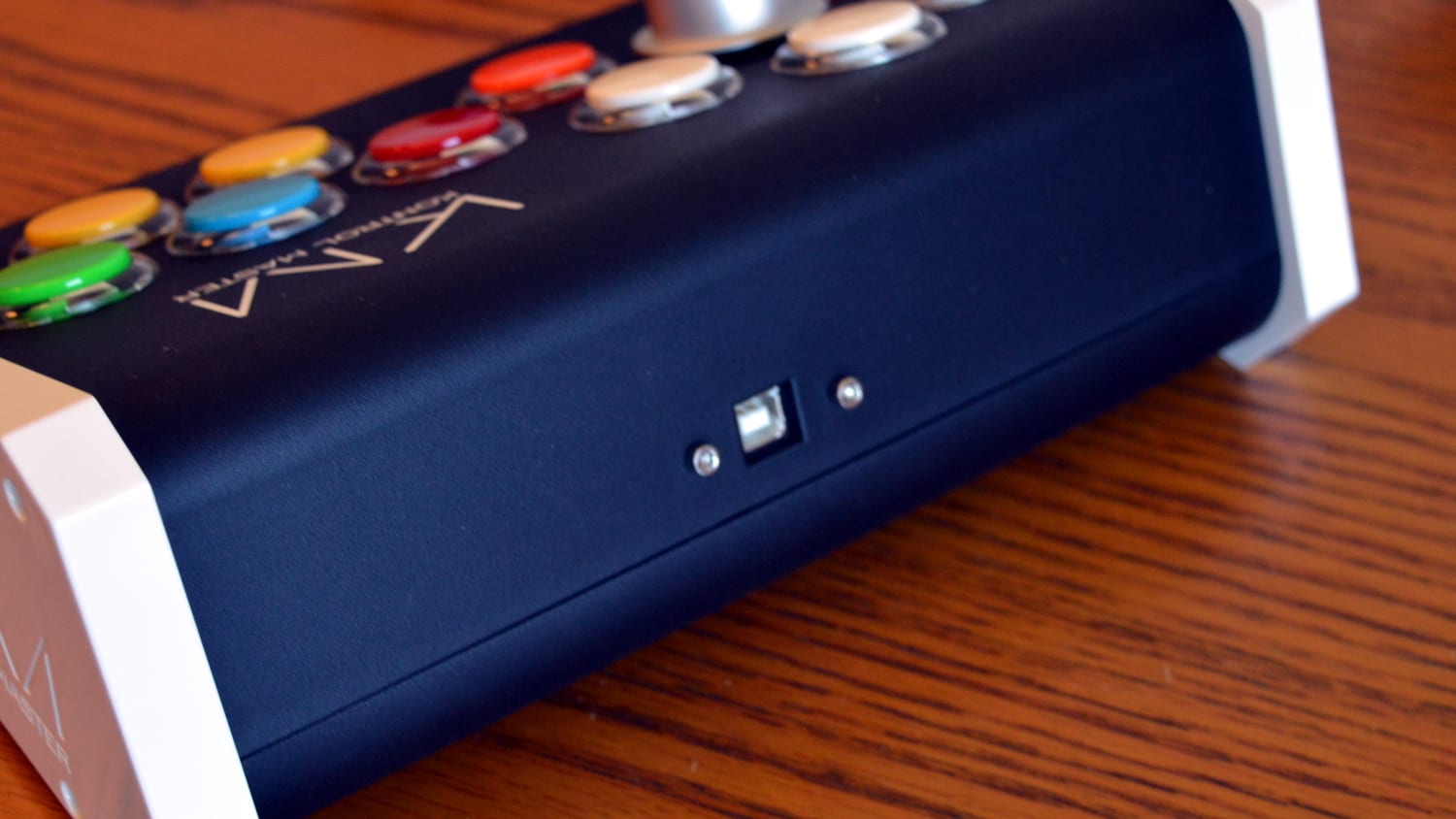 One of the nicest things about the Kontrol Master is that it’s helpful in all situations — recording, editing, and mixing. The device is especially helpful during mixing — which is thanks in large to its “horizontal,” “vertical” and “circular” buttons that correspond to whether or not you’re using a fader or a knob.

The Kontrol Master isn’t meant to be used alone — instead, you’ll be using it in conjunction with your mouse. Click on a fader, for example, then hit the “vertical” button, and you can control the fader with the silver knob on the device. This is especially helpful for things like automation, as it allows you to simply record your automation nice and naturally without having to write it in manually. 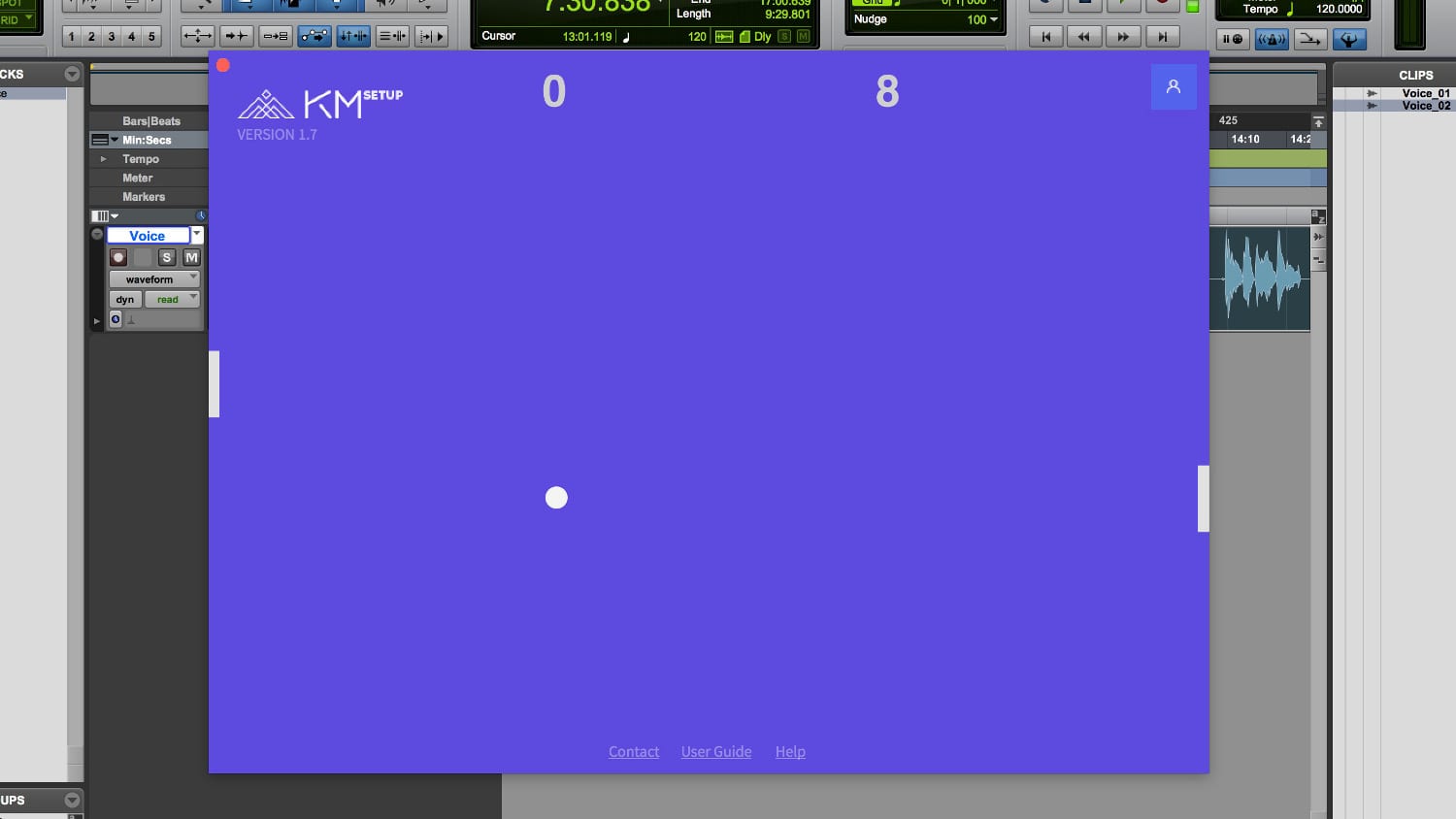 Then there are the buttons that are helpful for recording and editing. Of course, for starters there’s the record button — but then there are also buttons for things like rewinding and fast forwarding, which can be programmed for actions like undo and redo, depending on your DAW.

In general, once you get the hang of using the Touch Innovations Kontrol Master, it gets easier and easier to use.

So the question remains — will this save you enough time to warrant buying it? The answer, in our opinion, is yes. Don’t expect the Touch Innovations Kontrol Master to replace the good old mouse and keyboard — it won’t. But it will speed up certain processes that are otherwise time consuming and tedious. Best uses for the device include things like automation writing and flying around the mix window in your favorite DAW, and in our opinion, it’s well worth the $299.

Oh, and did you mention you can use it to play Pong? Simply hit the three white buttons from the Kontrol Master software, and you’ll be able to take your mind off your session for a bit with a game.

You can get the Touch Innovations Kontrol Master for yourself using the link below. For engineers of any level, we highly recommend it, especially in home studios or studios in which there isn’t already a control surface of another kind.