Home > News > The Special Waves Mine S is an affordable modular controller for musicians, filmmakers, and creatives 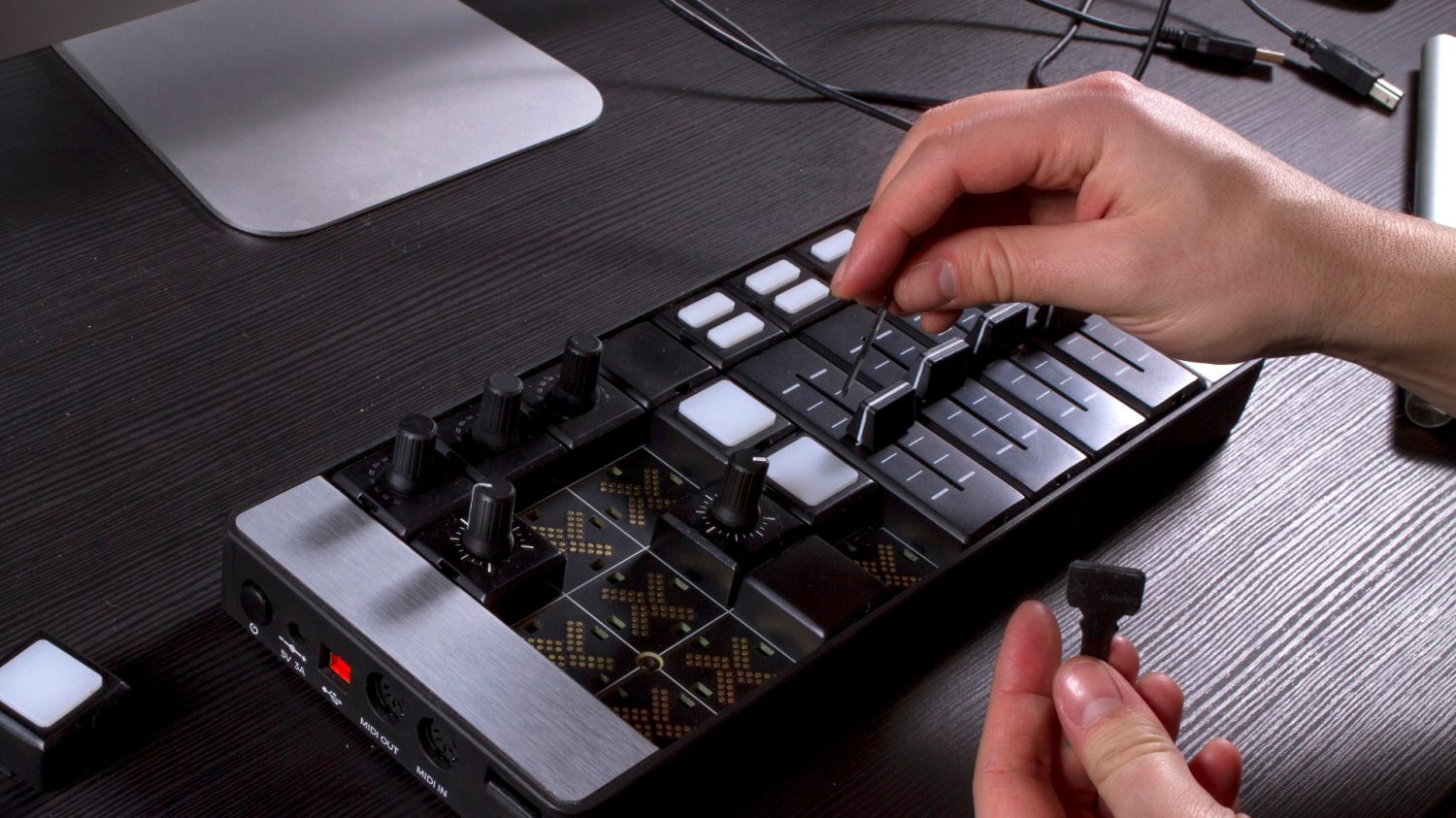 Hardware control makes software fun, fast, and easy. For a long time, the most convenient way to control any specific software has been with hardware built specifically for that software. In today’s world, however, we are no longer limited to unchanging hardware. Enter the modular controller. Modular controllers have individual components that can be arranged in the most convenient way for the user, allowing a faster and more comfortable workflow. Special Waves is looking to shake up the world of modular controllers as we know it with the new Special Waves Mine S.

Many modular controllers, like Intech Studio’s Grid, rely on multiple preconfigured modules. Each module comes laid out with different buttons, knobs, and faders. This system limits true customization when compared with Special Waves’ new Mine S. Other systems, like the Palette, give you individual control apparatuses, but cost an exorbitant amount of money. An entry level Palette system gives you one fader, two buttons, and a singular knob. While this is great for Palette’s target market, video editors, it requires musicians to purchase several expensive extra modules to make good use of the product for musicians. The Mine S, on the other hand, has targeted not only video editors, but also musicians, DJs, VJs, and even lighting engineers.

Mine S is currently still in its crowdfunding stage on Indiegogo. The controller is currently a perk for supporting the campaign. Mine S will support up to 32 modules, which all snap into place on the base of the unit. The base is bus powered via usb, but can be run off a five volt, three amp AC adapter if necessary. Control messages are sent over either the USB port or using five pin MIDI in and out ports. Mine S supports MIDI for musicians and live performers, while also including HID, OSC, DMX, and Art-Net protocols for use with lighting rigs, synthesizers, DJ softwares, Adobe Creative Cloud, and more. An added bonus, the Mine S can control multiple software at the same time. Special Waves has developed 5 usable modules for Mine S. These include slider (fader), encoder (push button infinite turn knob), pot (restricted  270 degree knob), pad (button), and 2 button toggle modules. A sixth module, the blank, is also available to fill out the empty spaces on the controller.

Supporting Special Waves in the release of its Mine S, and securing your own controller, will cost only $285.