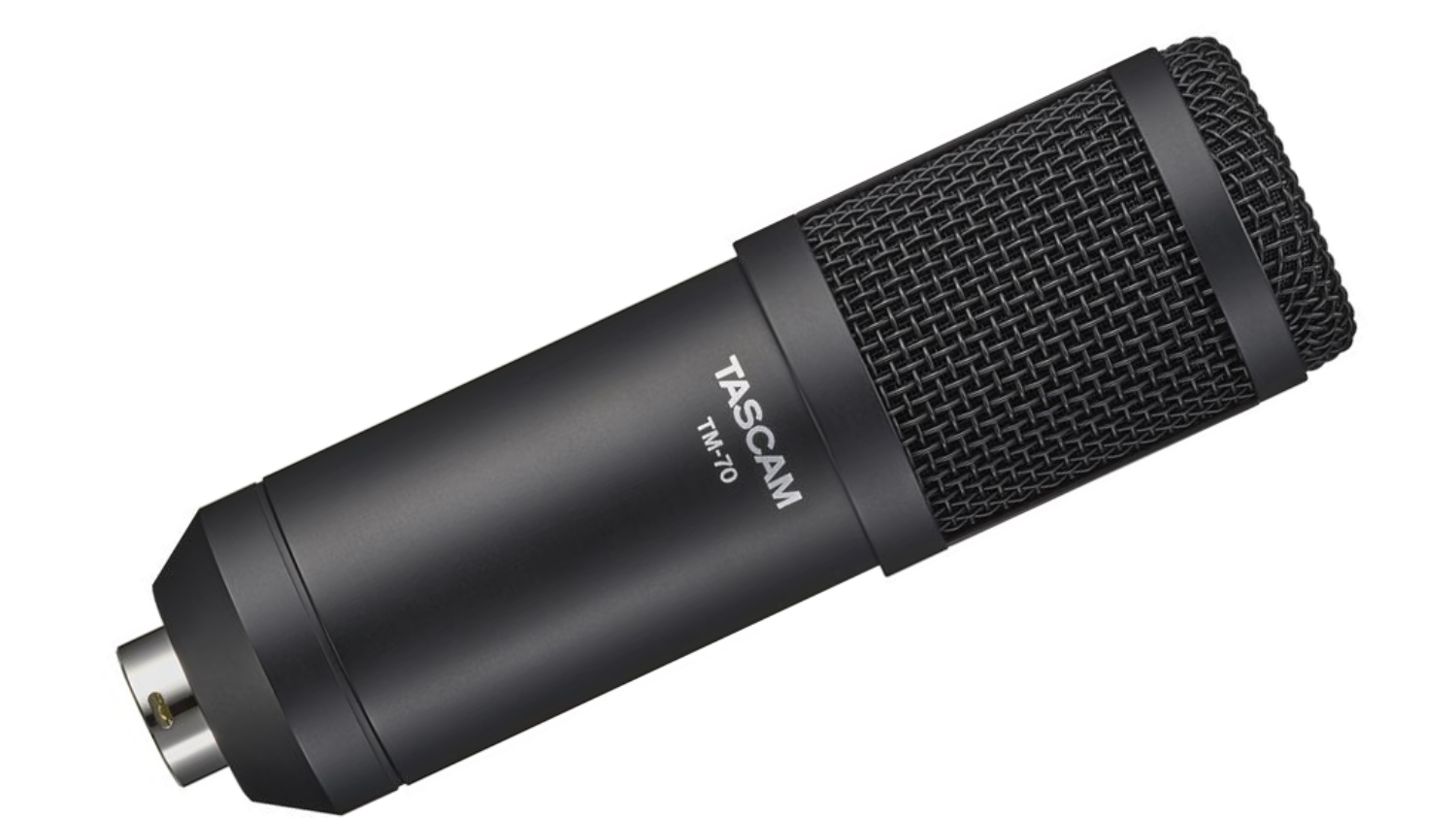 Just five days ahead of the virtual NAMM 2021 music conference, we’re already seeing a wave of new products coming forward. One of those companies, Tascam, took the opportunity to highlight a new product sitting outside of its typical wheelhouse. The new TM-70 from Tascam was designed primarily for capturing vocal situations, and joins the company’s current lineup. Here’s everything we know so far about Tascam’s upcoming TM-70 broadcasting mic.

Overall, this microphone was designed to be a unique hybrid of super-cardioid and dynamic elements. It was created mainly as an ideal affordable option for streamers, vocalists, and podcasters. An ultra-directional polar pattern allows it to effectively resist ambient noise, or anything else that isn’t directly in front. In turn, this also allows for a resulting very clean signal, resulting in first-class speech intelligibility.

“The Tascam TM-70 delivers mix-ready, no-fuss audio,” Tascam mentioned in a statement. “Enabling one to focus on capturing the best possible performance as opposed to tweaking the EQ settings or using isolation baffling.” On a basic level, the design seems to play a big role in the convenience of set-up and editing for the mic’s target market. As a result, the TM-70 may end up becoming a fairly popular new product. In the box, users can expect to find a shock mount, 6-foot XLR cable, and tripod desktop stand. Which together should provide all the basics needed to set up and get recording instantaneously.

With all of that said, possibly the biggest attractive feature of the TM-70 is its price point. At just $99, Tascam has effectively undercut competing broadcasting mics from the likes of Mackie, Shure, and Behringer. While they don’t all share the same features, it’s important to note that most people looking for a microphone like this care less about features than they do spending under $100. The TM-70 is expected to start shipping within the first four months of 2021. For more information, check out the product’s page on Tascam’s website.