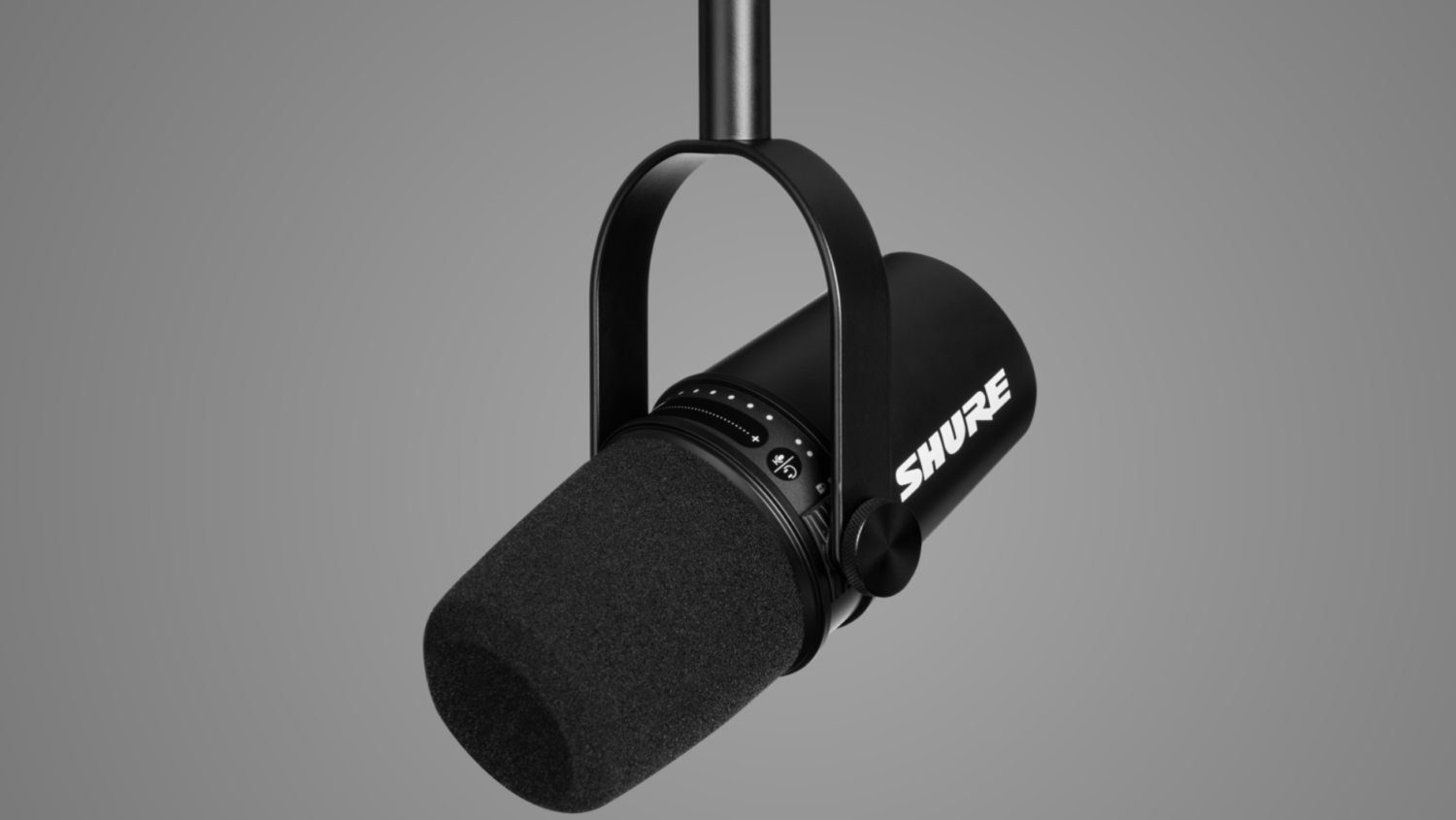 If the audio tech world of 2020 has brought a major influx of anything, it’s high-quality broadcast microphones. Ever since Behringer introduced its own clone of the Blue Yeti, many other companies have done the same. Some other prime examples of this came from the likes of Mackie’s new Element series USB condensers, and a highly affordable SM7b XLR competitor from PreSonus. The latter of which apparently sent a jolt within Shure headquarters. Because of this, Shure released the MV7 USB dynamic microphone, directly inspired by SM7b internal components.

Shure has always held high rankings in the world of professional recording, particularly with dynamic microphones. Among its vast product list, the SM7b remains to this day one of the most widely found dynamic microphones across recording studios and live sound alike. With that said, a vast majority of musicians have turned to streaming for a means of income. Many of which who may not have audio interfaces at the ready for this purpose. Shure took note of this, and decided to make the SM7b sound USB friendly, introducing it to a whole new market.

Of course, the introduction of USB into any microphone while shrinking real estate is going to mean some loss in quality. With this said Shure wants to make it clear that the MV7 tone will not be an exact replica of its SM7b. “First off, let’s get one thing straight: If you’ve been looking to move your audio game up to the big leagues with the SM7B for a while, you should still do just that. Nothing is going to replace that legendary sound, so save yourself some time…”

The MV7 is, however a big step up from the company’s other USB products such as the MV5. Most of the features found among the majority of USB mics can be found here as well. This includes a headphone jack built-in, a micro-USB port, as well as an XLR output. Just behind the capsule sits controls to adjust input gain, as well as headphone levels and the monitor mix. This is all done using a single touch-controlled bar, similar to that found on the latest MacBook models.

All in all, the MV7 seems to now rank among the best in USB compatible microphone offers out there. There’s no question, the SM7b has amazing response, so if the MV7 comes anything close, it’s well worth it. And at a $250 pricetag, which is $100 lower than the SM7b, makes it all the more appealing. For more specs and information on the MV7 USB dynamic mic from Shure, check out its website. For those ready to dive in, you can also find a list of your local dealers there as well.