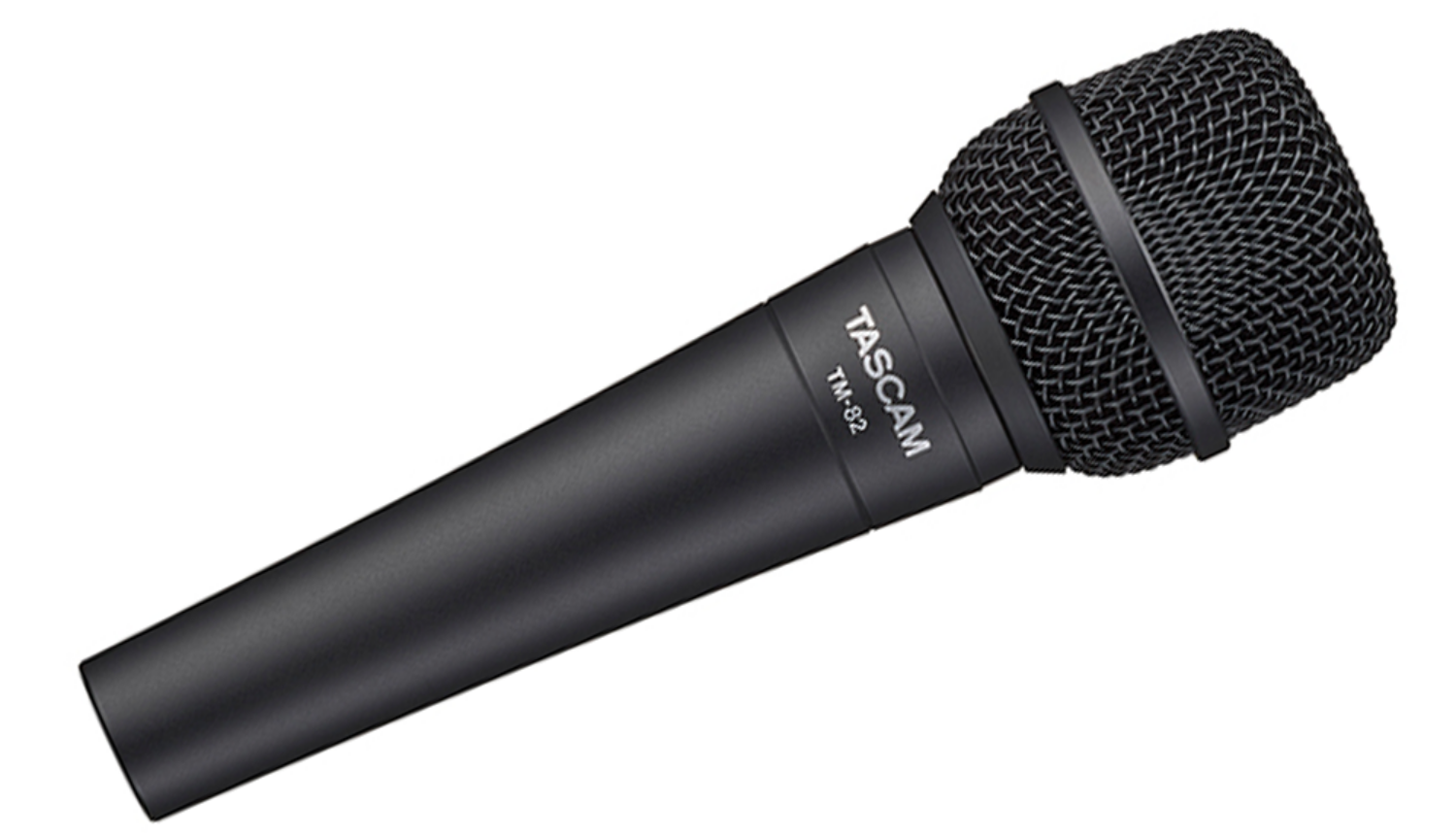 Just days before the kickoff of NAMM 2021’s virtual Believe In Music event, Tascam is already taking full advantage. Yesterday, the company announced the launch of its TM-70 broadcast mic — geared more towards streamers and vocalists in search of an affordable starter. Now, it seems Tascam was ready on the draw with its second dynamic, with eyes on live and studio environments. Its response is the TM-82 — a dynamic, handheld microphone designed for high-performance in a variety of situations. Here’s everything we know so far about the Tascam TM-82.

As mentioned above, Tascam tasked itself with a primary goal for the TM-82. To design a vocal and instrument microphone for the working performer’s budget. It is built with a hand-held design, similar to several other dynamics of its type. It captures signal in a unidirectional cardioid polar pattern. As such, it was intentionally engineered to capture the character and nuances of performances, while rejecting room sound. It has a frequency response range of 50Hz-20kHz, which is quite impressive for a dynamic style mic in its price range. Finally, Tascam made sure the TM-82 would hold up in the unpredictable studio and live situations. As a result, the company gave it a rugged build featuring a metal housing to withstand the rigors of everyday use.

Predictably, the Tascam TM-82 ships with its own mic holder, compatible with all stands. As of now, the company expects its new microphone to ship out at the same time as the TM-70. Within the first few months of 2021. Currently, most retailers have it available for pre-order, at an advertised price of just $49. This alone should work to Tascam’s benefit, as it undercuts the widely popular Shure SM58 and SM57. For more information on the TM-82, or to find a list of dealers, we’d encourage all to visit the Tascam website.