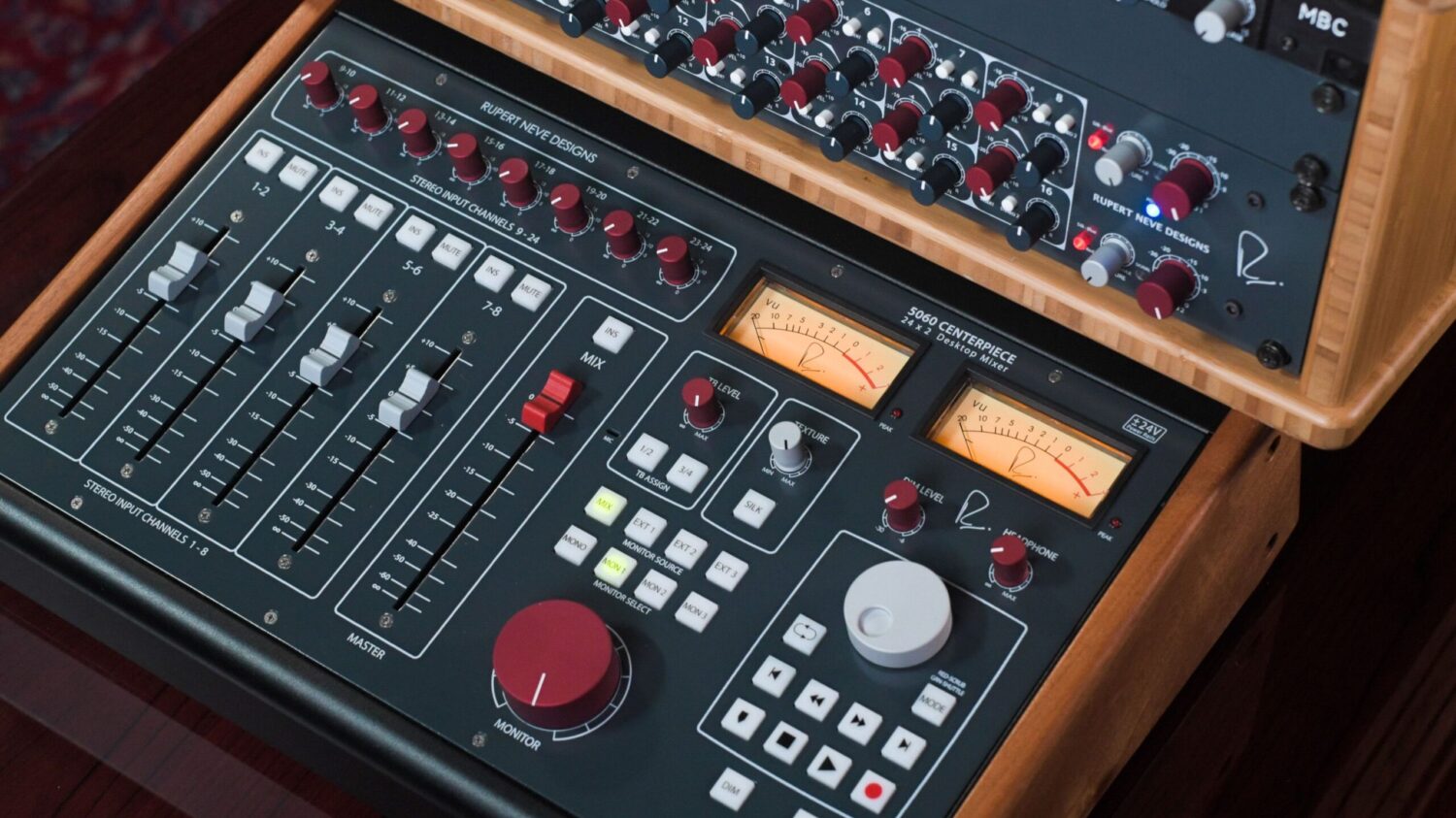 A few years back, Rupert Neve Designs developed and released a pair of small-form analog mixers. Over time, popularity for the 5059 Satellite, and 5060 Centerpiece rapidly grew, turning both products into big hits for the company. Rightly so, of course. Nobody could turn down even a few channels of capability designed at the hand of Mr. Neve. Since then, however the company gradually put out more products.

As innovation continued, a theme started happening. Suddenly, Rupert Neve Designs found itself coating its products continuously in a dark, muted, blue, which quickly developed into a signature color, of sorts. Now, 2021 is here, and the NAMM conference is close-at-hand. Therefore, RND decided it was time to bring its Summing Mixer family up to theme, and along for the ride.

“When Mr. Rupert Neve developed the original 1073, 2254, and other legendary early designs, he lived in a small English village named Little Shelford,” Chris Dauray, the company’s Brand Manager reports. “As initial production of these early modules began, the Royal Air Force happened to have a surplus of paint intended for their airplanes: ‘RAF Blue Grey’. This abundant & affordable airplane paint was chosen purely for cost reasons at the time, and thus a legendary color scheme was unintentionally born. Just as Rupert Neve Designs’ products preserve the sonic history of Rupert’s creations throughout the years, the Shelford faceplates are a nod to the visual style from that early era.”

In terms of functionality, internal features, and the rest, both mixers will see no changes. The color scheme will be the only update given to the model, and Rupert Neve Designs will continue producing both units in Shelford Blue from this point, forward. To learn more about the 5059 Satellite, 5060 Centerpiece, or any of the other impressive products from Mr. Neve and his team, check out the Rupert Neve Designs website.