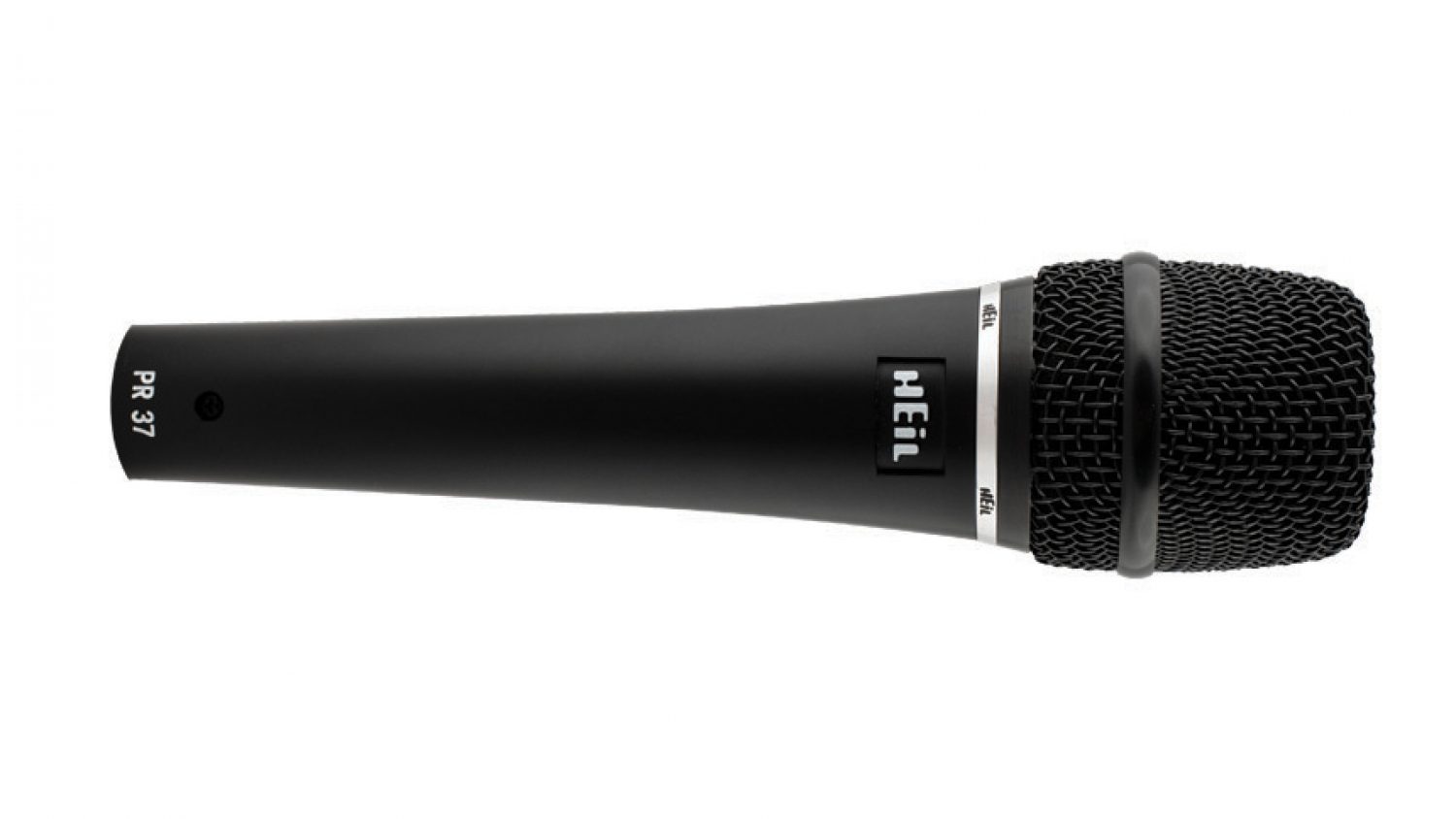 Two months into the year, we’ve already seen a slew of new microphones and other gear. Now, Heil Sound, of Fairview Heights, Illinois has come to change that. Adding to an already great lineup of dynamic vocal microphones, the company released the PR37 microphone.

Heil Sound worked with a number of front-of-house mix engineers on both the design, and initial testing of the PR37. John Hopkins, the FOH engineer who works with Sleep, and Uncle Acid and the Deadbeats, spoke directly about its clarity on stage.

“The PR 37 immediately moved to the top of the list for my go-to vocal mic. It’s a super transparent mic and the rejection of stage noise is incredible,” said Hopkins.

Additionally, Adam Pike who used the PR37 when working with Red Fang, spoke to its lower end response.

“The Heil PR 37 is a beast! Very rich and smooth low-mids along with the pristine high-mids that Heil is known for. The extremely sturdy casing is also a great added bonus,” said Pike.

The PR37 features a 1.5″ diameter dynamic element mounted inside of its housing, to actively combat handling noise. So now, live engineers can rest a bit easier when vocalists resort to minor cupping. This microphone sports a frequency response ranging from 50Hz-18,000kHz. While this doesn’t represent the full spectrum, for a specialty vocal mic, that range will definitely work. Its output level sits at -51dB at 1000Hz, right around the standard of other handheld dynamics of this type.

While we can’t speak directly about the microphone from first-hand experience yet, we look forward to getting our hands on one in the near future. Until then however, we do know that the Heil Sound PR37 serves as a worthy contender to the likes of the Shure SM87, and the M80 from Telefunken. The PR37 was announced by the company to begin shipping to both consumers and stores this coming July. For more news upcoming on the PR37, or to read about other products from Heil Sound, head to the Heil Sound website.