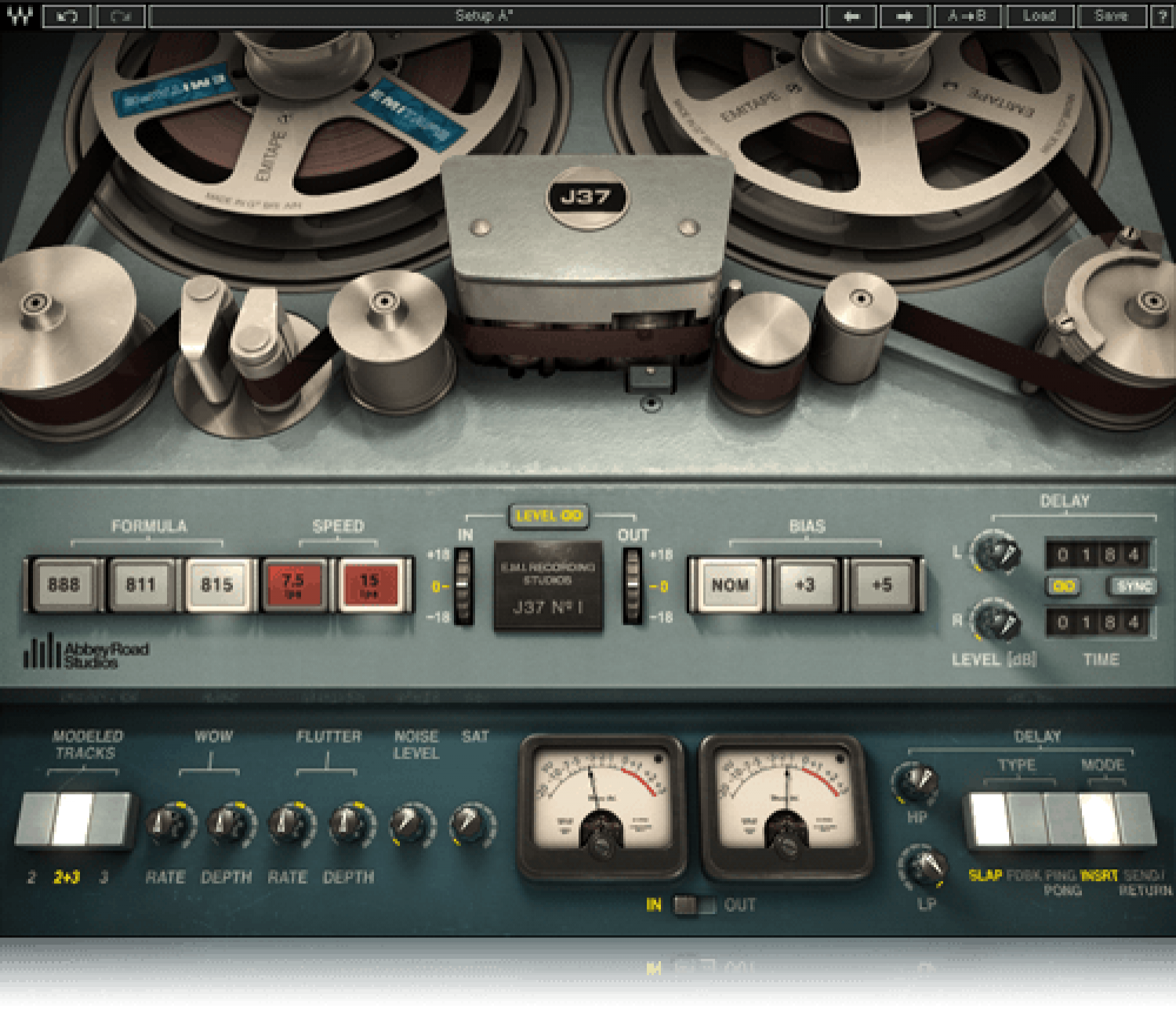 When I was going through high school, I remember hearing and seeing a lot of other kids in the hallways talking about “the new Jay-Z album”, while others might blast Rihanna through their earbuds as they twerk their way to the next class. I wasn’t like these other kids. My parents, from an early age, got me listening to classic rock and other tunes they grew up with as a kid. And that immersion got me used to a tone that still to this day sets a twinkle in my ears, and love in my heart. The sound of an upfront and personal analog recording. Soon enough, while my colleagues were downloading second hand MP3s of “Moves Like Jagger”, I was busy at the record store buying some used copy of ‘Sticky Fingers’ from the 80s, so I could go home, and place that diamond-tip needle on the ‘grooves like Jagger’ see what I did there? Ok, I’ll stop. The point is, I love analog. It will always and forever hold a special place in my heart. So the other day, when I found about the new Waves Audio / Abbey Road Studios J37 Plug-in collaboration I was shifting in my seat. My favorite recording studio in the world, teamed up with my favorite plug-in manufacturer to make something that makes your recordings sound like they were recorded through a vintage J37?! This was the highlight of my week.

The Studer J37 is an analog tape multi-track recorder that was introduced in 1960. And while used for many famous recordings in the era, and beyond, it is most revered as the multi-track used to record the classic ‘Sgt. Pepper’s Lonely Heart’s Club Band’ album. Powered, of course, by the genius mind of George Martin. Earlier this week, Abbey Road Studios in London teamed up with Waves Audio, and developed a plug-in designed to emulate the warm tones of the famous J37 to give any producer the ability to add the warmth of analog tape to their digital recordings.

Now at first, I thought ‘Big deal. I could just take my digital recording, and send the output signal through to record onto my tiny Walkman tape recorder.’ But I caught the point while taking a glance at the digital knobs and controls that comes with it. This plug-in features all sorts of controls and faders to add personality to your J37 analog sound. Towards the top of the control panel, you can push buttons to toggle the sonic speed of the tape reel as well as balance your I/O signal using dials in the center with ±18dB of gain. Next door, you can select your Bias and/or recreate an old school tape delay effect. Other controls include those for ‘Wow’, ‘Flutter’, ‘Noise Level’ and ‘Saturation’. That’s a lot of stuff you can do with a plug-in that, at first may seem rather straightforward. But to Abbey Road Studios, and Waves, of course there is no such thing as simplicity. And if that wasn’t enough versatility to force you to play with this gadget for hours at a time, they’ve included the ability to select from three different formulas of ‘tape’ from EMI: between the 888, the 811 and the 815. Normally, this plug-in would go for $249 online, but right now Waves is offering an exclusive release deal on their website, making the warmth of the J37 available at your fingertips for $149. I don’t know about you guys, but that’s enough to convince me to pull out my wallet and pretend to produce The Beatles. And if you want to learn more about the J37 plugin, or just don’t believe a single word you’re reading, here’s a link with a video and a place to buy it: http://www.waves.com/plugins/j37-tape#j37-tape-overview-video-at-abbey-road

Happy hunting, and make me proud with your stellar analog sounding masterpiece recordings!