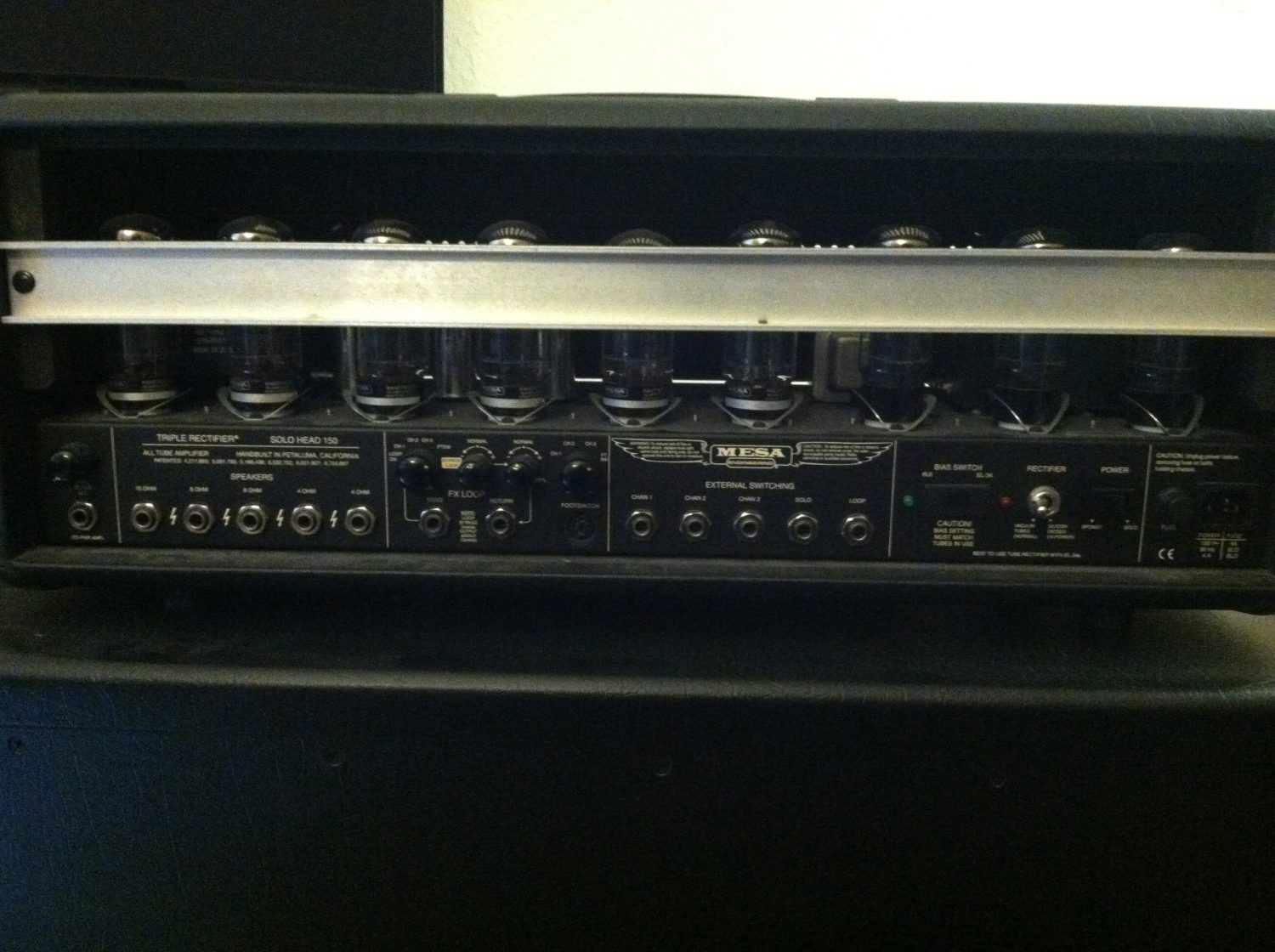 Mesa Boogie has been making high gain amplifiers since 1969, all high quality. Originally Mesa boogie started as a small repair shop and their founder Randall Smith was making modifications to amplifiers to make them louder and more high gain and out of that Mesa Boogie amplifiers were born. 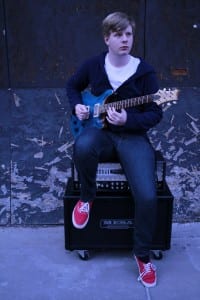 My Triple Rectifier along with a 2×12 Mesa Boogie cabinet.

Today we’re going to be talking about their Rectifier series, more specifically the Triple Rectifier.

All amplifiers in the Rectifier series have two forms of electrical rectification, which means it’s conversion from AC to DC power. You can choose between Silicon Diodes and Vacuum tubes, this setting is on the back of the amp.

The Triple Rectifier more specifically has 6 power tubes, which is a TON OF POWER. It’s a three channel amplifier with it’s first channel being clean, second being fairly dirty and it’s third channel full out high gain. To be fair the second stage still has A LOT of gain to it.

This amp has enough power to accomplish anything you have in mind for it but not only does it have a lot of power and a ton of gain but it’s clean channel sounds extremely good.

I’m going to take you through a run of the amp.

To the right of those controls there is a switch that on the first channel will switch from clean to pushed and on the second and third channels will switch from Raw>Vintage>Modern. With each of those settings have increasingly higher gain staging.

On the front of the amp there are also controls for your “Solo” and Effects loop.

There are a few different settings that you can change on your amp:

All of these different things change the sound of your amplifier, giving you and your Mesa more versatility. The settings I personally use are El34, Vacuum Tubes and the bold settings. Those settings are for the most gain possible.

You also have your choices of pre-amp tubes and power tubes but that is all a matter of personal preference.

So, what we have here is a 150W all tube amp with enough power to rock a stadium, the gain to run a metal show and clean tones that would make any jazzer happy.

I personally love this amplifier and I highly recommend that anyone who is serious at buying a nice amp look into a Mesa Boogie, keep in mind that it is very spendy! A triple Rectifier new costs a little over $2000 but is definitely worth the money!