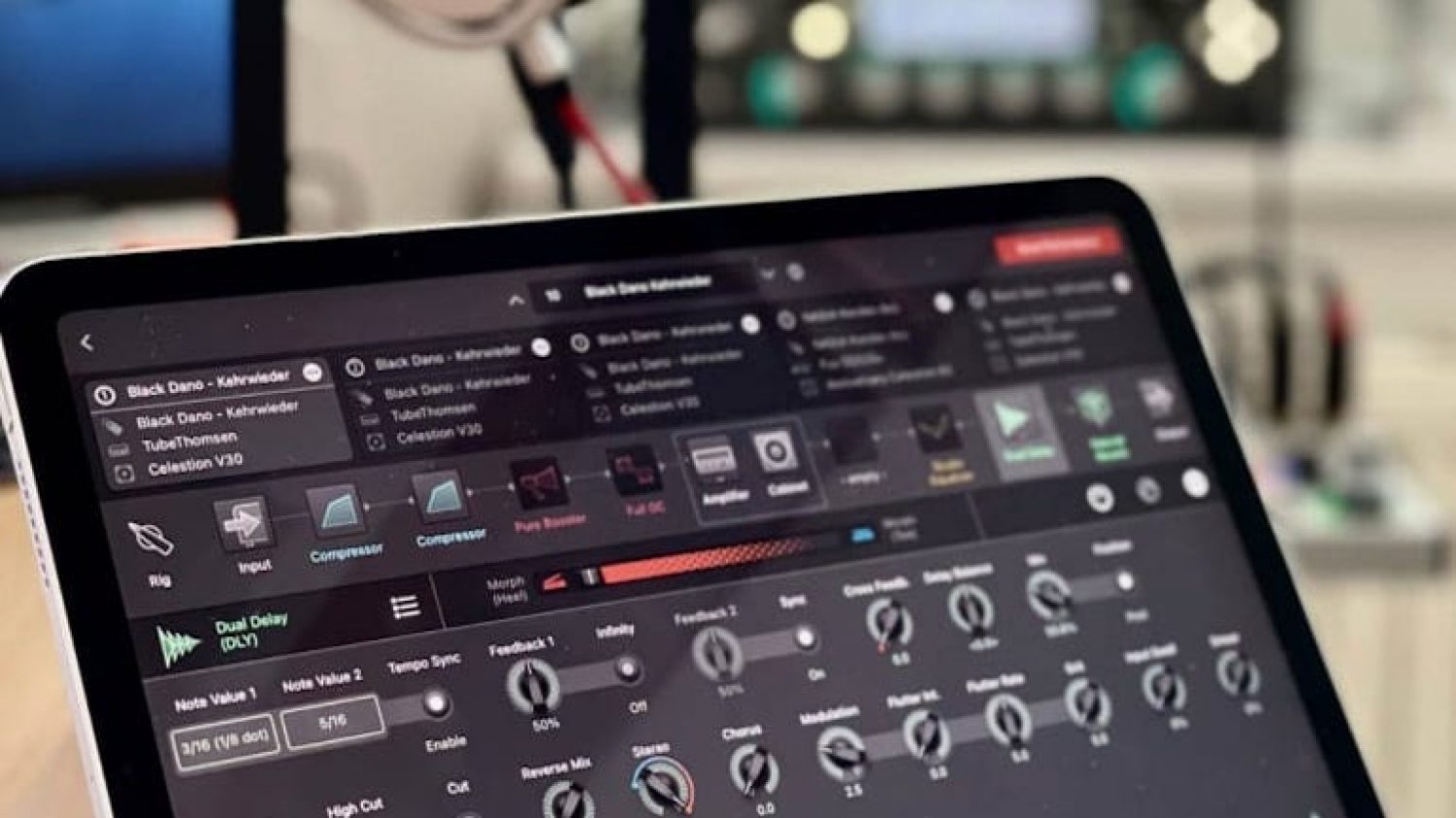 It’s always exciting when we see a piece of software get ported into an iPad app. Apparently, Kemper took note of this, and announced that its Profiler Rig Editor is coming to the popular tablet. Lately, Kemper Amps has already gained many new customers and followers in the follow-up to its string of recent products. Some of which made waves during NAMM 2021, such as its footswitch controllers and the Kemper Kabinet cab system. Throughout all of this though, Profiler has long stood at the top of its product list because of its advanced features. Here is the essential rundown of the Profiler Rig Editor, and what it looks like on iPadOS.

After its 2013 introduction, the Kemper Profiler amp swiftly became one of the company’s most sought-after pieces. It offers users the unique ability to use its collection of software amp models to build and store their favorite guitar tones. Afterwords, Kemper followed it up with a footswitch controller during performances, and eventually the Profiler Rig Manager app for computers. An all-in-one piece of software allowing Profiler users to store and load using a mouse and keyboard. A portion of this included its dedicated “editor” system where those same users could adjust their tones on the fly. This small piece is what Kemper has now made compatible with iPad, allowing for more on-the-fly adjustments.

Unfortunately for some, Kemper has not yet made its Profiler Rig Editor available on Android tablets, so if you use an Android device you’re out of luck. Profile system owners who have an iPad can download the app now right here, but note that your tablet must be running iPadOS 13 or later, and must download the 8.5 public beta OS to the actual Profiler. Anyone who doesn’t yet own a Profiler system from Kemper can visit the company website to learn more.