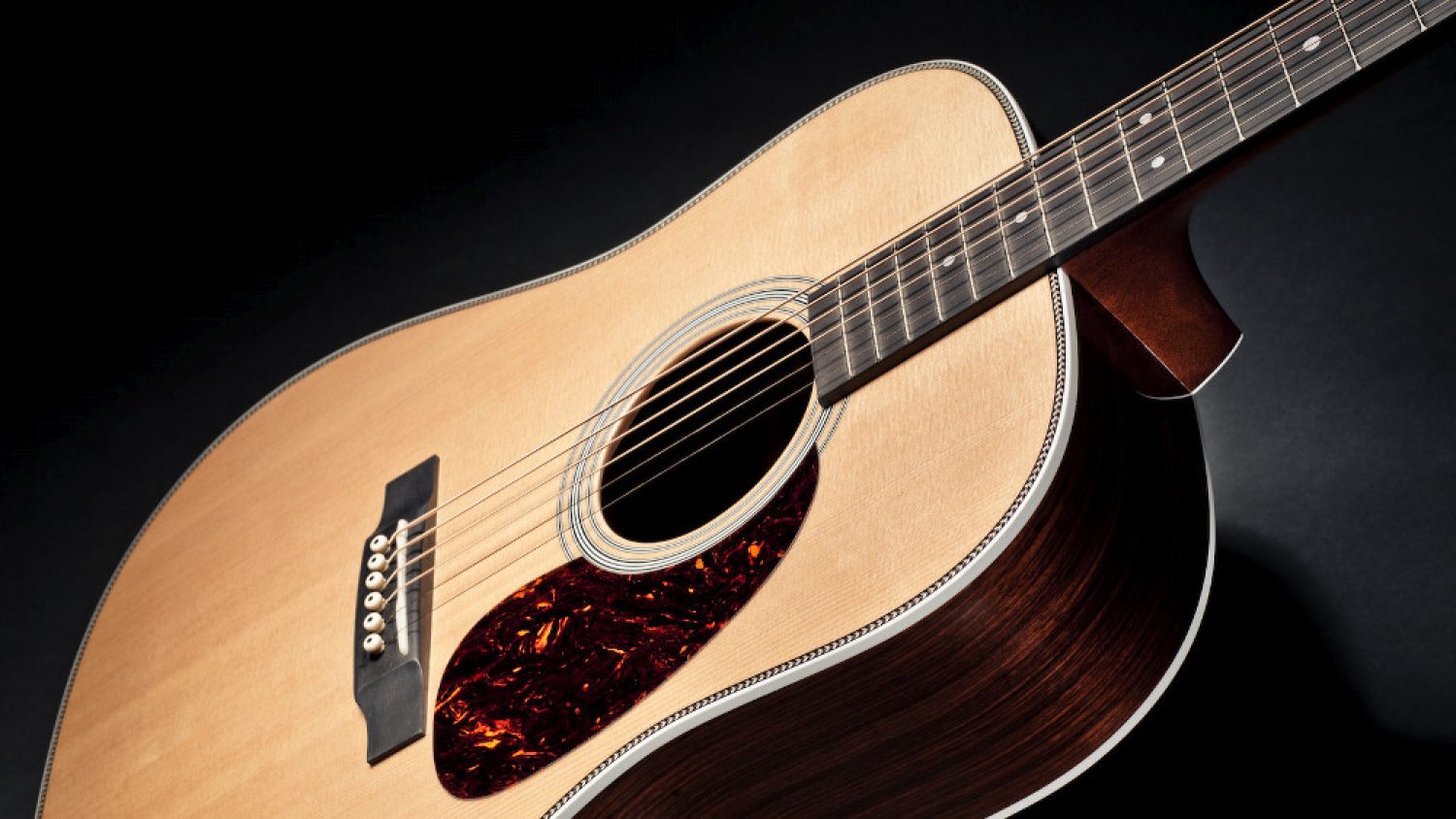 There are a ton of different things that can affect your acoustic guitar’s sound — the wood used, how often you clean it, and, of course, the strings that you decide on using. Different strings may not have as much of an impact on overall sound as some other things, but it still does make a difference.

Perhaps the first thing to consider is the gauge, or the thickness, of the strings. String thickness itself is measured in thousandths of an inch, and is normally named after the thickness of the first, or thinnest, string in a set. In other words, if someone tells you they use “8s,” their smallest string is 0.008 inches thick.

Your string gauge will affect the feel of your playing perhaps even more than the sound — thicker strings are harder to press down, and you’ll need to build up those callouses a little more before it’s comfortable playing them. Lighter strings aren’t just easier to play, they’re easier to do things like bend and manipulate. On the other hand, thicker strings produce louder volume and more sustain — which is important for many players.

Here’s a list of standard string gauges, along with a recommendation for each.

Here’s a list of the different string materials and how they sound, along with a recommendation for each.

Bronze strings are quite clear and bright, making them perfect for those who need something somewhat metallic-sounding. Unfortunately, due to the fact that they oxidize easily, they age relatively quickly — so if you go for bronze strings make sure you’re prepared to replace them every now and then.

Phosphor bronze strings oxidize far less easily than straight bronze strings, so they’ll be a lot easier on the wallet. They are a little warmer and darker than normal bronze strings, but they still sound relatively clear compared to some other string materials.

Brass strings are perhaps the most metallic-sounding of all the strings on offer, and you could describe them as “jangly.” As such, they’re also quite bright.

Polymer-coated strings don’t have as much sustain and aren’t as sonically bright as other strings. They’re also quite warm and present. One of their main draws, however, has nothing to do with their sound — instead it has to do with the fact that they’re available with different colorants, making them more visually appealing.

Silk and steel strings are a little more delicate and soft, making them quite popular with filk guitarists. They generally have a steel core, though the lower strings are wound with silk.

No matter what sound you’re looking for, there should be a great set of strings for you. Sure, there are quite a few different string types to try out — but once you find the right set, you won’t be sorry.