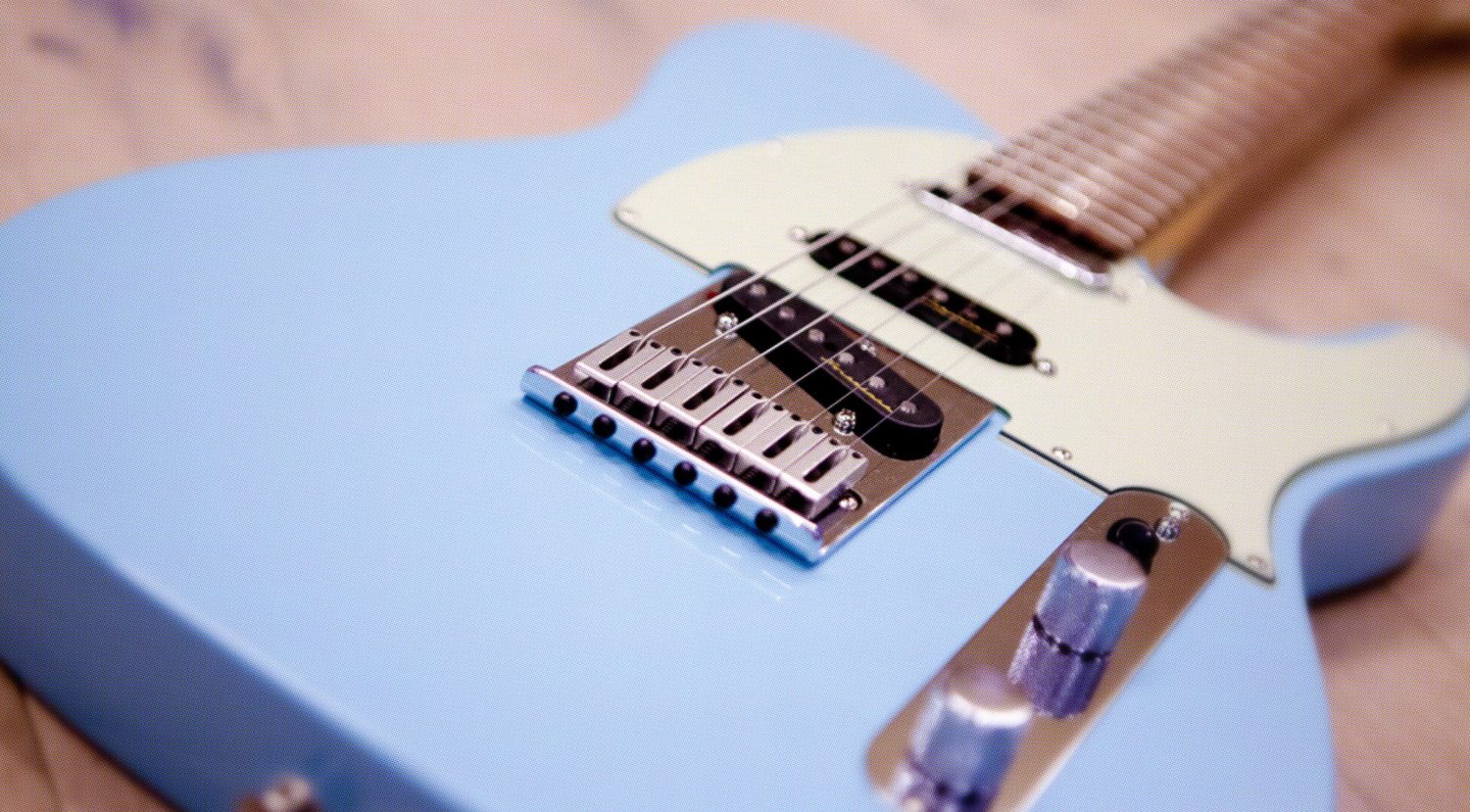 Are you building an electric guitar or trying to decide which electric guitar to buy next? Many aren’t aware of this, but the type of wood used on your guitar can actually have a big impact on how the guitar sounds. The guitar body wood and the guitar neck wood, also known as tonewood, can range in look, feel, and more importantly, sound.

There are plenty of electric guitar body woods to choose from. In this article, we’ll tackle specifically an electric guitar’s body wood. We’ll talk about neck wood and fretboard wood on other articles. Here’s a rundown of each type of body wood, how it affects sound, and a few popular options to choose from. At the end of this article, you’ll find a table with each combination of body woods and neck woods, ensuring you can find the perfect guitar combination. 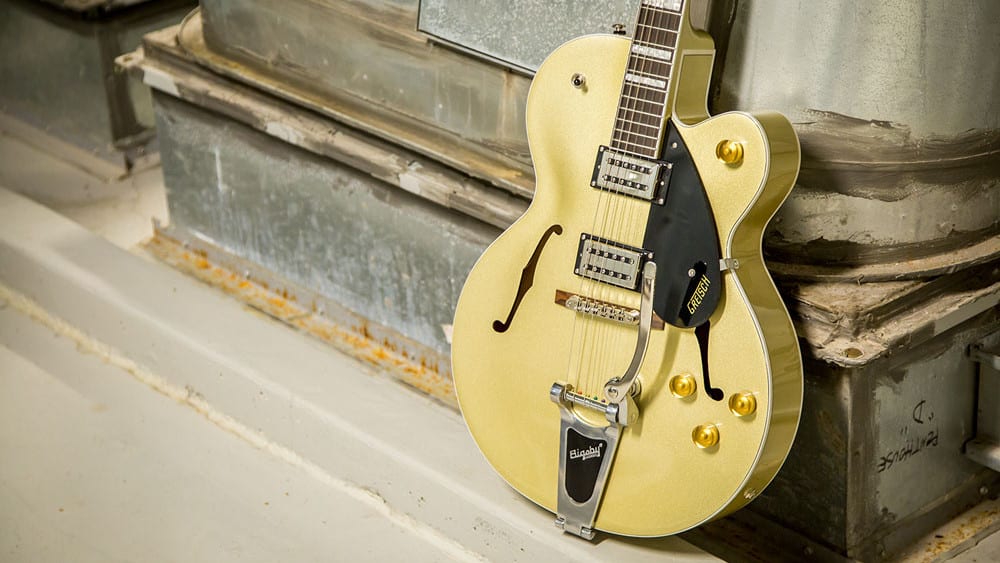 The electric guitar’s body wood is arguably the most important wood used in the building of a guitar, at least when it comes to the sound of the guitar. Here are the most popular woods used in guitars.

Alder is one of the most popular electric guitar body woods today, largely because its use in Fender guitars since the 1950s. It’s a very adaptable wood, which makes it very versatile — it can be used for a range of different styles and still sound great. Not only that, but Alder is also relatively cheap, and is most often used in solid-body guitars.

Alder is relatively easy to finish, but the grain isn’t all that good-looking, so it’s most often painted over. When it’s not, however, it generally looks pinkish. As far as weight goes, Alder is a medium weight wood, however it can come in heavier cuts too.

When it comes to sound, Alder is known to be a very balanced choice for the guitar’s body wood. It offers lows, mids, and highs, however it has a slight bump in the midrange, which helps make the sound more clear.

Here are a few guitars built with an Alder body wood:

Ash isn’t as often used these days as it once was, however it’s still a very popular choice for those looking for that classic Fender sound. Generally, the more desirable form of ash is swamp ash, which is ash taken from trees with roots that grow below water level. That’s because the wood generally resonates more, is quite light, and has a very nice-looking grain.

When it comes to Ash’s sound, the guitar offers plenty of low end and nice prominent highs. The midrange is a little scooped, and the guitar has a nice long sustain.

When the ash is taken from the high portion of the tree, where it’s harder, it offers a slightly brighter tone that sounds great through a distortion pedal. Most often ash is used in a single-wood body, but sometimes it can be found on multi-wood guitars too. Hard ash still looks quite similar to swamp ash, despite the slight variation in sound.

Basswood is found on guitars all over the world, however while abundant it’s generally found on budget or midrange guitars. Still, while mainly used on budget guitars, it still sounds great and is sometimes used by high-end guitar makers too — in fact, plenty of signature guitar models

Basswood is quite light, both in sound and in color. It has little grain to speak of, meaning that many guitar makers choose to paint over it or cover it up. Basswood comes in a variety of different species, however most of them sound and look relatively similar.

As far as sound goes, basswood offers quite a bit of midrange, however it has some high-end too. Generally, basswood doesn’t offer much in the way of low end.

Korina isn’t a very common electric guitar body wood, but it did get a pretty big break when it featured on Gibson’s Modernistic Series of guitars in the late 1950s. That series included guitars like the Explorer and the Flying V, both of which have since switched over to Mahogany.

As far as hardwoods go, Korina is fairly light and it has a very fine grain, which is often enhanced when it’s being finished to give off the appearance of long streaks.

When it comes to sound, Korina is very clear while still giving a lot of warmth and offers quite a long sustain.

Mahogany is one of the most common electric guitar body woods used today. It has replaced a lot of different woods used in a range of guitars, including the aforementioned Gibson Flying V. These days, the most common guitars with Mahogany woods include the Gibson Les Paul Jr., the Les Paul Special, and the classic Gibson SG.

Mahogany is generally harvested in Africa and Central America, and its quite a hard, heavy wood. While it’s often used in multi-wood guitars, when used on its own, Mahogany has a warm tone, but it’s a very balanced sound with a good bite when it needs it. It doesn’t have too many lows to speak of, but that’s not a big problem for many people.

Maple generally comes in two varieties — hard maple and soft maple. Generally speaking, hard maple is often considered too hard for guitar bodies, and as such it’s more often than not used in guitar necks. When it is used for the guitar’s body wood, however, it offers a very bright tone.

That brightness is due to the wood’s hardness, and along with being bright, Maple offers plenty of sustain, and quite an aggressive bite. Soft maple is a little lighter in tone and in weight.

Because of their bite, Maple is an excellent choice of guitar body wood for hard rock and metal music. The wood, as mentioned, is often used in multi-wood bodies, where it’s used to add some bite to guitars that otherwise are much warmer — like Basswood guitars.

Poplar is technically a hard wood, but as far as hard woods go it’s relatively soft. Poplar is surfacing as a relatively popular guitar body wood because of how affordable it is. It’s often used in Asian-made electric guitars, and while it has a relatively well-balanced sound it doesn’t offer much in the way of sustain or resonance. 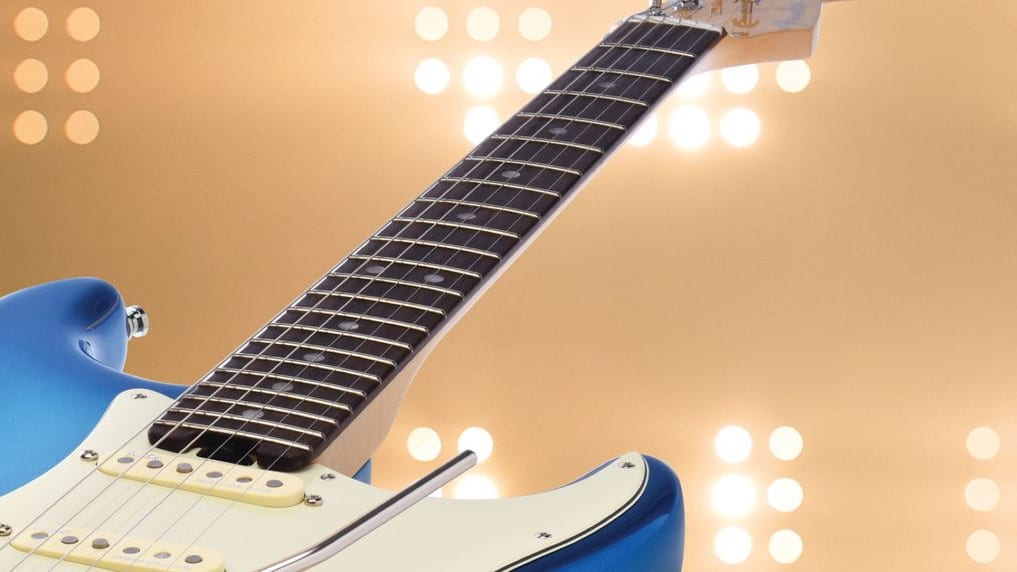 The body is arguably the most important wood used in an electric guitar, but the guitar’s neck also plays a role. There are generally only two different electric guitar neck woods.

Maple is far and away the most common type of electric guitar neck wood, and for good reason. Maple brings in a nice amount of high-end with a good bass boost too, however when strings are plucked nice and hard there’s still plenty of mid-range. Maple is generally considered the clearer of the two main neck woods.

Mahogany is a little more mellow than Maple, offering a slightly thicker tone while cutting a lot of the attack found on a Maple neck. That warm tone is largely attributed to a boost in the low mids. Mahogany is often paired with an Ebony or a Rosewood fretboard.

There are clearly a tone of options out there as far as guitar body woods and neck woods go. Are you looking for a specific combination? Check out the table below to find the perfect guitar for you.

Guitar fretboard wood guide: Everything you need to know