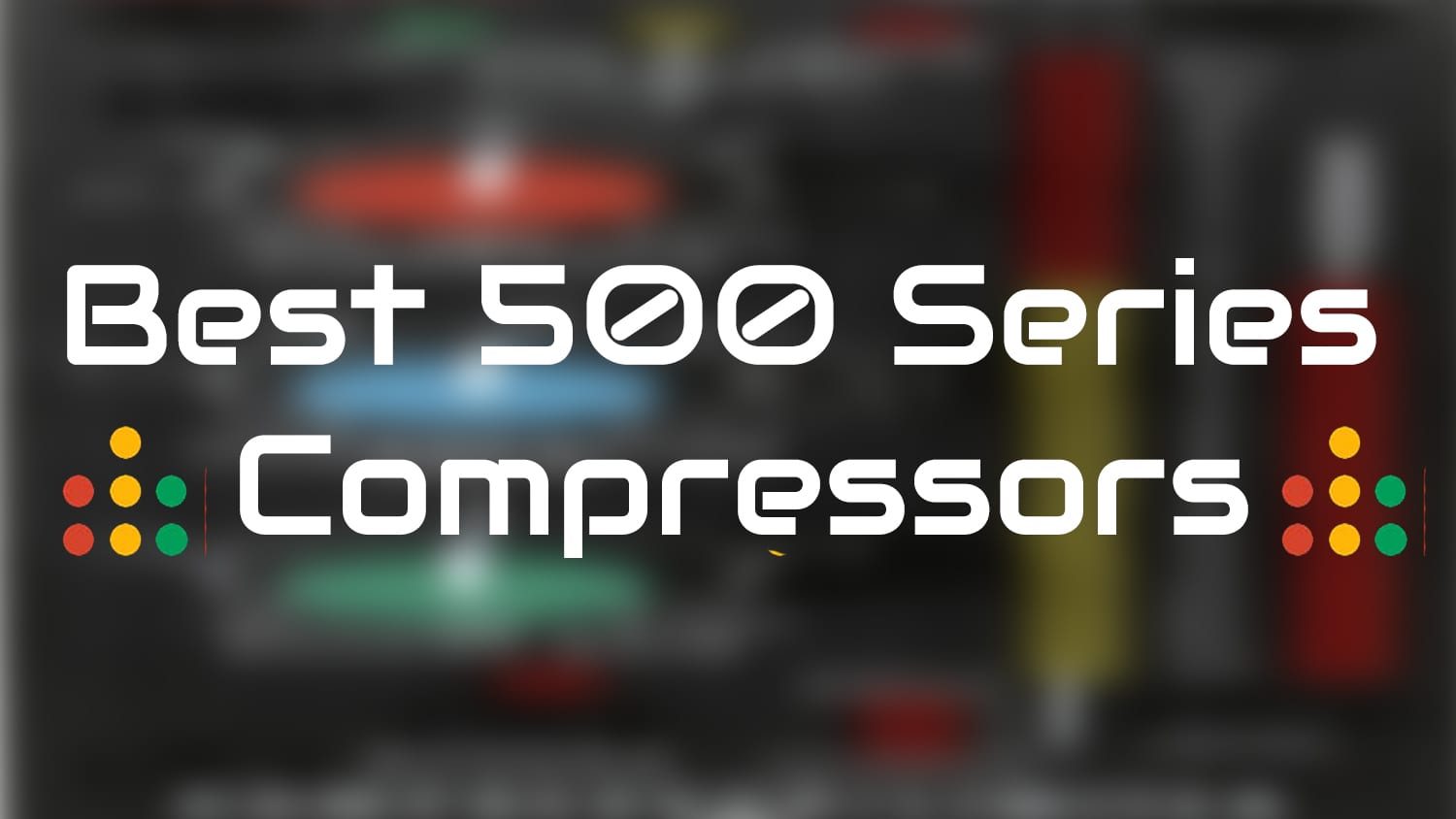 No one can deny the convenience and innovation in the market of 500 series hardware. You can mix and match all kinds of sounds and designs to create new signal chains altogether. Read all about the history of modular 500 units, as well as some of the best 500 series preamps here. These are seven of the best 500 series compressors available today.

There are multiple types of compressor designs included here like FET, optical, tube, and even a unique marriage of analog and digital technology. There are timeless designs like the API 525 and the DBX160A as well as forward-thinking models like the WesAudio _DIONE. They all offer something unique, and give access to some legendary circuitry.

Here are some of the best 500 Series compressors out there. 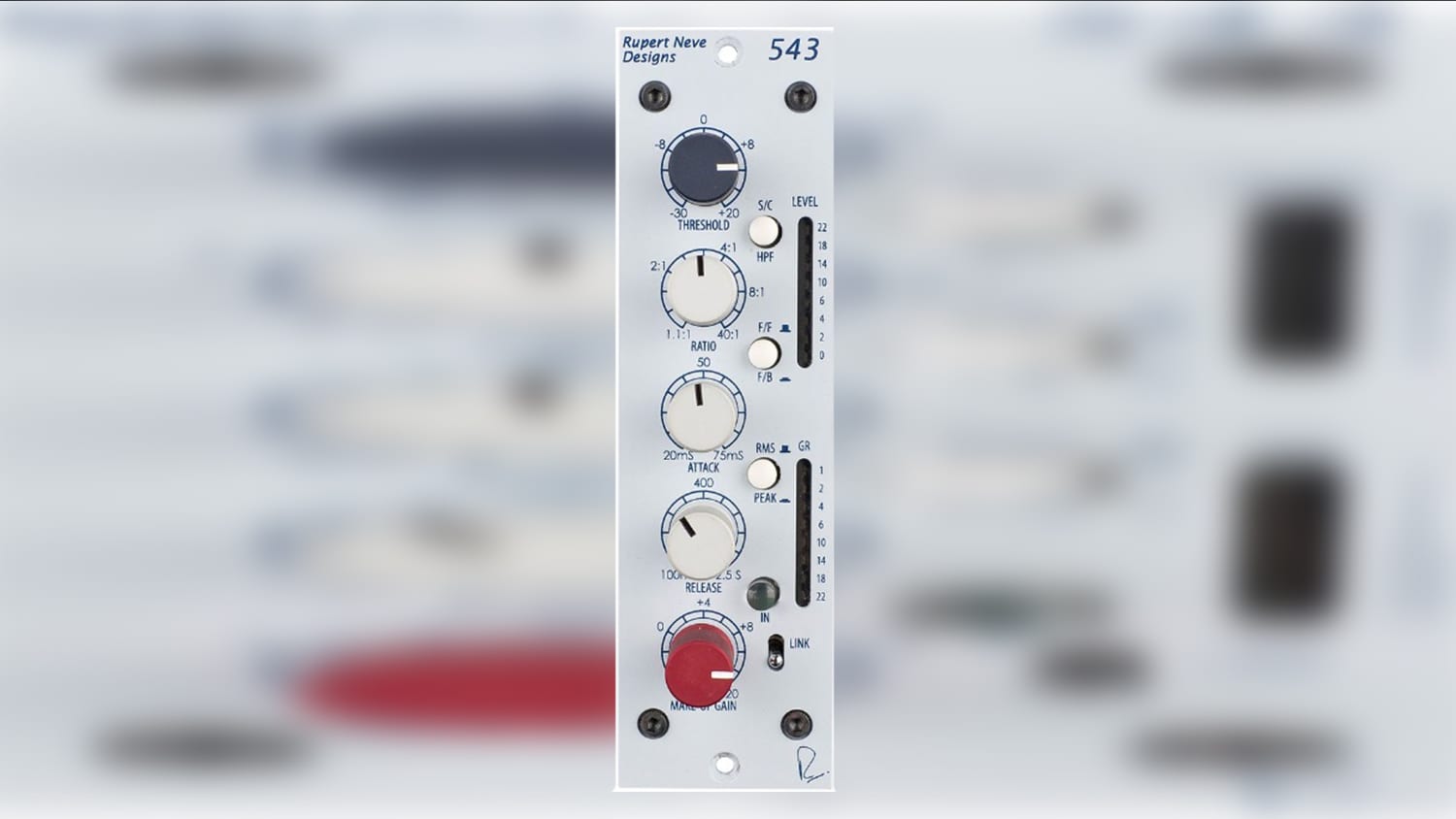 Neve has long been one of the premier names in compression and its designs have a signature sound that is entirely its own. The Portico 543 is a VCA design with feed-forward and feedback modes. This adds the option of dialing in a more “vintage” style of compression all the way to more modern sounds. The sidechain high-pass filter lets you control the low end going into the compressor so it doesn’t affect how the compressor reacts. It includes switchable metering for RMS and peak. And though it runs in mono, it can be linked for stereo applications. 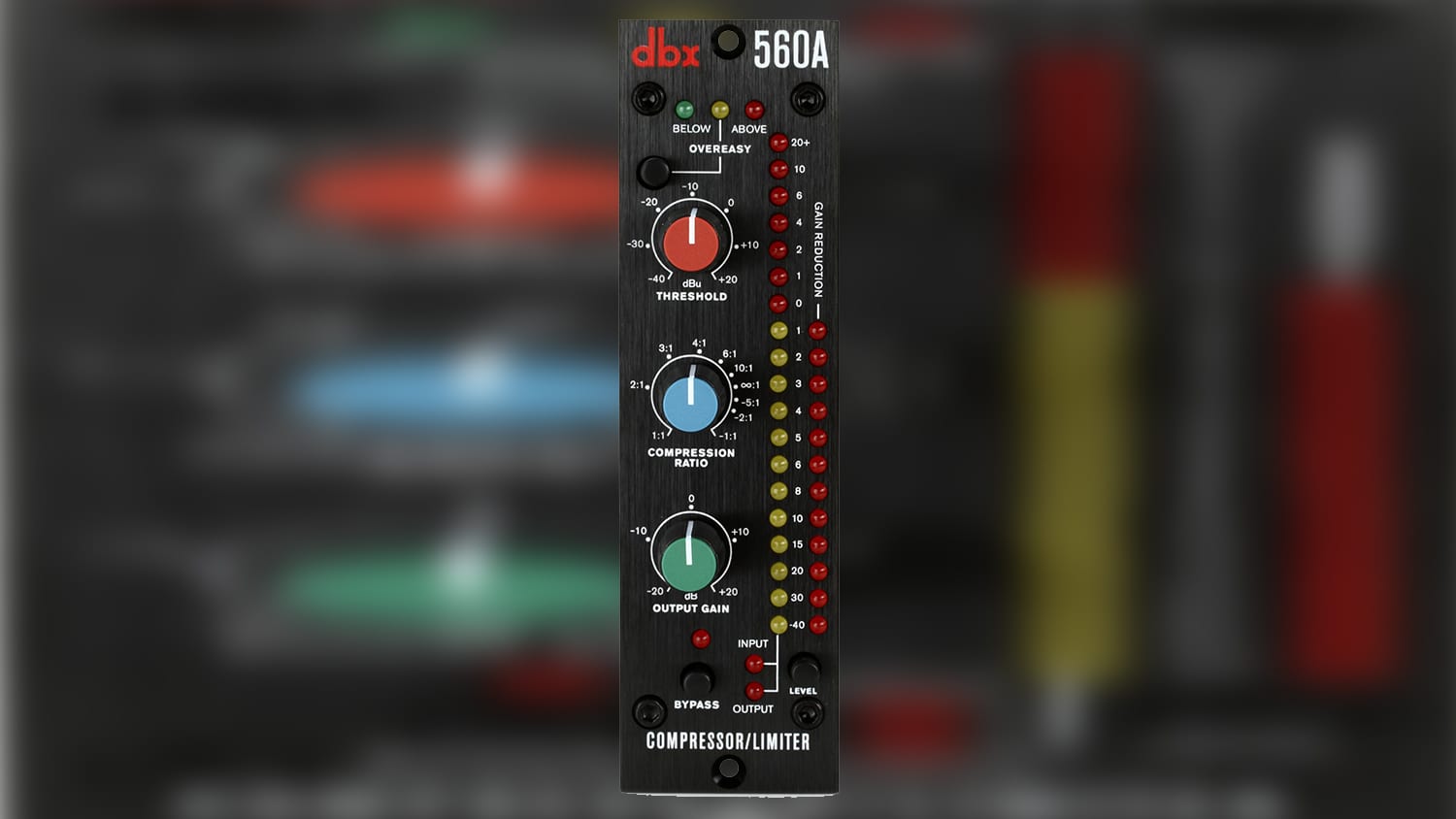 The DBX 160A is one of the most popular VCA compressors of all time, especially on low end sources like kick drum and bass guitar. The 560A fits that magic into your 500 rack. It’s easy to dial in with three simple controls over threshold, ratio, and gain. So whether you need the subtle soft-knee of the “Overeasy” style or in-your-face brickwall limiting this unit can do it all. 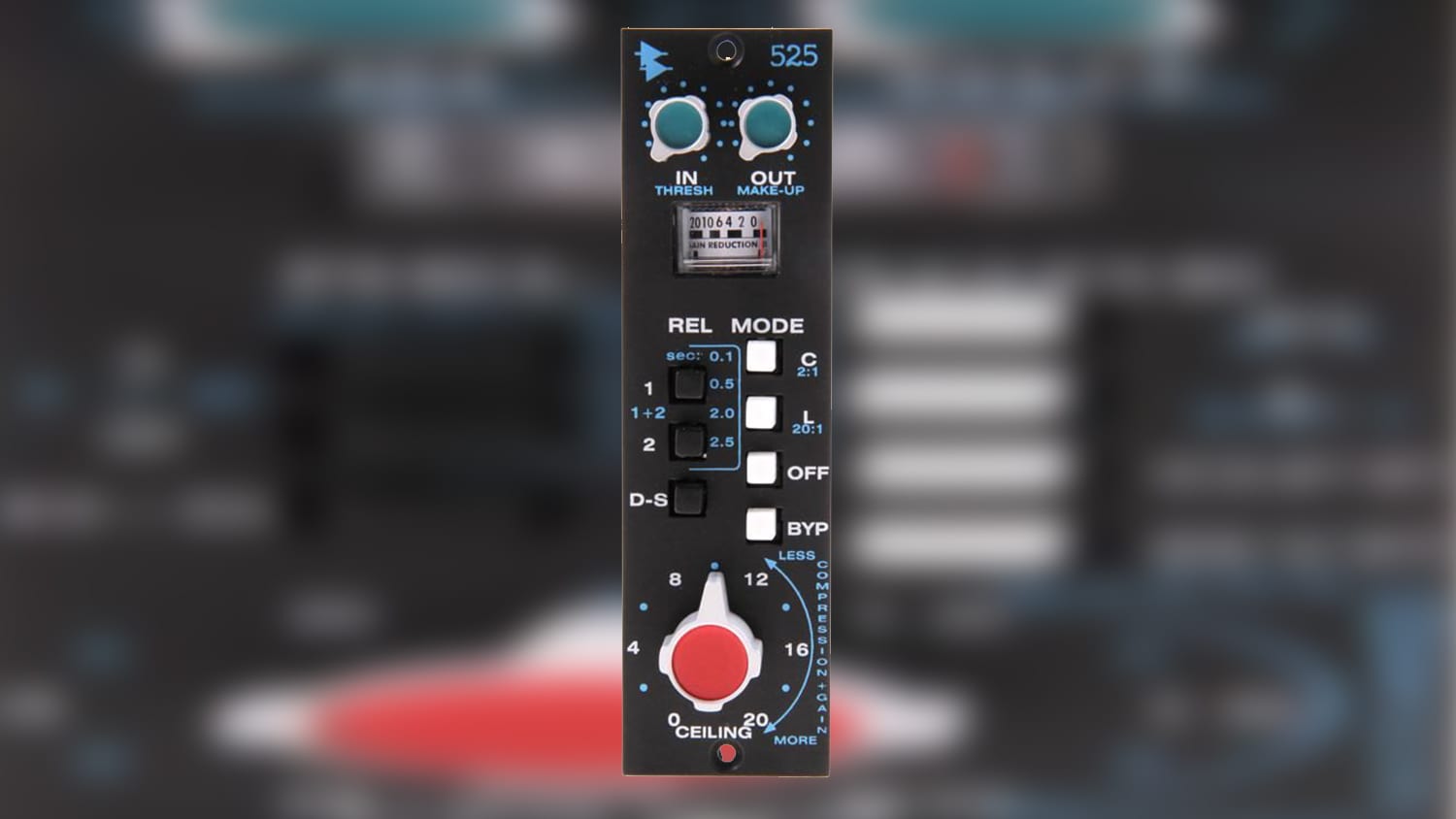 API created some of the most legendary compressors of all time (and also pioneered the 500 series concept) and the 525 might be their most infamous. It’s not just one of the best 500 series compressors, but staple of recording history and popular in their large format consoles, the 525 provides all of the vintage 1970s tone. The ceiling control is a unique concept that lowers the threshold while proportionally increasing the output. It also has a de-essing feature and four release modes. It has the classic API aesthetics and their timeless sound. 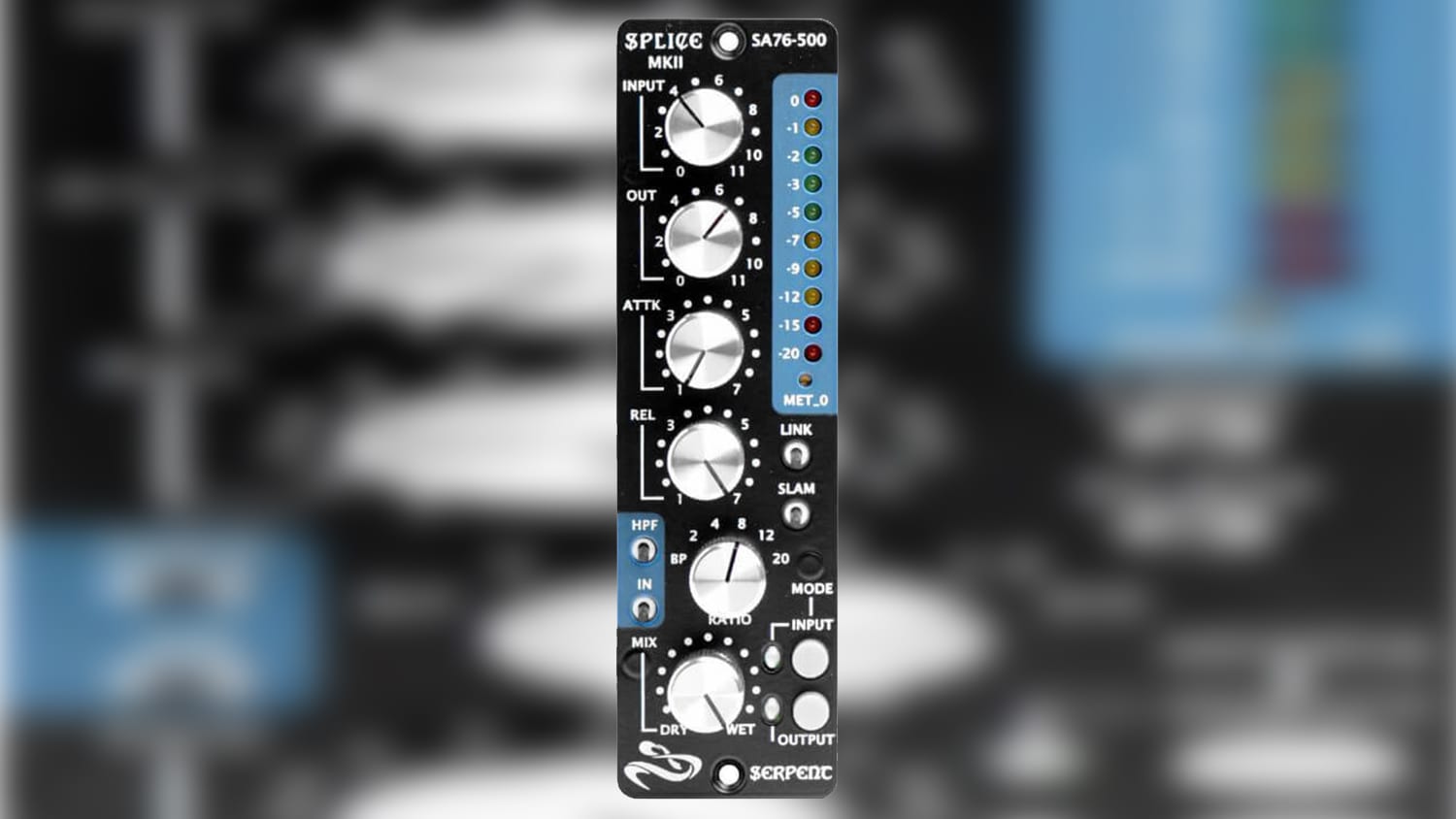 Put the sound of two of the most popular FET compressors of all time into your lunchbox. The Blackface and Blue Stripe circuits model two different versions of the 1176. What’s more, you can mix and match the sounds to forge new sonic territory that can only be achieved with the Splice. The Blend knob allows for parallel compression without having to patch in any other gear. But perhaps the most unique feature is Slam mode which emulates the notorious “all buttons in” setting from the 1176. 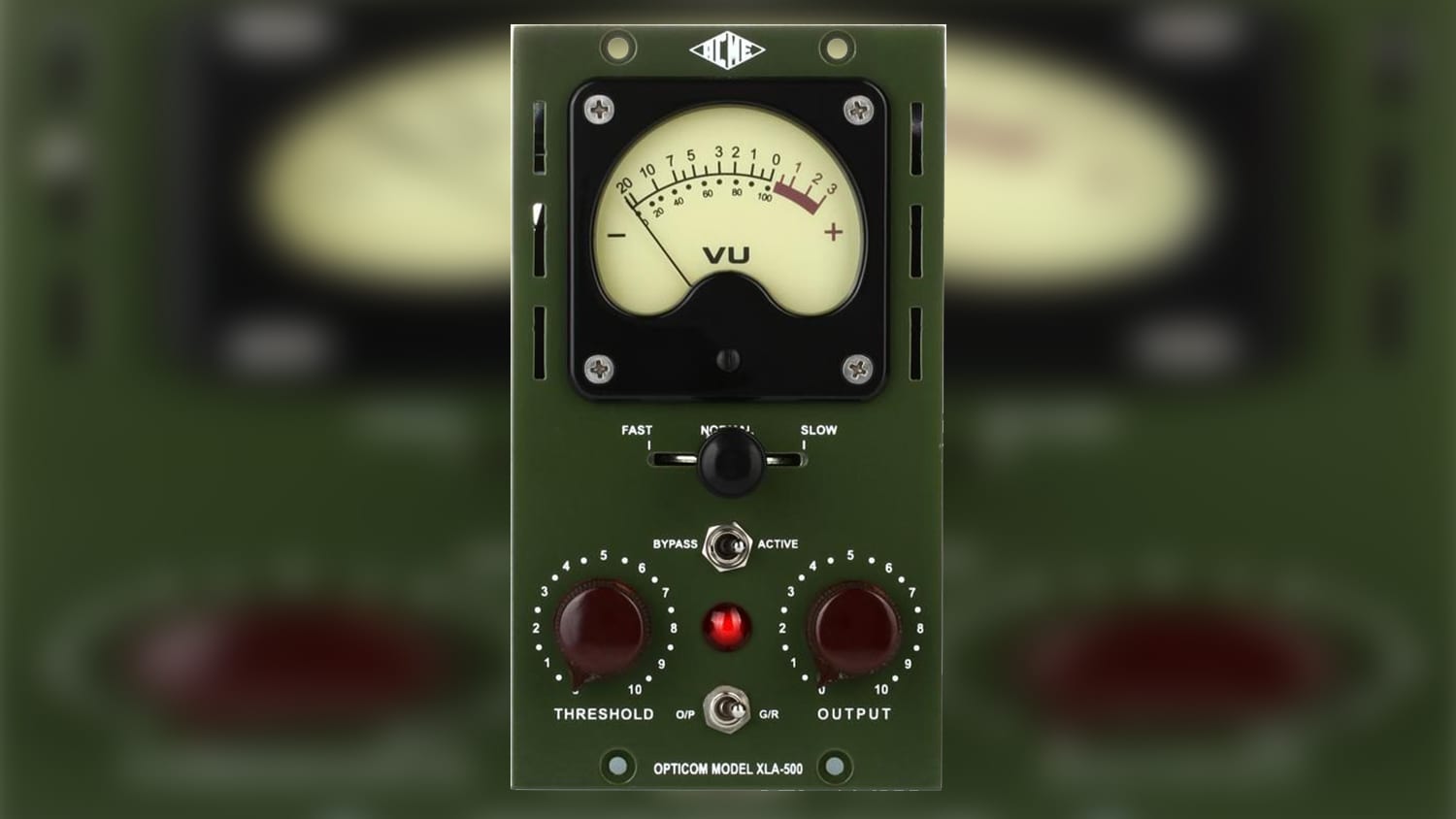 Acme Audio took all of the innovation behind their XLA-3 plug-in and rolled it into a two-space 500 unit. It offers up all of the warmth and saturation expected in a tube compressor with modern (faster) reaction times. It’s built upon a Class A triple optoelectronic topology that blends the three time constants, selectable with a switch. CineMag transformers round out the circuit and with that you get an optical design that can respond as fast as a FET compressor. The controls are modest, but what the Opticom does is anything but. 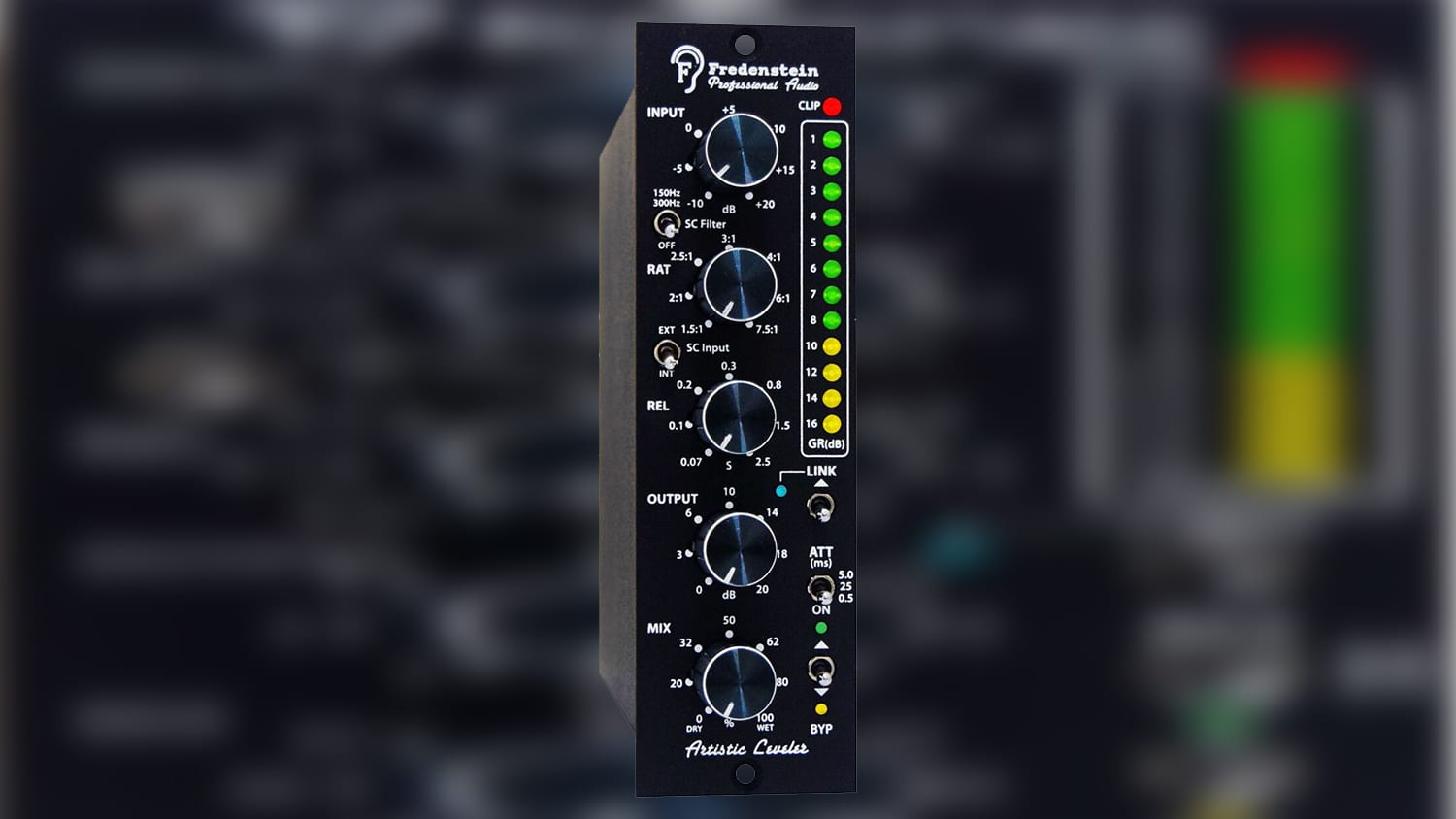 Optical compression is unlike any other style of leveling. The control set is robust (for an optical compressor) with input, ratio, release, output and mix controls. The threshold is fixed, which is common for optical designs. Attack times are adjustable by a three-way switch. As with all of the company’s gear the design is centered around their proprietary OPA2 op-amp and uses a U.S.-manufactured steel core transformer to maintain sonic integrity. What’s more, if you integrate it with Fredenstein’s Bento Box rack it opens up some additional features. 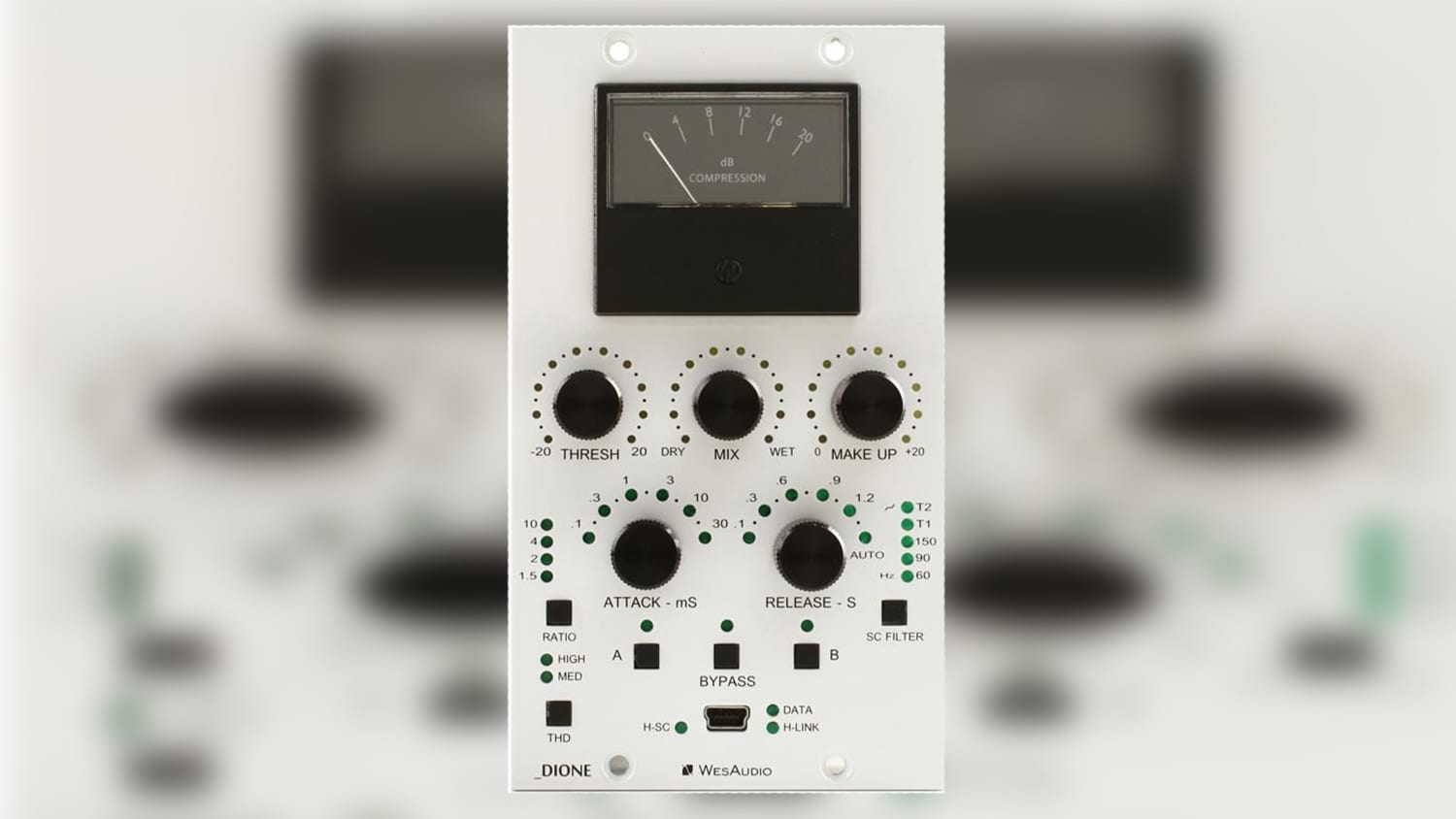 Not only one of the best 500 series compressors, but one of the most unique, The _DIONE is a VCA bus compressor that truly pushes the concept of what digital signal processing is capable of. Using the GCon protocol the hardware can be integrated into your DAW in a fashion similar to a plug-in. This gives you the sound of a 100% analog signal with the convenience of digital. This includes instant settings and automation recall.

Parameters can be dialed in and managed over USB or through the company’s _TITAN frame. For an even more authentic analog sound there is configurable harmonic distortion and filters to fine-tune the response. For ensuring that only the frequencies you want to trigger the compressor are allowed through there is a side-chain HPF and two unique “tilt” bands.

Waves is slashing prices on CLA series compressors this weekend