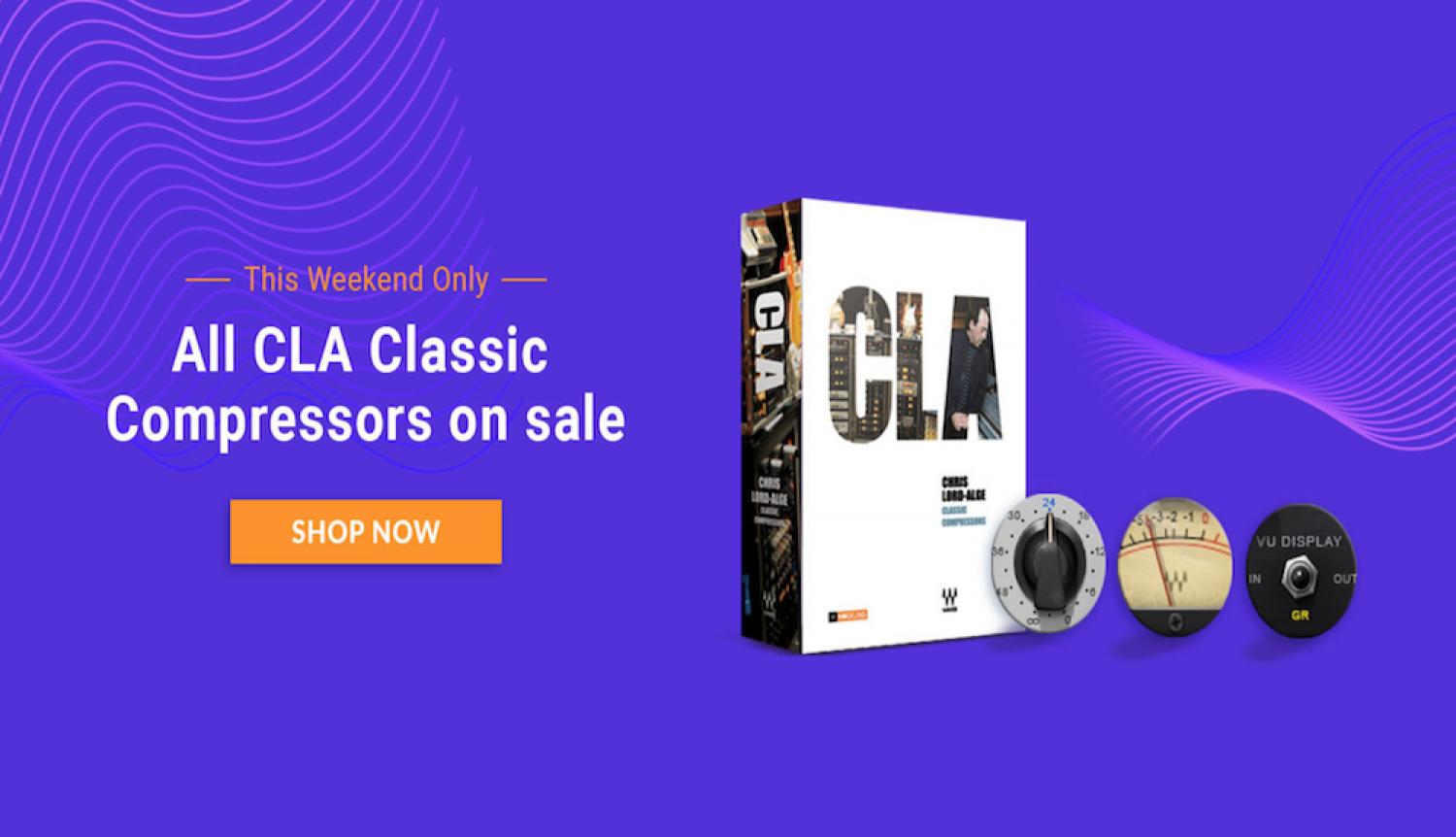 Quality plugins at an affordable price, especially those from top developers like Waves,can become quite hard to come by. Typically, one can expect to pay upwards of $200 for a single plugin at the cheapest end of all that are available. But summertime is nearing its end, and Waves has decided they want to make sure your mixes stay warm and bundled as we head into fall. The company kicked off a Weekend Sale running through this weekend only, and are offering all of its CLA Classic Compressors at a major fraction of their original prices.

Included in the Waves Weekend Sale is the CLA-76 Compressor/Limiter, designed to model the sound that an 1176 outboard compressor would deliver. It has a super fast attack time, and even gives you the famed “mistake” discovery option of pushing all of the ratio buttons in at once for a super smashed sound, and lets you switch your color scheme between all black, and blue/silver. Also included in this hot deal is the CLA-2A Compressor/Limiter modeled after the LA-2A outboard compressor. As most of you likely know, this will sound great on guitars & bass, but vocals is where it truly shines. Finally, the CLA-3A Compressor/Limiter, which is modeled after the LA-3A outboard unit. This compressor’s strongest suit is on bass, and is well known for an amazingly transparent compression curve, and subtle harmonic distortion that can add some great character to whatever you decide to place it on. If you’d rather throw caution to the wind and decide you can’t live with any one or two of these compressors, you also have the option to get the entire bundle for a discount that’s even more insane.

Here are all of the discounted and original prices for all of these options available throughout the Waves Weekend Sale:

As you can see, these are some major savings being offered of up to 88% off of market price for some plugins that will do a huge service to your mixes. If you want to learn more about this deal, head on over to Waves’ website, but don’t hang around there too long before these deals fade away at the start of next week!