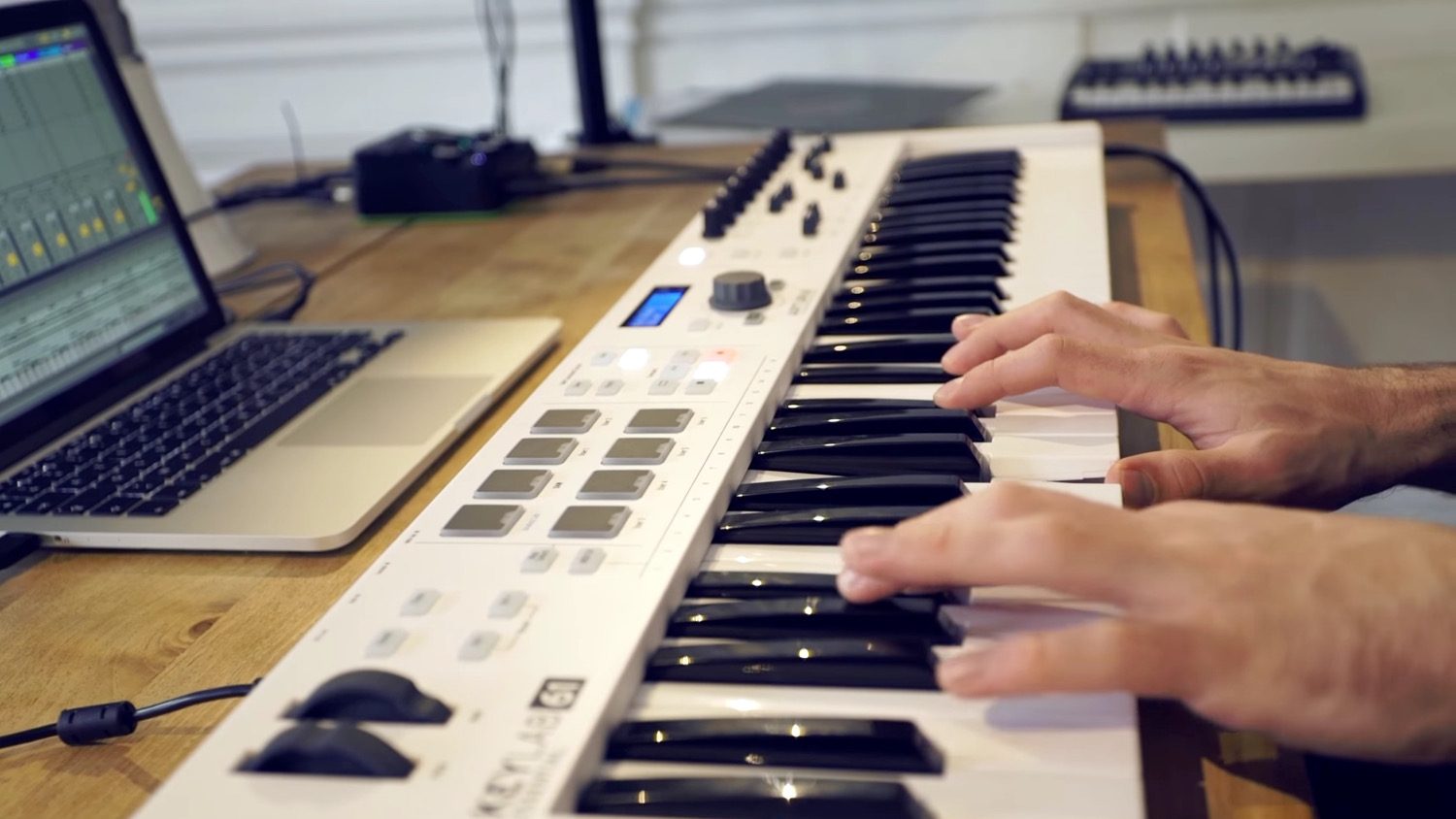 As the name suggests, the controllers are stripped-down versions of the already-available KeyLab 49 and KeyLab 61, which offer a combination of keys, drum pads, and faders. While the KeyLab 49, for example, offers a series of 10 knobs, nine faders, and 16 pads, the KeyLab Essential 49 offers 8 drum pads and a refined setup. The Essential keyboards still have 9 faders and

The KeyLab Essential controllers also offer a few handy features to make music-making a little simpler. For example, the controllers have a “chord mode,” which basically allows users to automatically have chords play simply by pressing down the root of the chord — one key. It’s a prefect option for novice keyboardists, and while it probably won’t replace learning keyboard and music theory, it does offer a quick solution for amateurs.

The KeyLab series isn’t the only series of controllers on offer by Arturia. The company launched a much smaller controller last year called the MiniLab MkII, which offers 25 keys, eight drum pads, and 16 knobs. Of course, the company also offers a series of analog synthesizers and software, both of which have grown in popularity over the past few years.

If you’re interested in getting the KeyLab Essential 49 or 61 for yourself, you can pre-order it from Arturia’s website. If you’d prefer to go for the more functional KeyLab 49 or KeyLab 61, head to Arturia’s Amazon store.

Check out the Arturia KeyLab Essential intro video below.