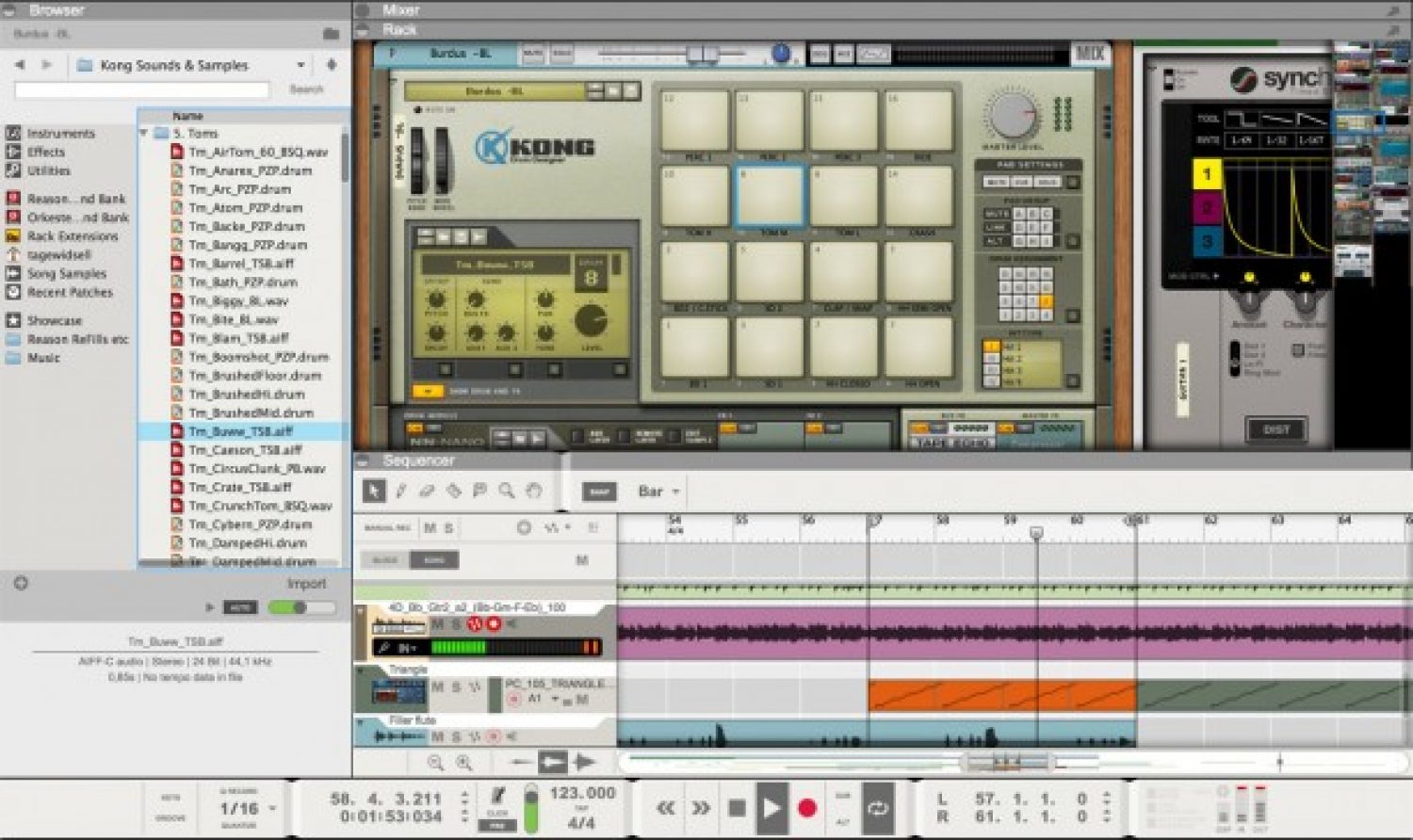 Propellerhead‘s release of Reason 8 comes as a fresh new look to the DAW and keeps everything users love about the intuitive routing and design capabilities of a limitless amount of sounds, while adding a few new items to keep users moving quickly and efficiently throughout the interface. With a new streamlined setup, users familiar with Reason won’t have any trouble using version 8, and those new to Reason will benefit from how easy it is to get right to making music.

The clean new look of the Reason interface will be the first thing to steal your attention. The bold and flat design mimics the look of newly launched operating systems, such as Apple’s OS X Yosemite. The design allows for easy direction for users who may be unfamiliar with Reason’s workflow. A very obvious addition is the new browser window, which allows for much easier drag and drop of instruments and effects. When working with instruments in Reason, the browser follows along with you, showing you the plethora of presets included with the instrument currently in use. Drag and drop also works when trying new patches out. Simply drag a new patch over the one on the instrument of choice, and parameters are updated. The browser also has a simple search function, allowing for quick access to the items you use most. Knowing the browser is key to getting what you want with speed, and it’s a breeze to become familiar with in Reason 8.

As always, the much loved instruments and effects of Reason 7 are still along for the ride in version 8. With that is the addition of two new effects modules aimed at guitarists. Softube-designed guitar and bass modules give much more flexibility than in previous versions of Reason, and the control within the modules is simple and sounds great. Both head and cabinet emulation is included and can be tweaked. Presets are also included to give starting points, instead of building from scratch. These modules also are interesting to use with synths and drums, and can add some nice grit to a tone.

Reason’s sequencer remains mostly the same, with the visual enhancements being the most notable. Reason’s Remote now allows for controlling of MIDI within Reason from multiple controllers, allowing multiple people collaborate together.

Reason 8 as a whole is a solid DAW, and it comes as no surprise; Propellerhead has always kept Reason on top of the competitive DAW world with its much different but very logical workflow. If you’re not a Reason owner, this is a no-brainer. With all the included instruments and presets, there’s loads you can add to your arsenal with Reason, and the ability to Rewire right into your favorite DAW should seal the deal. For those owning older versions of Reason, the enhanced workflow in version 8 is a good motive for upgrading.