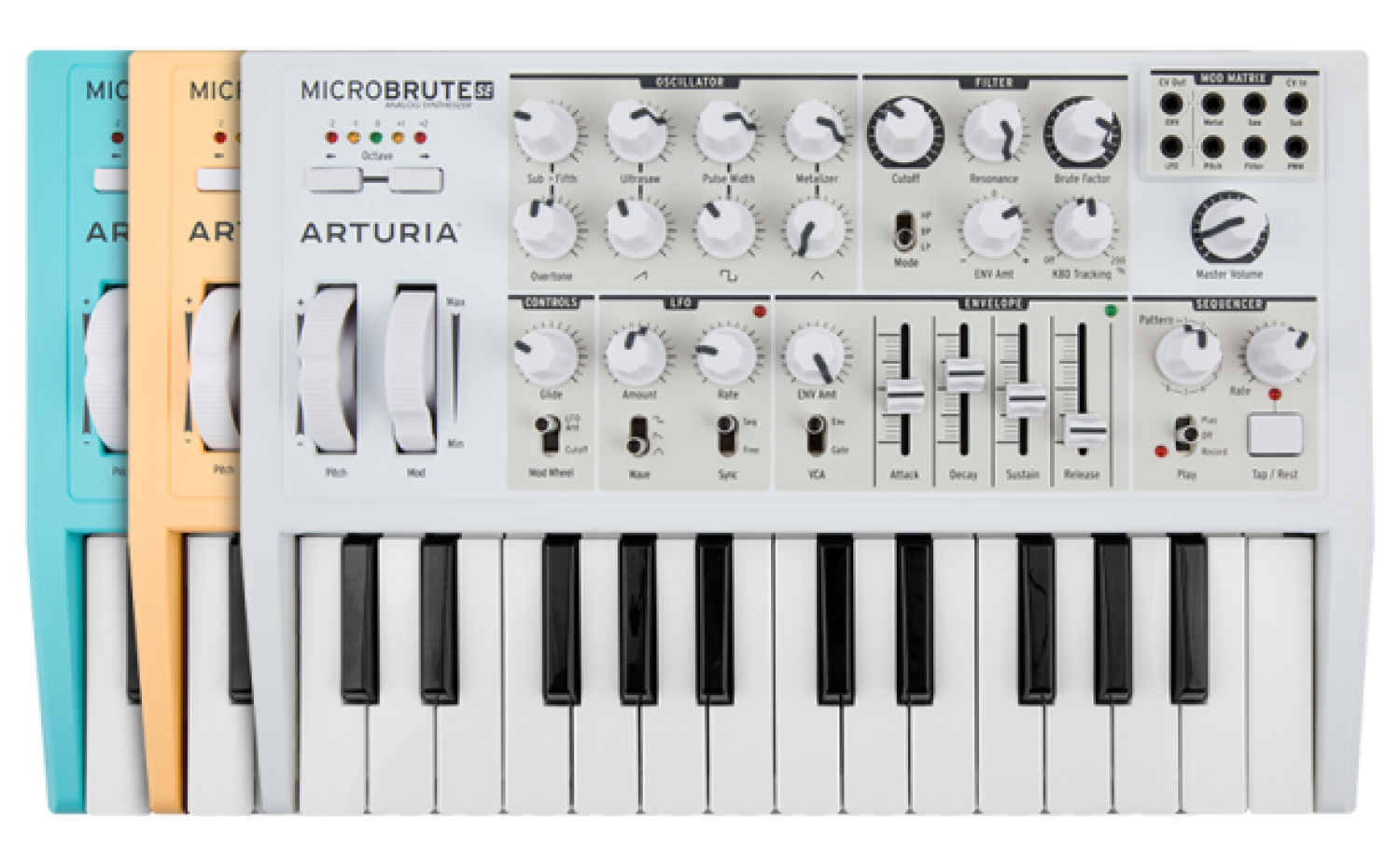 The MicroBrute SE is well laid out and is not too daunting to look at. All the controls for the device are easy to access, without the users feeling like they don’t have proper control of the sounds.

The oscillator includes a number of interesting features, such as the sub-oscillator, which adds another layer of beef to the sound. Each wave type also has another layer of controls. These include the “Ultrasaw,” which layers two more sawtooth waveforms on top of the original, giving it a bit more grit. Users can also modulate these added waves through the modular patchbay on the device. The pulse width on the square wave allows users to create pulse width modulation effects through the patchbay. The triangle wave include’s a “Metalizer” parameter, which gives much more grit and adds aggressive harmonics to the triangle wave.

The filter on the synth is very punchy and gritty. It’s not subtle, but that’s not a bad thing. It allows for lowpass, bandpass or high pass filtering, like its big brother, the MiniBrute. It also includes a “Brute Factor” knob, which allows essentially takes the output of the synth and feeds it back into the the filter. The word “Brute Factor” is certainly an appropriate name for this feature, which definitely helps make the synth seem bigger than its tiny footprint.

The “Controls,” “LFO,” and Envelope of the synth are certainly nothing unexpected. They sound great and are easy to control, which is really all you can ask from them. While the LFO is limited to the three main waveform types, the fact that the synth is so cheap and easy to use negates the need for a more complex feature. The synth also includes a step sequencer, which includes eight memory slots for patterns and eight steps per memory slot, giving a total of 64 steps.

The Arturia MicroBrute (and MicroBrute SE) is a great, low-cost analog synthesizer. When I say low-cost, I mean it. In fact, for $299, you simply can’t do much better. It’s versatile and sounds great, plus it is easy to use with other Arturia hardware, such as the BeatStep.