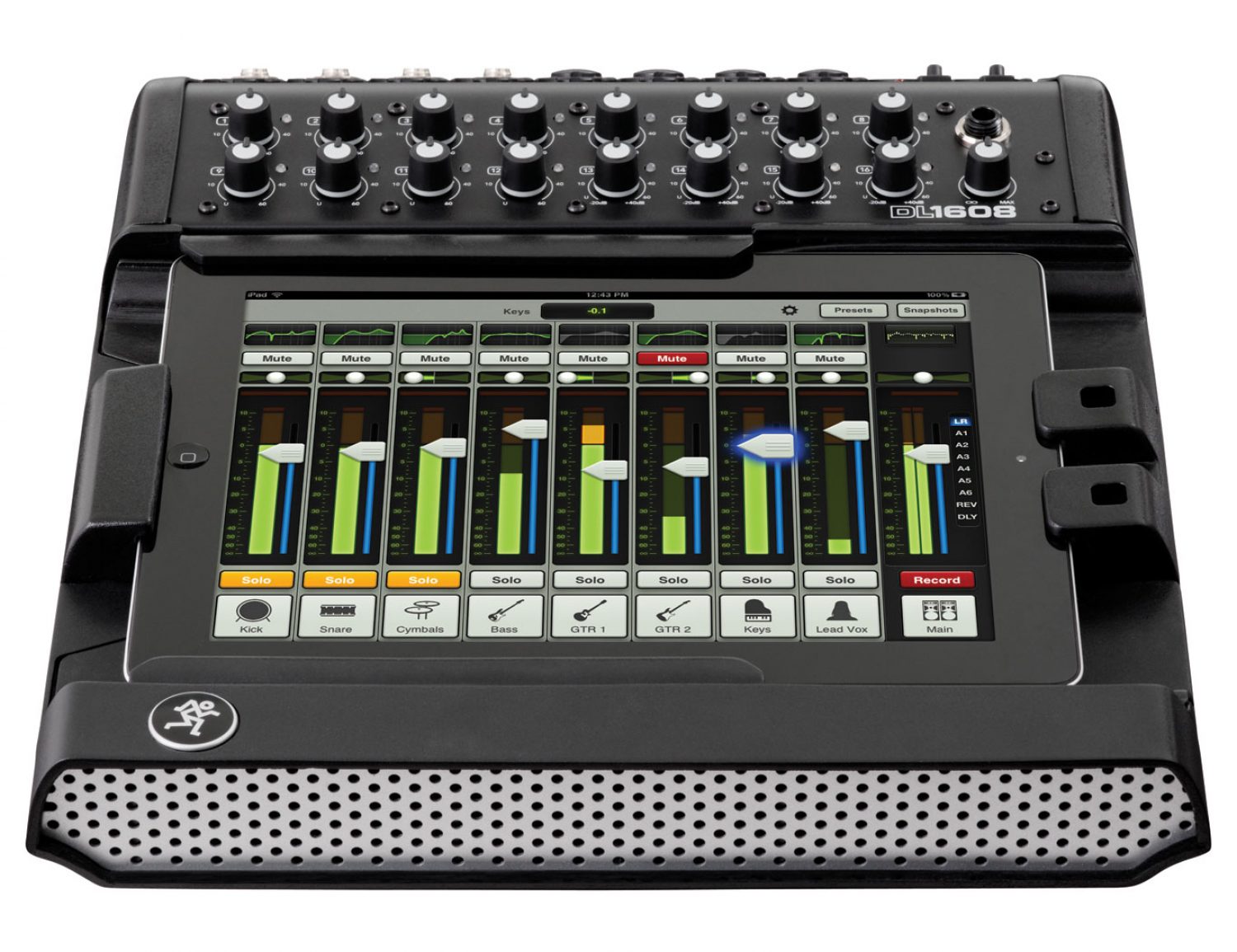 This past weekend I was the engineer at a small festival. I didn’t prep the gear, I just showed up. Long story short, I got a bad mixer and the output section pretty much blew up. Bad deal huh? So thankfully, the headlining band brought a Mackie DL mixing console. Let me tell you, I’m a believer now. They brought the 16 channel one and it was great. We had a bad mix position, so their engineer basically se the pre amps, disconnected the iPad, and sat next to the Oyster stand the whole time while mixing the show. That’s the exact reason this is useful. If you only have 16 inputs, chances are you’re playing somewhere small or where they don’t understand the term FRONT of house. This way you don’t have to fight the promoter. Throw the board in monitor world and then go with it. Now to the technical stuff:

Whats cool about the wireless network and 10 devices, is you can be just the FOH guy. No double dipping. If everyone has iPhones or iPads, then they can log on. Say “you’re aux 1, you’re 2,..” so on and so forth, and they can do their mix. What. A. Concept. Sure, I’d go up and ring them out for feedback purposes, but wow that’s handy. The only thing that I would change, is a way to get your talkback and headphones on the iPad. If it’s an attachable interface or whatever, it would be fully complete to be able to make your iPad a stand alone FOH. BUT, beggars can’t be choosers. So if you get the chance, use one. Learn it. Embrace it. Love it. Because it’s not going away.