Home > News > Finally! The classic Gibson lineup we’ve been waiting for is here 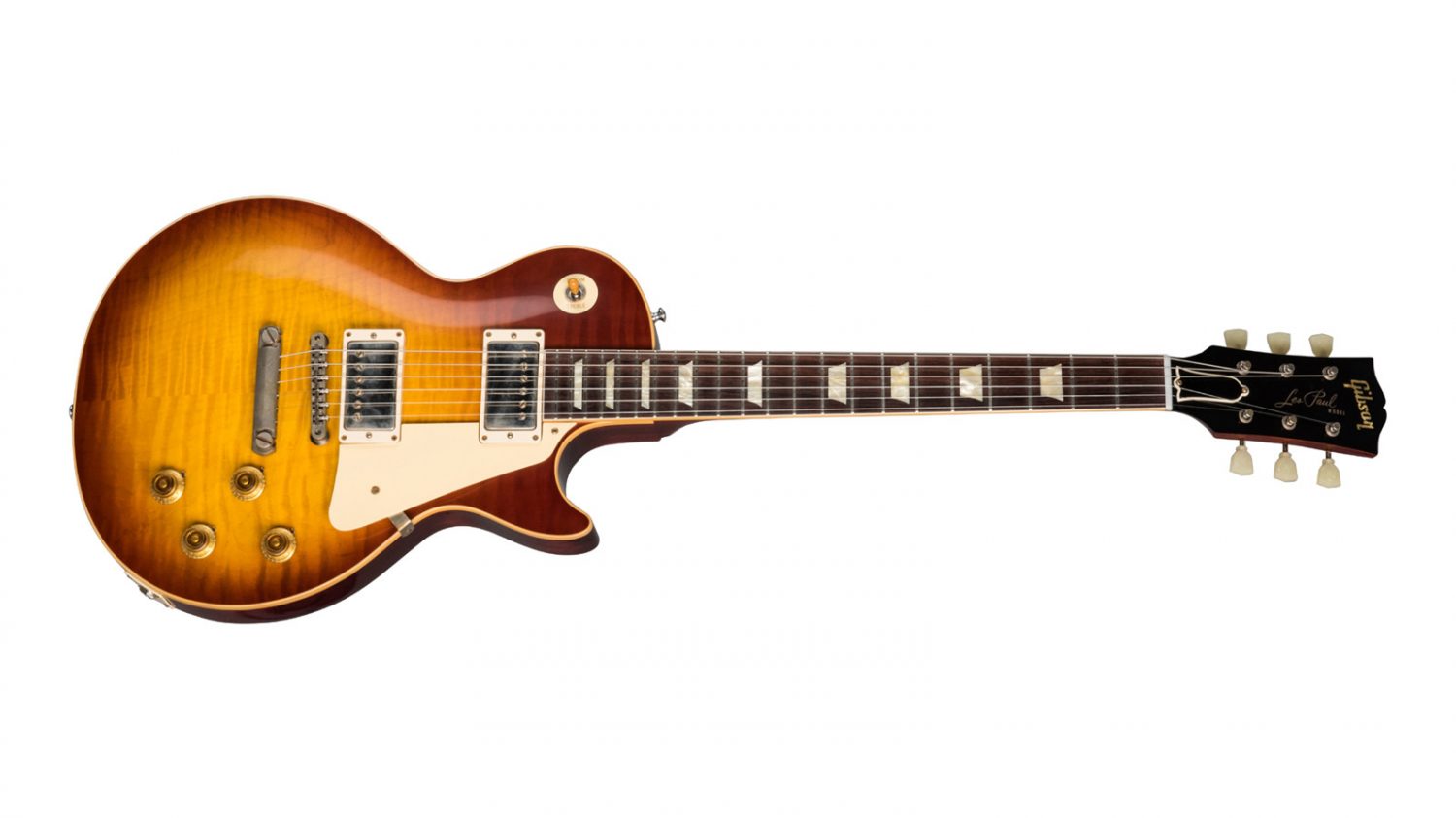 Long has Gibson been riding its own coattails. Its strange colors, new age hardware, and lengthy model lines have sometimes confused and frustrated guitar players. Those features aren’t gone entirely, however, the range of guitars with these features has been scaled back for 2019 as the company directs its focus on its rich and storied past.

This year, the fine folks at Gibson have decided to give the guitar community what it wants. The new 2019 lineup focuses primarily on the incredible heritage of the Gibson company, with a select few models that include modern appointments, design, and hardware. Players looking for features like locking tuners, chambered bodies, and coil-tapping need look no further than the Modern series Les Paul and SG. But this year isn’t about those players. This year is about the vast community of us who like Les Pauls that are heavy. Those of us who who prefer a Tune-O-Matic bridge over a Floyd Rose. This IS your grandfather’s Gibson.

Enough pomp, it is time for the circumstance. Gibson has presented several noteworthy, heritage-oriented guitars this year. Aside from traditional Les Paul and SG models hearkening back to the 50s and 60s, there’s a lot of excitement around the Double Cut Les Paul Standard and Junior models. We even get a double cut bass model for 2019, complete with the Bass Bucker pickup, classic Gibson short scale, and a push-pull pot, allowing for vast tonal options. This EB-0 style bass has replaced the modern EB basses, which were not particularly attractive nor well received by the public. The guitar range is further rounded by the wacky Gibsons of the late 50s and early 60s. The Flying V and Explorer remain and are offered with classic appointments and as the B-2 models. The B-2 models are clearly made for metal, coming only in ebony black and having metal friendly appointments. They feature dirty fingers pickups and a simplified configuration of master volume, master tone, and a 3-way selector.

For the traditionalist, the standard V and Explorer will strike a particularly pleasant chord. White pick-guards house Burstbucker pickups atop a bed of Mahogany with a simple, natural finish. The instruments are completed by the three-knob configuration that Flying V and Explorer purists are used to. To finish off the solid-body lineup, the Firebird (reverse body, of course) brings us home with its rockin’ mini humbuckers, through neck construction, and of course, the killer looks.

No guitar company has encountered the level of controversy that Gibson has dealt with over the past few years. Now, under new leadership, it seems that Gibson is bringing us back into the Golden age. The heritage of the company is being respected, and the diversity for the modern age is under control.